Ten years ago, it would have been impossible – or at least very difficult – to imagine strategy games on consoles. Sure, there had been tactical RPGs like Fire Emblem and even Microsoft and Ensemble took a stab at an Xbox 360 RTS with Halo Wars. However, with the advent of current gen consoles like the Xbox One and PS4, more and more developers are keen to bring their PC strategy titles over. Such is the case with Gaming Minds Studio’s Grand Ages: Medieval which mixes historical accuracy with violent tactical combat.

GamingBolt spoke to creative director Daniel Dumont who talked about the various aspects of Grand Ages: Medieval, bringing the game to PS4 and the various hurdles encountered in development. 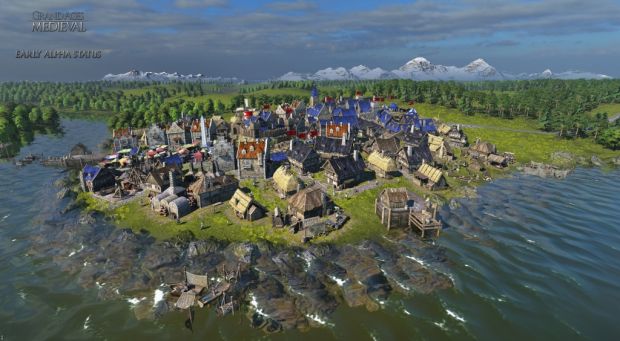 "There are more than 20 different units, among them swordsmen, pikemen, long-range fighters, horsemen and ships. Some troops can only be recruited in certain regions."

Rashid K. Sayed: Strategy games aren’t necessarily my strong suit but hearing about Grand Ages: Medieval has certainly piqued my interest. What can you tell new players about the franchise and how it differentiates itself from other historical strategy games?

Daniel Dumont: At first, GAM is a unique real time-strategy-mix of conquer and economy. One the one hand, the user has to focus on founding new town, exploration, expansion and conquering. On the other hand, the user has also to deal with the economy situation “behind the lines”: increase population by building productions sites, link towns with roads and establish trade-routes. This mix leads to some mechanics like supporting troops with produced resources, which are new in this genre.

Rashid K. Sayed: Players in Grand Ages: Medieval will be able to use different tactics to further their empire. How diverse are these tactics? Can players effectively win the game without ever going to war?

Daniel Dumont: For example, you can build many small town or only a few large towns to have the same amount of citizens. Expansion versus economy. Or you can develop your military faster than your production diversity. And you can capture towns with military means or just with economical methods. So yes, you can win the game without declaring war. However, there are still aggressive opponents, bandits and wild animals who you to have a steady army ready.

Rashid K. Sayed: For the more bloodthirsty players, what are the different units that players can take into battle? And what kind of armies will they encounter in their quest?

Daniel Dumont: There are more than 20 different units, among them swordsmen, pikemen, long-range fighters, horsemen and ships. Some troops can only be recruited in certain regions. Troops follow the rock, paper, and scissors-principle and there are also bonuses for environment, experience and morale.

Rashid K. Sayed: The scope of the game sounds massive. How did you go about creating such a large world? Did it make balancing work on the more nuanced aspects difficult?

Daniel Dumont: We created the world with real map data for the coastlines and the rivers. Then we defined areas for mountains and forests and used a generical process for modeling these objects. Most important was balancing the resources, as the regions should be comparable, just think of multiplayer. However, some rare resources are linked to the “real” environment, like fish, coal, iron, salt and wine. We needed lots of iterations before it worked. 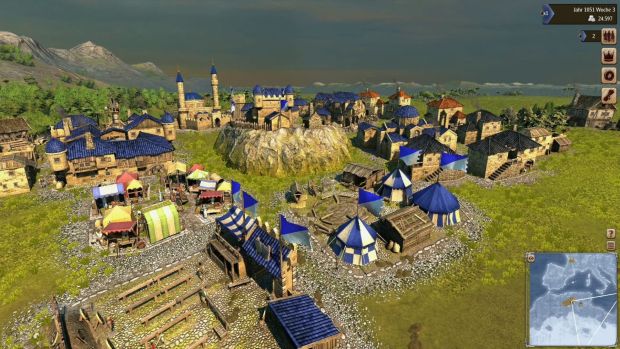 "Thanks to the starting and victory options, games from 30 minutes to 30 hours can be set up."

Rashid K. Sayed: What kind of improvements can players look forward to in Grand Ages: Medieval compared to the game’s predecessor?

Daniel Dumont: “Grand Ages: Medieval” has not much to do with “Grand Ages: Rome”. Both are global strategy games but the mechanics are completely different as GAM was always meant to have a strong economy part as well. So the decision to use “Grand Ages” is more because of marketing reasons.

Rashid K. Sayed: The eight player multiplayer support is interesting. Will there be different modes players can take part in like team play and free for all?

Daniel Dumont: The starting and victory conditions can be chosen with a diversity of options; however teams don’t have to be defined in the beginning. Instead, users can change their relation using the diplomacy system within the game.

Rashid K. Sayed: We read about different “protocols” that can be set for multiplayer when you feel like taking a break. Can you tell us more about these?

Daniel Dumont: Thanks to the starting and victory options, games from 30 minutes to 30 hours can be set up. You can always save a MP-game and continue it later with the same users and each user will get his slot back. The server can also remove a user or the AI from a slot and replace it with the AI or another user.

Rashid K. Sayed: Grand Ages: Medieval is the first game in the series to come to PS4. How hard was it to transition from a keyboard and mouse set-up to a controller, especially in terms of interface design?

Daniel Dumont: As we are also console players, most aspects were clear for us from the beginning. It was a lot of work, as we wanted to create an interface which feels PS4-original. To be honest, there are some areas which we would have designed different if we would have to create a PS4-version only. However, we made a lot of playtests and are now very satisfied with the results. 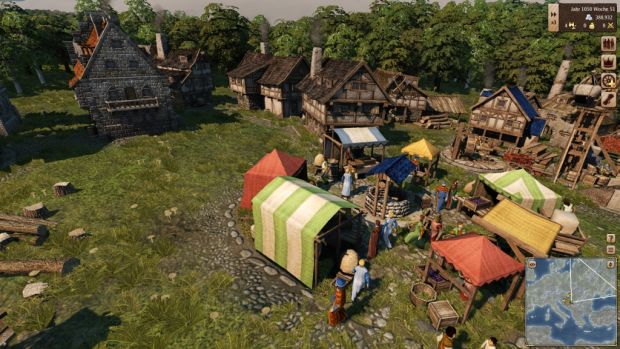 "The PS4 version has all features of the PC-version including the unlimited viewing distance. As this was our first title for PS4, it wasn’t a piece of cake to get there."

Rashid K. Sayed: The PS4 version of the game will be running at 1080p in each mode. Where you able to translate all the graphical features from the PC version to the PS4 or did you encounter any problems along the way?

Daniel Dumont: The PS4 version has all features of the PC-version including the unlimited viewing distance. As this was our first title for PS4, it wasn’t a piece of cake to get there. However, we are using our own in-house-engine which we fully understand. This made it possible for us to translate and optimize every feature. And we had not stopped before as we knew that the PS4 offers a powerful hardware. However, we ran into problems with the CPU as we have some very deep simulations running in the background which really pushed the CPU to the limit, especially when using the fast-forward feature. So we had to tweak and optimize here as well until everything ran smoothly.

Rashid K. Sayed: What are your thoughts on bringing future titles to consoles in the future? Do you believe there is a strong market for console strategy titles?

Daniel Dumont: Of course we have to see how GAM performs on the PS4. But I would definitely answer with “yes” and “yes”…

Rashid K. Sayed: What are your thoughts on DirectX 12 and how do you think it will impact games performance?

Daniel Dumont: We will support DirectX12 in our next game and we think it will offer us a lot of possibilities to improve our in-house-engine as we are already seeing that we are losing some performance in the graphic drivers. However, it will take some time before developers can forget about 11 or earlier as these versions will be supported for many years from now.

Rashid K. Sayed: What are your thoughts on the PS4 API? Do different do you find it to the ones you are using on the PC? Has Sony improved its performance since the launch of the PS4?

Daniel Dumont: The API was straightforward to use and comes with a great toolchain, which allows in-depth analysis of CPU and GPU captures. Also, we got great support from the Sony developer support.

Rashid K. Sayed: What kind of advantages has the GDDR5 memory delivered to you in terms of performance of the PS4 versions?

Daniel Dumont: When we started working with the PS4 we had no concrete idea about the power of the GPU and if we would have to reduce details and visual quality. However, after some weeks, we were very positive impressed and we decided to go for full visual quality – and this turned out the best way. We are sure, that the GDD5 memory plays its part in it.