Those who played the first Grand Slam Tennis title on the Wii in 2009 will realize how starkly different the latest entry in EA Sports’ tennis franchise is. While the former was more about arcady, cartoony fun, Grand Slam Tennis 2 follows suite with FIFA and Madden, EA Sports’ two main franchises, and takes a much more realistic path. And though its a very well made game that succeeds in most of the things it does, it never really manages to reach the lofty heights of other tennis heavyweights such as Top Spin 4 and Virtua Tennis 4. 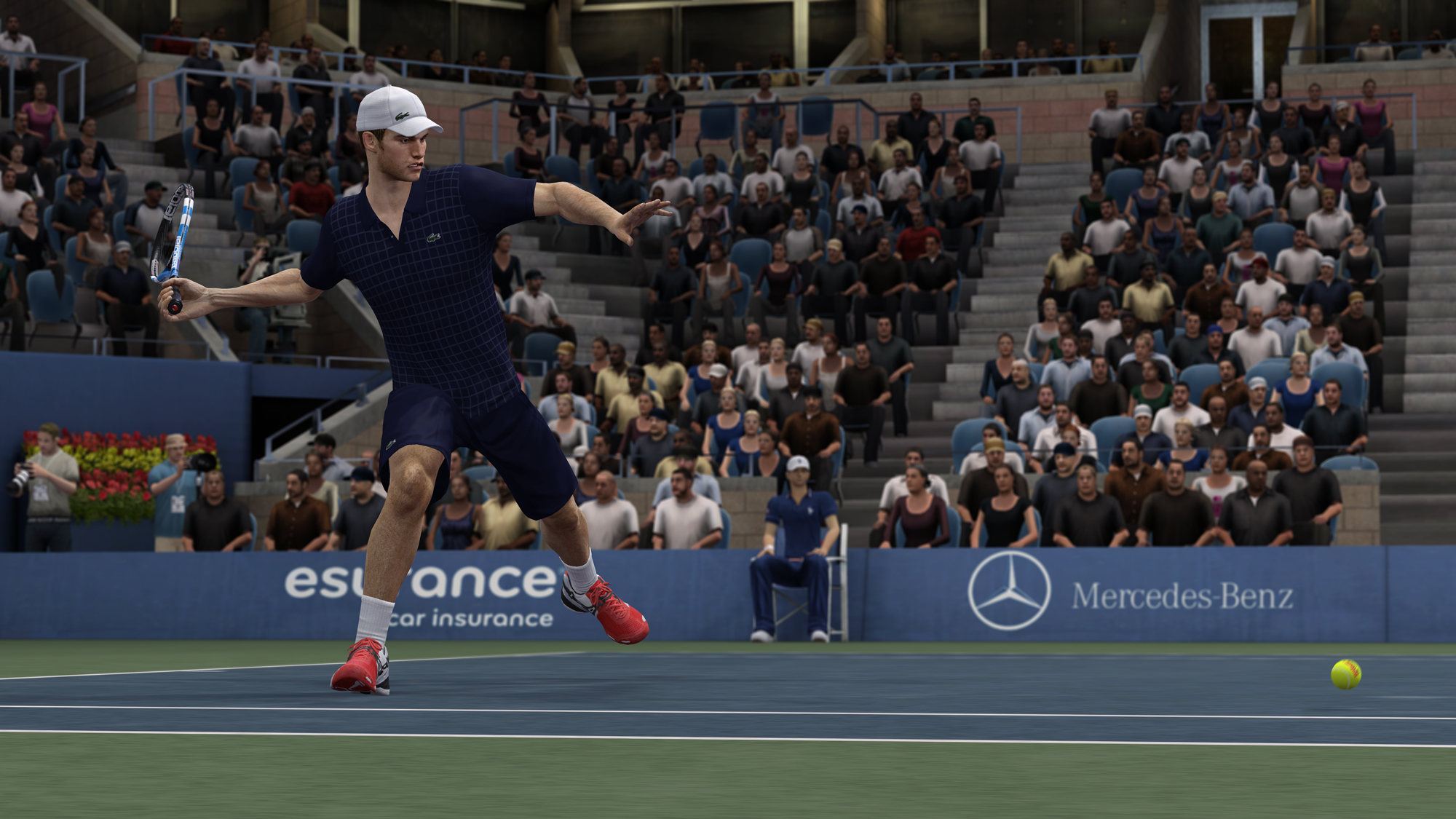 That doesn’t make Grand Slam Tennis 2 a bad game. It’s an extremely enjoyable, addictive game that will keep you coming back for more sets and matches for some days to come. What Grand Slam Tennis 2 lacks in is the passion that drives forwardthe direct competitor franchise, Top Spin, or any major EA Sports games, for that matter. EA Sports has played it safe with Grand Slam 2. The single player is as bare bones as it can be, with just three modes, all very basic- exhibition, career and tournament. The online mode, while engaging and addictive, has only exhibition and tournaments too. It’s quite obvious that, being EA Sports’ first entry into the tennis simulation– and not arcade- genre, they would have wanted to play it safe, but where are all the quirky modes we expect to see in an EA Sports game? Where is the deep, comprehensive online mode?

While these omissions are glaring and do deal a blow to the experience in a significant way, there are some extremely thrilling pros that tip the

balance in favour of the game (somewhat). For starters, for the first time in any tennis video game, Grand Slam Tennis 2 includes all four Grand Slam venues, including the legendary Wimbledon, which is as iconic to the sport as Lords is to cricket or Wembley to football.

EA Sports has once again gone out of the way to get hold of as many licenses as possible, resulting in a rather impressive collection of ATP players and stadiums, not to mention all the sports merchandise (shoes, bands, racquets, etc). Every player from Nadal and Federer to Murray and Hewitt is included in the roster, and you get to play in courts ranging from Roland Garros to, of course, the fabled Wimbledon- all four Grand Slams.

What is not so impressive, however, is the WTA- or female players- roster. The Williams sisters are present, but the only other players included are Maria Sharapova and Ana Ivanović. Where is Samantha Stosur? Where is Petra Kvitova? Where is Victoria Azarenka? Not only are these omissions disappointing, the fact that only four players are included in the females roster is a huge blow to the game.

The presentation of the game, though, leaves no stones unturned. If a person enters the room and glances at the screen, they’d think you were watching an actual match. The visuals are extremely good, with very well developed character models (likenesses are amazing) and courts, nice textures and the ESPN

branding helps in making the presentation all that much slicker and realistic. Even the menus are slick and stylish. Bearing a strong resemblance to all other major EA Sports titles, the menus do a good job of showing everything that has to be shown. Presentation has always been one of EA Sports’ strongest suites, so this doesn’t come as much of a surprise.

The sucky commentary breaks this illusion of a real time tennis match plenty, though. While at first commentators Pat Cash and legend John McEnroe seem to be doing an awesome job of describing and analysing, after just a few games, you realize that the duo doesn’t have much to say, and they keep repeating things over and over again. I can’t tell you how many times I heard McEnroe talk excitedly about going deep. Sound effects do a nice job of building the atmosphere though.

But enough about what’s not right with the game. Let’s talk the gameplay. 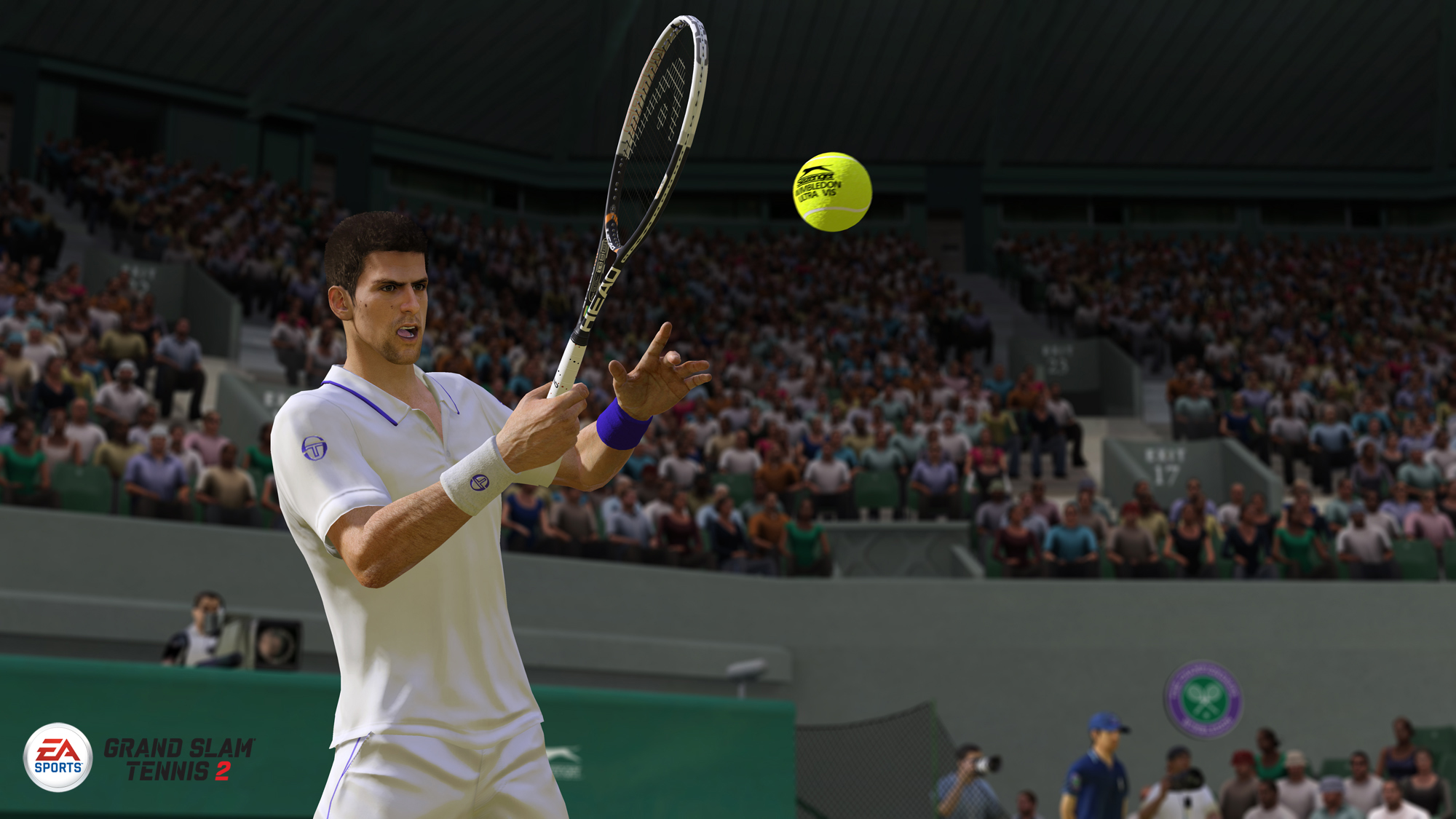 As you’d expect from an EA Sports game, Grand Slam Tennis 2 tries to take all the nuances of the sport and tries to put it into the control of buttons and sticks. Much like the the Impact Engine in FIFA, Total Racquet Control is a features which adds complexity and realness to the game. Total Racquet Control gives players, well, total control over their racquets- how they swing, where they swing, how hard they swing. Basically, the right analog stick is used to control your swings. You push forward for flat shots, flick forward for top spins and pull back slices, while giving direction with the same stick as well.

It’s not easy. It’s fairly complex, and it will take a couple hours to get used to and perfectly master, since nothing like this been seen in a tennis game before. But once you do master it, it’s one of the most rewarding control schemes ever, perfectly capturing the nuances of the sport, and
giving you almost absolute control over the game with the ability to pull off the most accurate and skillful shots. There are times when it reads some of the shots wrongly, but the system works extremely well for the most part.

For those players who don’t want to invest so much of their time in a control scheme, you can just use the face buttons for the shots while giving direction with the left stick. While not as realistic and accurate as the Total Racquet Control scheme, it’s still fun and works well. It is perhaps this mindset that makes Grand Slam Tennis 2 such an accessible game, so that both, fans of the sport and those who’re just looking for some lighthearted fun, can enjoy the game.

Now, for the career mode. While enjoyable and addicting, the career modes is pretty bare bones, and doesn’t have the depth and complexities like you would see in other sports titles like, say, NBA or FIFA. You basically create a player, customize it and watch as it rises through the ranks. While there is a sense of personal achievement when you see your player becoming a star, the career mode lacks any spark, and it doesn’t have much variety.

For that matter, the game itself doesn’t have much variety at all. As mentioned at the beginning of the review, there are not many modes to play, and that results in a somewhat stripped experience. You might get bored soon, and the game might start feeling repetitive.

Then there’s the fact that the difficulty in the career mode is inconsistent. After the second year (out of the ten years you play through as your character), the game really starts picking up momentum and gets really fun with harder difficulty and more intelligent AI, but before that, in the first two years, the difficulty is laughable and embarrassingly easy. Beating players like Djoković and Nadal with your player with a rating of 30-40 is not a big deal at all, and this takes away greatly from the illusion of realism and authenticity. 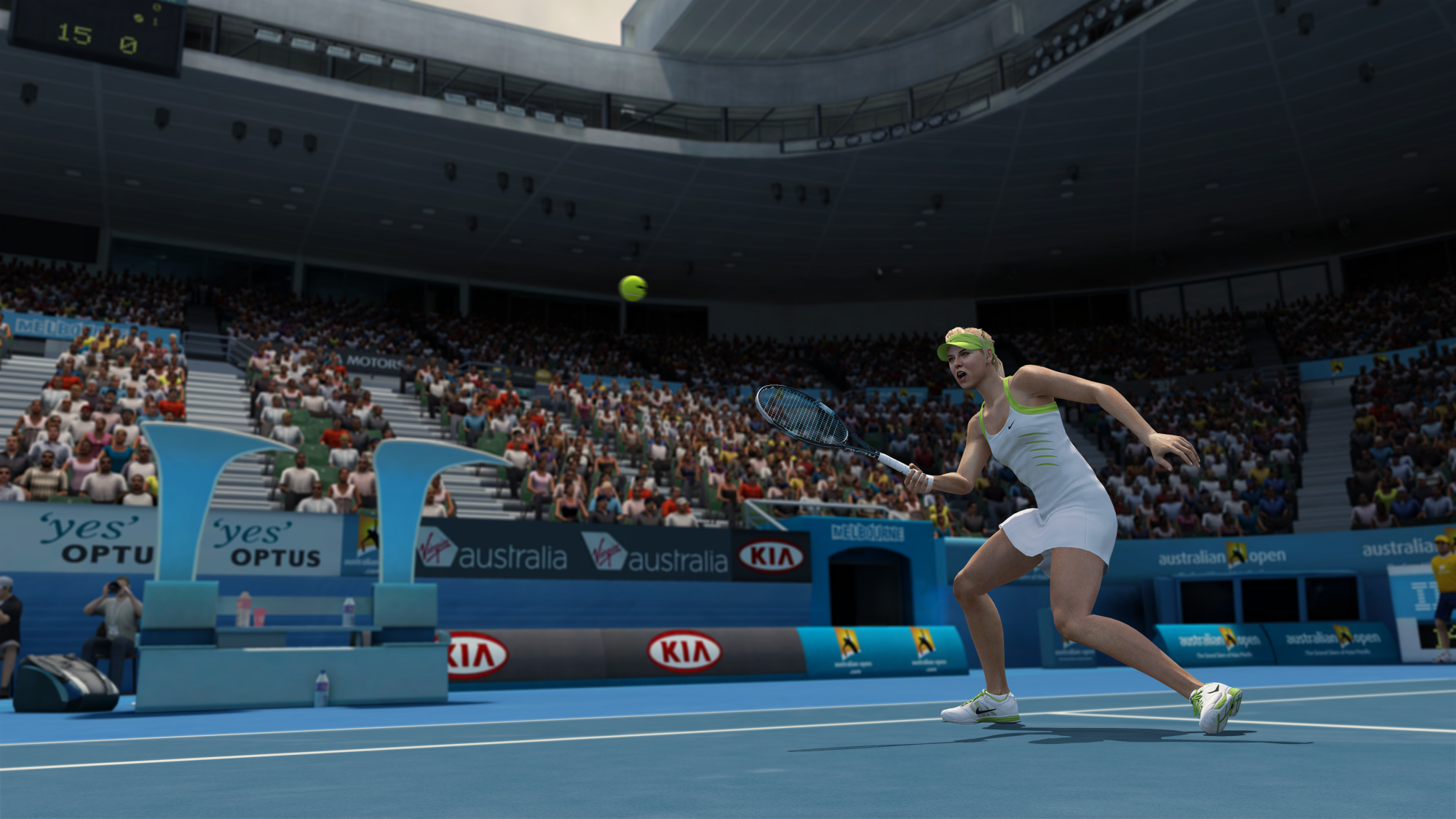 So yes, Grand Slam Tennis 2 does have a lot of problems, and no, it is nowhere near as good as Virtua Tennis 4. It needs more features, more modes, more quirks, more spirit. It needs more passion. But being EA Sports’ first entry into the tennis simulation genre, we didn’t expect it to reach the heights FIFA has in its genre anyway. Grand Slam Tennis is a very enjoyable game that has its faults but will keep you entertained for some months to come. If you’re interested in the sport of tennis, this purchase is a no-brainer.

Total Racquet Control is accurate and impressive; Visuals are great; Outstanding presentation with slick menus and ESPN branding; Licenses of various courts, sports mechandise and players; Wimbledon is included; Fairly accessible; Great roster; Seeing your player rise through the ranks is exciting and a ton of fun

Total Racquet Control can be hard to master; Commentary is boring and bland; Career mode has very little options; Very little modes to play through; Female roster is disappointing; The game can get repetitive and boring sometimes; AI is stupid in the initial stages of the career

Final Verdict:
SUPERB
Grand Slam Tennis 2 may not be the best game EA Sports has given out in the past few years, and it definitely doesn't have the flair to compete against Top Spin 4, but it still is a very well made game that casuals and hardcores alike can have a lot of fun with.
A copy of this game was provided by Developer/Publisher/Distributor/PR Agency for review purposes. Click here to know more about our Reviews Policy.