Greedfall wants to take you to its island, set you up with choices, then figure out your path to victory.

We finally had a chance to see some extensive footage of Greedfall from the developers at Spiders at this year’s E3. It’s an interesting take on a faction-based open-world where choices are vast as the title tries to deliver a fresh take on the common gameplay mechanics. We had a chance to sit down with Lead Writer of Greedfall, Jehanne Rousseau to ask her a few burning questions we had.

Greedfall looks to be a very ambitious game, where it’s seeming like literally everything the player will do and every quest they will undertake will somehow impact the rest of the game and all the other quests. Have you looked at any games that have accomplished something similar in terms of consequences and branching storytelling that have served as inspiration, or helped you with working on structuring and balancing?

We took inspiration from plenty of games. With our team at Spiders, we’re big RPG fans. I’ve been working in the video game industry for 20 years, I’ve been playing nearly all the RPGs since then. It’s difficult to tell you exactly what ones were the exact influence; I think it’s a mix of different things. For example, the faction system was probably inspired by Fallout — not the last one. I think it’s a mix of plenty of things. Of course we are still looking at recent games such as The Witcher 3.

I used to love Bioware games, but the last one was a bit disappointing. So I don’t want to talk to much about them. I don’t know of any games that have that many factions and consequence systems. It’s really a mix of plenty of things. And after a while it’s difficult to say where the ideas are coming from exactly. We just really love RPGs, we love the choices the game offers to the player. We’re trying to do our best with our team to reflect that.

The game is designed for a multiple endings depending on the deep narrative and choices you’ll be making along the way. How many endings does the game have?

It’s difficult to say. I would say mainly there are three types of endings. But you can also have the consequences of a lot of other choices. The main [endings] will look a little like the others. For example, the fact that some companions can leave the group, betray you, leave very early in the game, depending on your choices, of course this will change the way you will experiment the endings. So, your relationship is dependent on the faction. So, there are plenty of subtle differences from one to the other. But I think there are mainly three big paths you can find at the end.

"We’re really letting the player decide how to handle the situations. Some combat [situations] won’t be avoidable, but we really want some quests to be solved in different ways."

With a game that is as focused on character development and narrative as this one is, writing obviously has to be top notched? How are you making sure that Greedfall doesn’t disappoint in that area?

It’s a lot of trying and re-trying. We are working with some play-test groups that come and try the game. Of course, Focus Home Interactive, our publisher is helping us at this point. Working with some of the teams on their side to get a lot of different feedback on different skills: on the fighting, balance, but also on the different consequences. So, it’s something we can’t handle alone and we need some help. We need the publisher and the help of the players.

It’s been stated that characters in the game will react to you differently based on whether you’re more prone to using combat or stealth. Does that mean combat is always avoidable, if players should want to choose stealth instead? Are there boss fights in the game that can be avoided this way?

It’s not always stealth. We try to have different solutions to solve the quest. Stealth can be an option in one case, and combat can also be another option. Sometimes you can also bribe [your enemies], or you can have people change their point of view. Or in some case you can craft some items to exchange. It’s not always stealth or combat. It’s not a stealth game, there are plenty of different solutions. We’re really letting the player decide how to handle the situations. Some combat [situations] won’t be avoidable, but we really want some quests to be solved in different ways. You’ll have to fight at some moments in the story, but it’s not always the case. It’s not a bad solution to choose something else. 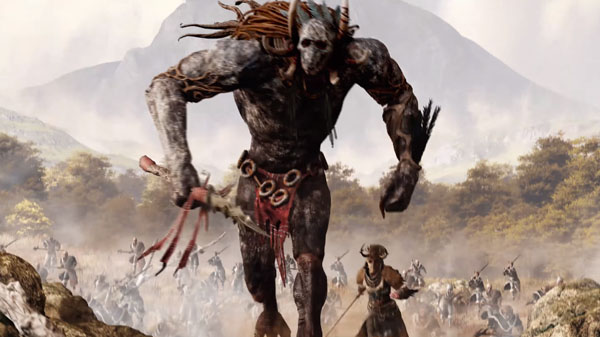 "We hope they enjoy the discovery and exploration of this island, and the journey more than just the end of the game."

Will siding with different factions also provide significantly different advantages and disadvantages from a gameplay perspective?

I think it’s not about advantages or disadvantages. It’s more about — I guess, it’s more about what we [players] want. We would prefer the player to choose because of the philosophy. We want him or her to enjoy the experience. It’s a role playing game. We want people to be able to role play.

What are you most excited about for players to see in the game?

I think that’s the discovery [aspect] of this island. Each village, each creature has its own story. All these details and the lore we’ve written…I think all of this is resulting into a deep universe, we hope that the players will enjoy. We hope they enjoy the discovery and exploration of this island, and the journey more than just the end of the game.