Codemasters’ racing reboot is shaping up to be an exciting one.

GRID is back after five years. This reboot of the franchise is one of the most beautiful and inviting racing sims I’ve played this generation, and it will be interesting to see what the full version is like later this year. With ongoing talks on accessibility and opening up games to a wider audience, it’s interesting to witness a racing simulator that’s known for its perfectionist attitude to not only open its doors for a more casual audience, but also keep the doors open for those who’re looking for something more “hardcore”.

The developers at Codemasters had a heavy task at hand. After a rocky road with the GRID series, they decided to bring the franchise back to its glory days. With that being the draw to the franchise reboot, I can say that yes, I am excited to get my hands on the full version when it releases later this year.

When I got my hands on the controller for the demo at E3 2019, I really felt the traction of the road, the curves of the track, and the adrenaline of passing my opponents. What’s also very impressive is that GRID has a ridiculous amount of content that will be available day one. The track I had a chance to play at this year’s E3 wasn’t as challenging or competitive as many of the others there will be throughout the career and multiplayer, but it gave me a sense of what the developers were going for throughout the game.

With improved traction and handling, GRID offers a new selection of options on how to turn these already extraordinary cars at your hands into the speed demons you need them to be. This comes in the form of assists for changing the balance and pitch between each car to get that perfect feeling. Nailing down exactly what car works best for you is the key to having that authenticity that makes this simulator so unique and so real.

There are tons of moments during the course of a race that were described as almost being random occurrences, such as aggressive takeovers. GRID wasn’t developed with violence in mind, but the developers don’t discourage aggressive driving. You can take the game as intended and race around the circuit, trying your best, avoiding collisions and whatnot. But there’s a level of ingenuity built into opponent AI that allows those you’re competing against in single player to take the necessary actions of passing you. 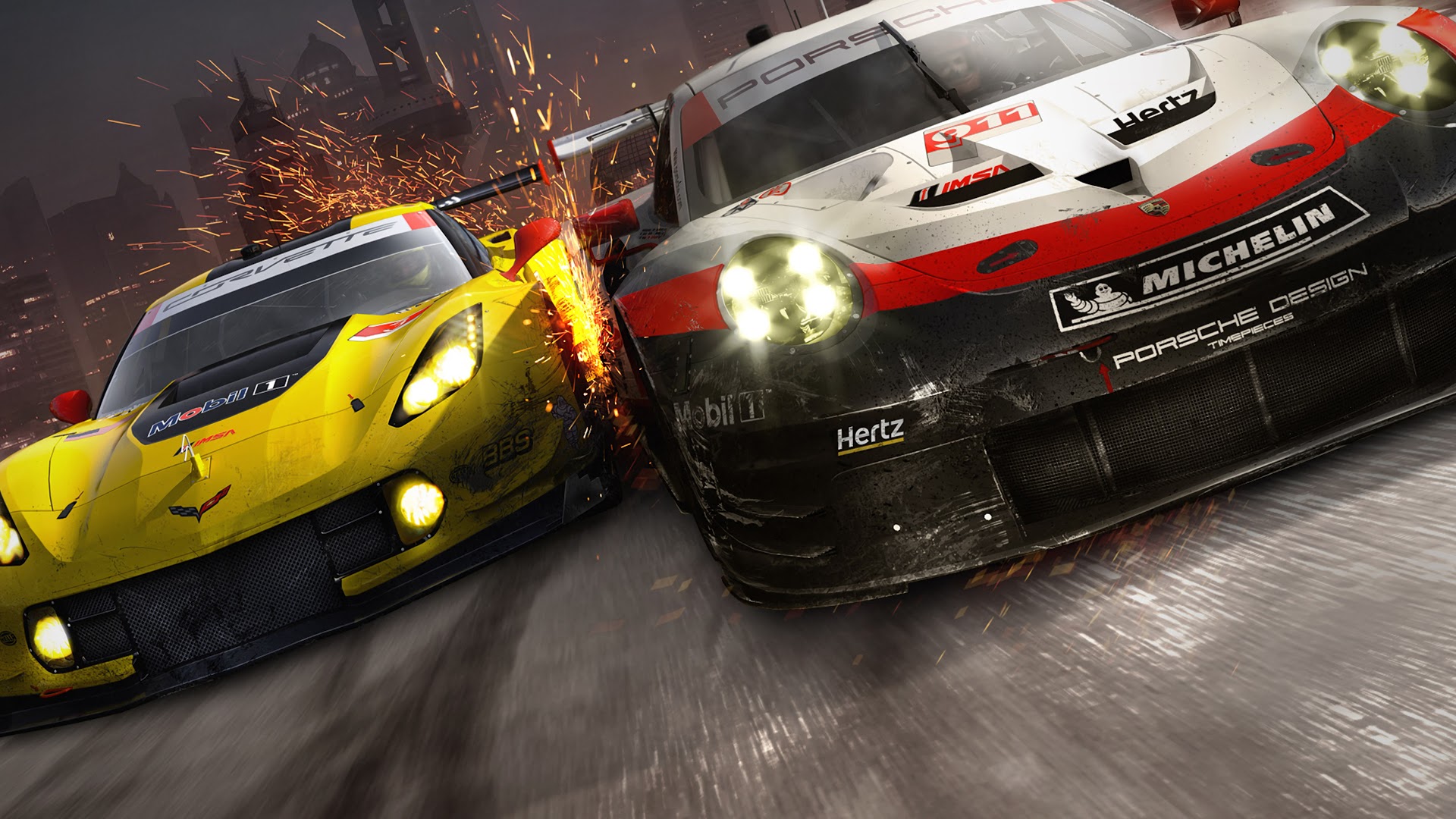 Another new and fun feature within the career is teammates. It’s possible to team up with another driver during a race to try and share a win in one fashion or another. In the demo, I was teamed up outside the race with a driver who I can trust in the game, but I can also cause him to lose my trust if I feel like it. Him or his crew can give me simple objectives, such as ‘Slow down around this bend to open up a path for me to take the lead.’

Now, I can do so and give this teammate exactly what he wants, which will earn me more respect later on with his crew and increase what the game calls a loyalty factor. Or I can decide to go my own way, ignore their directions and drive my way. If I decide to play nice, these loyal teammates will hold other drivers back for me, or attempt certain manoeuvres or takeovers that will keep me on track toward a fight for the win. How deep this loyalty factor goes within the career mode isn’t something I was able to suss out from just the demo, though, but it’s certainly an interesting mechanic.

Conversely, there are nemeses in the game, too. Nemeses are earned on the track, and this can occur at a moment’s notice. Nemeses are drivers who typically have the same level of skill as you. During another race, I found myself in the middle of the pack fighting to gain ground. As opponents passed me and I passed them, I eventually found a driver whom I was sparring with. This caused the game to label this driver as my ‘nemesis’ even though neither of us were in position to win the race. It’s ultimately dependent on chance to have an AI challenger during a race, but they always keep you on your toes. 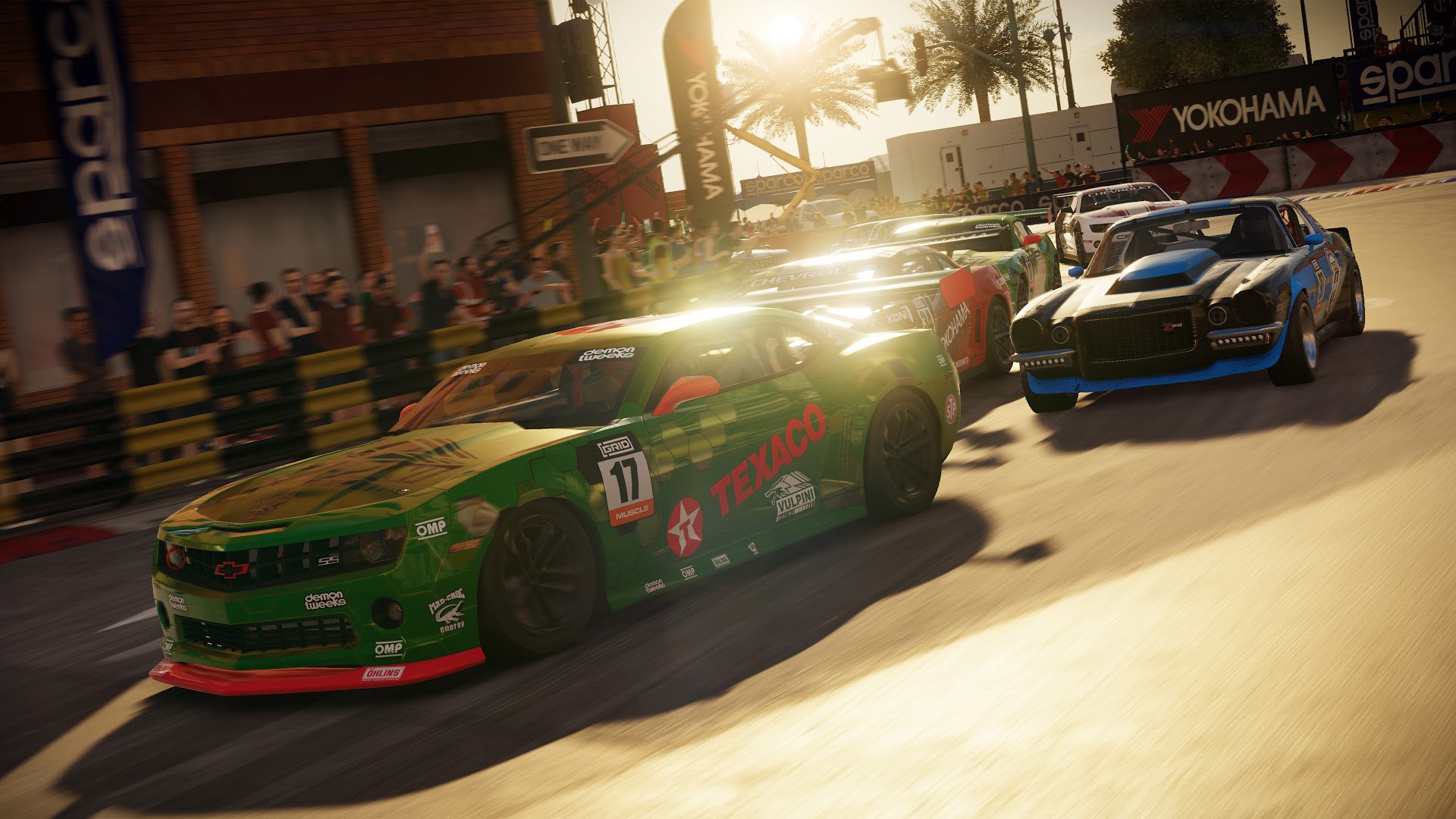 So the racing sim is no longer about just winning, but also puts emotion into the series, as well. If for some reason you get better or worse during the race, your nemesis may change out to another driver who’s more suited to be your competition. This keeps the playing field fair without allowing a far superior nemesis to race off and leave you in the dust. Earlier when I said you can ignore your teammates’ directions and lose their loyalty, well, they can then become a nemesis, too. I was told that these features also work similarly online, except with real life players rather than AI.

My favorite part of the demo, however, was how accessible GRID has become for newcomers. Not just for me, but for anyone who’s even slightly interested in wanting to try out a racing simulator, but may be too intimidated to give it a shot. I had a chance to play with many different assists on for controls and AI, and it really opened the game up to where I was in the front of the pack in no time at all.

Turning AI down will keep these speedsters from risking their necks from taking you over, or flipping your ride around like they did me in a standard, non-assisted race. Controls can also be changed and set to allow for easier access to turns and stretches, or to show you exactly when and when not to accelerate. This never takes away from the experience for those looking to drive a true simulator. For the hardcore fans, you can simply turn all of these settings off, turn the AI up, and take the wheel for what definitely feels like a truly authentic ride.

Overall, I was very impressed with the setup and mechanics of this new GRID. I can’t wait to see the promise of 400 different in-game AIs and 72 teammates that the full version has to offer. Oh, and I got a sneak peak of all the classes completely unlocked. I can’t talk about them, but let me tell the completionists out there that you’re in for a long, long experience.