Some new information about the game.

As the year winds down, news regarding next year’s biggest game: Grand Theft Auto 5 is like relief to sore eyes. After last month’s big reveal, Rockstar have obviously gone into hiding and not revealing too much about the game. But we have a couple of news for you today. 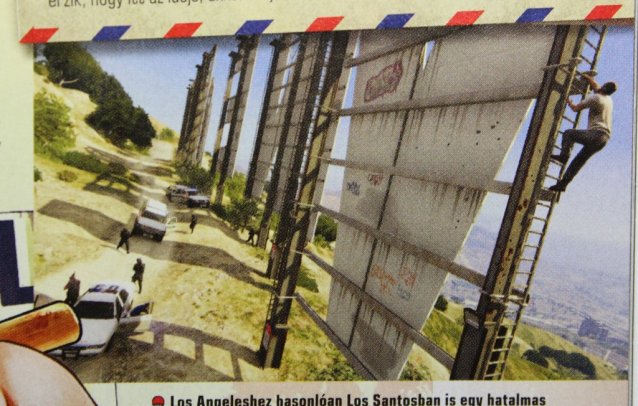 First off, Grand Theft Auto 5 has got a new screenshot which was released in a Hungarian PC gaming magazine called PC Guru (via GTAForums). The screenshot shows Trevor, one of the playable characters in the game, climbing a Vinewood sign. The screenshot is captioned with “Like Los Angeles, Los Santos is a huge city.” The screenshot does not give much details except the following:

a. The player is obviously running away from the cops.

b. The phenomenal view distance behind the sign board.

This shows how Rockstar have advanced with it’s gaming engine and with several months still to go for the game’s release, the final retail version should be a treat.

In another news, Rockstar are looking for a new position and it seems that they are hiring for the multiplayer component of Grand Theft Auto 5. The site states:

“Rockstar North is currently seeking an experienced Network programmer. Commercial games experience is essential with at least three years and one published title on PS3 or Xbox 360 to demonstrate your skills. We are looking for a talented engineer to help us in developing advanced networking solutions for large scale games. You should have a positive attitude, a passion for games and be able to communicate with people as effectively as you do a computer.”

It will be interesting to see how all of this pans out. We will keep you updated.