Good on the creator for doing the right thing. 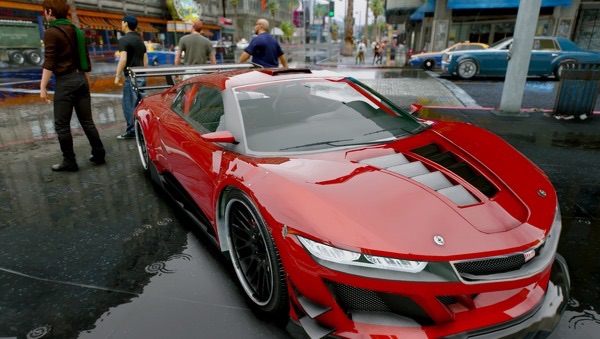 The promising looking ‘Pinnacle of V’ mod for the PC version of GTA 5, which was meant to be a complete and total graphical overhaul of Rockstar’s latest episode in their crime saga, has been shut down amidst a wave of controversy. The mod had been receiving a lot of criticism, because apparently, it was stealing lots of assets from other mods and sources, without crediting them.

Today, Josh Romito – who is the creator of this mod – decided to shut it down due to these claims. Josh claimed that the mod was a collaborative effort, and a lot of things that made it in were contributed to it by other people- things that he did not realize were stolen.

“Over the past week or so, I have been informed that parts of this project have been directly stolen from other developers, and handed to me as additions to my work. I have been made a fool of due to the motions of my peers, and I am taking action to try and preserve any honesty and integrity with the community I can. I apologize to everyone who was stolen from, and I wish there was a way this could be reversed.

He then explained that he would be shutting the mod down entirely as a result of these allegations.

“I have personally put hundreds of hours of my own time and hard, legitimate work into this project. I am truly hurt and disgusted to see the fraud that has come from others. I hope the community can see this situation for what it is, that I have been honest from the beginning, and am doing what I can to make amends of this wrong doing. I started this project as a learning experience, and it turned into fraud when others became involved. The internet is full of scammers and people who serve no purpose but to cause havoc. This was my first time getting involved in a “community” type project, and I was shocked to see some of the support I was receiving, and how generous people were. It turns out it was all lies and stolen content. I’m not sure how else to handle a situation like this, so I am simply shutting it down and releasing the honest truth.”

It’s a shame that it came to this- the mod did seem very promising, that’s for sure. Good on Josh for doing the right thing, though.