Mario Kart in your GTA Online. 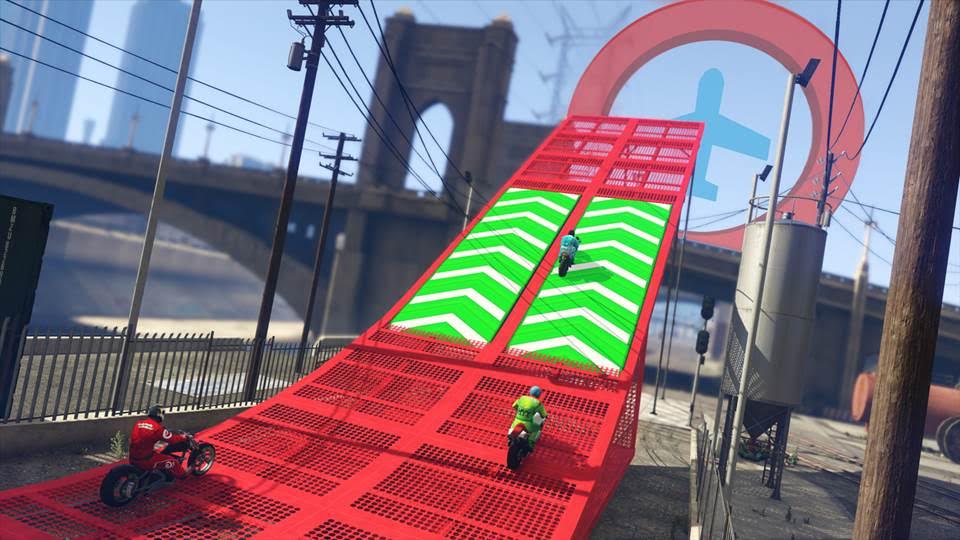 This week’s GTA Online update brings the Transform races, the Mario Kart/Sonic All Stars Racing inspired wacky stunt racing that Rockstar announced last week, to the game at last. You can download it for free now- Rockstar will offer double RP and GTA$ until October 26 for participating in it. Rockstar also promises a track creator mode for Transform Races, which will come later this year. You can check out a list of all the tracks available in this mode for yourself below.

That apart, Lamar’s Contact Missions, now paying out Double GTA$ & RP through October 26th. You will be able to put all that money to good use, because the LF-22 Starling, V-65 Molotok, and Buckingham Alpha-Z1 will all be available for 25% off (for both, their Trade and Buy It Now prices). The Grotti Visione and Ocelot XA-21 will both get similar discounts, as will Engine Upgrades, Turbo Upgrades, Suspension Upgrades, and Handling Upgrades.

GTA Online is available on PS4, Xbox One, and PC. Make sure to check out the list of all the GTA Online tracks for yourself below.

Gauntlet II – There’s the surgically precise fighter pilot, and there’s the maniac with his foot on the floor of a Phantom Wedge. You’ll need to be both here. Featuring the Molotok, Motorcycles, the Phantom Wedge and the Oppressor.

Get Wrecked – Get creative above the Los Santos Docklands on this destructive lap Transform Race. Featuring the Seashark, Shotaro, Super cars, the Mallard, and Havok.

Junk Yard – When the apocalypse finally gets underway in San Andreas, and the world lies in ruins, you can bet there will be some interesting racing opportunities in amongst the wreckage. Get practicing for the big day. Featuring Motorcycles, the Seashark and Mallard.

McKenzie – If you want all the highs and lows of Blaine County with none of the itches and nosebleeds, this point to point Transform Race that starts on Motorcycles is for you. Also featuring the Besra, Blazer Aqua, Zentorno and Trophy Truck.

Mixed-Up – Watch as the docklands, airport, business district and Legion Square all bleed into a single migraine-inducing blur in this Lap Transform Race. Featuring Super cars, the Besra, Ramp Buggy and Rocket Voltic.

Neon Mountain – Ever wondered what it would be like to drop a few tabs and race through the title sequence of some vintage 80s sci-fi? Featuring Motorcycles, the Besra and Seashark.

Plummet III – Make short work of the stratosphere in a really expensive sports car – with a twist or four. Featuring Sports cars, the Besra, Blazer Aqua, Havok and Akuma.

Separation – Start off strapped into the lovechild of a supercar and a space shuttle. Throw in a tightly-wound stunt plane and a herd of pocket-sized helicopters, and your multitasking better be up to scratch. Featuring the Rocket Voltic, the Mallard, Havok and Motorcycles.

Slalom – Whether you’re weaving through obstacles on two wheels, four wheels or two wings, the fundamental skills are the same: balance, precision, and dodging the flaming wrecks of your former competitors. Featuring Motorcycles, the Mallard and XA-21.

Slam Dunk – Line your shot up perfectly, let the pressure slide right off you, and hit nothing but net. Then watch the guy behind you screw it up by a few feet and see his flying muscle car explode on the rim. Featuring Motorcycles, the Ruiner 2000, Besra, Blazer, Hauler and Whippet.

Split Personality – You’ve only got a few seconds of hurtling down Mount Chiliad on a BMX to make that age-old decision. Left or right? With the pack or on your own? Jet-powered super car or flying motorbike? Featuring BMXes, the FMJ, Rocket Voltic, Besra, Oppressor and Parachutes.

The Dragon – What could be more appropriate for a diverse and cosmopolitan city like Los Santos than a race track in honor of the Chinese year of the Giant-Dragon-with-a-Fighter-Jet-in-its-Mouth? Featuring Compacts, the Faggio Sport, Molotok and Vagner.

Vinewood Thrills – Cruise under the Vinewood sign and ride an antique sailboat off the coast – inside a five minute lap with an executive chopper and a supercar joining the dots. Featuring Motorcycles, the Swift, Marquis, Seabreeze and Vagner. 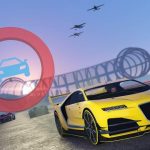 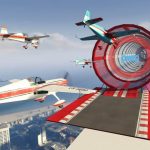 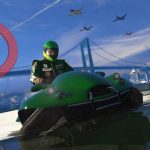 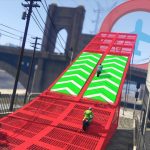