4gency founder talks about Habitat, a real-time, physics-driven game for the PS4, Xbox One and PC.

n Habitat players will build space stations and will be upgrade the, right on the edge of the Earth’s Orbit. As the game is physics-driven, players will also need to tackle against the space debris which will make the building task even more difficult. 4gency believes that unlike other similar games, Habitat will be fast paced with a unique take on exploration and resource management.

In order to know more, GamingBolt caught up with Charles Cox who is the founder of 4gency. Check out his response below.

To begin with, can you please tell us a bit about yourself and the company you work for?

I’m Charles Cox, the founder of 4gency as well as the main designer on Habitat. I started 4gency in late December 2011, and in 2013 we started work full-time on Habitat. We’re excited to get Habitat out there for gamers to enjoy; it’s very literally one of my childhood dreams to make this game.

Can you talk us about the campaign mode and how it will differ from the sandbox mode? And what is your narrative direction for the same?

Charles Cox: When we built the vision for the game, we very deliberately started with Sandbox mode to make sure the game has solid mechanics that are fun on their own. Campaign mode will take those mechanics and wrap them in a story that explains more about the world, the enemies, the need to escape into orbit and beyond, and unfolds the mysteries as you play. Think of it as adding a main quest to a world full of side missions and possibilities and you’re there. We don’t want to give away too much yet! 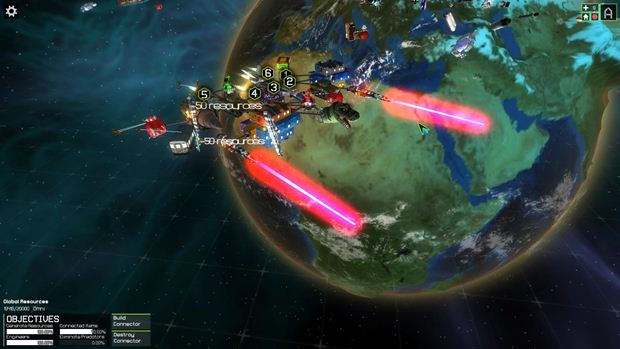 "Booster rockets, flamethrowers, grappling hooks, pistons and swivel arms - there are lots of options! Aside from the construction aspect of their habitats players can further tweak their constructions in a number of ways."

How are you making sure that Habitat is different from other persistent world games like Starbound?

Charles Cox: Starbound is a great game! For our part, we know that our strength as a studio – and Habitat’s strength overall – is that it comes from a sincere desire for telling this unique story combined with a focus on building more of what our fans enjoy doing in the game – thus the Early Access release! Habitat has been described as a lot of different things but at its core it’s still a strategic space survival game. It’s meant to be a mix between serious real-time strategy with real stakes and a fun irreverence (T-Rex heads as flamethrowers? Sure!). Our goal is to make sure people have fun playing, and get wrapped up in the freedom and possibility of it all.

Talk us through the customization and upgrade options that players can apply to their space stations?

Charles Cox: At our core is the ability for gamers build whatever kind of creation they want with the debris/resources around them. Constructing habitats is a simple matter of clicking objects together like a set of building blocks – once connected you can unlock the powers of each object. Booster rockets, flamethrowers, grappling hooks, pistons and swivel arms – there are lots of options! Aside from the construction aspect of their habitats players can further tweak their constructions in a number of ways.

First, certain combinations of space debris unlock special powers. These are relatively new to our game, but function like you’d expect with two specific pieces of debris granting upgraded damage, booster thrust, firing rate and so on. Secondly, as we build out the game further players will be able to upgrade their individual habitat pieces to produce resources or other effects to keep their station alive and working. For example, you can upgrade that electric generator you just attached to provide a protective electrical field around your habitat to stop enemy engineers from latching on. As we near the finish line on development we’ll also add in a tech tree similar to what you’d find in an RPG or RTS and that’ll really allow players to tweak how they play.

The thing with persistent world games that after a while there is nothing much left to do. What are your plans to continuously add content and inspire users to explore the vast orbital playground?

Charles Cox: With our unique setting, we have the ability to almost always add in new debris or junk packs to keep adding in content to the game. Players often remark “I wish I could see X in space” and often times we can make that happen! Whether it’s their truck or their favorite landmark it’s generally pretty easy for us to keep adding new space debris to play with within Habitat. Another very cool feature that we just announced is our inclusion of Steam Workshop support – which will empower our community and give them to the tools to keep adding content to the game as well. We’re excited to see what our community can create! 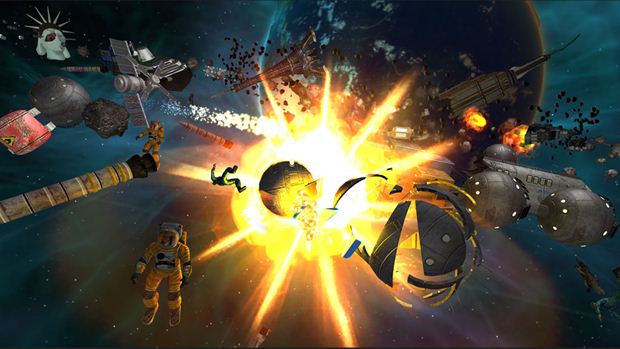 "No Man's Sky looks epic! It's really raising the bar; we’re all excited to see more of it, of course! The sheer amount of work that has to happen to make such a vivid, persistent world has to be...well...astronomical! We're wishing them all the success in the known universe and I know I'll be there supporting them with my own gamer dollars."

What are your thoughts on No Man’s Sky? Habitat belongs to the same genre except that Hello Games are truly pushing the persistent open world thing at an all together different level.

Charles Cox: No Man’s Sky looks epic! It’s really raising the bar; we’re all excited to see more of it, of course! The sheer amount of work that has to happen to make such a vivid, persistent world has to be…well…astronomical! We’re wishing them all the success in the known universe and I know I’ll be there supporting them with my own gamer dollars.

Can you tell us how the concept of tech tree will work in Habitat?

Charles Cox: We’ll do a deeper dive on this in the future; for now, think something similar to what you’d see in a traditional RTS or RPG where you have multiple paths to go down the tech tree; you’ll have to choose the path that optimizes for the style of play that you really want. Each path of the tech tree will give players further ways to customize and tweak their specific playstyles.

What is targeted release date for PS4, Xbox One and PC?

Charles Cox: And when is the beta going up for each of those platforms? The straight answer is – When the game is ready. We’re aiming for early 2015 for the game to be live on all platforms. As for a console beta – nothing to announce yet, but if we do, we’ll shout it out loud!

Are you targeting 1080p and 60fps for both the PS4 and Xbox One versions?

Charles Cox: We’re seeing great performance on 1080p on PC so far – and it’s a beautiful experience on the big screen. As it’s a strategy game where details matter, our principle is that fidelity comes first. As we optimize we’ll dial in a target frame rate, but we think these machines both have the horsepower to give gamers a great 1080p Habitat experience. 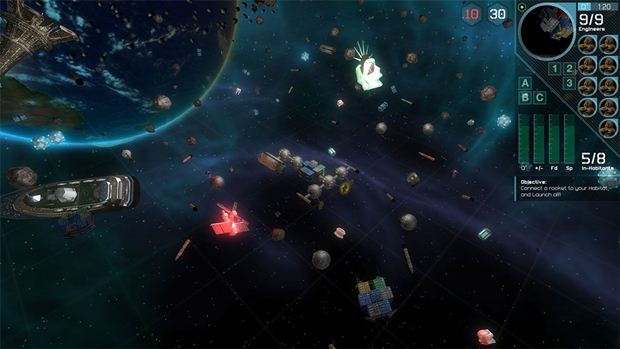 "I've followed DirectX's roadmap since the DX3 days, and what I like about DirectX12 is that Microsoft is taking a unifying step here - more platforms, benefits for non-DX12 cards (thank you!), and a focus on lowering overhead."

Did you faced any issues due to the Xbox One’s eSRAM architecture and furthermore are you using the extra GPU resource due to the June SDK update and the game not using the Kinect?

Charles Cox: Habitat is a bit unique. It’s beautiful, it’s performant, it’s fun… and it’s not yet straining against the performance ceiling on modern architectures. Call us lucky! We’re building the game in Unity so we’re focusing on the fun and not really spending our limited dev time getting down to the metal on issues like GPU optimization. It’s been nice so far.

From the top level, what kind of differences have you found between working on PS4 and Xbox One, and how does both of them differ from PC games coding?

Charles Cox: Unity really makes platform differences opaque, which is great for us. We want to build a universal experience, one that plays great across all the platforms, and Unity really keeps us focused on that.

As someone who is working on PC platforms, what is your take on DirectX12? What kind of benefits can it bring to the Xbox One and PC games development?

Charles Cox: I feel like this strategy means there’s something for everyone: to-the-metal-heads that are making their own engines get lower level access to really drive performance, and folks like us that rely on Unity or other ready-to-use engines will likely get some performance gains for free. Hey, I’ll take free headroom, we can always use it!

Is there anything else you want to tell us before we take off?

Charles Cox: We’ve got some incredible things in store for our next few updates. Along with Steam Workshop support  – we’ll be adding a ton of features to boost up the challenge, the strategy, and the exploration aspects of the game. It’s going to be huge. We can’t wait to bring it to you.