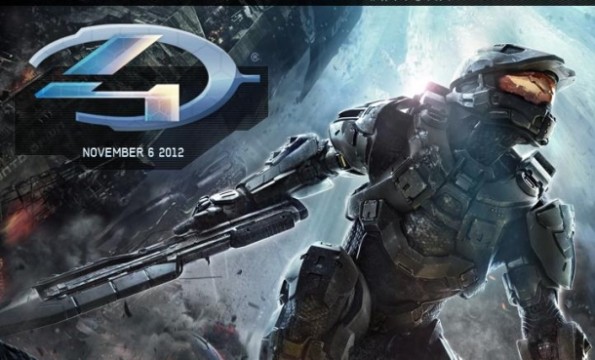 It seems 343 Industries are banning users playing online on Xbox Live with an early copy of Halo 4. However, it was an accident and the bans will be reversed soon according to a tweet by Halo Waypoint.

“Some folks playing Halo 4 today were banned in-game on accident. Technical glitch. We’re working on the fix and so sorry for the error,” they tweeted.

If you were at the receiving end of this, you should be unbanned soon if you had a legitimate copy of the game. Halo 4 was leaked 1 month ago and this prompted a strong reaction from 343 Industries and Microsoft.

In other Halo news, we also have the playlist details, which you can check out below (Via Examiner).

Most of them return from Halo: Reach and there are some new ones exclusive to Halo 4 like the Flood. Lot of playlists for sure and yes, there is no SWAT mode.

The game will be released on November 6 for the Xbox 360. Check out the playlist details below.

The newly introduced Infinity Slayer variant allows Spartans to earn points during the course of a match, which can eventually be leveraged to call in ordnance from overhead. Ordnance drops within Infinity Slayer consist of three selectable but randomly generated weapons or power-ups, the latter of which can alter a Spartan’s speed, shielding or ability to issue damage.

Dominion – 6 v. 6
Teams are pitted against each other to capture, fortify and resupply bases to win. After infiltrating a base, a player can capture it for their team, whether it is a neutral base or a base previously claimed by the enemy. When a team has held a base for long enough, it will automatically fortify, defending itself with turret emplacements and energy shields. Holding a base earns teams points for each resupply, and provides teams with heavy ordnance drops and vehicles each supply cycle.

Regicide – 6-player FFA
The Spartan in first place is the King. As the King racks up kills, their bounty increases, thereby increasing the points other Spartans gain from killing the King. All other Spartans’ heads-up displays and motion sensors give away the King’s location at all times during the match, aggressively focusing combat wherever the point leader happens to be.

Flood – 10 players
Within this War Games simulation, the deadly parasite has returned – a group of Spartans have been transformed into incredibly fast and deadly Flood combat forms. As the Flood, players are forced to destroy uninfected Spartans, converting them into Flood combat form allies. As an uninfected Spartan, the player’s goal is to survive the seemingly never-ending Flood onslaught, staving off transformation into the parasite.

Capture the Flag – 5 v. 5
Played with up to four teams, each of which has their own Flag. The goal of each team is to steal an enemy team’s Flag, while protecting their own. Once a team has grabbed a Flag, they must return it to their own capture point to score. Flag carriers are only able to use a Magnum or the Flag itself as a weapon.

Oddball – 5 v. 5
With up to eight teams in combat, the goal of the War Games simulation called Oddball is to hold onto the ball the longest. While holding the ball, a player or team will gain points, but the player holding the ball is unable to defend themselves with their weapon. Players are also able throw the ball or use it as a weapon for close-range melee attacks.

King of the Hill – 5 v. 5
Reminiscent of schoolyard skirmishes, the War Games competition known as King of the Hill pits up to eight teams against each other in a struggle to hold a specific territory. While this is a classic game type, its most recent iteration offers a variety of new scoring methods, including a focus on individual performance in addition to the team’s collective effort.