Harry Potter and The Half Blood Prince Review

Harry Potter’s next installment is based on the flick: The Half Blood Prince. Now before I go ahead, it should be known that there will be possible plot spoilers in the review. The game begins with a cinematic opening showing Professor Snape joining the Death Eaters and Lord Voldemort after they commit crimes in the magical and muggle universe. It is also revealed to Professor Snape that Draco is following orders from Lord Voldemort and Narcissa asks Snape to take an “Unbreakable Vow”: a vow if broken will result in the death of Snape to keep her son protected. At Harry Potter’s school Hogwarts, its announced that Snape had now become the new professor for Defence against Dark arts. As the story progresses regarding the the Death Eaters evil intentions, Dumbledore shows Potter the dark secrets of Lord Voldemort when he was a sixteen year old Tom Riddle. Later its revealed that Voldemort had split his soul in to six different pieces called as Horcruxes while the seventh piece rested inside his body. Later Dumbledore and Potter are confronted by Draco who admits that he was the one who attacked Katie and had poisoned Ron Weasley. In the incident Dumbledore is killed by Snape who keeps his “Unbreakable Vow” and than reveals that he is The Half Blood Prince. Overall if its related tp Harry Potter the plot and the story has to be good. Having said that the game does do a very good job of conveying the storyline to the player. There were a few moments where I thought the plot was loosing its touch but such instances were very less and it did not hindered the overall fun. 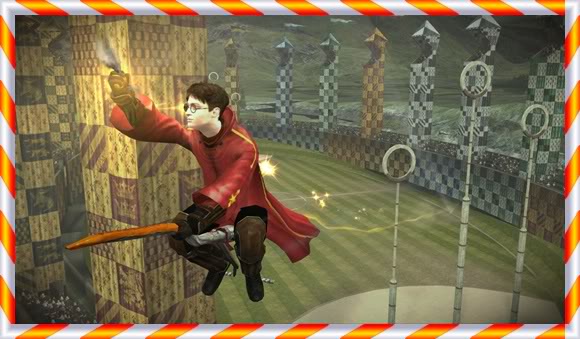 The most interesting aspect of the game play has to be the Quidditch playground where Harry Potter has been chosen as the captain. The speed and the feel that the player can get from this is just amazing. The game itself starts off with Harry playing s game of Quidditch with his pals. The turns and the design of the Quidditch games have been very well designed by the developers. Overall a game of Quidditch was one of the brilliant aspects of the game that I really enjoyed. Also returning to the game is Potion making, this aspect of game play has been present since the first harry potter game and to be honest this never gets old. I am not saying that potion making is a hell lot of fun but its just there occupying its place in the game. There are certain sections in the game where its compulsory for the player to undergo potion making games. Duelling never gets old in the game. But the control scheme chosen for duelling is a bit weird for me. Duelling requires the use of analog sticks instead of the trigger buttons, Even though I thoroughly enjoyed the fighting sequences but I got the feeling that the game was over doing it. You can defend, cast spells and hang your foe upside down which all look cool while playing the game. You will also have Nick accompanying you throughout the game if the player is quizzed in finding a way out. There are certain section in the game where you will be playing as Ron and other characters, nothing substantial but its adds a bit of variety to the game play. The way the developers have put in their effort to match the movie is just amazing. I just saw the Harry Potter flick recently and to be honest among all the games released so far, this particular game is perhaps the best adaptation. Of course there are boss fights in the game where you will be fighting against Snape, Draco, the Death Eaters and some other bullys found in the game. The boss fights are pretty intense for the most part but the controls are pretty bad for duelling which really pulls out the fun factor a bit. Throughout the game Harry will be able to use his stick and use it to collect crests and other fun collectibles. This will automatically increase you abilities while duelling. One point I really want to mention is the use of Physics in the game, you will be able to destroy certain objects in the game during duelling and might be able to use them against your enemies. There are also puzzle sections if the game which will require your brains and a bit of magic to solve them. 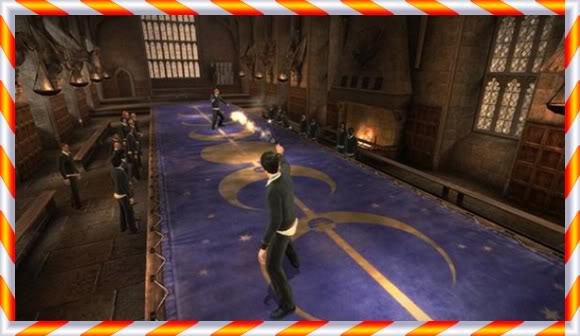 Visually the game is very good. The character models for most part resemble their real life counterparts. Although some of the characters like Hermione look really pale.The school of Hogwarts is beautifully designed and there are areas which will get unlocked as you progress through the game. For most part the game is beautiful to look at. Sound is brilliant in the game. You will be going through various locations in the game and the sound accompanying it is just awesome. Voice acting is top notch and that helps the player to get involved in the game, and that was bound to happen since all the characters are voiced by the people from the movie.

Harry Potter and the The Half Blood Prince is a great game, one that every Harry Potter fan should pick. There are few misses here and there, but the overall positives just over weigh the negatives. So folks if you are a big fan of J.K. Rowling books then stop reading and pick this game up and feel the magic.

Most of the stuff is recycled from last years Order of the Phoenix, Some of the characters models look pale

Final Verdict:
SUPERB
The Half Blood Prince has tons of great gameplay value and is a game that should not be missed by Harry Potter fans.
A copy of this game was provided by Developer/Publisher/Distributor/PR Agency for review purposes. Click here to know more about our Reviews Policy.