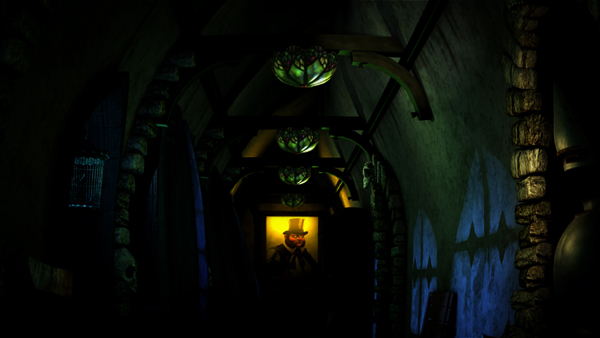 Haunt is an interesting game, using Kinect controls and developed exclusively for the Xbox 360. Sometimes it feels like these are the only sort of games Microsoft is willing to fund right now. So, right, Haunt. What’s it about? As the name suggests, it’s a spooky game which requires you get out of a haunted house. Now you may be wondering, “Hey, aren’t the Kinect controls a little clumsy for such a type of game?”

Well the concern is valid, and the controls don’t really bother you much here, as they are pretty responsive. It’s not a surprise though, as more and more developers are getting the hang of how to use the device effectively in their games. I’m not saying the controls here are perfect, but they aren’t that annoying either that usually ends up in ruining the gameplay for many people..

So you want to get out of the house, eh? For that you need to free a guy named,  Benjamin Muldoon, who is a ghost, and can also communicate with you through paintings. And the way you free him is by collecting four phantaflasks. It seems simple but it’s really not, as you have your work cut out for you here. 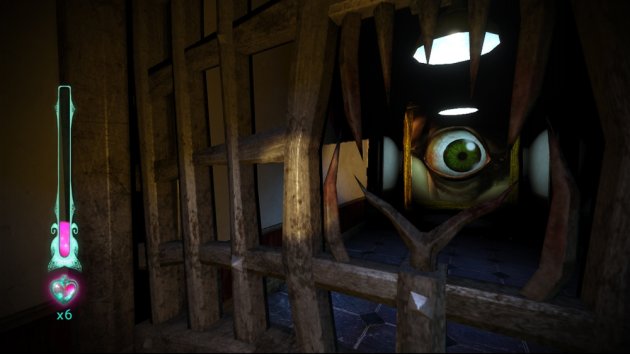 You can use a torch here. What would a horror game be without a torch light! The light cast is pretty impressive as well, as it doesn’t feel subdued, so when you actually encounter a ghost, it’s scary. The game is developed by Masaya Matsuura, who also created Parappa the Rapper.

It’s not really that scary but the environment is beautifully created, which really spooks you out a bit. Yes, this game is fit for the children due to the colour palette employed. The Kinect controls are diverse here; you can open close drawers, or navigate the house. It’s a good workout for your hands (ahem).

The visuals are really good, and that too for a Kinect game, and guess what – it’s only available online on XBLA. Yes, there is no retail version, and is priced at 800 MSP, which is quite a surprise. Usually a game of such quality, I would have expected it to be priced at 1200 MSP, so this is really a good value for money. 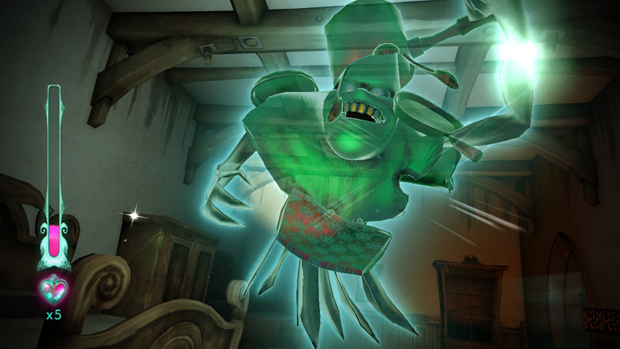 The immersion factor is increased by good visuals and the nice music, and it reeks of high production values. The game is somewhat short, so that could explain the pricing, but when it comes to quality, it really is worth the amount charged here.

If you need some games for the Kinect, you can’t really go wrong with Haunt, although, the experience ends quickly. The good controls combined with the presentation and the high production values makes this a must buy game.

Final Verdict:
GOOD
If you need some games for the Kinect, you can't really go wrong with Haunt, although, the experience ends quickly.
A copy of this game was provided by Developer/Publisher/Distributor/PR Agency for review purposes. Click here to know more about our Reviews Policy.