Headlander Wiki – Everything you need to know about the game

Everything you need to know about Headlander.

Headlander is a 2D side-scrolling game that is set in a 1970’s sci-fi inspired utopian world. This world has a story in which the main character’s head flies around independently, taking control of different bodies in the world. The game is being developed by DoubleFine and Adult Swim Games, set for release in 2016 though it does not have an official release date just yet. The game is going to be coming to the PC and Mac and is a console exclusive for the PS4.

Headlander was officially announced by Double Fine and Adult Swim Games at Pax Prime in August of 2015. The developers have said the title is a callback to some of the old school 1970’s science fiction games but also has a number of features that players have seen in games that are in the Metroidvania vein. There isn’t a great deal of information about the development of the game, but in December, the companies did put out an 11 minute gameplay trailer that should the first mission in the game. Headlander is slated for release sometime in 2016 on the PC, Mac and the PS4. At the moment, the game is not slated for release on the Xbox One. 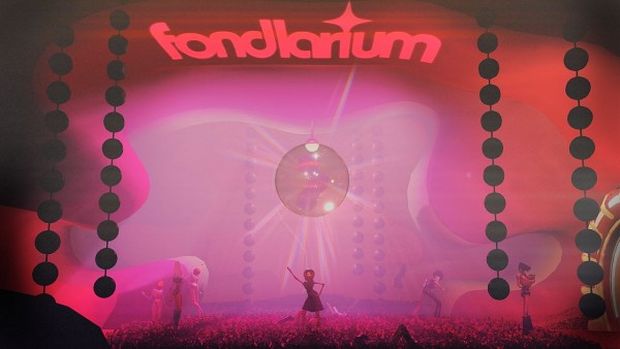 Headlander’s story is one that is based off old school science fiction television shows and movies. The basic premise is that the story takes place in a future where there are very few organic beings left in the universe. The player is one of the last organic beings, and that organism is just a head that can fly from one place to another and attach itself to other bodies. This disembodied head will be taking on villains of a number do different stripes and breeds including the malevolent computer that controls the entire world. The player’s character starts the game by waking up on a spaceship known as the Starcopagus without really having an idea about what is going on or how you got on the ship. In order to help you along the way, the player has a “friendly voice” in their helmet who introduces himself as Earl. Earl helps you through the game and helps you to escape the first ship you wake up on. Earl also walks you through the rules of the world, such as the fact that you cannot talk since you do not have any 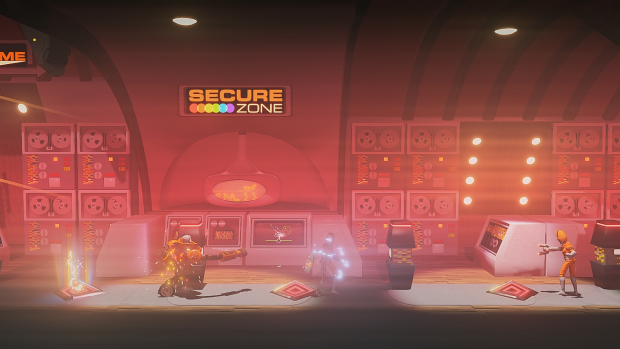 The game is a 2D sidescroller that has been described as a title in the Metroidvania genre. The player starts out with his head being placed on a robotic body but the head will be able to disengage from this first body and actually attach itself to other bodies, even those of robotic animals as the game goes along. There are some physics aspects of the game when it comes to using weapons and solving puzzles as well as the bigger mystery as to why the player is the last organic entity in the universe. At times, the player will be able to shoot a number of different lazer beams. Sometimes these lasers are regular combat weapons and other times they actually bounce around their environments in order to trigger door locks and other switches.

The flying head mechanic is not as a way to jump onto one body or another. There are also specific areas that will need to be passed through by using the ability for the head to detach. Sometimes the floating head will take the place of what would normally be a character jumping over a chasm. Other times, there will be areas that are only big enough for the disembodied head to pass through. There are also parts of these ships that have laser beams that are impassable, though the developers have said that later in the game the lasers can be manipulated but early on they will need to be bypassed.

As the game goes on, there will be various abilities that the Headlander can pick up. One of the early abilities is a kind of vaccuum gun. This weapon allows the player to pull the head off of enemy robots so the player can put their own head there in its place. The player will also be able to suck certain items that are needed to solve a puzzle to them so they don’t have to find a way to go get it. Another way players will have to solve puzzles is to find bodies that have certain security clearances in order to get into some rooms. The security clearances are based on color with red bodies being the lowest security clearance. This means that orange color coded doors will not open for your head if you are riding on a red body. 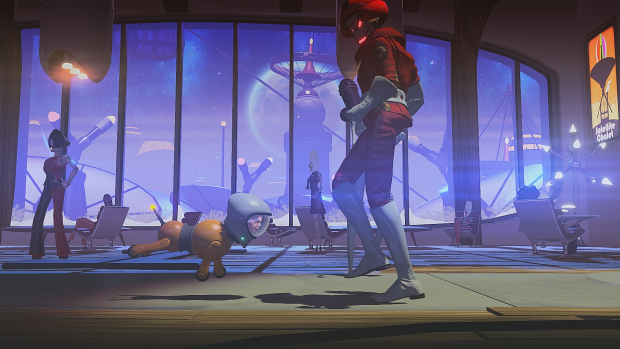 There are not many named characters in this particular title but some of the trailers and videos that have been released have introduced us to a few of the characters in this world. The main character and protagonist cannot tell us his name because he cannot speak. The character is known as the Headlander. When the Headlander is officially brought back to consciousness, he doesn’t understand or remember why he is the way he is. He does have an unexpected friend named Earl which is a disembodied voice that helps the player through the game. There is the malevolent artificial intelligence that runs the entire world that the player will have to interact with from time and time. One other character that we have already met is Rod.

Rod is a robotic presence that actually operates the doors on the first space ship the Headlander occupies. Rod is not particularly happy about his station in life and will let the Headlander character know that he isn’t particularly happy, as well. Rod is the voice that will also talk to the player from time to time, announcing different things about the doors that the player is going through. There are likely other characters that will be met throughout the game but they haven’t been detailed.