Helheim Hassle Interview – Out on a Limb

Posted By Shubhankar Parijat | On 01st, Apr. 2020 Under Article, Interviews

Humour, a bright and vivid visual style, and puzzles based around a bizarre premise are just a few of the things developers Perfectly Paranormal are promising with their upcoming narrative-driven puzzle adventure Helheim Hassle. Giving players the ability to detach and combine limbs at will to solve puzzles and progress through what’s looking like an interesting story, there’s certainly plenty here that seems to be promising unique things, and so, to learn more about the game and what’s going to make it tick, we recently sent across some of our questions about it to its development team. You can read our interview with Perfectly Paranormal creative lead Ozan Drøsdal below. 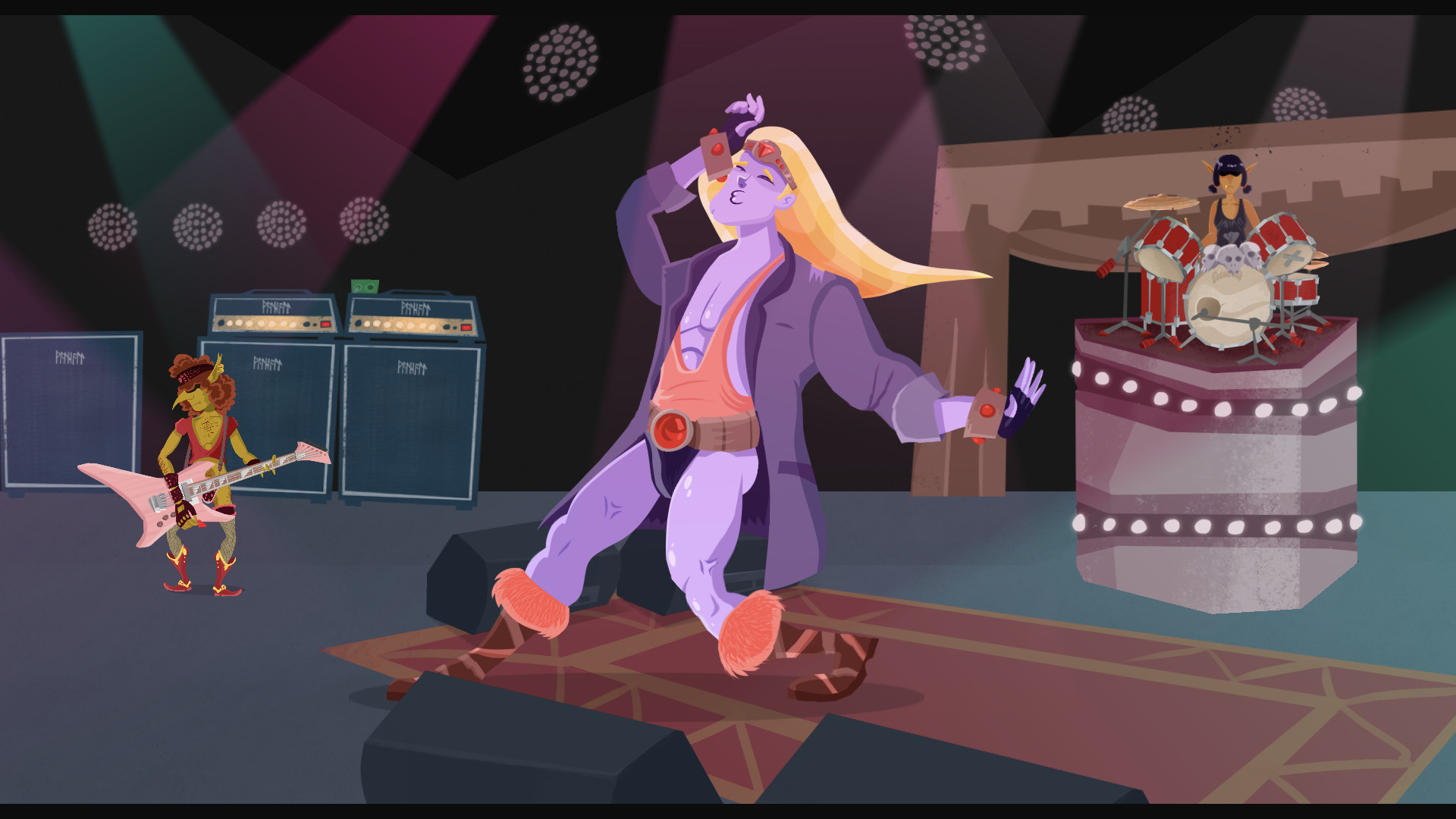 "Considering the sheer size of Helheim Hassle compared to the sheer smallness of our team, we could never pull it off without learning to be efficient first."

Manual Samuel was a game that started out with a pretty bizarre premise and then absolutely ran with it, and it looks like Helheim Hassle is headed down the same route. How much did your experience with Manuel Samuel influence Helheim Hassle’s development, and how much do the two games have in common?

We learned a lot of discipline from working on Manual Samuel even though that sounds silly considering how dumb it is. But the point is that since Manual Samuel was our first game, we ended up doing lots of things for the first time. And since we were still figuring things out, our workflows were pretty sloppy and inefficient. Considering the sheer size of Helheim Hassle compared to the sheer smallness of our team, we could never pull it off without learning to be efficient first.

What the games have in common is also what makes us more efficient. The tone is pretty much the same, adjusted slightly for the better based on Manual Samuel’s reception. The art style and animations are cut from the same cloth. The absurd body part related gameplay is also a similarity.

How did the game’s central premise of a protagonist who can detach limbs and use them to solve puzzles come about?

Many things made us land on the type of game HH turned out to be. We wanted to have the gameplay be about the human body again. Both because it is a universal theme everybody can understand / get grossed out by and because then it could be recognisable for anybody who has played Sam.

Then there was a review about Manual Samuel that went something like “Manual Samuel is a game where your limbs have a life of their own”. We didn’t necessarily agree with that description, but we were like what if we actually made a game where each limb has a life of its own?

What kind of variety can players expect from the game’s puzzles?

We have different kinds of puzzles. First off, we have the regular puzzles, those are platforming puzzles and are all about what body part combos you should use with what puzzle mechanics in order to progress.

The second type of puzzle we have are the narrative puzzles. These are usually started by a character you meet on your way and you have to do something unique in order to progress. You probably have to rely on limb-combos again, while pre-established puzzle mechanics play a smaller role.

We have a bunch of secrets where the puzzle is figuring out how to reach said secret.

Then we have secret puzzles, those are optional and usually way harder than the puzzles you might encounter in the main story of the game. Those secret puzzles can both be platforming puzzles and narrative puzzles.

Then there are the not so secret optional puzzles that usually reward you with an item or a collectible. Those too can be both platforming and narrative puzzles. Some of the optional puzzles aren’t limb related either. You might have to do something entirely different. And now the word puzzle has lost all its meaning. Puzzle puzzle puzzle. 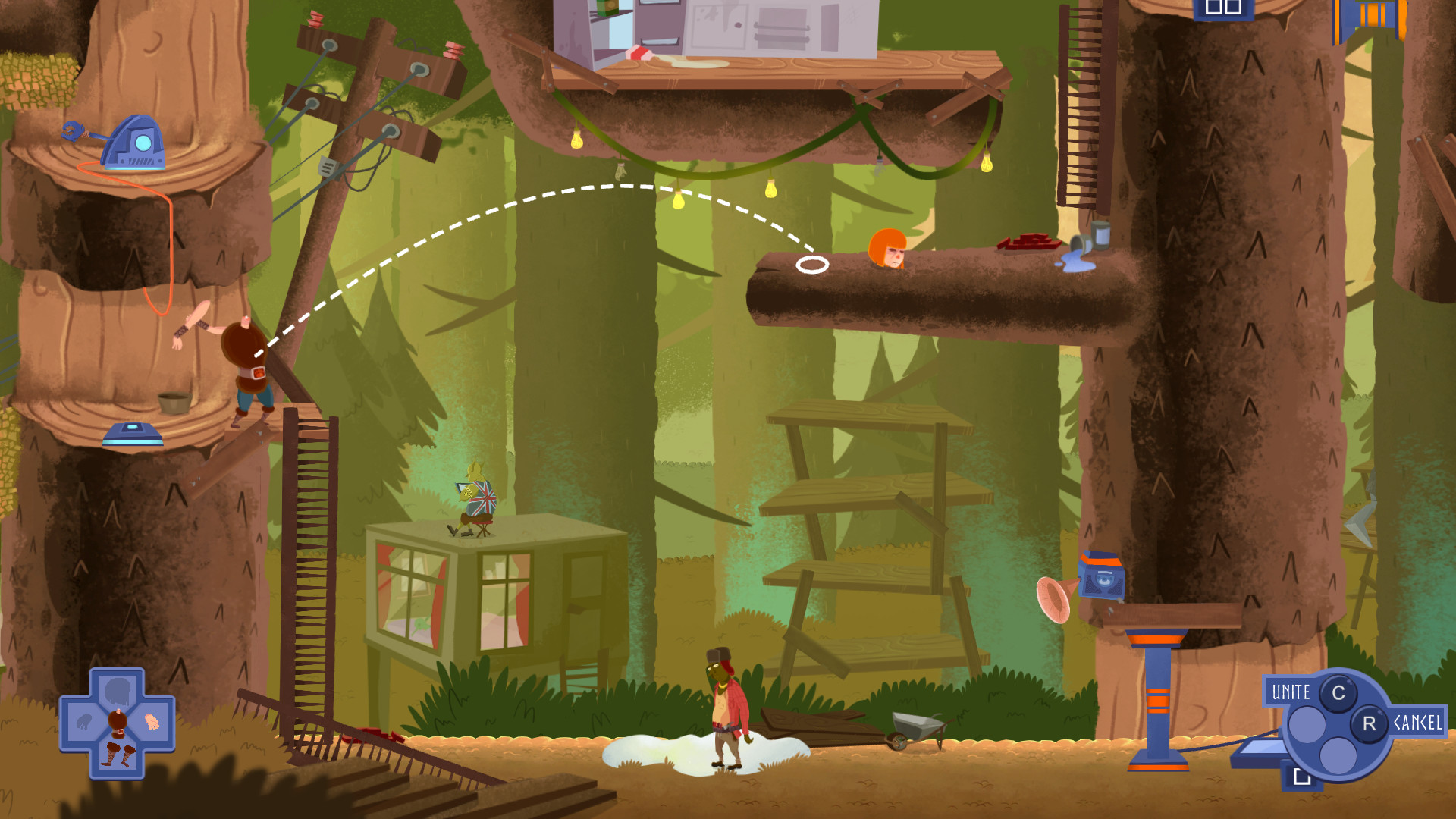 "Since Helheim Hassle is primarily a narrative adventure game before a puzzle game that’s supposed to make you scratch your head in agony for half an hour, we decided to have the puzzles on the main story be as simple as possible."

Puzzle-oriented games often have to strike a very slender balance between being challenging and yet not being obtuse – what’s Helheim Hassle’s approach in this regard?

Since Helheim Hassle is primarily a narrative adventure game before a puzzle game that’s supposed to make you scratch your head in agony for half an hour, we decided to have the puzzles on the main story be as simple as possible. They start super simple and gradually get slightly more complicated as you unlock more limbs and puzzle mechanics but all they are designed to do is to show you a new thing you can do with a certain body part combo or a new puzzle device.

Those puzzles are for the players that just wanna go through the story to see what happens next. But of course, we do have a bunch of puzzles that are designed to make you scratch your head for half an hour if you are into that kind of thing. Those puzzles are often secret or optional, but they are there for whoever is impressed by them!

What I am trying to say is that all the mandatory puzzles are hopefully easy enough to solve without too many problems, and all the optional puzzles are for the players looking for a challenge.

Helheim Hassle looks like it’s got plenty of personality and charm from what we’ve seen of it so far, and a lot of that seems to be coming from its aesthetic and art design. Can you speak about the process of landing on the game’s look?

On Manual Samuel we spent a lot of time making it look and feel like an old Cartoon Network cartoon from the Hanna-Barbara era.

Roughly how long will an average play through of Helheim Hassle be?

It’s hard to say. Some people spend a lot of time exploring, others run like hell. If you skip every cutscene, ignore everything optional and solve every puzzle like you designed it, it should take you around 2-3 hours.

Solving puzzles at an average pace, with moderate exploring, I’d say you should be able to see the credits in 5-7 hours. If you wanna 100% it you’ll have to play for way longer though.

Will the game feature Xbox One X-specific enhancements? Is 4K/60 FPS on the cards?

We are aiming for this yes, however it is still a bit too early to say for sure if this is where we’ll end up. 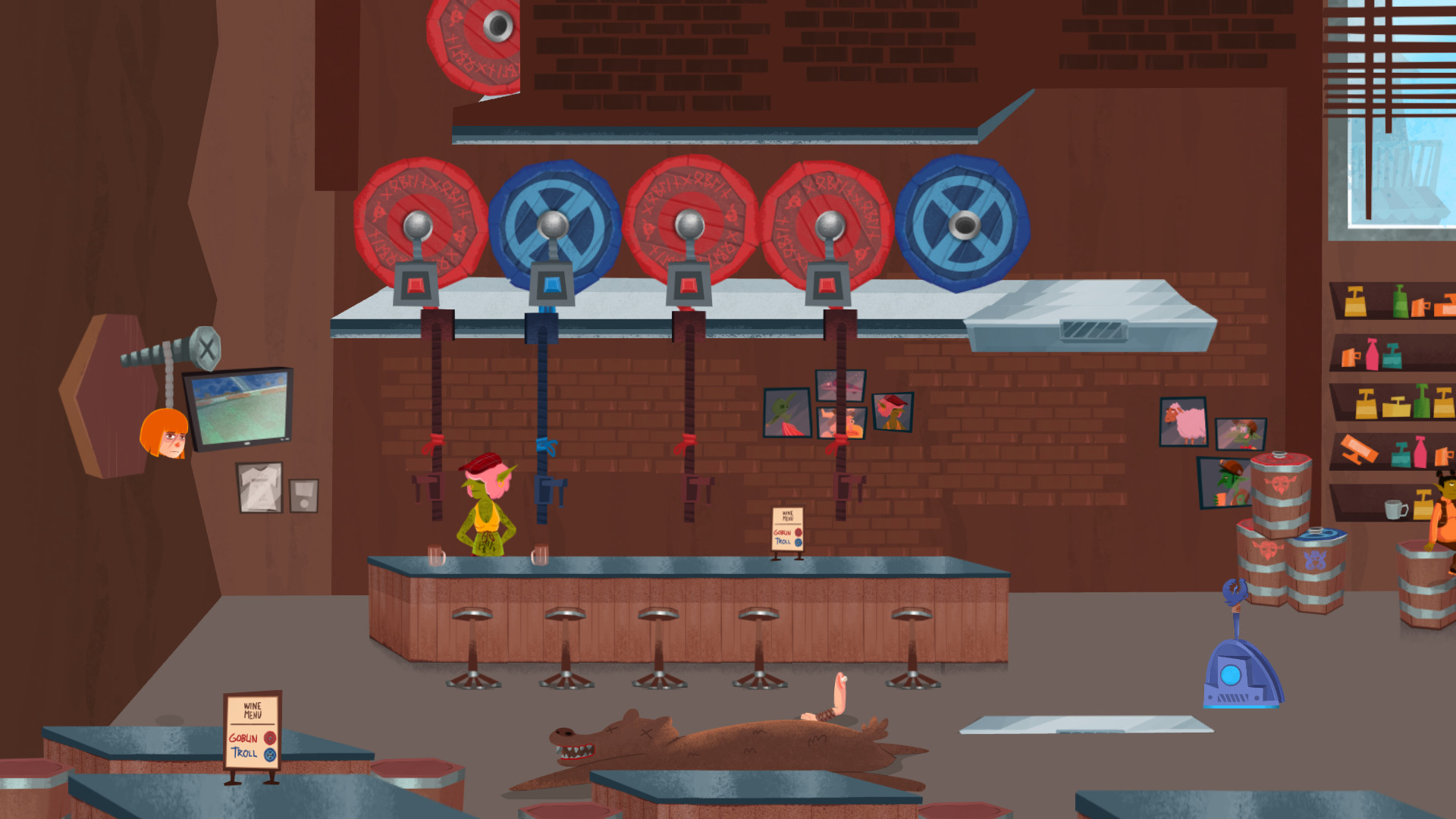 "Both the PS5 and the Xbox Series X seem very powerful and way beyond the capabilities needed for anything we will be making for the foreseeable future!"

How is the game running on the original Xbox One, in terms of frame rate and resolution?

To be honest, we still haven’t tried booting the game on the original Xbox One, but we expect it to be running fairly smoothly.

The PS5 features an incredibly fast SSD with 5.5GB/s read bandwidth. This is faster than anything that is available out there. How can developers take advantage of this and what will it result in?

The most technically demanding parts of our games are usually the particle simulation that occurs when a character vomits. I am sure devs can make mind boggling vomiting segments on their games with the – what did you call it? – the GB/s read bandwidth.

The PS5 features up to 10.3 TFLOPs whereas the Xbox Series X has 12 TFLOPs. There is a difference there, but do you think such a difference matters in the long run?

We really don’t. Both consoles seem very powerful and way beyond the capabilities needed for anything we will be making for the foreseeable future!

Speaking of next-gen hardware, something else that the PS5 and the Xbox Series X are both going to have is a Zen 2 CPU – how big of a leap is it over current-gen hardware in your view, and how is it going to help development?

The vomit in our next game is going to look and run amazing. Like, 60 or maybe 120 FPS vomit, silky smooth. Seriously though, the processors being faster is always a plus as it eases development.

What are your thoughts on the Tempest engine on the PS5 and how do you think it will impact audio on PS5?

3D sound is cool so we’re sure it will be awesome when we play games that make use of it. However, it won’t be something we will utilize as Helheim Hassle is merely a 2D game. 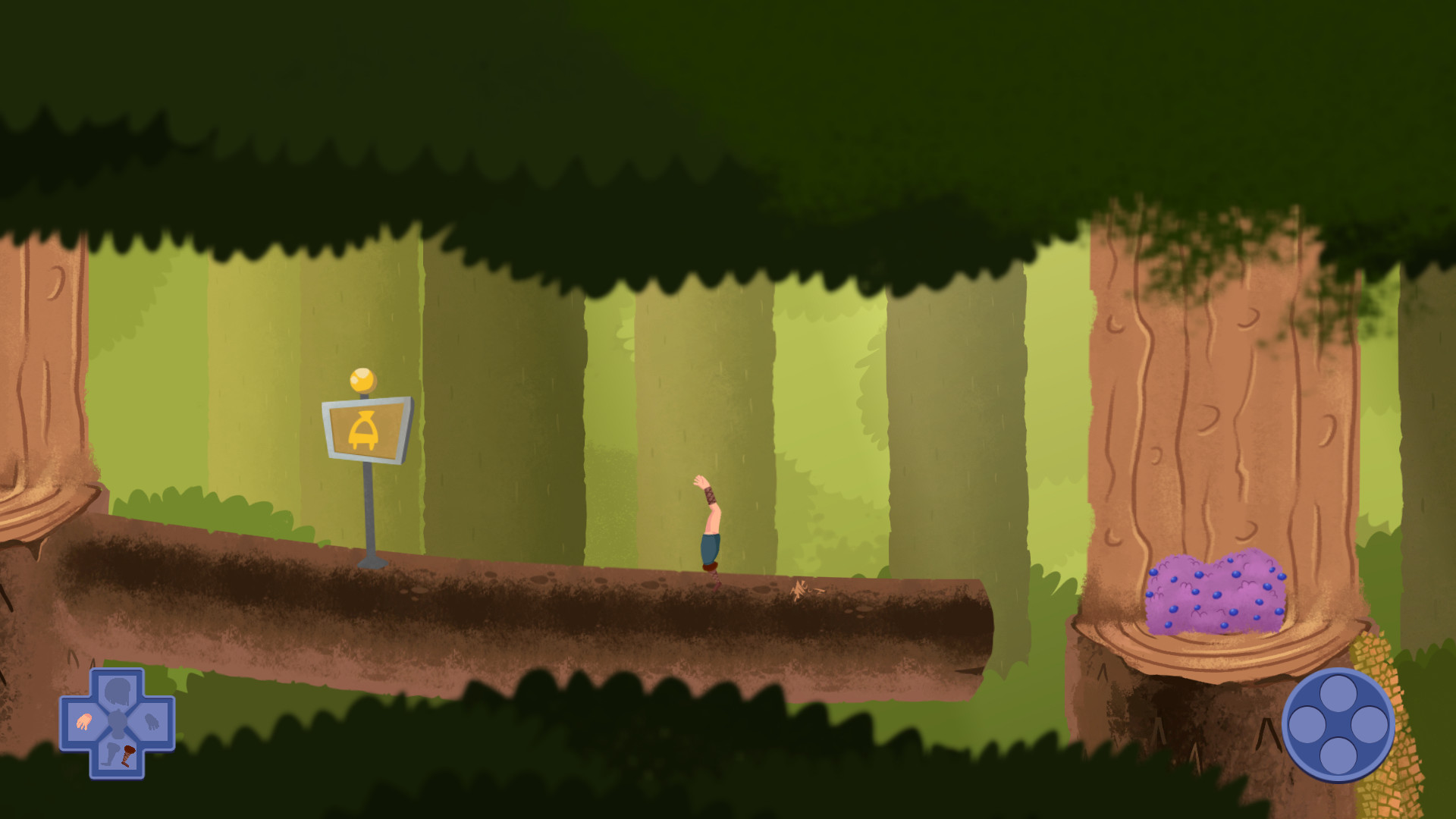 "3D sound is cool so we’re sure it will be awesome when we play games that make use of it. However, it won’t be something we will utilize as Helheim Hassle is merely a 2D game."

It is a little disappointing to hear that we still can’t use our PS2 libraries without dusting off the ol’ PS2. It IS exciting to hear that we can use the original Xbox games on the Series X. But I reckon which console to choose will always boil down to the current gen of games anyway. Or you can always get both if you save up like crazy!