Nicolas Dufer of Degica speaks with GamingBolt about the “anti-RPG”.

Posted By Shubhankar Parijat | On 04th, Mar. 2020 Under Article, Interviews

Pyramid’s unique RPG Hero Must Die has been out and playable in Japan in some form or another for a while now, but had never made its way west. For a lot of fans of the genre, that was a real shame, because its premise – which sees players starting the game at his strongest and progressively growing weaker – was a particularly curious one. Finally though a western localization is out now, with Hero must die. again having recently launched for the PS4, Switch, and PC. Before it did come out, we sent across some of our questions to the people bringing the game over to the west. You can read our conversation with publisher Degica’s Nicolas Dufer below. 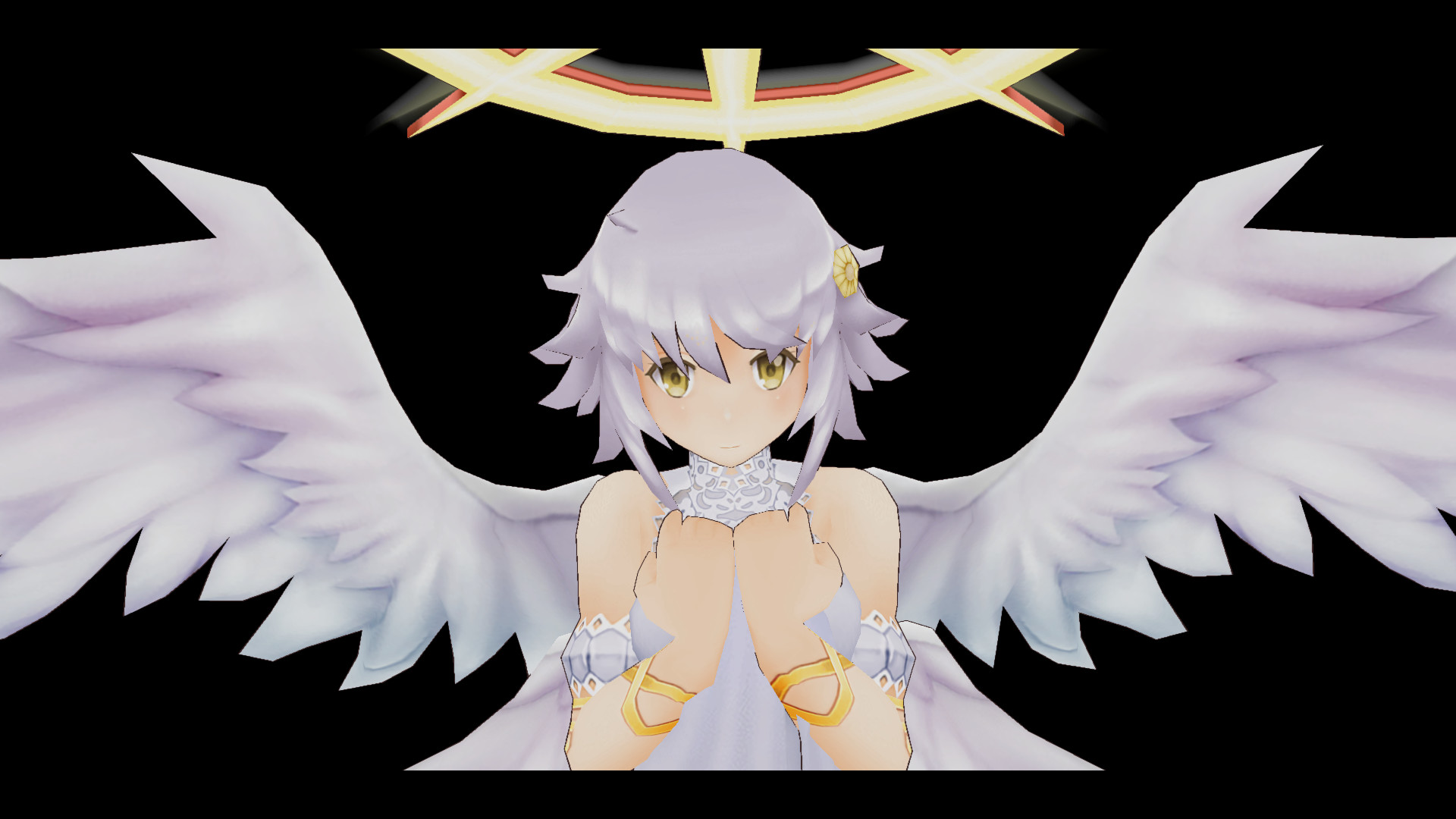 "We feel it is a timeless masterpiece, with few if no similar games in the genre, and we are truly happy to bring it at last the western audience too."

Hero Must Die has been in Japan for a long time, but never made its way west on consoles. What led to the decision to bring the game to western markets as well?

Pyramid and Masuda Shoji had been talking about an upgraded release of this title, and when they asked us (Degica) we were more than happy to support and release this game. We feel it is a timeless masterpiece, with few if no similar games in the genre, and we are truly happy to bring it at last the western audience too.

The concept of the hero starting out at the peak of his powers and then growing weaker as the game progresses is an interesting one- how does it manifest in terms of gameplay mechanics?

Taking actions in the game will have the clock go forward, and regularly the game will flash red as the hero weakens. There are a few subtleties to this weakening system:

1) Parameters are lowered (down to 1 near the end)

2) The Hero forgets spells (especially, he forgets quickly the teleportation magic he can use at the start of the game)

3) Weapons and Armor become too heavy, and you need to find and buy weaker one to still be effective in combat.

Moreover, if the hero keeps adventuring without rest, his fatigue will go up. While this does not affect the game directly, each time a weakening happens the parameters will be lowered more if the fatigue is high.

How does the game balance that mechanic with maintaining a sense of forward progression?

During one playthrough, the hero recruits companions and adventuring with them, they will start to level up as the hero weakens. This is one of the strong themes of the game, that while your body weakens as days pass, in its stead you build up a network of people that can cover for or even do more than you could do when at the peak of his abilities.

The second progression is that some of the major quests you complete will influence and change the world after the second revival and further.

By replaying the game more times, it will allow the user to further see the world the Hero lived in and help him rekindle memories with those who he has forgotten. 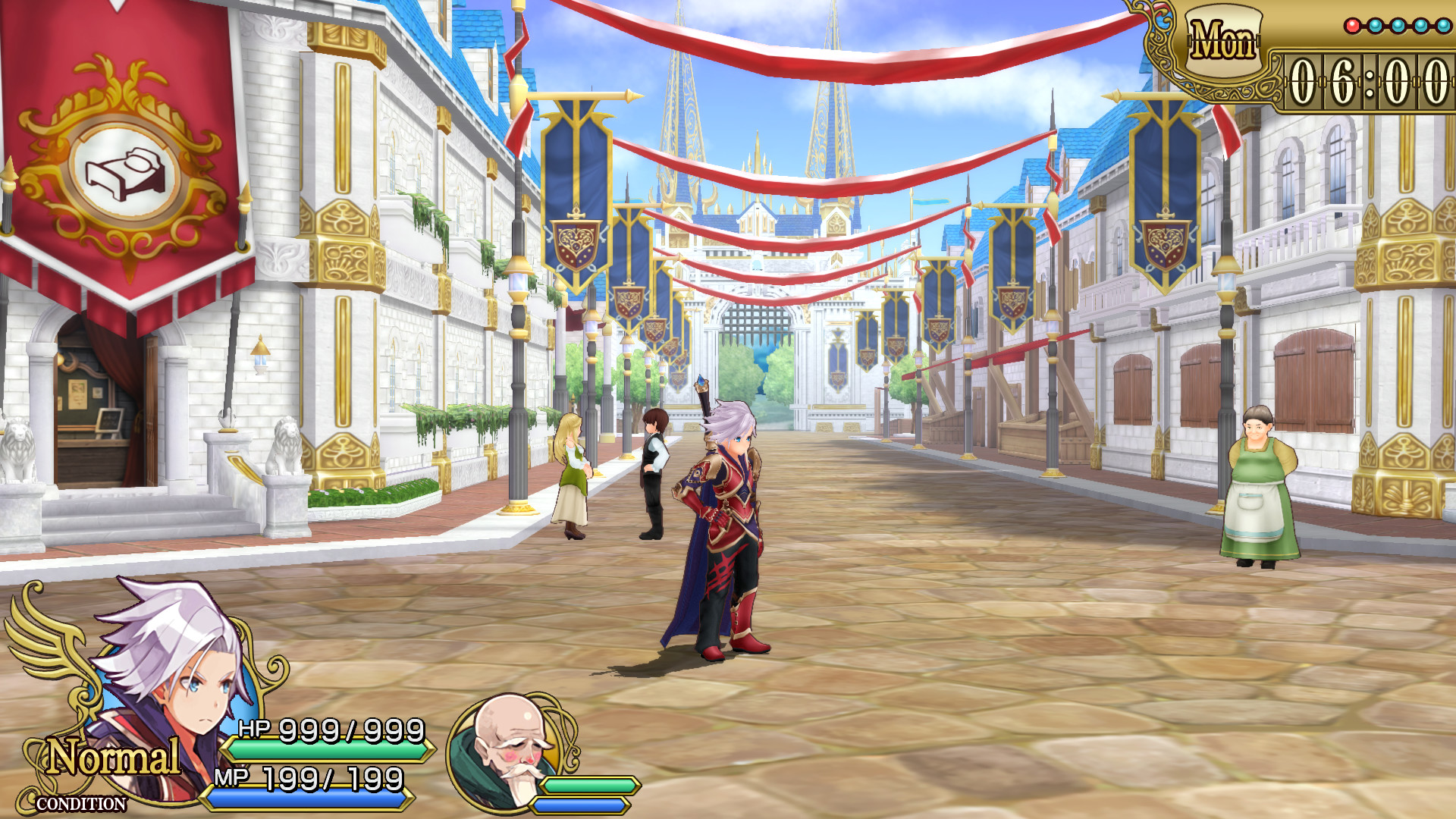 "The game is very faithful to the Japanese Vita release visually, but the framerate is enhanced to 60fps, and many textures have been modified for the higher resolution."

What sort of visual and technical improvements will you be making to the original game with this release?

The game is very faithful to the Japanese Vita release visually, but the framerate is enhanced to 60fps, and many textures have been modified for the higher resolution. There are also a number of enhancements to the game to make the gameplay more enjoyable. A few of those are:

Simple battles: When you encounter enemies so weak that beating them is a joke, no battle will take place and the player will just be awarded with the loot from the enemy.

Auto command: To complete an easy battle quickly, you can keep the Auto button pressed to keep attacking until the battle is done.

Gallery: to keep track of the allies and enemies you have met, and which of their quests you have completed. You can also check on all the equipment and listen to the game music.

Will you be adding in any new content with Heroes must die. again?

As mentioned, quite a few features to make the game more enjoyable, but also some additional dialogs from Masuda Shoji adding to the endings, new BGMs, including the new main theme “Reincarnation” by Kenji Ito.

About how long is will an average play through of Hero must die. again be?

A single playthrough should be around 3 hours.

Do you have any plans to launch on Xbox One?

We do not have any plans for an Xbox One release of the game at this time.

There are no PS4 Pro-specific enhancements with the title. 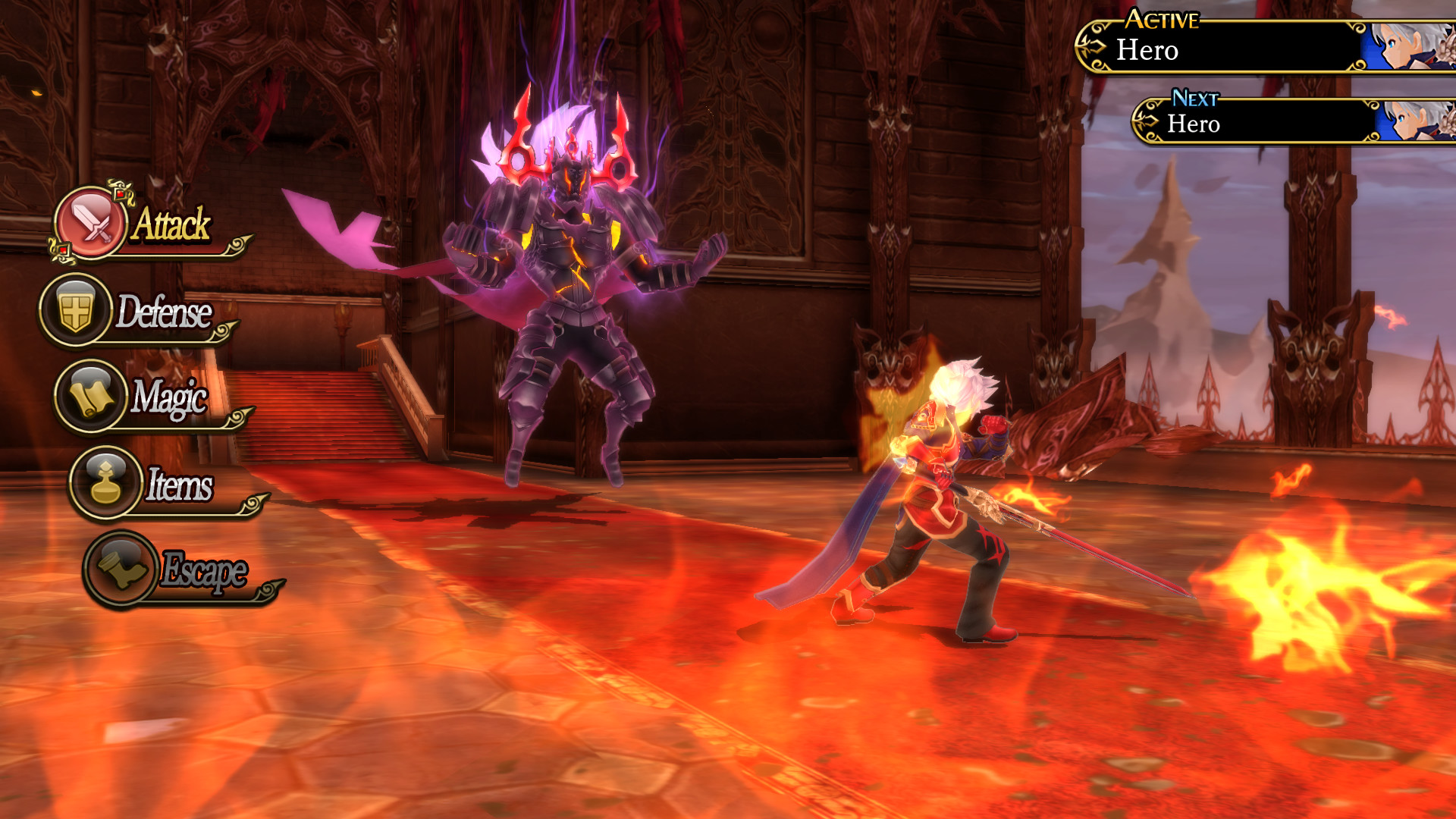 We do not have any plans for an Xbox One release of the game at this time.