How Modern Warfare 2 Was Made for PC

What with the mixture of hype, boycott’s and general bad news for the more well-informed of the PC gaming community, some people just don’t know what’s what any more. Here at GamingBolt, we thought it might be a good idea to think, hypothetically, at what might have been happening at the production labs over at Infinity Ward to see what really went on.

For all your reading enjoyment, we have put this feature in the form of a film script. The film; The Making of Modern Warfare 2.

Infinity Ward production leader: Well done men, we have successfully created another great game in the Call of Duty franchise for our beloved consoles. Job well done. All that’s left is to whip the mainstream media into a frenzy about it.

Minions: But sir, what about the PC?

IW Production Leader: Oh damn, I almost forgot. Well, I suppose we ought to make a PC version…after all, the CoD franchise wouldn’t be the powerhouse it is today without the PC community.

Minions: So how should we make it sir?

IW Production Leader: Well, you know what? I never really liked the PC anyway. Let’s just port it straight over from the consoles!

Minions: But sir! There will be a huge backlash!

Minions: That’s a great idea! And while we’re at it, I’m sure we can easily add lean- that’s been a staple of the franchise on PC after all. 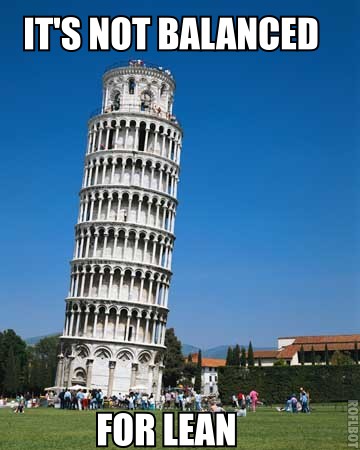 Minions: Well sir, will we at least have dedicated servers in the PC version?

IW Production Leader: We could do I suppose. But here’s an idea- do you guys want to make a little extra on the side? How about we have no dedicated servers and no mod support, that way we can hamstring everyone with expensive map packs!

Minions: Wow, extra money! Why not? But won’t that mean having to use Peer-to-Peer?

IW Production Leader: It sure will folks. But why not, it works on consoles right? Sure it will be laggy, but that’s what multiplayer gaming experience is all about nowadays anyway. Even better, we get to ground the max number of online players at 18 per match, because that way there is no chance that someone from the UK will try and play a game with a bunch of Americans…

Minions: How will we stop cheating though?

IW Production Leader: VAC is faultless. It cannot be cracked. And even if someone did get past it, no one uses wallhacks these days.

Minions: Anything else we should put in the game sir?

IW Production Leader: Well, have a good look at all the mods for CoD4 and see if there is anything worth copying. No copyright, no problem! Now all we have to do is throw a pair of NVG’s into the bundle and everyone can run around thinking that they are Sam Fisher. Everyone likes NVG’s. And don’t forget, jack up the price! We know everyone will buy this game, so we can bump it up as much as we like!

(This script is purely fictional and does not represent any of Infinity Ward’s actions or statements. Any opinions put forward are opinions of the editor.)