Hunt: Horrors of the Gilded Age Wiki – Everything you need to know about the game

Everything you need to know about Hunt: horrors of the gilded age

Hunt: Horrors of the Gilded Age

Hunt: Horrors of the Gilded Age is an upcoming free to play cooperative third person shooter video game with horror and RPG elements. The title is currently being developed by Crytek Frankfurt, the same Crytek division that developed Ryse: Son of Rome.

The game is going to be powered by Crytek’s 4th Generation Cryengine, which unlike previous builds does not carry a numerical entry in its name, is currently being developed for release on the Xbox One, PlayStation 4 and Microsoft Windows PC’s. While the game hasn’t been given a release date at this time, likely due to Cryteks current financial difficulties, the game is slated for release at some time in 2015.

The current state of Hunt: Horrors of the Gilded Age is largely unknown due to internal developments within Crytek. It was revealed in June of 2014 that Crytek had missed paying due wages to staff and that bonuses for employees in their UK and USA offices and this led to claims of Bankruptcy, which were later denied. Whether or not the game is still being actively developed is unknown.

Not long after in July of the same year, Crytek announced that they would be performing restructuring of a large part of their company, this caused the development of Hunt: Horrors of the Gilded Age to be shifted to their Crytek Frankfurt offices.

This transition of workplaces coupled with the departure of a lot of disgruntled staff is most likely the explanation for the cancellation of the game’s Beta which was previously scheduled for late 2014. On December 13th, probably in relation to the above mentioned issues as well as other unconnected Crytek ongoings, the Beta for Hunt: Horrors of the Gilded Age was cancelled and since then no new information has been released regarding the date of the Beta.

One of the reasons for the Beta delay is said to be the relocation of the Cryek Austin teams development to the Frankfurt team.

Hunt: Horrors of the Gilded Age was first announced to the public on June of 2014 when it was revealed to be the first game developed by Crytek USA. The game was being built from the ground up with the goal of being a cooperative title, with David L. Adams, a video game designer who previously worked on the popular Darksiders games, having said “one of the first things we said when we got here was, we are absolutely doing a four-player co-op game. That wasn’t even up for discussion.”

Because of the game’s obvious thematic similarities to Ready At Dawn’s The Order: 1886, Adams posited that there were in fact few similarities between the two games saying that his game was much more “authentic” than The Order.

The game is said to feature procedurally generated stages, meaning that no two missions would ever been similar, but it’s likely that the game will have a number of predetermined assets which will make up the mission structure.

At the minute, the story elements of Hunt: Horrors of the Gilded Age have not been revealed, what we do know is that the game is said to be a “spiritual successor to Darksiders” and that it will “have a lot of the DNA”. 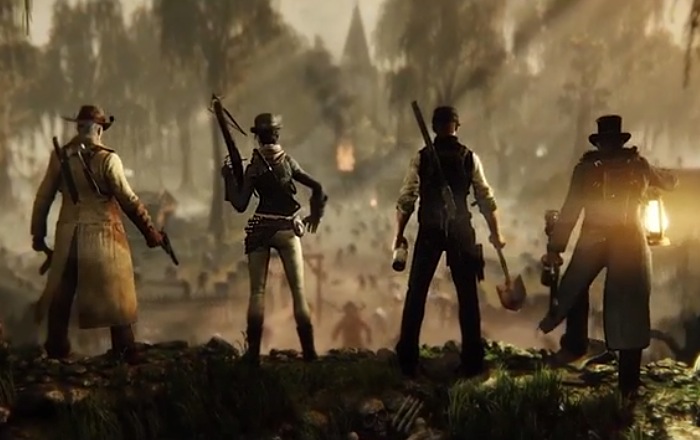 The gameplay that we’ve seen thus far of Hunt: horrors of the gilded age has shown to game to be a cooperative third person shooter, but there was little worth remarking on given the fairly simplistic gameplay on show.

A common complaint about the gameplay is that it doesn’t show any hint of being a spiritual successor to Darksiders nor does it show anything that makes the game stick out. Contrary to their claims, the game is much more reminiscent of The Evil Within or Resident Evil 4. This is in regards to both the shooting mechanic and the overall visual style. 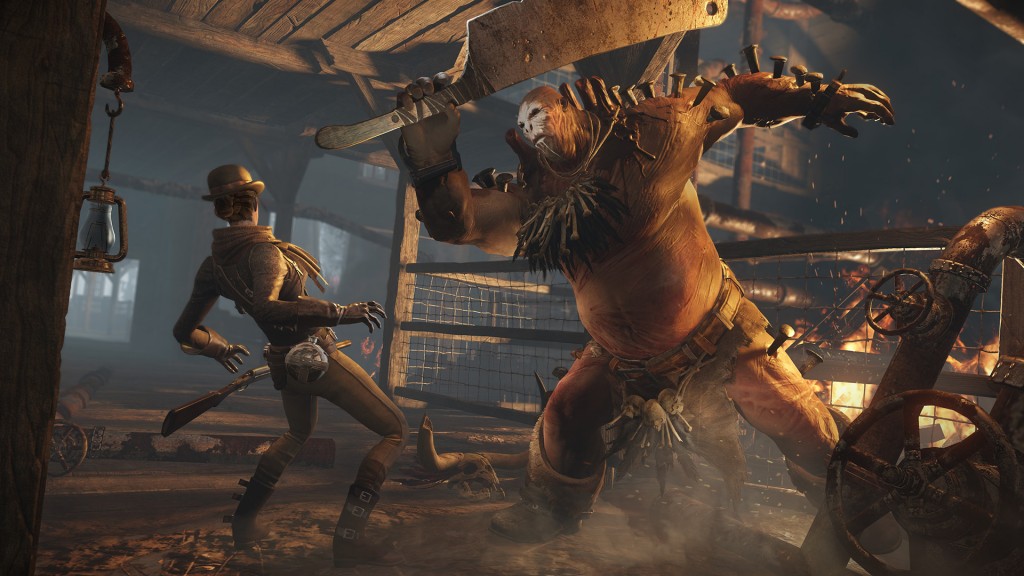 At the time of writing, it has been confirmed by Metro that the characters that the player will be taking control of aren’t restricted to specific classes. Furthermore, Crytek is yet to decide on how character customisation will be implemented.