Posted By Shubhankar Parijat | On 04th, Nov. 2020 Under Article, Interviews

With a bright and vibrant visual aesthetic that is immediately reminiscent of the Paper Mario games, Hyper Team Recon makes a charming first impression. What’s exciting about the game, however, is that beyond that first impression, there’s plenty else to be excited about. Promising a 3D platforming adventure in the backdrop of a whimsical setting and interesting central mechanics, Hyper Team Recon has the potential to be a great game, with the right execution. Curious as we are about the game, we recently reached out to its developer to learn more about it. You can read our conversation with the game’s developer Nathan Burton below. 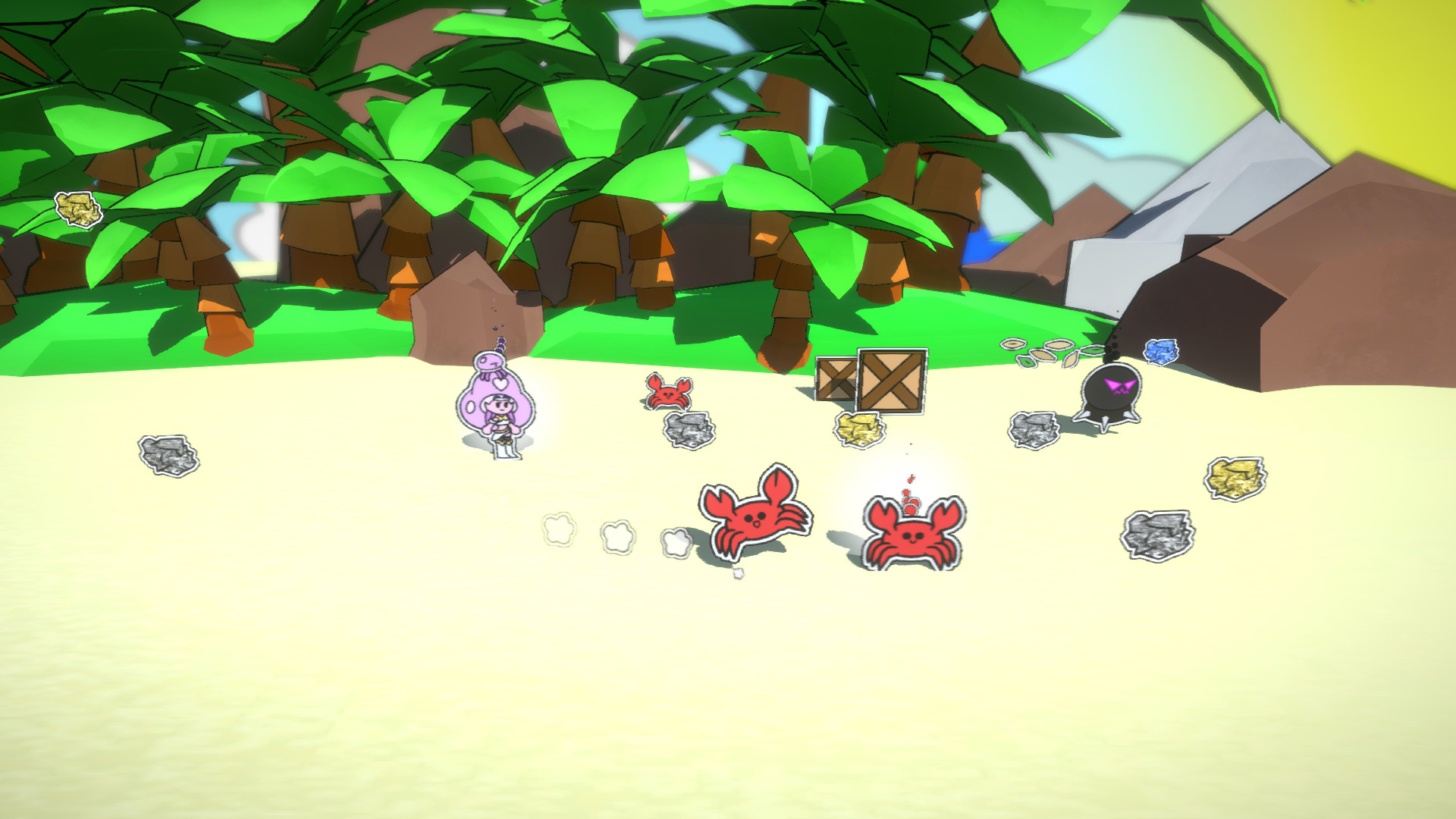 "The visuals of the game are heavily inspired by the cuteness and charm found throughout the Paper Mario series, with its use of 2D characters in 3D environments."

Hyper Team Recon has a very beautiful aesthetic, and I’m sure you’ve heard this a lot, but it seems very reminiscent of the Paper Mario games. Did that at all serve as an inspiration when you were coming up for the look of this game?

Yes, the visuals of the game are heavily inspired by the cuteness and charm found throughout the Paper Mario series, with its use of 2D characters in 3D environments.

This might sound like an oddly specific question, but it’s one I’ve gotta ask. Judging depth can often be a bit of a challenge in games that go for the paper-esque art style that Hyper Team Recon is going for. How does the game reconcile that with its nature as a 3D platformer, which requires precise movement? Or is that something that hasn’t even come up as an issue?

So far, only certain earlier areas of the game have been made, where platforming and combat doesn’t demand too much precision, so if there are depth perception problems, they are yet to be found.

Saying that though, if in the future depth perception does in fact become an apparent issue, I believe adding something like a round little drop shadow directly under the player so that they can see exactly where they will land would likely be an effective fix.

Can you tell us about the aliens’ shapeshifting abilities and how these will manifest in the game as gameplay mechanics?

The three main characters of the game are from an alien species called ‘ayalls’. Ayalls are capable of morphing into other lifeforms, copying their appearance and abilities. The main mechanic of Hyper Team Recon consists of experimenting with this morphing ability in order to access new forms and abilities to explore, uncover secrets and progress. For example, the player could morph into a penguin in order to swim across deep water and discover a secret area.

The idea of being able to transform into anyone you meet is an interesting one, and one that potentially opens up a lot of gameplay opportunities. How does Hyper Team Recon balance this ambitious nature with ensuring that it doesn’t ever feel overwhelming?

To prevent things from becoming overwhelming, new characters and enemies are introduced gradually, with every new enemy encounter having a unique introductory animation of the enemy using their ability. The total amount of unique characters and enemies introduced in each level will stay relatively low in the early levels, introducing more abilities and concepts as the player progresses, encouraging experimentation with all the different forms the player has available to them in order to reach new areas, solve puzzles or deal with tricky enemies! 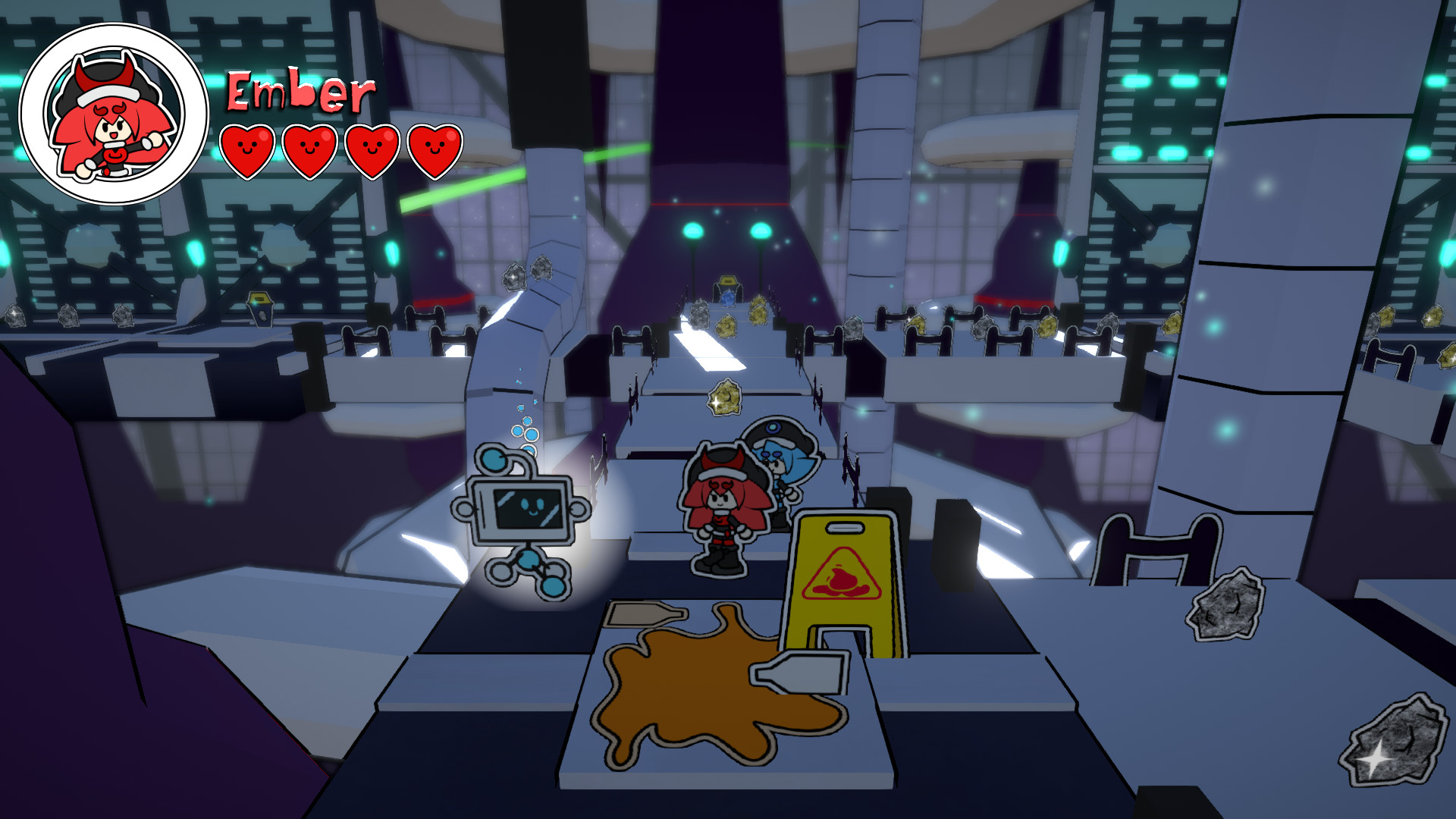 Does the shapeshifting mechanic play an equally important role in both combat and platforming?

How many unique options will the game feature in terms of the forms players can take? How much will the unique abilities of these forms differ from each other?

I aim to have every form in a level feel unique from one another, in both the character designs and the abilities themselves. I feel players will find every level unique regarding the challenges they present, as the levels will be designed with the available abilities and forms in that level in mind, in order to maximize the potential of every ability.

How much of an emphasis does Hyper Team Recon place on its story, world, and characters?

There will be a good amount of dialogue, character and word building throughout the game with its combination of both cutscenes and in-game conversations with characters. The main gist of the story is that three alien recon troops are assigned the job of going to Earth to gather information on the planet and the life forms found on it in order to see whether the planet is suitable for their alien species to live on, as their species are looking for a new planet to live on.

Throughout the game, players will meet and interact with a wide variety of characters as they explore Earth, each with their own personality, dialogue, and ability.

I hope that players enjoy the dialogue and all the interactions to be found by talking to all the different characters found throughout the game! 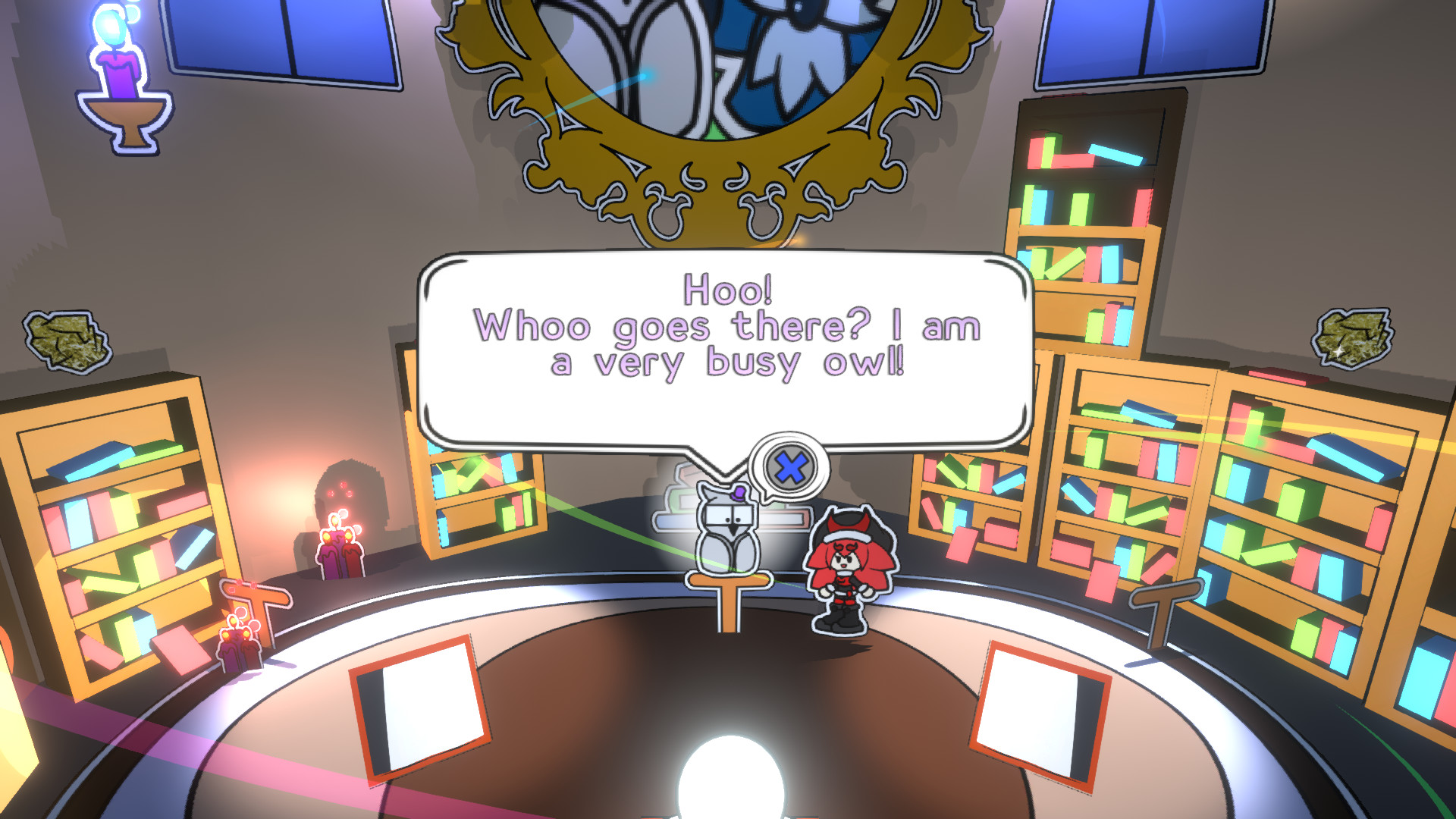 "I feel players will find every level unique regarding the challenges they present."

Hyper Team Recon promises various collectibles in its world, which is great for extending a game’s replay value, and feels right at home in any platformer. Can you tell us more about these collectibles, and what finding them will entail, in terms of combat, puzzles, or platforming challenges?

Firstly, there is foil, the main collectable in the game. Foil can be found all throughout each level, as well as found within destructible objects. Foil is used to fill out pages in the scrapbook, a book that unlocks extra content as you use fill it up, including cutscenes, short bonus challenge levels, and costumes for the characters.

Other collectables include the three medals obtainable in each level. Each medal represents an optional objective, and by clearing that objective within the level, you gain that medal.

If all three medals in a level are collected, the player will unlock a special costume for the character used in the level, that they can equip in the menu!

Roughly how long will an average playthrough of Hyper Team Recon be?

A playthrough, I estimate. would take around 8-9 hours. This is keeping in mind that to get 100% people will need to do a lot of exploration and may have to replay levels to complete some of the optional medal objectives they may have missed, as well and fill out the scrapbook in its entirety, clearing every extra challenge level found within.

To be honest – it’s doubtful either of these technical specifications will make a big distinction or difference on development. While it’s easy to see how this may affect some other games, especially on the AAA side, for games which aren’t solely about pushing graphical fidelity to their limit, it’s hard to really see this improving anything. Performance on many games was already quite good on prior generational systems, so the only real benefit is perhaps better rendering capabilities or better stability to frame rate.

The PS5 features an incredibly fast SSD with 5.5GB/s raw bandwidth. This is faster than anything that is available out there. How can developers take advantage of this? How does this compare to Series X’s 2.4GB/s raw bandwidth?

It’s hard to say universally how this would make a difference. We also can’t say anything which compromises how things like development SDKs make usage of these features or functionalities. What we will say is that file-writing and file-reading operations are obviously enhanced greatly by this; this is good for a number of things, including asset bundling/loading, or even file saving/loading. The main effect we’d say this has which would be noticeable on a consumer end is speeding up load times. 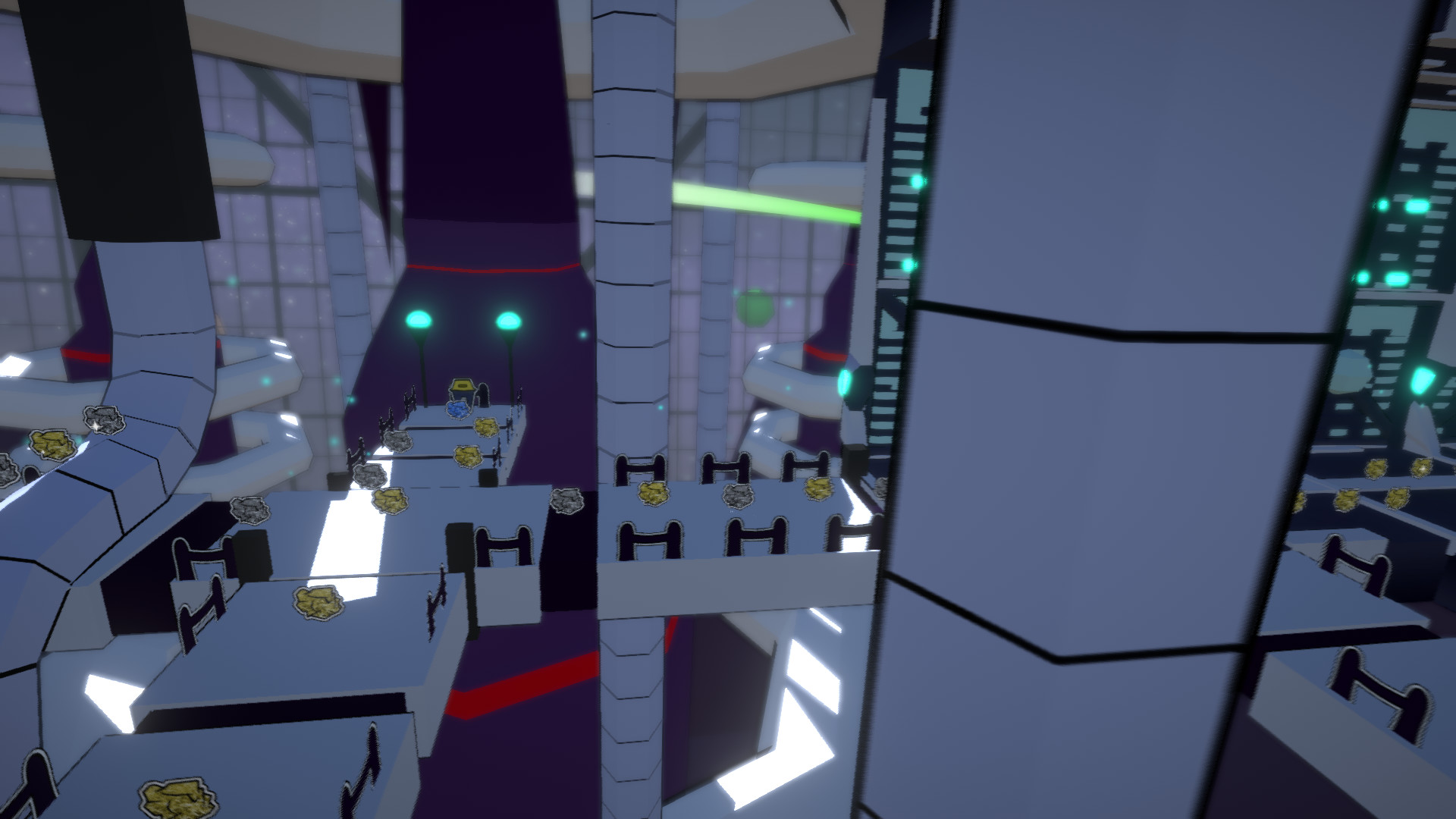 "A playthrough, I estimate. would take around 8-9 hours."

There isn’t much to say about this difference. Performance of the game will be virtually the same on both systems. With more stylized indie games or games with 2D portions, these specifications are never going to make as big of a difference as they are for bigger AAA graphics-dependent titles.

The Xbox Series S features lesser hardware compared to Xbox Series X, and Microsoft is pushing it as a 1440p/60fps console. Do you think it will be hold up for the graphically intensive next-gen games?

Since it’s already known that the Series S will not be running games in 4K, I am curious myself to see if the more graphically intense Series X games will have any sort of reduced graphic quality in order to run on Series S.

If some games do need to have their graphics tweaked down a bit in order to run at 60 fps on Series S, I hope they are able to include an option on these games to increase the quality of the graphics to Series X-levels, at the cost of a 30 fps cap, like certain games on Xbox One X did, such as Forza Horizon 4.

What resolution and frame rate will your game run at on PS5, Xbox Series X, and Xbox Series S?

The game’s native version was based around a 1080p resolution, so anything higher than that would be upscaled. The game should run universally at 60 fps on console.