Posted By Shubhankar Parijat | On 07th, Nov. 2019 Under Article, Interviews

Ice Age is a massive quantity as far as films are concerned, and while it may not have made as big of a mark in video games, developers Just Add Water definitely had some ideas for what an Ice Age game would be like. And that was to take Scrat – one of the most recognizable and beloved characters in the series – and making a game entirely about his shenanigans and his nut-seeking adventures. Curious to know more about the game, we recently sent across some of our questions about it to the developers. Read our conversation with Just Add Water CEO Stewart Gilray below. 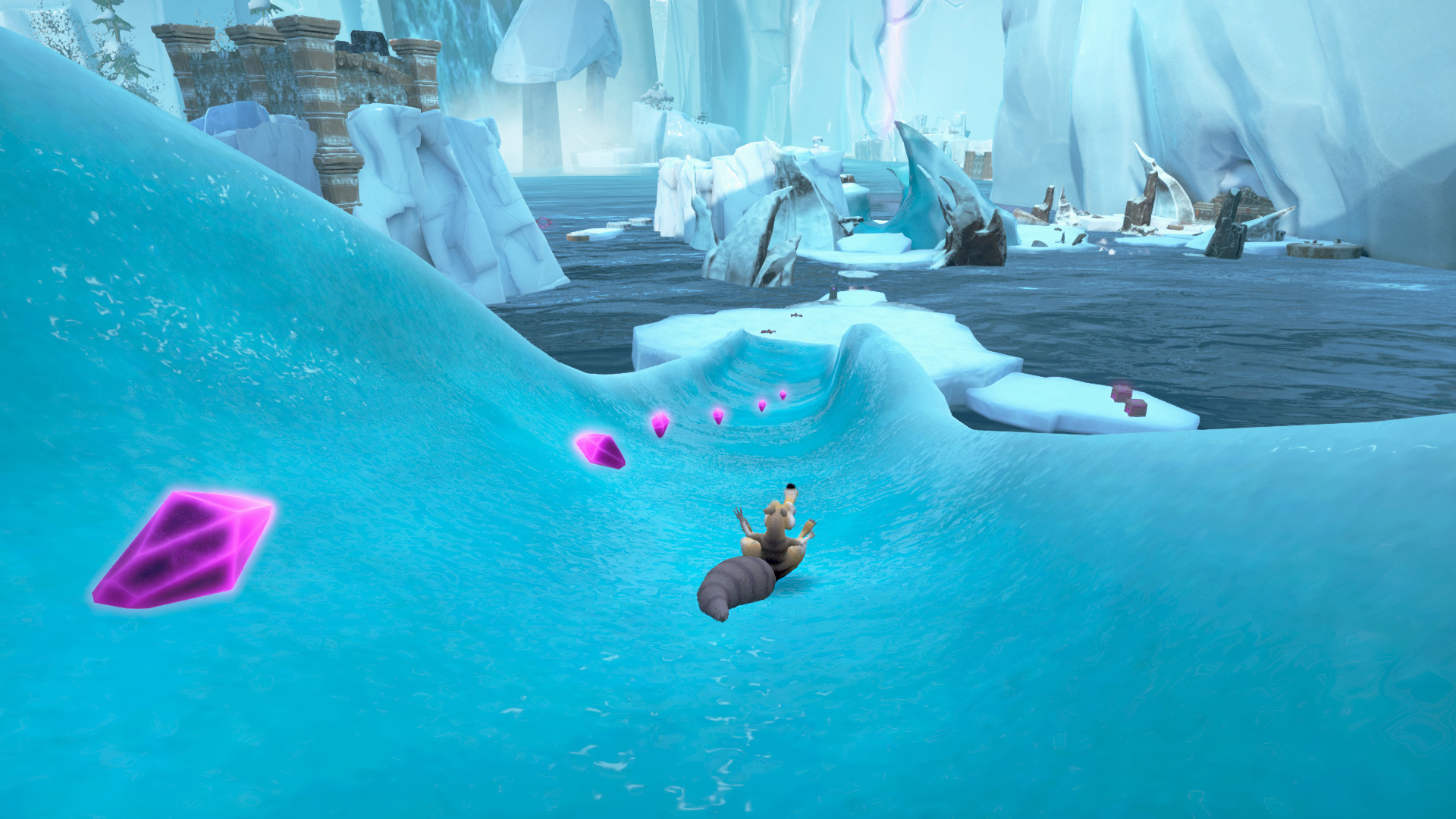 "When Outright Games came to us with the idea for this game, we all agreed Scrat was the best main character to go with, as to be honest, I think he’s the funniest character in the franchise."

From this franchise’s entire roster of characters, why did you choose to make a game revolving around Scrat?

When Outright Games came to us with the idea for this game, we all agreed Scrat was the best main character to go with, as to be honest, I think he’s the funniest character in the franchise.

Being a game that places such an emphasis on platforming, level design is something that’ll be very important to the entire experience. Can you talk us through the philosophies that have defined this game’s level design?

We had a number of rules that we worked with, one of the main ones was strangely, humour. We set up the levels so that Scrat’s unique abilities came into play. We also tried to use the environments, we knew that some of the levels would be based on environments from the movies, so we thought about this during that planning stage.

Can you talk to us about what sort of power ups and abilities we’ll be unlocking throughout the game?

The game is set across 5 environments split into various sets of levels and as you progress through the game you unlock an ability after each set of levels. Not wanting to give too much away I can say that the first ability is the double jump, so you can now reach higher locations/platforms than you could before. With each of these abilities you can go back and re-explorer earlier levels to get collectibles or other hidden items. My favourite ability is unlocked about halfway through the game and utilizes the kind of humour I mentioned previously.

Beyond the critical path stuff, does Scrat’s Nutty Adventure offer many optional objectives or leave room for exploration?

Definitely, as I hinted at, if you want to 100% the game you will need to explore various nooks and crannies in the levels, but for those, you will need all the abilities you gain through the game.

Will we be visiting a lot of locations that fans of the films will be familiar with?

We have a few locations based on parts of the movies, mainly in the look of the environments rather than specific locations. 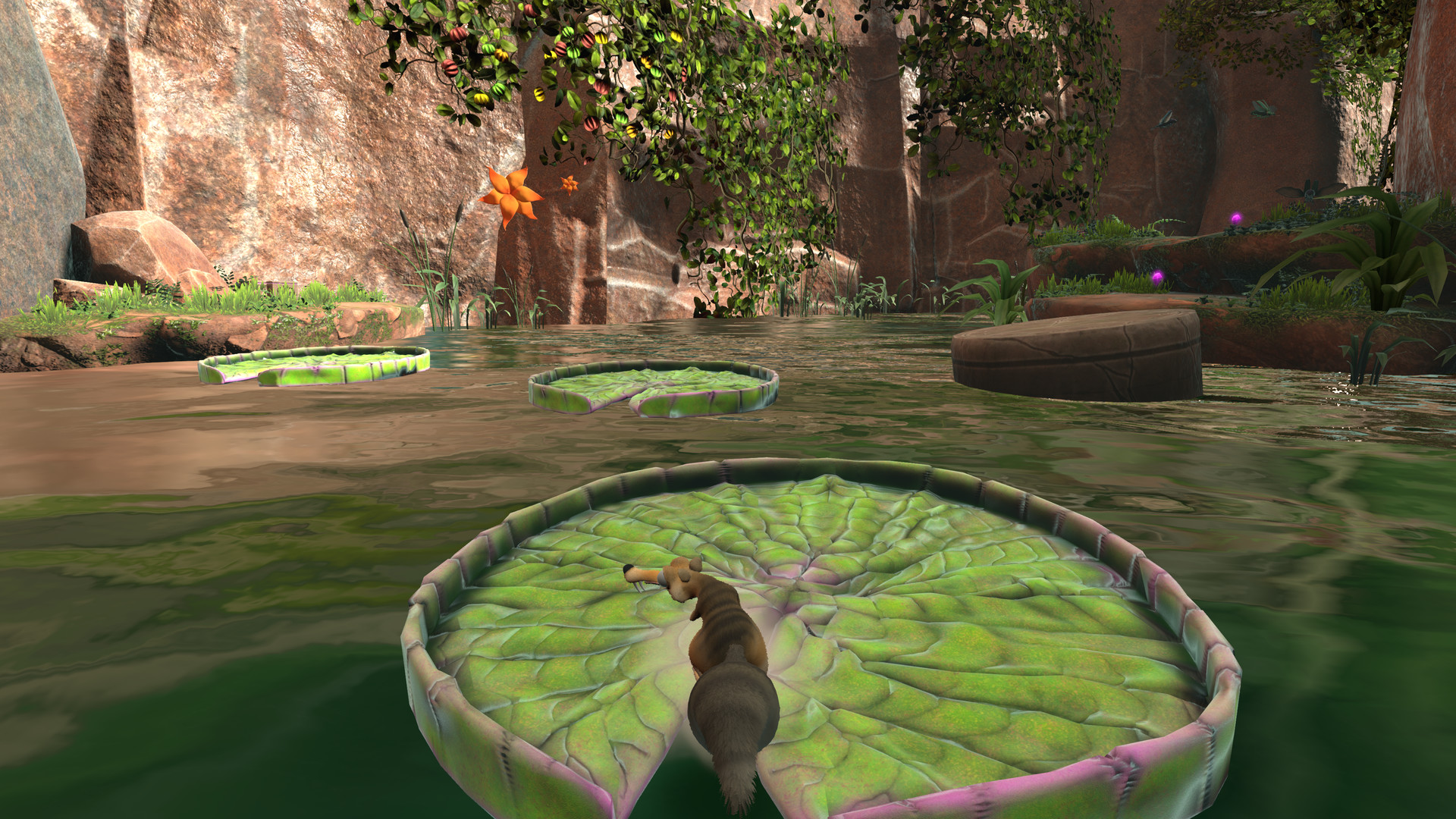 "Our story is based on something that was hinted at in the movies, let’s call it a greater intelligence, or a “past” and our story is entirely based on that."

Conversely, can we expect to see many new locations and landscapes in the game as well?

Yes, the story is entirely focused around something that was touched on very briefly in the latter films, as such we’ve sort of opened up the Ice Age universe and as players make their way through the game there will be nods and winks to this.

How are you striking the balance between taking cues from the films and adding original new content?

Great question, so our story is based on something that was hinted at in the movies, let’s call it a greater intelligence, or a “past” and our story is entirely based on that. We were actually in contact with Lori Forte over at BlueSky Studios regarding the story, we put in a couple of suggestions for the direction we would go in and went with this one. Lori was instrumental in moving ahead with the story and helping us to get the overall arc finialised.

About how long is an average playthrough of Scrat’s Nutty Adventure going to be?

For a new player, a normal playthrough will be around 5-6 hours, with a 100% run being upwards of 8hrs. If you’re going to speed run it and not collect any of the extras you could probably do it in 3-4hrs and we’re excited to see the community try and set some impressive records on this. Saying all this, we’ve built this game for kids aged 6-12 years old, so we would expect this play time to be even longer as they take the time to explore this beautiful detailed world to explore.

Games like this rely on replay value. How are you ensuring that this will be the case here?

As I mentioned, you’ll need go back and forth through the game when you acquire new abilities to be able to find a lot of collectibles and extras. We’ve put in little semi-hidden secrets, so the player will see stuff and think ‘how do I get that?’. Then when they get an ability later on think “of course!”. As such we have a fast travel system in place, where at the start of each section there’s a pad that the player can use to access the map and return to areas they’ve been to previously.

Will the game feature Xbox One X specific enhancements? Is 4K/60fps on the cards?

We didn’t prioritise the inclusion of any Xbox One X specific items in our game, but who knows, we might look at it in the future if there’s enough call for it.

PS4 is 1080p on the base hardware and 1440p on PS4 Pro. The FPS is locked at 30p as we were more interested in resolution stability. 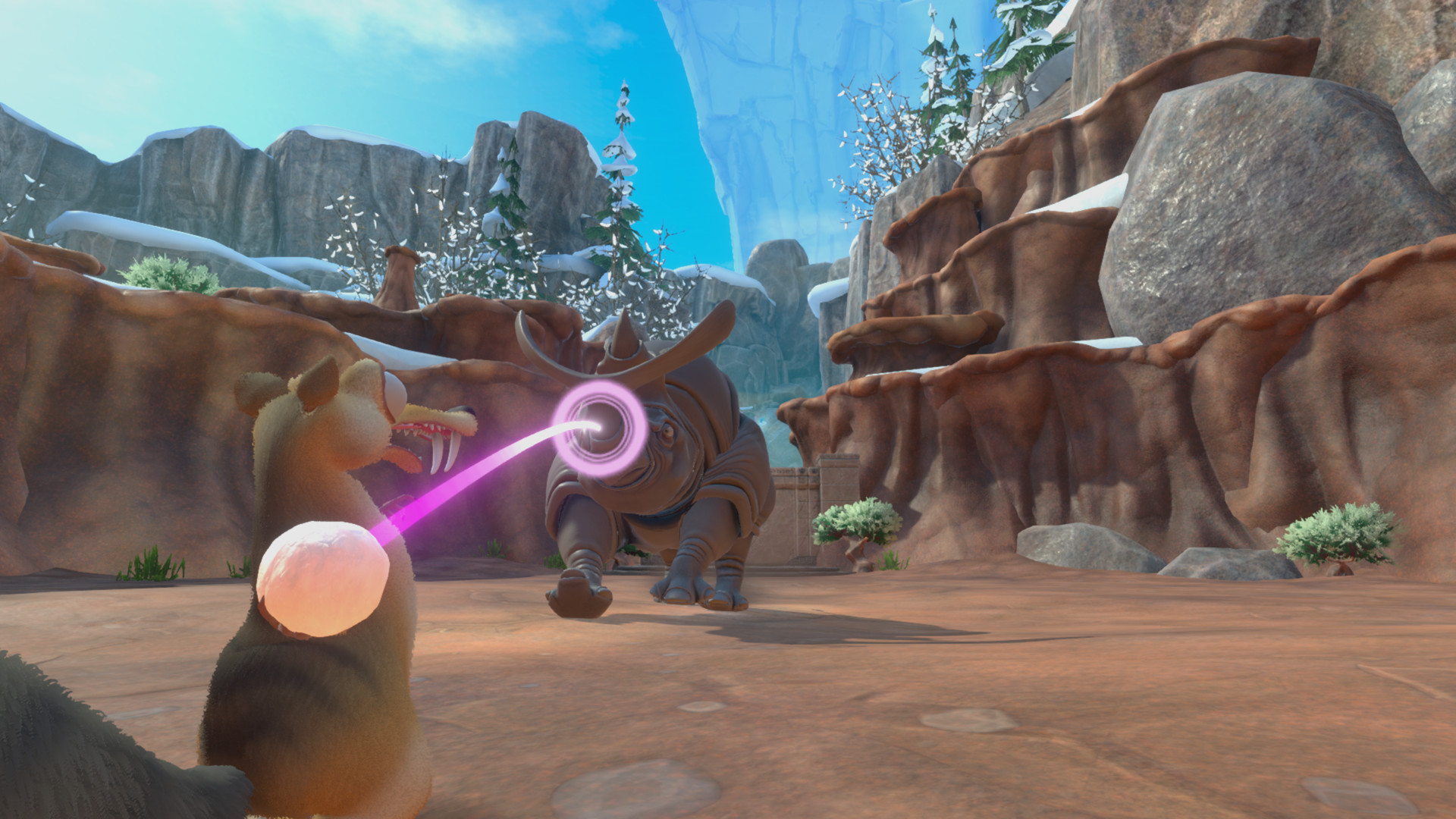 On Switch it’s 720p in docked and undocked. We’re doing a tremendous amount visually on the system and really pushing the limits there while aiming for a consistent 30 FPS.