A quick look at the Kickstarter project.

5 Lives Studios, an Australia-based gaming development company, has released a preview of the in-game mechanics for their Kickstarter project, Satellite Reign. Satellite Reign is a real time strategy game in which the player controls a team of four class- based characters.

5 Lives has set out to make Satellite Reign as customizable as possible, with each class based character having a myriad of skills and abilities that the player can choose to develop or not. On top of individual character customization, the decisions you make in terms of building your characters will affect the team dynamic of the group, allowing the player to mold their unit into whatever style tactical force they want.

Additionally, the “cyberpunk” style city that the game takes place in will take on the role of a character of sorts, by imitating an actual city, with the hustle and bustle ebbing and flowing in accordance with the time of day and location. This will influence the player’s tactical decisions, based on time, the number of bystanders, weather, etc. 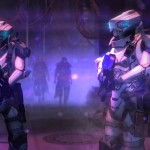 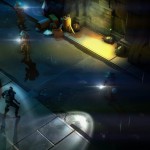 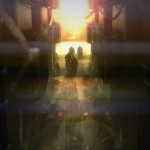