The new gameplay trailer showcases the bright and colorful post-apocalyptic world from the game. 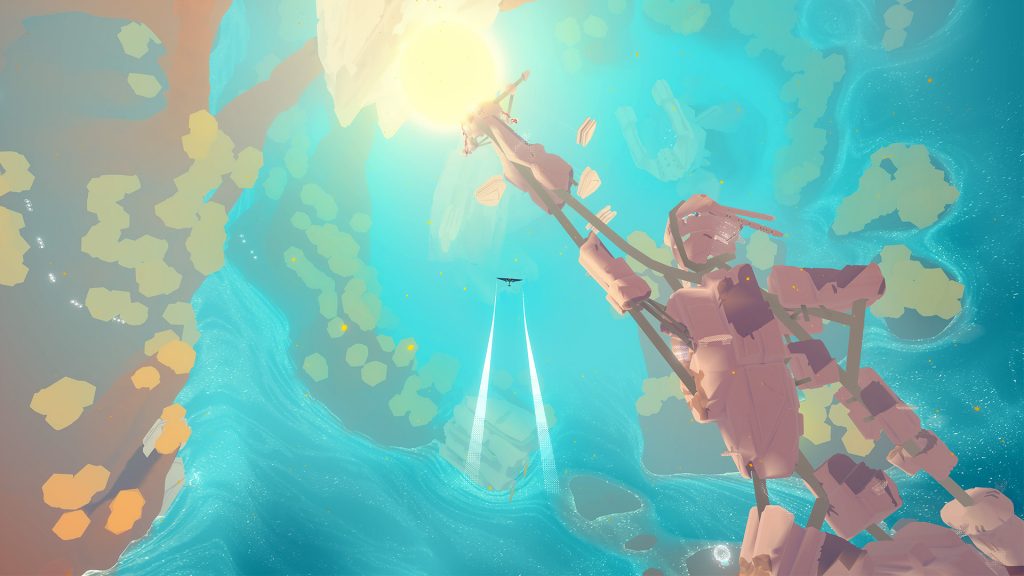 PolyKnight Games’ InnerSpace was originally set to release in Summer of this year. However, they had missed the original release window but the game is still in the works and is set to release on January 16th, 2018.

The trailer is titled “Into the Inverse” and showcases the bright and colorful post-apocalyptic world of InnerSpace which players will fly through in the role of a Cartographer. Additionally, as the Cartographer, it is the player’s job to piece together the mystery surrounding the state of the world and to interpret the many secrets around them. The developers states, “when you hop into InnerSpace, I hope you question everything you see. This world is open to interpretation, and every experience will be different. When in doubt, just keep flying, and the secrets of the Inverse will reveal themselves.”

The game certainly sounds interesting and inspirations of titles such as Journey are evident. The game will release on PS4, PC and Xbox One on the same date.