I would never call myself a philosopher, but I sometimes like to meditate on life’s big questions. What is our purpose in life? Is there such a thing as true happiness? Can humans discern between good and evil? Years of thought and intensive study failed to answer any of these questions, but International Athletics on the Wii has helped me realise that there is a true evil in this world. Hell is real and I can see this only now, having experienced what can only be described as malice incarnate.

In ancient times, players placed themselves in great physical pain as part of their training, believing that physical strife would cleanse the spirit. Having waved my arms around like I was on fire for the past hour, I feel I understand this concept a little better. International Athletics attempts to bring the excitement of fourteen athletic events into your living room by making you waggle your limbs in new and degrading ways. The fourteen events all play in a very similar fashion. The running games are all played by either shaking the Wiimote and Nunchuck up and down as fast as you can, (this was the most enjoyable aspect of the whole game, oddly enough) or by shaking them up and down to match the rhythm of the shoes that appear on the screen. Somehow, just by putting the IA disc into your way, all your peripherals immediately become limp and unresponsive. These timing based running sections are hardly playable and interfere with a large majority of the games on offer. 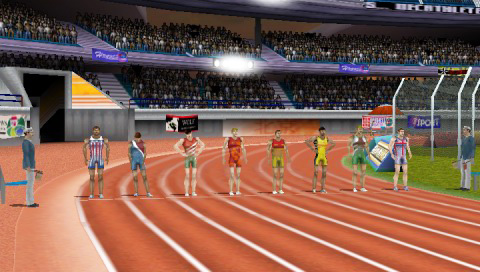 This is, literally, about as fun as it gets… which means not fun at all.

Those are the handful of running games out of the way, which are almost entirely identical; just for the record. We then have a series of running and jumping games that ask you to use ridiculously complex control schemes to set the angle of your various leaps and bounds. The complexity is furthered by the horribly inadequate explanations given to you before each game when you play the single-player modes.

Following on from this are the worst of all: The archery and target games. Now I’m no archery expert, but as far as I know an arrow can’t fight against the force of gravity. When the wind arrow points up, one must aim below the target so the wind will lift it up to the target’s centre. Seriously, what the hell is that?! A basic understanding of physics would tell you that this is an impossible occurrence, but lo and behold it has made it through into International Athletics. This just goes to show that the testing department responsible are either, under the age of consent, or severely inept at their line of work. 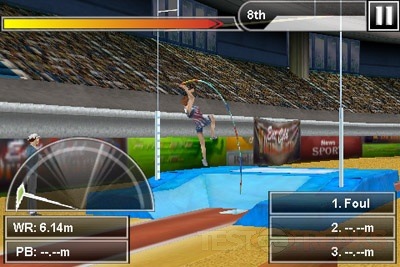 What do all these on-screen bars and meters mean? Your guess is as good as mine

Imagine the ugliest thing you’ve ever seen and beat it with an iron rod multiple times. That’s the way that International Athletics is presented. The textures are bland and amateurish, and the animations make the athletes look like there is something seriously wrong with them. The sound is no better with the repetitive crowd SFX reminding me of the cacophony of satanic voices that haunt my darkest nightmares. This game is a blight on the senses; pure and simple. 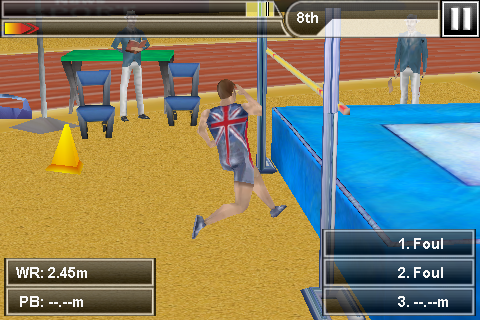 If only this was an N64 game. That way it would have an excuse for looking so bad

With so many repetitive games that are always the same each time you play, the lifespan question is easy to answer. If you have any thoughts in your head whatsoever, this game will not last you more than twenty minutes. There’s a two player mode, but if you would subject your friends to this experience then you are exactly the kind of foolish nonce that this game was designed for. Have you ever wondered why gaming isn’t seen as a serious creative medium? Your answer is right here and it’s a horrible sight indeed. Anyone who willingly wishes to purchase this deserves to be locked away in an asylum, and I’d be happy to do the paperwork for them. 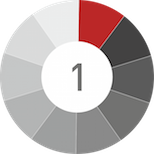 Final Verdict:
DISASTER
I have gazed into the jaws of the beast and I don't like what I see. Video games have never been so terrible...
A copy of this game was provided by Developer/Publisher/Distributor/PR Agency for review purposes. Click here to know more about our Reviews Policy.