Three Dots’ Interpoint is looking like a curious beast. Having recently hit early access on Steam, the game comes with the promise of an intriguing first person sci-fi mystery, bringing with it a focus on puzzles, elements of psychological horror, and an aesthetic that screams originality the moment you lay eyes on it. We’ve been eyeing the game for a while now, curious to find out more about it, an recently, we sent across some of our most burning questions about the game to its developers. Read our conversation about Interpoint and its future below. 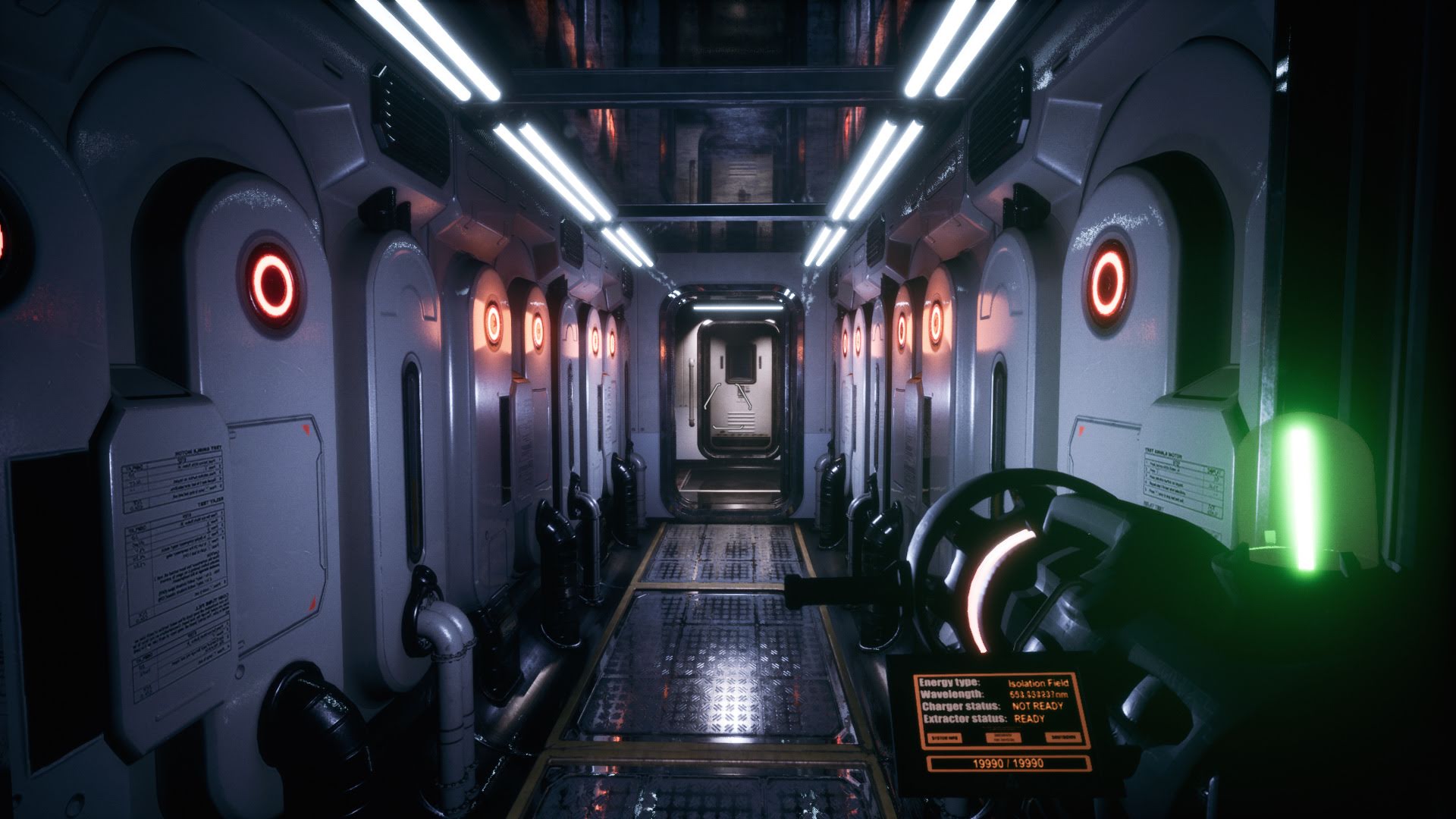 "We almost never use such techniques as screamers. The emphasis is on the atmosphere."

How much of a focus does Interpoint place on horror elements?

The focus on the horror elements is quite large, however, we almost never use such techniques as screamers. The emphasis is on the atmosphere.

Given the game’s setting, will players be travelling to several parallel worlds and dimensions, and thus get the chance to interact with some, let’s say crazy stuff?

Yes. As planned, some of the worlds will be very similar to ours and may confuse the player, but there will be those worlds that are fundamentally different in their craziness.

Is the Photon Gun the weapon players will be using primarily in Interpoint? Can we expect to see some other weapons in the game as well?

No, only the Photon Gun is used. However, this is not the only way to solve puzzles.

What application does the Photon Gun have in combat?

The gun has a mode with which it can temporarily freeze the enemy, and while he is in this state, run past him. You can also use the environment to win the battle.

How does it work in puzzles? Correct me if I’m wrong, but there certainly seems to be potential to push puzzle design with the usage of a single gun sort of in the way Portal did the same with its portal gun.

A gun can absorb various types of energy from surrounding objects, and different absorbed energy gives different properties to the gun. 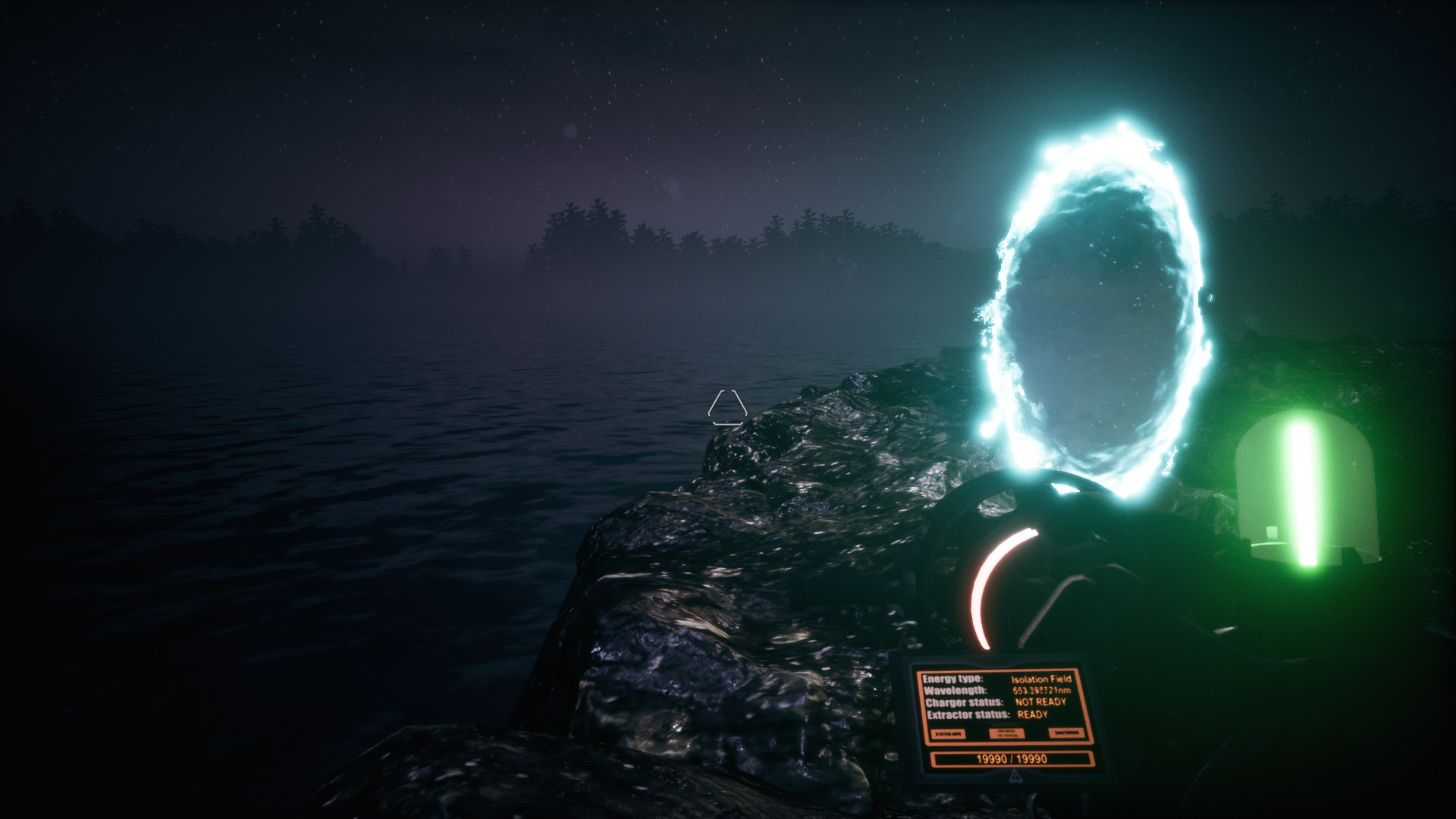 "The game has, let’s say, 3 “ways” that you can follow, and depending on your decisions you will take one of them."

Does Interpoint’s gameplay rely mostly on puzzles? Is there much of a focus on things such as stealth, combat, or exploration?

Yes, mostly on puzzles, however, such things as stealth and exploration will definitely be in there.

How much variation can we expect to see between the game’s multiple endings?

In the early access, players will not be able to complete the game to the end. The endings will appear in the game later and will be completely different, and in each of them the player will be able to solve only part of the story. Also, there will be one “secret” ending, which will be extremely difficult to achieve.

Is it only the game’s ending that will change, or are there branching narrative threads throughout the rest of the game as well?

The game has, let’s say, 3 “ways” that you can follow, and depending on your decisions you will take one of them.

Roughly how long can we expect Interpoint’s campaign to be?

6-8 hours in the full version and about 2.5-3 hours on the launch of early access.

No, the game will not be released on the Switch, we think it is not suitable for this. 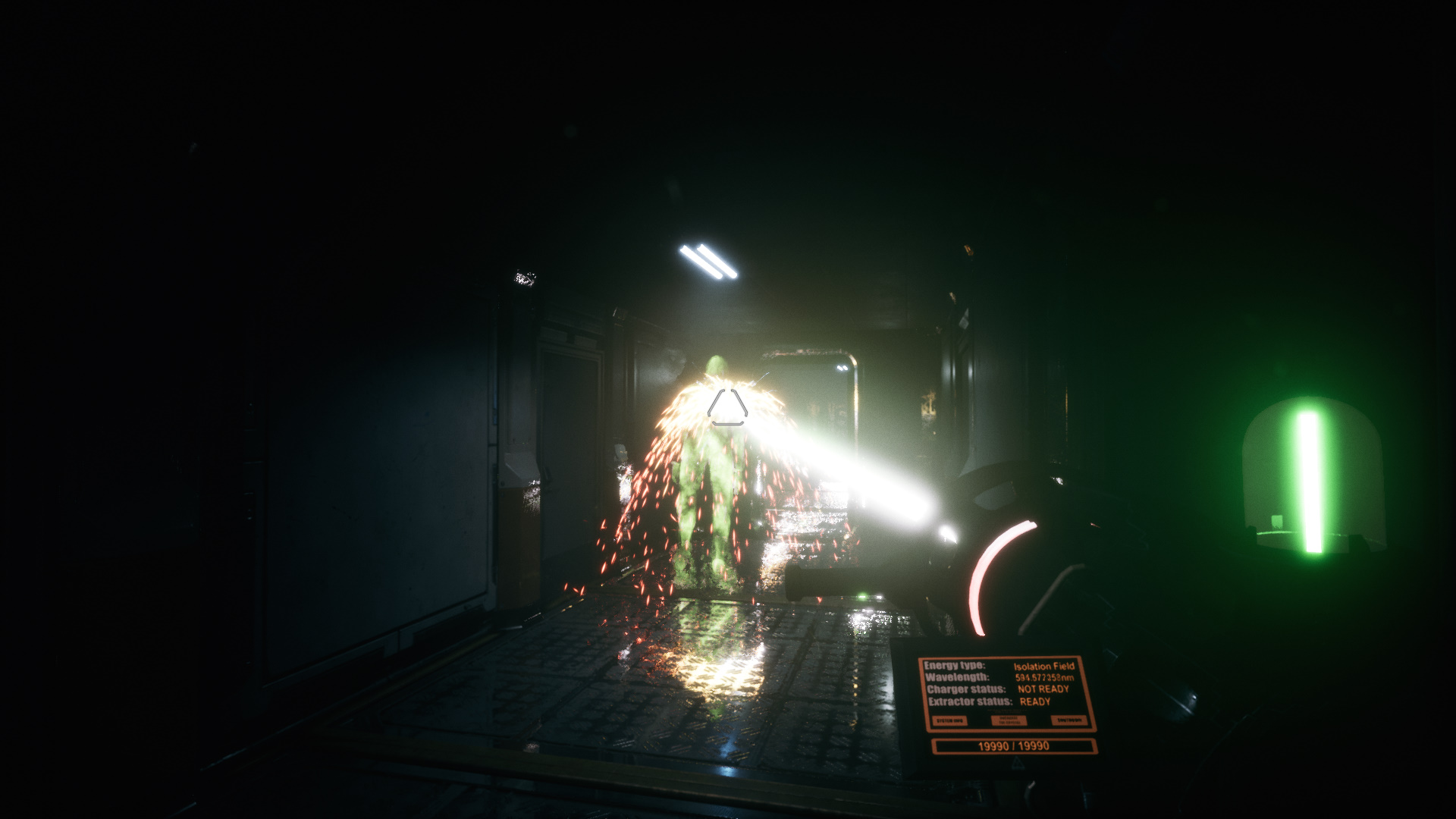 "We will not have special support for One X. Similarly and with the PS4 Pro version."

Will the game will feature Xbox One X specific enhancements. What can players expect if they are playing the game on Xbox One X and the PS4 Pro? Is 4K/60fps on the cards?

We will not have special support for One X. Similarly and with the PS4 Pro version.

Probably this will come not so soon and will not be much different from the previous generation. I hope that in the nextgen we will see a really new stage in the development of VR technologies.

Such technologies are a good step for players, but the company’s concerns are also understandable. In my opinion, for Sony at the moment it is less profitable than for Microsoft.

If this is the key feature of the new gen, then I probably will stay on the old one. 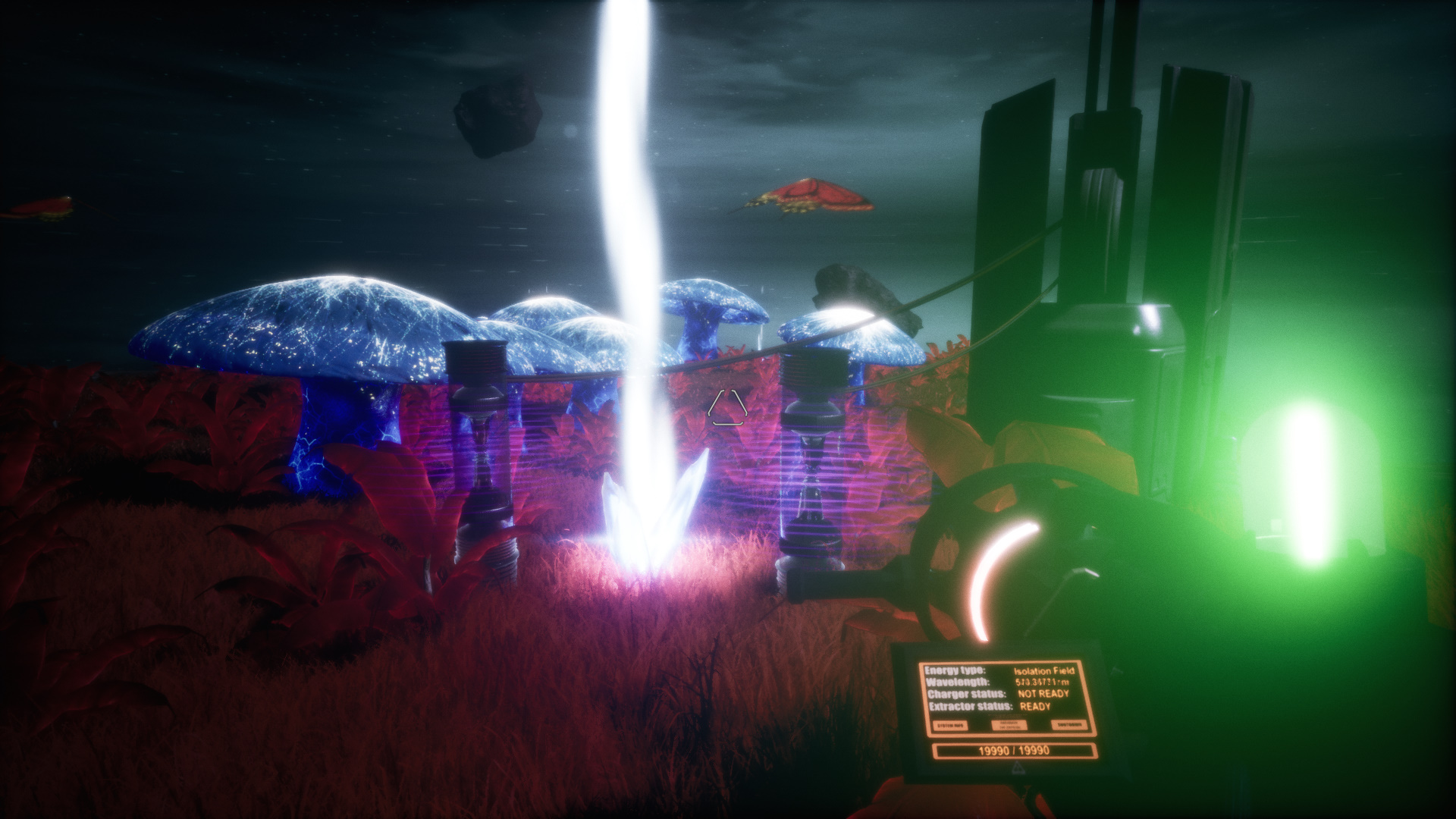 "We do not have such plans with this game, but in general, we are interested in this platform. Let’s see what happens with Stadia."

It’s probably now on the verge of rationality, but I think at some point, developers will be able to exhale.

We do not have such plans with this game, but in general, we are interested in this platform. Let’s see what happens with Stadia.

Do you think Google’s Stadia has a future specially given the infrastructural issues?

There is a future, but it is difficult to say when it will come. As far as I know, the Stadia has shown good results when testing single-player games, there were no lags. You should not expect here in the near future serious competitive multiplayer games, but this technology is quite promising for many singleplayer games. With Google, there is hope that it can finally start working. But let’s not make premature conclusions.

I do not think that the number of teraflops is something worth pursuing. I’m waiting for good games, not good pieces of iron. I hope that the large AAA games will start to differ more from each other.