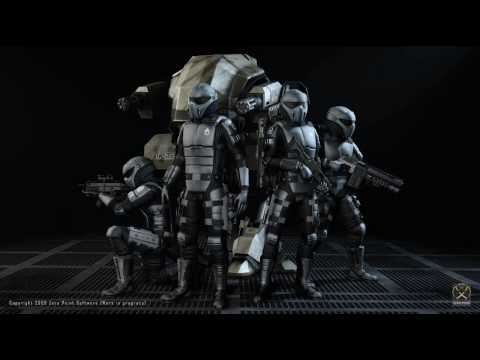 Interstellar Marines has reached over 67,000 registered/premium members. The official press release is below:

The world’s first truly independent AAA first-person shooter, Interstellar Marines continues to make progress in 2011. Since the mass release of Running Man and our holiday special, thousands of new users have signed up to take part in a dream to publish a game free of the shackles of big corporate developers.

So far three games have been made available online, and are playable in a browser on their community website www.interstellarmarines.com: An interactive 3D tour called The Vault featuring several of Interstellar Marines’ characters; the advanced shooting range Bullseye where players test their skills against various targets aboard the military space shuttle AIV Kitty Hawk; and finally Running Man, a true first-person action experience where players face an onslaught of combat robots while training to become an elite marine.

To celebrate this new milestone, the team at Zero Point Software has lovingly assembled a new video that explains the concept of Interstellar Marines and AAA Indie development to all newcomers, along with a selection of screenshots to enjoy for fans anxiously awaiting the next big release.