Is the future of Gaming here?

Folks, we are in next generation of gaming. Sony and Microsoft have produced brilliant machines in the Playstation 3 and the Xbox 360. We have got some brilliant games too, which have just blurred the thin line between reality and games. Games like Metal Gear Solid 4, Gears of War 2, Gran Turismo 5, Mass Effect all have great visuals. I was just recently playing FIFA 09 on my friends Playstation 3, and suddenly his Uncle came in and sat down on the sofa. He started looking interestingly towards the television and started cheering my team: Manchester United, the team that I had selected. After the match he came up to my friend and said: “Hay Man! How come there was a match between MU and Arsenal today?”. We both started laughing and said the match that you saw being was played on the PS3 and not in real life. Agreed that his uncle was a bit naïve on that and was easily duped. But are games reaching fast to the visual scale that we have always dreamt of? Through this article we present to you the what the future of gaming holds.

A genre which has been quoted by many as the real future of gaming. I also believe this is one area where where game developers have not explored, may be its due to the fact we don’t have SDK’s for it. Remember folks many years ago there was an ad released by Sony for the PS9. I will remind you. Watch this video below:

The guy in the video above has a PS9 which directly connects to his brains and than finally takes control over his entire body. As you see through the video you will realize that the core concept of Virtual Reality is right there. But it needs to be explored deeply. The guy in the video has hologram images created inside his brain, he senses that he has jumped from the building cause his brain tells him that, since the brain is now essentially controlled by the hardware. This where I believe nanotechnology could come in to the picture. Metal Gear Solid Franchise? Have you ever heard Snake saying : ” Its Snake! Kept you waiting huh?” Now Snake never opens his mouth to say anything when he is on codec. He has stimulators embedded in his ears which precept what he wants to say and the receiver encodes since he has the same equipment in place. In a similar way the Virtual Reality hardware will interact with our brains and make us see what they want us to see.

Social networking is one of the biggest features of Web 2.0. People love to make avatar of themselves, customize it and roam around 3D worlds and meet new people. Now this is all polygon stuff. Half of the time you are not even sure the person you are meeting is a bot or is real flesh and blood! The next level of gaming will change that for sure. As I said in the Virtual Reality section above, the same logic will apply here too. Now you will be able to make your own home, get a job and other blah blah, but in a world that is you own.

While PS3 and Xbox 360 proudly sit on top of what can be achieved in gaming, there is little doubt that our friends at Microsoft and Sony are a busy in making their next gen move. Sooner or later we have to expect that the next version of the consoles will be upon us in a couple of years. Sony with its PS3 might not be the first one to do that since the console according to me two years ahead of its time, technical wise, but Microsoft would be making a move very soon. My bet is 2011. So what features this monsters will have? Now before I go ahead I must say that this is pure speculation. 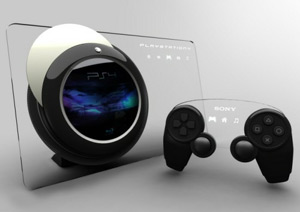 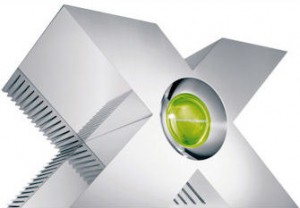 The future of gaming sounds really interesting. The recent announcement of Project Natal sounds like a move in that direction. But as technology grows, our responsibility also grows. Abuse, hacking and all other bad things will come along with the new technology. The future of gaming looks bright and a gamer like me and you should have reasons to get excited.

What do you guys think? Please let us know in the comments below.