For those not in the know, the Jagged Alliance games are a series of tactical strategy games that star mercenaries as they are employed to fight for the freedom of nation states ruled by tyrannical dictators. No one in the world will actually stand up to the dictators, and most people just resign themselves to their fates. The mercenaries end up being the unlikely hope for the citizens of these nations, employed by underground rebel movements. The Jagged Alliance games have always been known for their stark plot characterized by the use of sharp humor (not unlike the Fallout series), and in that regard, Crossfire seems to do reasonably well. Although it lacks the wit of the classic games (the remake lacked quite a bit of the subtlety of the original games), it seems to be funny enough at times. Basically, the game works because a lot of the themes and story concepts it deals with vaguely echo the real world at times – the dysfunctional nation states ruled by oppressive tyrants in particular recalling the Middle East to the aware gamer’s mind. 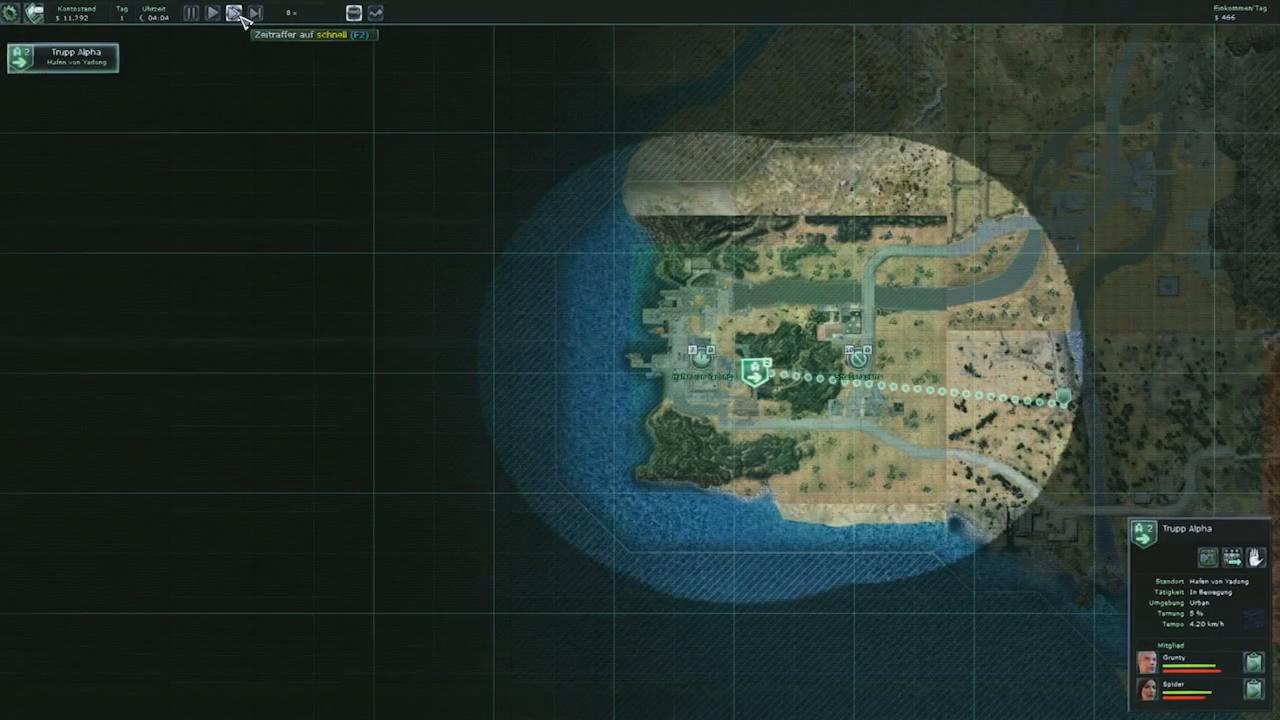 As for gameplay and mechanics, the Jagged Alliance games are a series of tactical strategy games that see you move your units around, plan out your moves and attack after you think, taking into account various complex factors. Basically, imagine a game playing a bit like Fire Emblem or Advance Wars and you sort of get the gist; however for PC players familiar with the Total War series, that is probably the most apt comparison, except on a smaller scale, especially given how it alternates between its tactical map and strategic map.

You will be positioning your units all around the map, and when the time comes, entering full on combat. While pretty to watch, the actual combat adds nothing to the game, and it is in the strategy of positioning and placing units that this game hits its stride.

Crossfire nonetheless suffers, sometimes because of some baffling cutbacks made from the previous games in the series, which make no sense in context whatsoever; and other times because of what can only be called misguided attempts at streamlining the game for the newcomer. Take recruiting new militia for example. Previous games had you allocating resources, funds, and existing military to ensure town stability once you had captured it, which would ensure speedy training of militia, but this also meant that your existing forces were, at least in the immediate short term, compromised somewhat – a short term trade of for a potential long term gain. It was a balancing act that added considerably to the tension and the strategy on both sides, and yet Crossfire does away with it entirely. Instead, what we get is a complete and total recruitment of all militia in a town as soon as we are done capturing it. Which sounds good, seeing as how it places the focus on the actual battling, till you realize that this leaves you with very little to do with a town once it is captured. It is useless real estate. 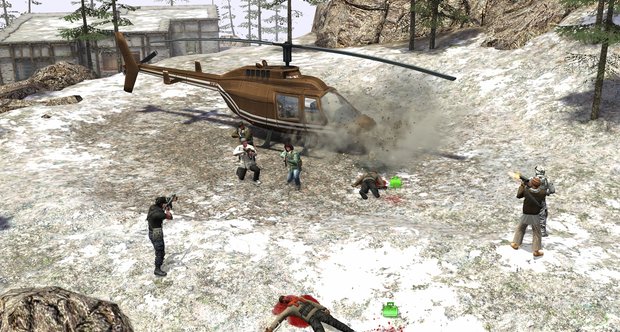 There are other faults and problems, all of which serve to drag the game down: for example, completely at odds with its focus on streamlining, the game seems to be incredibly difficult, a situation that the tutorial at the beginning of the game does nothing to rectify; and yet for as hard as the combat portions of the game can get, the economics of the game are compromised, and generally serve only to advance the military aspects.

And yet at the same time, for all that it does wrong, there are a few innovative features in the game that add especially to its tactical depth. For instance, the game’s line of sight feature means that you can only see units directly in your own units’ line of sight; meaning that you need to thoroughly investigate an area and clear it up before you begin to indiscriminately position soldiers there. Add to that smaller things like the fact that terrain features like innovation actually factor in more heavily, and some great inventory streamlining that actually adds so much to the game, and you have a game with some great ideas about the strategy genre.

It’s just sad that it squanders so much potential with such poor execution. It’s short length doesn’t help, although that is at least somewhat excusable given the stand alone expansion pack nature of this game. Marred by a poor interface, a lack of focus, and some baffling omissions that detract from the game, Crossfire is a game that is recommended to strategy enthusiasts, if only to see innovations in the genre that will hopefully be standard in a few years. And hopefully, they will bring themselves to look past the game’s numerous shortcomings and enjoy an honest attempt at mixing things up a little bit.

Some genuinely innovative and well thought out features that add to the tactical depth of the game; witty dialog and stark story

Focuses exclusively on the combat at the expense of everything else; poor interface; short length; features from the old games have been taken out

An honest attempt at mixing things up that succeeds as often as it fails.

A copy of this game was provided by developer/publisher for review purposes. Click here to know more about our Reviews Policy.
Tagged With: jagged alliance, Jagged Alliance: Crossfire, Steam