Where do these ideas come from? I honestly can’t imagine anyone wishing that they were in the tedious and humdrum admin position of having to manage a hotel. Yet lo and behold, the eponymous hero of Jane’s Hotel sets out to follow her dreams, and set up her own hotel in this game for the Playstation Network’s Minis service. Thus your quest begins to engage in administrative pedantry, as you click through menus to improve the popularity of your hotel. 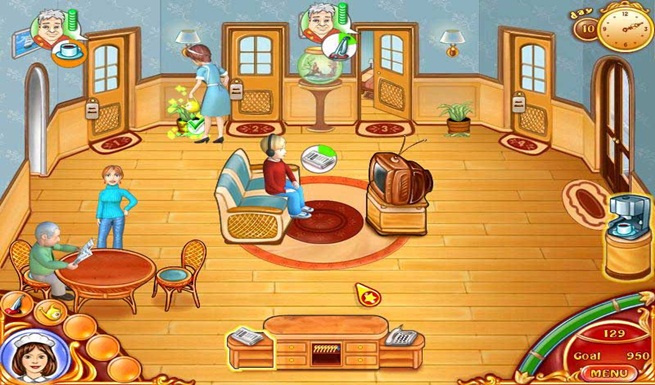 The game sees you tending to various guests that stay at your hotel, by satisfying their various needs (no innuendo implied). It literally is a case though of seeing the symbol that appears above their heads and responding to it, whether it be cleaning their room, bringing them coffee or handing out room keys. You do this by scrolling through each aspect of the hotel on screen and selecting them in the correct order. The controls feel generally quite intuitive, with sensible short-cut keys that will see you zipping across the hotel like a pro. It can all feel surprisingly satisfying after a while as you successfully chain together a string of satisfied customers. 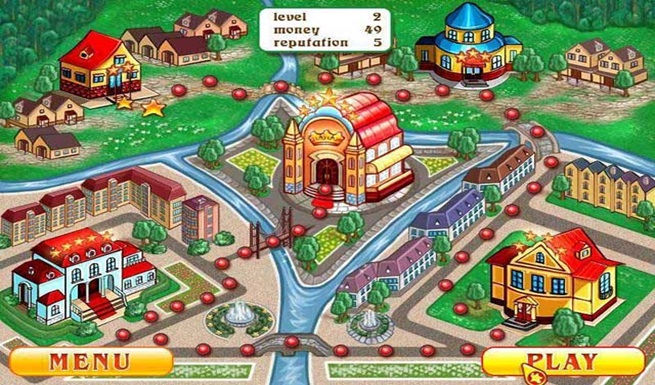 A decent amount of levels for sure, but it’s a shame they’re all so similar

Despite an initial satisfaction from playing the game in short bursts, it must be said that the game is very repetitive. There is a nice sense of progression between levels as you use hotel earnings to pay for new decorations and hotel features that boost your establishment’s popularity, yet every level still feels the same in spite of this. The character sprites and level designs, as cheery and bright as they are, don’t change often enough to remain interesting. Likewise, the chirpy and joyous tunes just repeat and are recycled level after level. Even the tasks you must complete for the guests begin to grind after a while. Why on earth can’t you get your own coffee? It’s not that hard! 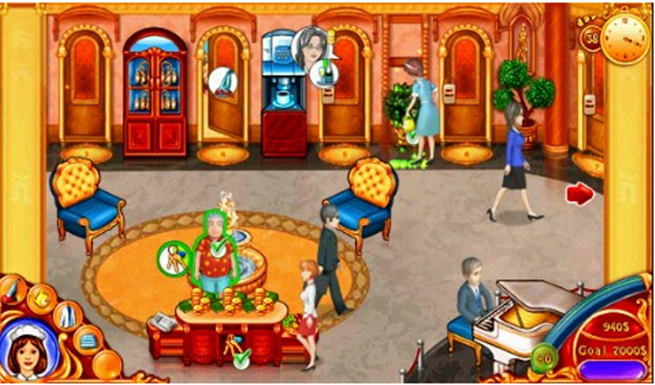 The sprites and textures may change, but the levels stay the same

Jane’s Hotel is a reasonable little hotel sim that’s available for a very reasonable price for your PSP and PS3. There are a vast quantity of levels that should make Jane’s Hotel good value for money, but the repetitive nature of the gameplay prevent it from being a particularly worthwhile purchase. The main problem with parting money for Jane’s Hotel is in how many other games there are available that do a similar thing. Aside from the hotel setting there are a vast array of similar titles that will be available for free online at any one time. Jane’s Hotel is still a nice little distraction but, if you do part ways with your cash for it, you must be aware that this is all it can be.

A surprisingly satisfying sense of progression, Chirpy tunes, Bright and colourful visuals, Quite a few levels to go through, Can be amusing in short bursts

Gameplay is hugely repetitive, Largely comprises of clicking through menus, Monotonous music and character sprites, There are most certainly similar games available for free online

Final Verdict:
MEDIOCRE
A watered-down, simplified equivalent of a tycoon sim, Jane's Hotel sees you controlling your eponymous heroine as you build up her hotel piece by piece. Yet the simplistic and reductionist gameplay brings down what could've been a satisfying little hotel sim.
A copy of this game was provided by Developer/Publisher/Distributor/PR Agency for review purposes. Click here to know more about our Reviews Policy.