Jump Force Review – Almost, But Not Quite

Jump Force aspires to greatness, and ends up being only very fun.

Jump Force should, in theory, be a slam dunk. Released to celebrate the 50th anniversary of Japan’s legendary Weekly Shonen Jump magazine, and bringing together over 40 of the most beloved manga and anime characters in history in one grand crossover, this should be an event on par with Super Smash Bros. Where else will you see Deku, Naruto, Goku, and JoJo all share the screen? But there are some surprising ways that Jump Force ends up faltering, and squandering its potential. There’s a really great game buried somewhere in here—but Jump Force isn’t it.

The primary problem is the story in the campaign. This was always going to be tricky—the narrative would have to justify all these extraordinary individuals from so many discrete universes all coming together in one story, while respecting the rules that govern each character, while coming up with a compelling reason for the player to remain invested in the narrative and its movement once the novelty of the crossover wore off, while somehow being coherent. Jump Force is not up to the task of meeting all of those requirements and expectations. The story itself ends up being a fairly generic one, with an ordinary child thrust into a world where all of these universes have collided, and slowly growing their own powers to try to uncover the evil that is behind this collision of worlds.

Beyond being generic, the story suffers greatly from being, in the end, a story for a fighting game. Thus, it needs to come up with contrivances for all of its cast to engage in brawls all too often, and ends up having incredibly odd pacing, including a whole section near the middle where literally nothing seems to happen. The actual story is the tropes of shonen tales made manifest, and while that makes sense given the game and its source material, it doesn’t feel like an homage as much as it feels lazy and predictable—especially given the rich array of possibilities that Bandai Namco could have offered given the canvas they are working with. 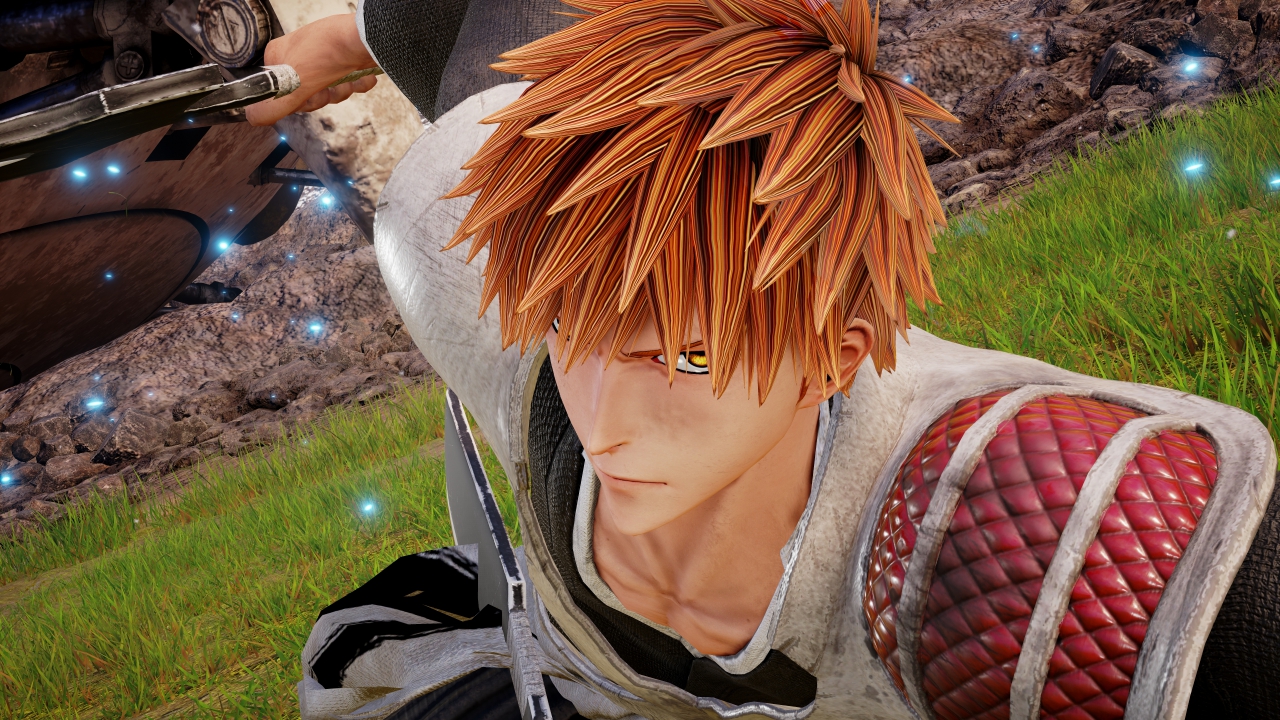 "The one area the story does really well, and this may be enough for a lot of fans of the various IP represented in this game to jump in, is the character interactions."

The one area the story does really well, and this may be enough for a lot of fans of the various IP represented in this game to jump in, is the character interactions. Bandai Namco have maintained the spirit and essence of each of the characters extraordinarily well, and their interactions feel genuine and authentic, and incredibly satisfying for long time fans to see unfold. It’s just a shame that they are often shoved aside to make room for the next generic contrivance to justify the next fight.

The actual fighting system, contrary to the story, is incredibly fun, and arguably the game’s biggest strength. Combat is extremely easy to pick up, but nuanced enough to keep players engaged, and flexible enough to accommodate the extraordinary powers for every character on the roster. Every character comes with basic light and heavy attacks (which you can basically string together for auto-combos), as well as four special and unique moves that you can access at any time by pressing the right trigger. Every character also gets dodges, dashes, grabs, and blocks, which can be used defensively to maneuver out of an incoming attack, or aggressively to bait the opponent into giving you an opening.

The whole system feels incredibly well balanced, and you get as much out of it as you put into it—theoretically, it is possible to mostly stick to your basic attacks and do well (at least in singleplayer; multiplayer does demand a better grasp of the game’s various mechanics), but the true joy of the game, mechanically and aesthetically, comes from getting a grip over each character’s unique attacks, and joining them into a beautiful, unstoppable flowing dance of destruction that you dish out to opponents. In and of itself, the various mechanics and checks placed to prevent abuse of each can feel like enough to keep each battle exciting (and it is), but the game goes one step further by making each battle a 3v3 affair, throwing tag team mechanics into the mix. Knowing, then, just how to leverage the character switches, and assist maneuvers, to your advantage, can add yet another layer to consider into proceedings. 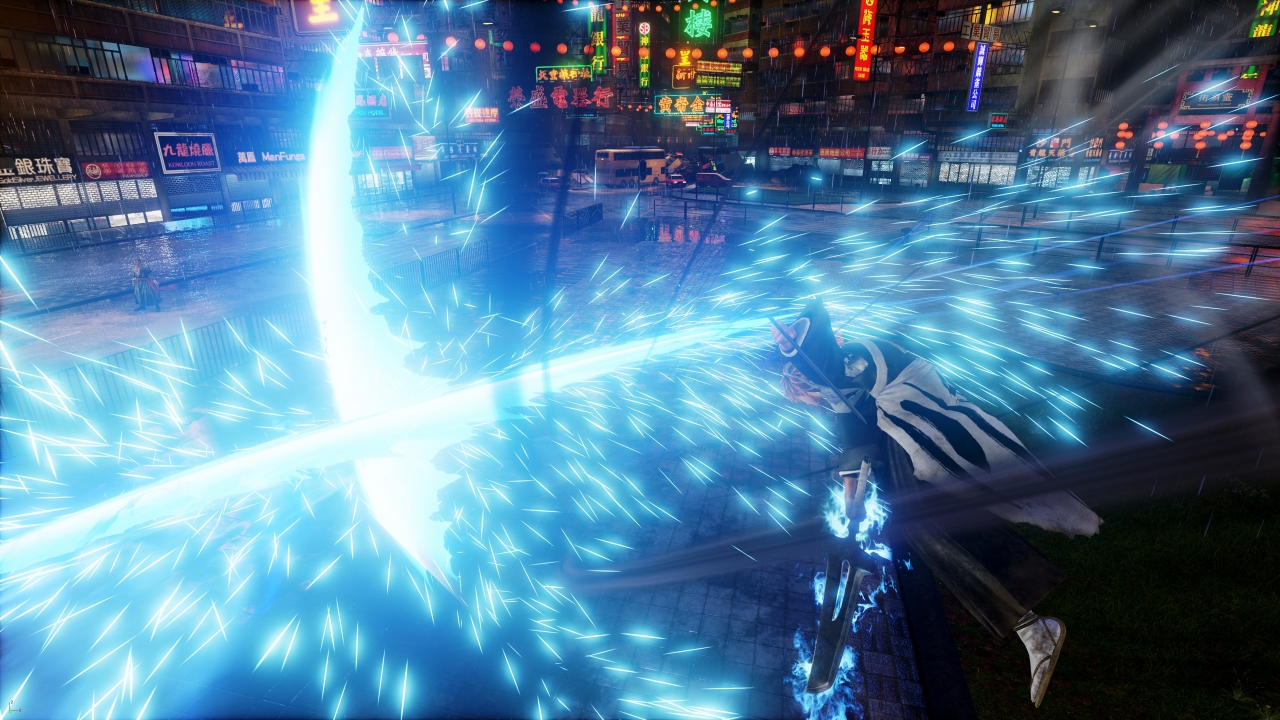 "The actual fighting system, contrary to the story, is incredibly fun, and arguably the game’s biggest strength."

The joy of this system is in the fan-service provided here—it’s incredible to see a character launch a combo, then switch out and have another favorite take their place and perform a flashy signature attack, then switch out and have a third one finish the match in style. Thus, even in single player games, where you don’t have to actually leverage the full range of mechanics the game provides you with, you feel incentivized to actually do it—it’s the best bit of fan service in the game, particularly given the disappointing of the story.

As disappointing as the story is is just how it is told. For what should be a grand crossover affair, things feel distinctly low budget. Most of the cutscenes lack voice acting, and indeed, any personality whatsoever, with characters just standing there awkwardly and… talking. Thei characters’ expressions never correspond to what’s going on, either, and while this is likely to be a point that will bother very few fans, there is only a Japanese dub available.

What’s even worse is how the game looks. I don’t quite know what Namco or developers Spike Chunsoft were thinking here, but the whole game looks extremely discomfiting, with a 3D art style that simply does not land, and makes each character veer uncomfortable close to uncanny valley. The weird plasticky look ruins the central appeal of the game, which is to see all these iconic characters come together and interact.

I understand the difficulty faced by the developers here—One Piece, Death Note, Kenshin, Dragon Ball, My Hero Academia, Naruto, JoJo’s Bizarre Adventure, Bleach, Yu-Go-Oh, and more, all have very different and distinct art styles, and trying to juggle all of them together and fit them in one game while not making any of it clash is a very difficult, if not almost impossible, ask of anyone. But while I don’t know what the correct answer to the question is, I can very confidently state it’s not the one this game proposes—the one where the life and distinct aesthetic of each property’s art style is sucked out, and then everything is thrown into a creepy, plasticky uncanny valley aesthetic that almost evokes the Unreal Engine fan projects that make the rounds on the internet so often, and usually provoke nothing but unease from their audience. 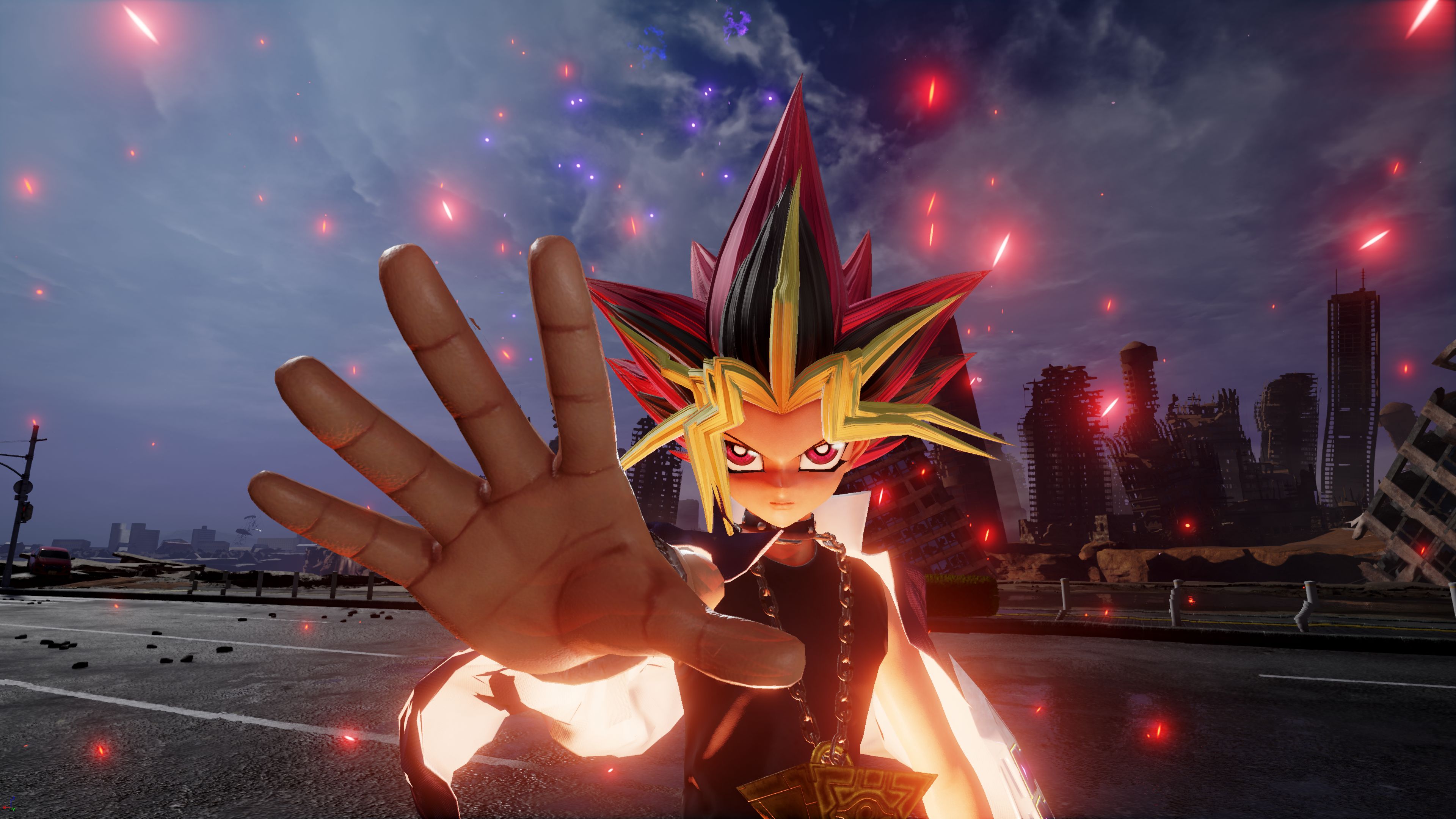 "The look of this game is an extremely important part of its appeal—the whole point is seeing these iconic universes and characters collide and interact. When Jump Force fails so fundamentally at something so intrinsic to its core appeal, it undermines its very conceit."

The look of this game is an extremely important part of its appeal—the whole point is seeing these iconic universes and characters collide and interact. You want to see Goku fighting Ryuk, and you want both to look and feel like Goku and Ryuk. When Jump Force fails so fundamentally at something so intrinsic to its core appeal, it undermines its very conceit.

It’s an incredible shame that the game fails so thoroughly at the non-game parts, because the actual playing part it has down so well. It’s even jam packed with a lot of content. There’s the aforementioned (and thoroughly criticized) story mode, mission modes that put you in fights with stacked rulesets, and competitive modes that can be played singleplayer, locally, and online. Online play holds up incredibly well, with a ranked and unranked option available, and the actual netcode never failing to keep up with the action on screen.

Like I said right at the beginning, there was potential for Jump Force to be really great. It could have been a major crossover event that celebrated the history of its characters and the media they spawn from, and transcended its core appeal. Instead, it’s a very flawed game that fails at some of the most basic fundamentals, but nonetheless manages to be great fun, and provide enough value and fanservice that fans of the various properties from Shonen Jump represented within it will find enough reason to get it. And that’s fine—I just can’t help but wonder if it couldn’t have been, you know, more.

The fighting is incredibly fun, incredibly varied, and manages to provide a lot of fan service; character interactions in the game are great; there’s a whole lot of value in the game, with a lot of modes and characters on offer

The story mode is a dismal failure, feeling extremely generic and contrived all at once; the graphics of the game are an uncomfortable excursion into uncanny valley; storytelling falls short, and feels distinctly low budget; no English dub (though this likely won’t bother most people who will be playing this game)

Final Verdict:
GOOD
Jump Force is a very flawed game that fails at some of the most basic fundamentals, but nonetheless manages to be great fun, and provide enough value and fanservice that fans of the various properties from Shonen Jump represented within it will find enough reason to get it.
A copy of this game was provided by Developer/Publisher/Distributor/PR Agency for review purposes. Click here to know more about our Reviews Policy.