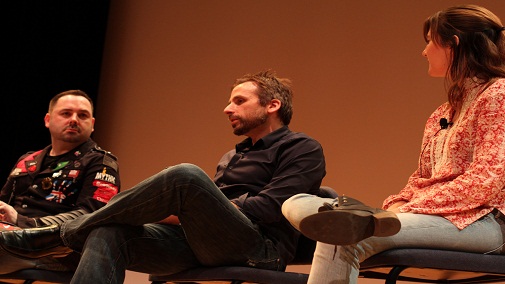 Ken Levine, the creator of Bioshock, has chimed in on the current Mass Effect 3 controversy by saying that it saddens him a lot. He was there at a Smithsonian panel in Washinton DC, at the video game exhibit.

“I think this is an important moment. I think if those people got what they wanted and [BioWare] wrote their ending they would be very disappointed in the emotional feeling they got because… they didn’t really create it,” he said.

“This whole thing is making me a little bit sad because I don’t think anyone would get what they wanted if that happened.”

Paul Barnett, senior creative director at BioWare-Mythic also spoke at the event, and he said, “If computer games are art than I fully endorse the author of the artwork to have a statement about what they believe should happen.”

“Just as J.K. Rowling can end her books and say that is the end of Harry Potter. I don’t think she should be forced to make another one.”

I sort of agree with both of them and think the Mass Effect 3 ending was totally fine. Bioware shouldn’t be forced to create a new ending.