From the moment that Killzone 2 was announced back at E3 2005 with that infamous CG rendered trailer, I thought Sony have dug a a big hole for themselves from which they will never come back. That trailer was epic in proportions and nobody during those days could have imagined that such a feat will even be possible. Half a decade later Sony releases Killzone 2 and the game is hands down “epic”.

Let me start off with the plot. You are taking the role of Sev, Cheif lieuitenant of the ISA, who are planning to invade Helghan which is the planet of the Helghasts. The game starts off with you and your team mates taking a jump on a futurisitic vehicles. The opening scene is truly fanatastic with people flying all around you. Your aim is to Capture Visari, the head of the Helghans. After the victory in the original Killzone, ISA are pretty confident that they will win the war. But things are not simple this time around. In short the plot is just there, and is truly insignificant to the theme of the game. 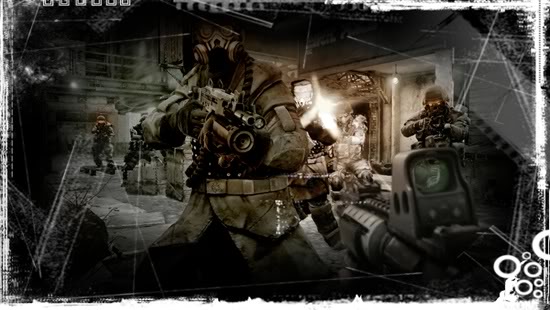 Gameplay is the real deal in Killzone 2. You will have at your disposal some really awesome weaponry. You will start off with a hand gun and an assault rifle. I truly loved the rifle and it was my preferred weapon throughout the game. You are allowed to carry only two weapons at a time which is pretty much in accordance with modern shooters these days. Also you will have grenades, mines and knifes at your disposal, so you can just cut through the helghans if you are out of ammunition. Other guns include shotguns… which really can take down two to three enemies at a once due to its high fire rate. If you are in mood to toast some enemies than there is the flame thrower which is pretty much similar to what we had in Call of Duty: World at War. Also included is the rocket launcher which is useful to take out the APC’s and chunks of helghans. Sniper rifles are pretty unique in the game. You have to control and balance your rifle with the six axis controller. Also do keep in note that your balance might be taken off by an explosion, bullets and thunder. A brilliant weapon is the Electric shocker which is used in only one level but while it is there its a treat. It can instaneouly take down many enemies at once. But besides all the great ammuntion at your service you will love the assualt rifle due to its zoom in/out functionality and more important the balance it brings to the gun gameplay. Other guns include heavy and light machine gun classes which are pretty neat.

The enemies in Killzone 2 are really unique and have a lot of variety. You will face the standard helghans that you fought in the original killzone. These guys are mean and will charge on you , try to take you out if possible. Snipers are trully a challenging foe with their ability and awesome AI. Than there are the heavy troopers where you have to shoot them in the back, but these guys come along with a heavy mchine gun and dont come in the front of them unless you wanna get yourself killed. Than there are the helghans who carry rocket launchers, their aim and precision is always spot on. Also you will fighting off the helghan flying machines but they are pretty quick and will sway away if you aim a a launcher at them. Helghans will be coming to you in full force in vehciles, using turrets, aiming from high bridges. So expect a tough battle as you have landed in their terroritry. 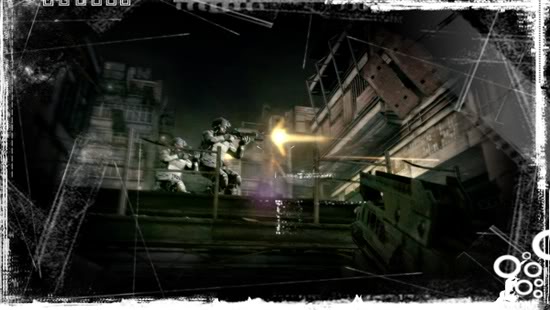 You wont be alone in the game , you will have your team mates along with you. Your mates are agrresvive and will take down enemies at all cost. This also means that they will get themselves in trouble often. So you will find yourself consistently healing your team mates. Several modern shooters gameplay elements like planting a bomb, controlling levers are also present in the game.

Alot of hype has been made about the games graphics. The visuals of killzone 2 are top notch. Character models , their animations are very fluid. Killzone is all about warzone and it truly feels likes one. The bullets flowing all around, blood pouring Killzone 2 feels like a chapter taken from a Hollywood film. Right from the start to the end, right from the feel of the guns to the flying ships, right from the thunder bolts to the awesome cut scenes, Killzone 2 is arguably the best looking game on the PS3 if not ever.If you have the visual prowess than you also have the best of sounds in Killzone 2. Enemies shouting, your team mates aggressiveness , tanks bolting fire after fire, Killzone’s sound is as good as its visuals. Voice acting is not of the highest quality order and some of the dialogues seem out of place. But genreally sound does keep its pace along with the graphics.

Single player ends every quickly, it will hardly take 7-8 hours to finish the SP mode which is a bit of let down for me. But one can always comes in and try the game again at higher difficulty levels. But most of the replayability you will get is in the Warzone online. Killzone 2 has one of the best online gameplay compared to of Call of Duty 4. You will be collecting points for each kill and your class will improve after getting the required points. Gameplay is dived in to three diffrent modes including body count, secure the area, assasination target and planting explosives at diffenet places. All in all Killzone 2 awards you at every stage with the help of ribbons which are unlocked by acheving a specific feat. Servers are neat on Killzone 2 and it will hardly take any time for you to log in and find a game. Lag times are almost negligible . 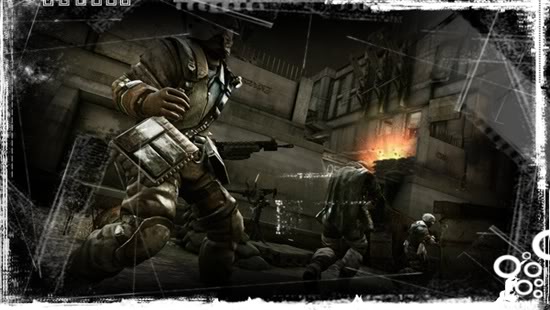 Killzone 2 is feast right from the start to the end. You will be having large turrets, fighting of gunships and more in the single player campaign. And if the fun ends in the single player , more fun can be found in the online modes. Killzone 2 is a technical feat, right from its well implemented cover system to its level design, everything seems to be well locked down. Its amazing how a sequel can be so good after a disapponting original. Hype was at all time high for this game and at every showing before launch it grew bigger. It’s one of the rare cases where a game actually lives up to the hype. Killzone 2 is a must buy and it only remains to see how Guerilla can better it with Killzone 3.

Boss battles are rare; Single player campaign is too short

Final Verdict:
EDITOR’S CHOICE
Killzone 2 is an amazing feat, right from the Single Player Campaign to the awesome multi player modes found online. Is this if the best FPS ever ?
A copy of this game was provided by Developer/Publisher/Distributor/PR Agency for review purposes. Click here to know more about our Reviews Policy.