Kingdom Come: Deliverance Wiki – Everything you need to know about the game

Everything you need to know about Kingdom Come: Deliverance 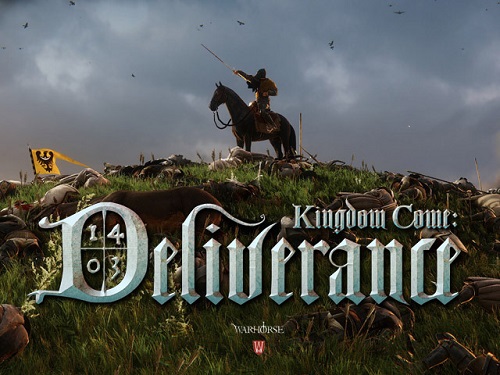 Kingdom Come: Deliverance is an upcoming role playing video game that is currently being developed by the Czech developers, Warhorse Studios. Warhorse is a relatively new studio only having been founded in 2011, they have no previous games to their credit though the team is made up of industry professionals and veterans ranging from the designer and screen writer from the Mafia 1 & 2, Codemasters’ Operation Flashpoint: Dragon Rising’s executive producer and game designer as well as the Mafia 1 & 2 animator and CGFX specialist.

Despite being a role playing game that is set in the 15th century, historical accuracy and realism takes center stage rather than relying on generic fantasy rpg tropes. To that end, the game is going to be an entirely single player affair with no online multiplayer, competitive modes or co-operative missions. Despite common misconceptions about rpg’s nowadays, this plays to the games strength in emphasizing player importance in the games world which is modeled on real world areas.

The game is currently in development and slated for a launch at some time in Q4 of 2015 when it will drop on Microsoft Windows and Linux based PC’s and OSX. Whilst information is scarce, the game is also coming to the PlayStation 4 and the Xbox One at some point in time, though no official or estimated date has been given yet, placing the game at a rough Q3-Q4 2015 – Q1-Q2 2016. Though these dates are purely speculative and are based on personal enquiry regarding​​ a playable build of the game.

Kingdom Come: Deliverance is, first and foremost, a single player role playing game set in a wholly accurate rendition of Medieval Bohemia. Bohemia is an expansive region that covers nearly half, if not more, of the modern Czech Republic were you to overlay the two on a map. Being set in the 15th century, the game takes on a decidedly more interesting period of time than most games, choosing to eschew elves and dwarves warring amongst fictional enemies and opting to be based solely in reality with historical accuracy and realistic content being the main aim of the game. Large portions of the land have been recreated with a great deal of accuracy, including the rebuilding of authentic period castles with the help of architects and historians.

Though the historians didn’t just help with recreating the lay of the land, they are also helping the developer with recreating accurate armour and clothing designs of the time as well as teaching, developing and implementing the various combat techniques of the time. This means the player can expect chainmail under padded clothing, and hacking halberds. You can also expect to see the Longsword put to good use as it was a particularly popular weapon during the time. (Fun fact, it’s around this time that the Japanese Katana [as we today know it] reached it’s peak, hence the constant arguments amongst historians and enthusiasts, constantly debating which is better, Longsword or Katana.

Both are powerful thrusting weapons but the Longsword has more reach. The Katana is lighter and sharper, but only single edged whereas a longsword though often double edged, considerably more heavy and more cumbersome, is just as good as a clubbing weapon as it is a slashing and thrusting weapon. Thus, the debate rages on.)

The game is expected to be running on the CryEngine 3, “We looked at every major technology out there and CryENGINE 3 suits our needs perfectly. We are confident it will allow us to make the vision for our game come true,” explains Martin Klíma, Executive Producer at Warhorse Studios. The game is stunning looking when seen in motion, seeing a still image just doesn’t do it justice.

The game came into existence after Daniel Vavra, the games director, departed 2K Czech in 2009. Alongside a small team, the idea was pitched to various investors but turned away by most major investors. Though this hasn’t been commented on, some gamers (myself included) think that major investors turned the game down due to its lack if online playability and multiplayer which goes against current market trends. However, when the team was getting ready to leave the project for dead and move on, it was successfully pitched to a private investor who provided the funding for a prototype of the game. Following this, Warhorse Studios was officially founded on July 21st of 2011.

Despite building their prototype and having announced their intentions of making a role playing game in early 2012 and having licensed the CryEngine, hype wasn’t quite where they had hope for the game. Investors still weren’t interested in the game regardless of the prototype or dedication of the team. With resources running out and a lack of investment, the next step was clear.

On January 22nd of 2014, the studio took to the now hugely popular crowd-funding platform, Kickstarter. But rather than try and fund the game in its entirety (the game is split into 3 acts and has an overall budget of $5,000,000) the kickstarter campaign asked for only £300,000 in an attempt to prove to investors that the game was worth putting faith in. The funding goal was reached and far exceed by February 2014 when the game had raised £1,106,371 which, needless to say, beat out their asking point by a considerable margin.

Following the completion of the kickstarter campaign, people continued to pledge money towards the games development through Warhorses website. On October 1st of 2014, the games director announced via YouTube that the game had raised $2,002,547. Following this on October 22nd, the public alpha of the game was made available to those who had helped fund the game. 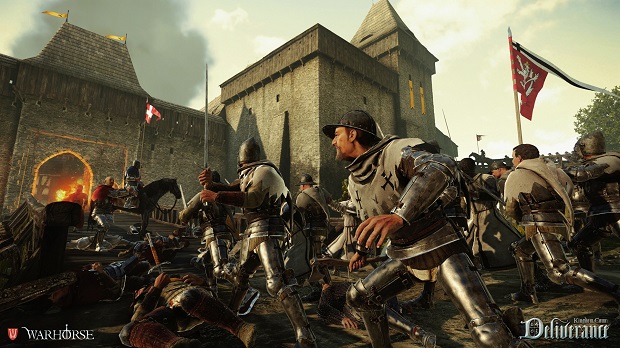 The specific details and intricacies of the story haven’t been revealed yet, but the overall gist of the story has been revealed.
The old king of the land has died and his chosen heir unfortunately lacks the sufficient power to seize and secure his right to the throne. Because of this failing, the new kings brother seizes an opportunity to further his own goals and chooses to kidnap the king, his brother.

Doing so, he seeks is own personal advancement and beings to pillage the lands around him. The games protagonist is the son of a blacksmith whose entire family was killed by the usurping kings-brother army. Because of this, the lowly son of a blacksmith sets out on a personal quest of vengeance and ultimately seeks to re-seat the rightful king of the land. 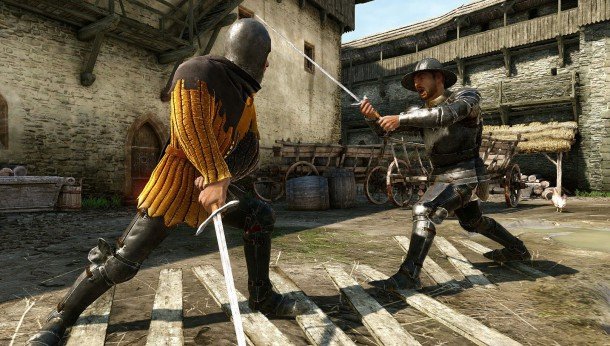 As is the case in the more uncommon RPG titles, Kingdom Come: Deliverance will make use of a classless role playing game system. You’ll be forgiven for having not heard of this as it’s becoming increasingly rarer in games nowadays. The player isn’t restricted to a set character archetype, there’s no invisible barrier or nonsensical reason for limiting the player. in some games, a warrior can’t fire a bow because the weapon is reserved for a rogue, but as anyone can tell you, if you can wield a sword, you can fire a bow. This is what classless means. You could be a warrior swordsman that’s super light on your feet, hits hard and fast. Or a sneaking rogue that hides in shadows and prefers to steal. Your skills grow depending on your actions, making the whole “levelling up” process much more dynamic and player influenced.

It’s worth noting though that this player influenced world doesn’t just alter the development of your character, the decisions you make will have a knock on effect with your relationships with other people, and your actions carry weight and consequences as your choices actively influence your reputation.

If you’re to do combat with your enemies, then you’re going to need a weapon. We can’t very well set out to overthrow a corrupt ruler with nothing but our bare hands. You can expect to encounter a variety of weapons as you venture through the game, from swords, knives and hammers, to axes bows and crossbows. Each one will be used in a unique manner befitting of the weapon (you don’t swing a knife like you would a sword for example) and each one will have a unique feel and combat style. You can even (should you wish to) fight from horseback, swinging and slashing at combatants on foot, or even duke it out with another horse borne warrior. Like your character, horses can level up throughout the game and can be outfitted with armour. Google 15th century armoured cavalry and you’re pretty much hitting the nail on the head.

If you’ve played Fallout New Vegas on Hardcore mode then you’ll fit in nicely in the game. The player needs to eat and sleep to maintain a healthy body, you’re equipment and armour will tarnish and tear after a time meaning that you must keep your gear and your character well maintained if you are to last in the long run. Your food, if not well kept or prepared will spoil in time making in inedible. So you will be introduced to version skills and talents such as weapon and armour repair, fishing and mining, cooking, distilling and medicine making. All this will help you stay alive.

Similar to Chivalry: Medieval Warfare, Kingdom Come: Deliverance will make use of a first person point of view and will employ both ranged and melee combat whilst in this view. Using a sophisticated system based on Inverse Kinematics to help locate, detect and accurately determine the reactions of combatant’s drives a physics based combat system that adds a wealth of realism to the combat.

This realism is reflected in the weaponry you’re given. A longsword, as mentioned above, is a good cutting and thrusting weapon when enough force is applied to it, but that makes it slower than a shorter sword that is good for nimble jabs and ripostes which, contrary to popular opinion, isn’t a technique reserved to fine one on one duels. But the shorter sword wouldn’t be very effective against armoured knights. A hammer would be better for crushing armour, but it too is heavy, heavier than the longsword by a considerable margin. All these things, when put together, make for a very intricate gameplay model. 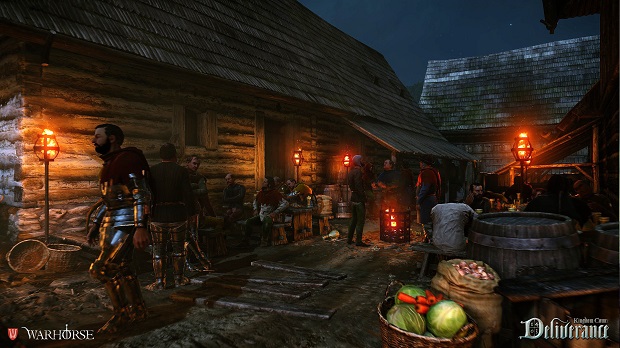 Thus far, we know of four characters for certain.

Henry – The son of a blacksmith and the games protagonist.

Wenceslaus IV – Wenceslaus IV is the rightful heir to the throne but is unable to secure and consolidate his power and is soon kidnapped because of this failing.

Sigismund – Sigismund is Wenceslaus IV’s brother and has marched upon Bohemiea and kidnapped the king.

Miller’s Daughter – She will assist Henry in early parts of he game and is expected to be playable in places. Though not much is known about her.