Posted By Shubhankar Parijat | On 17th, Mar. 2020 Under Article, Interviews

The 1990s saw the releases of a great many first person shooters that would go on to be recognized as old-school classics, and though Kingpin: Life of Crime wasn’t a game that grabbed a great many headlines over the years, it has maintained a steady and enduring property even decades after its launch. And in a market that is stuffed with shooters with very modern sensibilities, there is something oddly alluring about a game that harkens back to the design philosophies of those good old days. The upcoming remastered re-release of the game, Kingpin: Reloaded, is offering exactly that kind of experience. Here is our interview about the game with Frederik Schreiber and Scott Miller of 3D Realms, the publishers of the upcoming release. 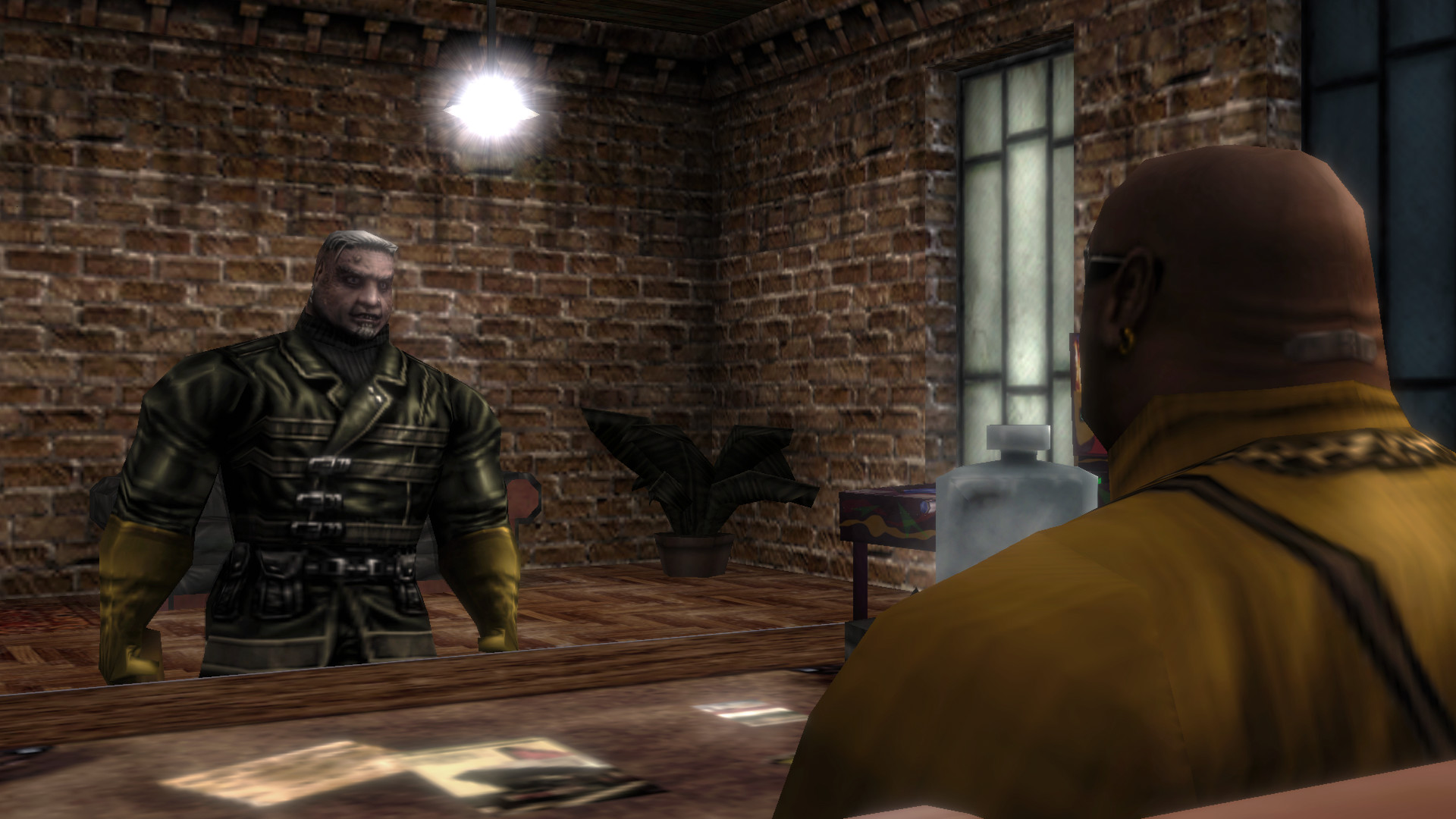 "We simply love, love, love this style of game, from a simpler time."

With 20 years separating the release of Life of Crime and Reloaded, what led to the decision to bring the shooter back with an enhanced re-release?

3D Realms (3DR) was a major studio in the 90s in the emerging 3D shooter market. After seeing id Software’s early 3D engine based games, like Hover Tank and Catacombs, I pitched to them the idea of making a 3D shareware game in partnership with Apogee and for Apogee to publish. That game, Wolfenstien 3D, came out in 1992 and was a tremendous hit, and from that point onward the 3D cat was outta the bag and hasn’t stopped running and knocking things over yet!

So, 3DR, which I started as a label under Apogee in 1994, then went on to do Rise of the Triad, Duke Nukem 3D, Shadow Warrior, Blood, Descent, Max Payne and Prey–all significant 3D games in their day.

Bottom-line, our history is rooted in this genre of games, and we are excited to return to it by recreating games in 90’s era engines (like Ion Fury and Wrath), as well as bring back actual 90’s era 3D games like Kingpin. We simply love, love, love this style of game, from a simpler time.

We’re not sure if the initial release will add any new levels, so for now it will not add more gameplay hours. But we fully expect to add levels after the release.

Can you talk about Enhanced mode, and what sort of graphical improvements that brings to the table?

Our overall goal is to improve the game in nearly every respect. This means we’ll improve the texture quality/detail/resolution, improve the controls, the save system, the inventory system, the weapon effects, the audio, and add modern features like a wide range of screen sizes being supported.

What sort of quality of life improvements have you made to the game with Reloaded?

The controls will be nicely updated to modern standards, also the menus, the user interface, and a big one will be an inventory screen, which the original game sorely lacked. 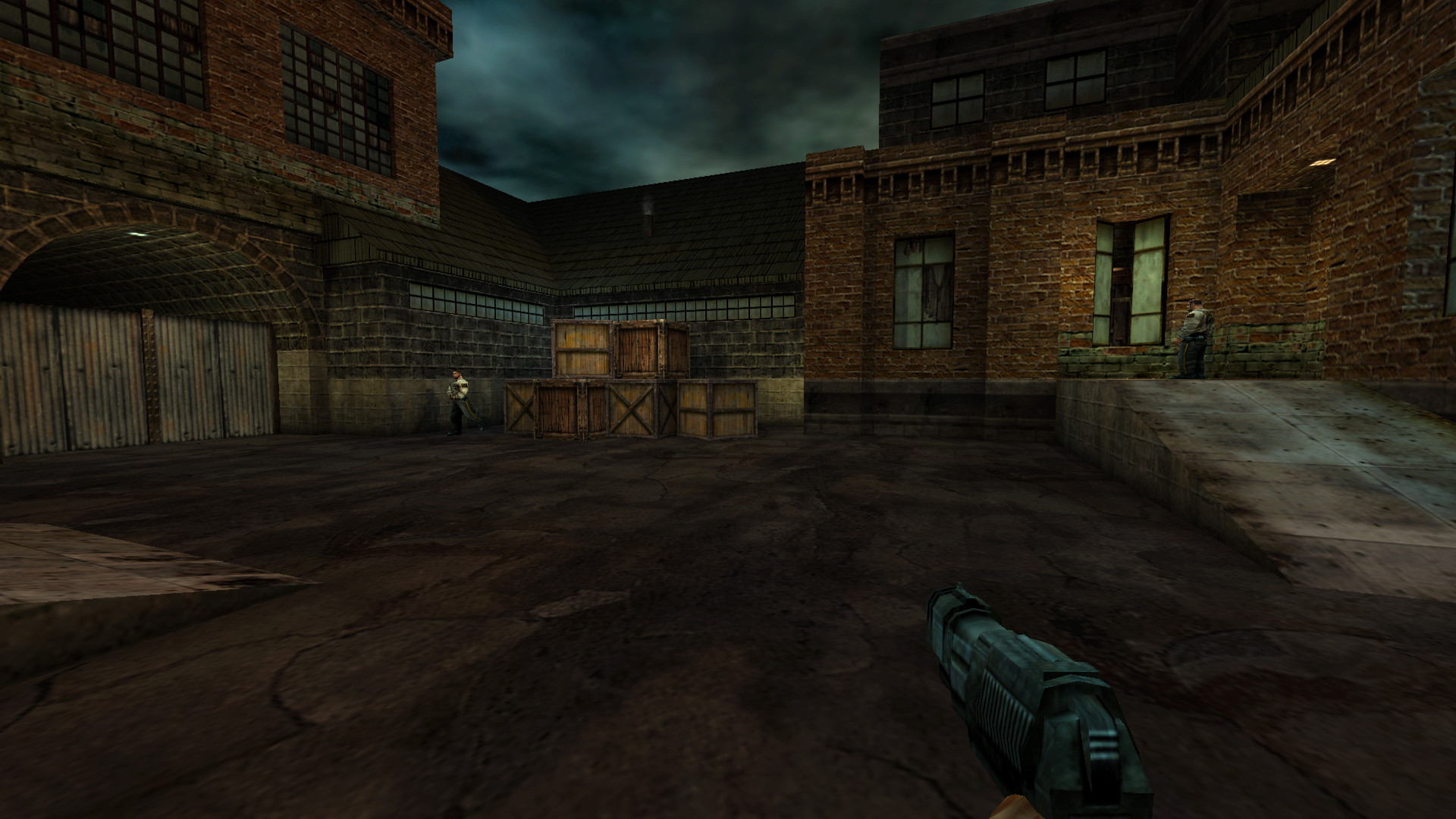 "We’d love to see Kingpin continue as an ongoing series of games with a masterplan in place to introduce new key characters and create an interesting Kingpin storyverse that never has to end!"

Kingpin’s conversation system was quite a big deal back in the day, especially for an action-heavy first person shooter. What sort of improvements or changes does Reloaded make to that, if any?

You’re right that it was pretty innovative upon release. We’re looking at ways to improve it as with everything else.

You’ve talked about a new quest system being implemented in Kingpin Reloaded– can you talk to us a bit about what that entails and how it differs from the original game?

Sure, in the original, the only way you’d know what to do and where to do, was through your journal, which cryptically could be opened by a keyboard shortcut. The new quest system will be much more obvious, with a clear indication of what your goal is, right in the main user interface.

Can players expect to see any major enhancements or additions on the multiplayer side of things?

Possibly, however, we’re not quite ready to discuss multiplayer yet.

Should Kingpin Reloaded generate enough interest from audiences, could that lead to a revival of the IP with a sequel down the road?

That’s 100% our plan. We’d love to see Kingpin continue as an ongoing series of games with a masterplan in place to introduce new key characters and create an interesting Kingpin storyverse that never has to end! 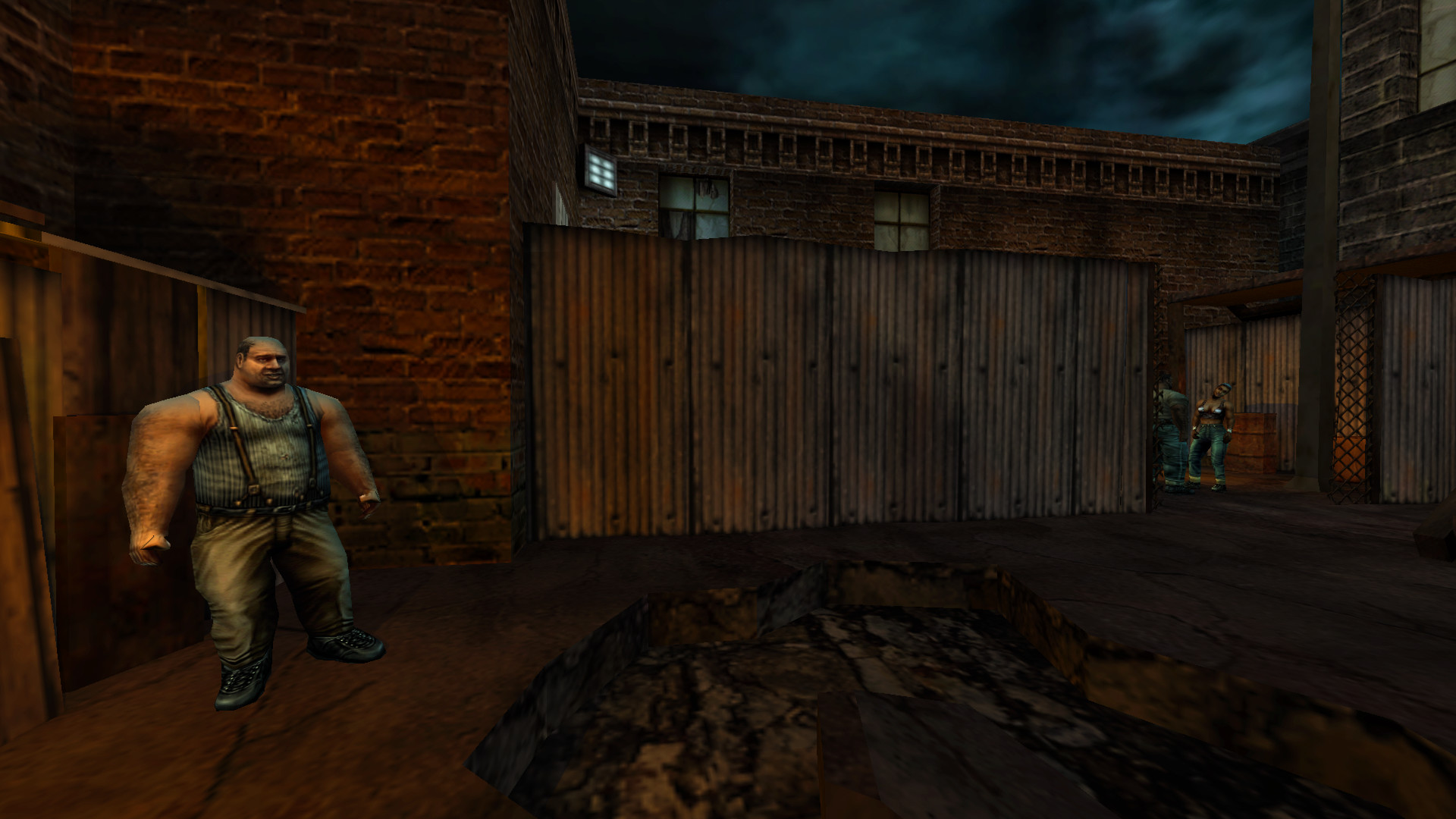 "On Switch, we’re aiming to have the game running at 60 fps, in native resolutions both docked and in handheld mode."

We’re aiming to have the game running at 60 fps, in native resolutions both docked and in handheld mode.

For a game like Kingpin: Reloaded, which is not too demanding on your hardware, the SSD won’t have much of an impact, except for the loading times. However, for larger scale, AAA titles, we’re definitely expecting it to improve things drastically.

We see that the Series X will have almost double the performance output, which will be a huge benefit for larger scale AAA games. And for smaller games, it will allow faster loading times, faster streaming, better AI and of course 60fps, 4k much more often.

Faster memory means faster loading and the need for lesser loading screens in general. It will also allow us to add more geometry, visual effects, and higher detail assets into our games, without having to worry about running out of memory. 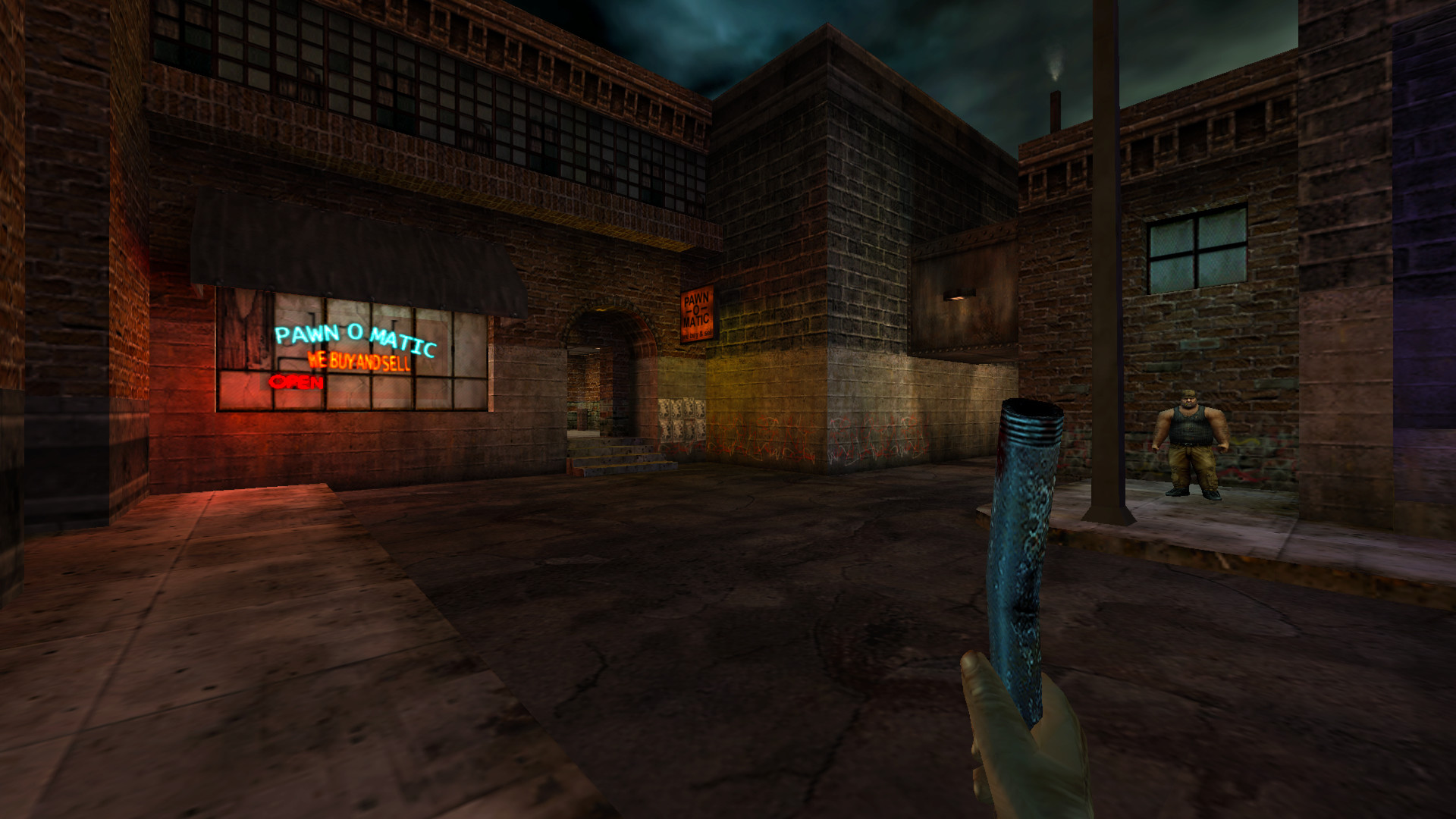 "In previous generations, people often kept their older consoles during a transition phase. I think that people will be faster at switching, knowing that their older games will play just fine (if not better, at faster frame rates) on new consoles."

In previous generations, people often kept their older consoles during a transition phase. I think that people will be faster at switching, knowing that their older games will play just fine (if not better, at faster framerates) on new consoles. So it will definitely have an impact on both developers and consumers, being able to keep your back-catalog of games on the same system.

It’s not something we’ve looking into too much yet. Usually these gimmicky features are more of a novelty, but we’re looking forward to playing around with it, and see what fun ideas we can come up with.