Kojima has been giving us so many hints, the picture, the letter S (or 5) , and the countdown timer.

Well that countdown timer has stoped and reached 00:00 and…. 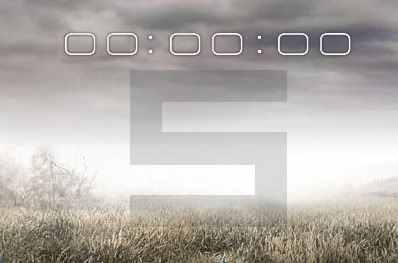 What a surprise! another countdown clock has started!

Now this time more clues are given, again the sky is dark and cloudy, there are thunders here and there and its raining. but what we like to talk to you about is the 4 letters (or numbers) that are shown:

Much like before, the letters/numbers are shown only from time to time, bu the letters you see above, are S/5, e ( or maybe upside down a), E, and what appears to be a 3 (or maybe a backwords E).

This may start to give you more and more thoughts on what Kojima is planing to reveal, my personal thoughts are

S- can stand for Sony

e- can stand for entertainment

So will this be shown at Sony Computer Entertainment’s E3?

What this could also be is Special Edition E3….

or perhaps Zone of Enders 3 (ZOE3)

We want you guys to tell us what this could be, think of the clues and go HERE

to watch the scene i am talking about.

There has been a post on a Magazine called “Playstation World” telling gamers what their next issue will consist, and what it says is:

“Hideo Kojima’s Next Game”, the picture shows an unknown character, doesnt look like Snake nor Raiden, this is very interesting, i personally think its a new IP, though i hope its the next Metal Gear, but for now  we would love it if you guys tell us what you think this is, any guess? 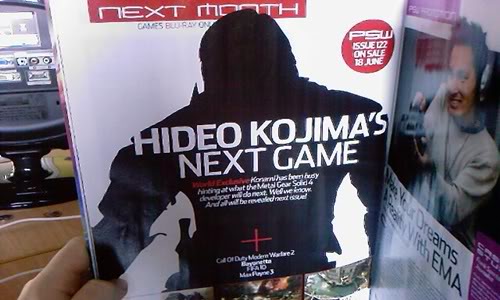 So write down in the comments what you think! and stay tuned to GamingBolt.com!