Given the number of Lego games one has to choose from right now, you would think that bringing over a specific title that graced the Nintendo’s Wii U roughly four years ago would seem a little like overkill. Regardless, you can never have enough Lego games (believe us, we’ve checked) and lo and behold: Lego City Undercover has finally shimmied its way onto the current generation consoles and the PC. Heck, It’s even found its way onto the Nintendo Switch.

Lego City Undercover is something of an anomaly for it’s kind of Lego games. Rather than piggyback off a well-known franchise property like Marvel or DC, Lego City Undercover is an open-world action-adventure that plays off other well known games like Grand Theft Auto along with its associated tropes, and also parodies familiar Hollywood film iconography.

"The game for the most part is well-voiced and usually hits the right notes to get you invested in the main story, which can easily take upwards of 15 hours alone to complete. And of course, that’s not counting how much time it will take to acquire all the hidden collectibles."

You play as an undercover cop Chase McCain who is tasked with taking down escaped convict and master criminal Rex Fury, using any means necessary. Whether that involves you gaining favor with multiple gangs through a tempted life of crime, or acquiring lots of fancy new gizmos courtesy of your Police HQ, Lego City Undercover likes to flaunt its role reversal whenever the story sees fit thanks to its comedic tone and not-too-serious cast of silly misfits. And for the most part, it’s well-voiced and usually hits the right notes to get you invested in the main story, which can easily take upwards of 15 hours alone to complete. And of course, that’s not counting how much time it will take to acquire all the hidden collectibles.

What follows are the usual gameplay signs that accompany a Lego game. During the game’s chapters, Chase will have an objective marked on his HUD at all times. This objective is broken up depending on whether it takes​ place in the main world that is Lego City, or has you enter specific locations. For example, you may have to tail a criminal out in the streets, or solve some puzzles inside a building complex. Some of these objectives may even tie into one another, until finally a Chapter is completed and you’re awarded with the next set of objectives. Completing the main story is key in unlocking all of your character abilities, and will be especially vital if you’re looking to spend time hunting down those secret collectibles. 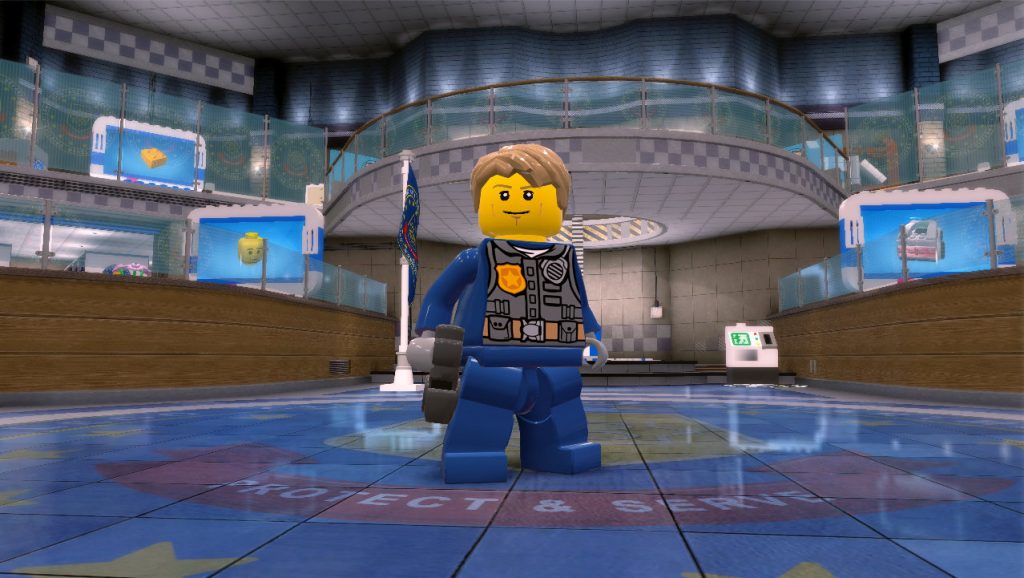 "The Wii U roots are obvious as some of the city backgrounds, while busy and flourishing with tons of characters and vehicles on-screen, can seem a bit muddy and lacking in color."

Some of these abilities include using your smart tablet to find hidden footprints, receive incoming calls from your support team, or use as a surveillance camera to eavesdrop or mark suspicious targets in first person. The tablet is a clear carry-over from the Wii U version and its use with the Gamepad but doesn’t quite detract from the transition to PS4. Your abilities are further expanded once you’ve acquired additional costumes. Again like in other Lego games, equipping different outfits will allow you to access certain areas or use character-specific abilities to progress and solve puzzles. Some of these abilities can be as simple as changing into a robber and using your crowbar for breaking into and entering marked locations with a crowbar icon.

Because of the patented silliness that comes with its territory, you never have to think too much about how you’re moving from area to area, whether you’re hijacking a civilian’s ice cream truck for the greater good, or changing costumes on a whim in front of your police cohorts. The world of Lego City compliments your actions and genuinely feels amusing enough to explore when you’re not sticking to the beaten path. And with the newly added drop-in, drop-out local co-op, you won’t have to bear it alone. Because having two Chase McCain’s speeding a down a highway away from the Chinese mafia can have its own perks.

The same can’t be said for the overall game performance, sadly. Take the framerate, for instance. It varies between 30 FPS while exploring Lego City, and 60 FPS while in-doors for specific missions. The Wii U roots are obvious as some of the city backgrounds, while busy and flourishing with tons of characters and vehicles on-screen, can seem a bit muddy and lacking in color. Sometimes, things will start to slightly chug when it gets a bit too busy in the big city. There was even an odd game crash on one of the missions, but it only occurred once and I wasn’t able to reproduce it. Add to that the wonky camera when outdoors, and it feels like Lego City Undercover could have a benefited from some further optimization and polish. 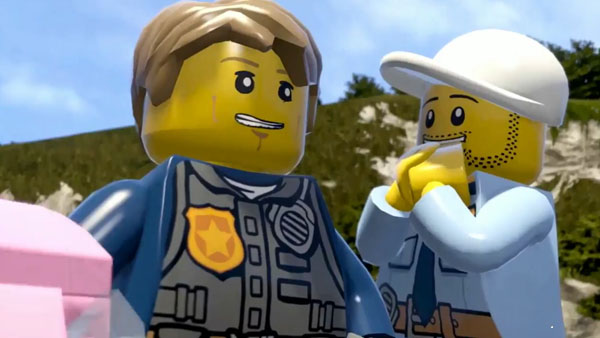 "Lego City Undercover is about everything you would expect from a Lego game, filled with its own unique story and entertaining world to explore."

Despite its technical problems, Lego City Undercover is by no-means a bad entry into the series. It’s story will have you trudging on just to see what ridiculous situations are cooking around the next corner, and there’s potential fun to be had if you’re planning to bring a buddy along. But it’s hard to justify a full-priced asking, especially when you consider just how many Lego games one can choose from these days. If you’re not already a die-hard enthusiast, it certainly doesn’t hurt to wait for a sale.

Lego City Undercover is about everything you would expect from a Lego game, filled with its own unique story and entertaining world to explore. If you’re not already suffering from Lego game series fatigue or just looking for a good starting point minus some magical wizards or hobbits, you’re in luck.

Fun main story with some light-hearted characters. Lego City itself is a whimsical place to explore. Newly added 2-player co-op is appreciated.

Not a whole lot of improvements in this four year old port. Sometimes erratic performance. Camera can be difficult at times.

Final Verdict:
FAIR
Lego City Undercover is a comical, open-world adventure set in a Lego world that doesn’t borrow from other franchises. Despite the warts, it's easy to get yourself lost in its whacky tale.
A copy of this game was provided by Developer/Publisher/Distributor/PR Agency for review purposes. Click here to know more about our Reviews Policy.