The LEGO video games from Traveler’s Tales/TT Games is one of the longest running video game franchises of the past two decades, with over 20 games in its roster featuring several popular titles such as Star Wars, Harry Potter, Lord of the Rings and more, and one of its most popular titles has been the Batman series of games, the first of which was released 10 years ago. With so many LEGO games already under its belt, the developers have decided to deviate from the series and the franchise in a big way with its latest game, LEGO DC Super-Villains.

As the title clearly implies, DC Super-Villains turns the series on its head and has players take the side of DC’s roster of super villains. While the popular Justice League does make an appearance at the start of the game, they quickly disappear and are replaced by a group of look-alikes from Earth-3 calling themselves the Justice Syndicate. It’s up to the villains to find out what really happened to the Justice League and what this shady new group of heroes are actually up to, as the villains can’t really conquer the world with them in the way. It’s an interesting and fun story that turns the villains into the pseudo heroes without really stripping away what makes them villains in the first place. 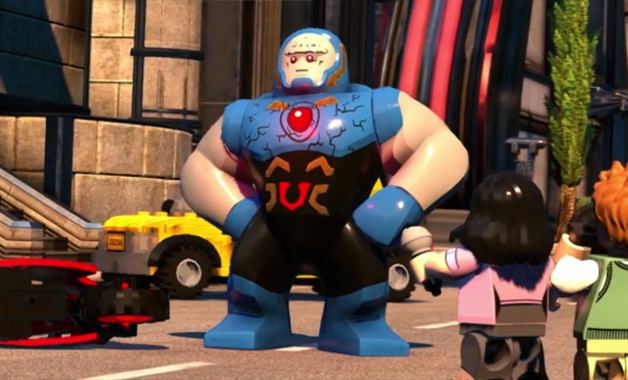 "Even with villains as its main cast though, DC Super-Villains doesn’t really become dark at any point and remains “kid-friendly” all throughout."

Iconic villains such as The Joker, Lex Luthor, and Catwoman are expectedly present as well as many other notable bad guys including Harley Quinn, Metallo, The Riddler, Clayface, Scarecrow, and more. Even lesser known villains such as Cheetah, Granny Goodness, Mercy Graves, and Solomon Grundy are playable. With a playable cast of over 160, DC Super-Villains definitely doesn’t hold back in the character department. Each playable villain is equipped with their own unique quirks, abilities, and weapons that players can use to get through the game’s myriad of stages and puzzles.

DC Super-Villains features quite an all-star cast of voice actors. Kevin Conroy, Mark Hamill, and Tara Strong reprise their iconic roles as Batman, The Joker, and Harley Quinn respectively from the Batman: The Animated Series, respectively. Michael Ironside from Superman: The Animated Series and Justice League Unlimited fame returns to his role as Darkseid. Other notable stars in the cast include Roger Craig Smith (Assassin’s Creed), John Barrowman (Arrow), and Brandon Routh (Superman/Legends of Tomorrow). The phenomenal performance of the voice cast just gives the game another layer of authenticity and fan service that players can enjoy.

Even with villains as its main cast though, DC Super-Villains doesn’t really become dark at any point and remains “kid-friendly” all throughout. The stories and motivations of many of the villains featured in the game have been toned down and a lot of what would be expected to be mature content has been replaced by comedy and silliness. While there is some mischief and a bit of chaos, it’s all presented in the lightheartedness that’s expected of a LEGO game. The game is able to package its villains and the game’s story in a way that doesn’t feel too deep or complex yet is still able to sell the idea of playing with villains as the stars instead of the usual heroes. 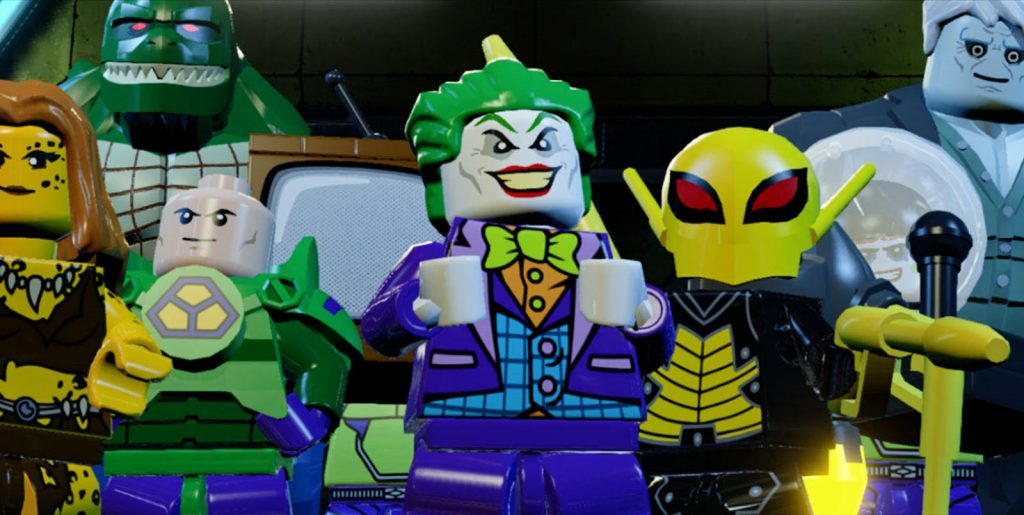 "The character selection screen now allows you to filter characters by special ability so switching through characters is a lot easier in this installment."

Character creation is back in a big way in DC Super-Villains. In a first for the series, your player created character is now at the core of the game’s story and is no longer limited to Free Play mode. There’s a lot of ways players can customize their character, from changing many parts of their appearance to their weapons and super powers. Players can even customize the way some super power effects look, such as changing the color of your lightning bolts and choosing whether you fire them from your hands, eyes, chest, or even your weapons, and even more customization options, abilities, and weapons open up as players progress in the game.

Players will still be able to switch to any of the game’s myriad of characters by either pressing a button or holding said button down to open the selection screen and switch to any of the characters you currently have at your disposal. The character selection screen now allows you to filter characters by special ability so switching through characters is a lot easier in this installment. While the game lets you play as any character of your choosing without hindrance for the most part, certain puzzles in the game can be solved only by specific characters.

Although, much like previous entries in the series, the puzzles in DC Super-Villains aren’t all that difficult to figure out or accomplish. While some are quite creative and require a bit of thinking, most of them are pretty straightforward in their design and easy enough to solve. The game also gives a lot of hints to help solve the puzzles, which keeps them accessible to the game’s younger players. Character-specific puzzles are also now marked by their portraits, which saves you the time of figuring out who among the game’s dozens of characters you need to use to find a solution. 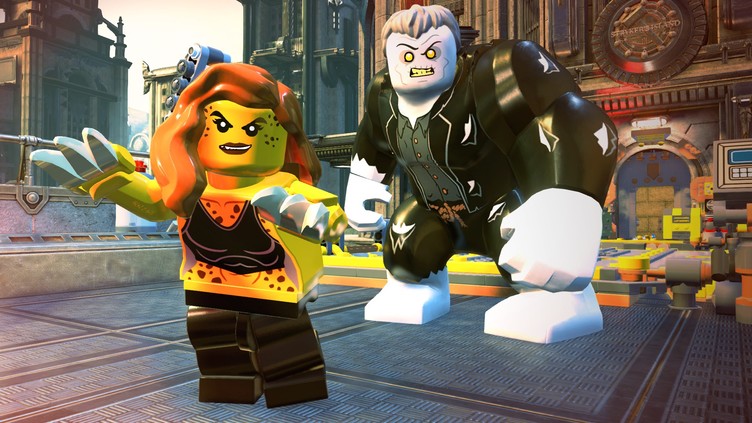 "LEGO DC Super-Villains is definitely a fun and entertaining experience for both long-time fans of the series and even those new to the series may find it enjoyable in spite of its simpler mechanics."

Combat in DC Super-Villains is simple and straightforward as always, without much complexity or depth in it, something that’s expected with a game that’s primarily targeted towards a younger audience. The characters are still limited to three attacks – a basic melee attack, a special attack, and a ranged attack, although each character’s set of abilities are fairly unique to them. The enemy AI has seen a few improvements but ultimately doesn’t pose much of a challenge, with many of the game’s combat sequences being easily clearable just by mashing the attack button.

The game’s open world allows players to explore and take on missions that lead them to several locations in the DC universe including Gotham City, Metropolis, Smallville, and more. Even several iconic places such as the Hall of Doom, S.T.A.R. Labs, the Daily Planet, Arkham Asylum, and more are available for exploration. The maps and levels aren’t particularly huge and feel more like districts than entire cities but there’s still a lot to experience in the game’s many locations including several puzzles and side missions. The game does punish you somewhat whenever you get into any mischief in the game’s maps by sending the police after you but they don’t really pose much of a problem.

LEGO DC Super-Villains doesn’t stray too far from the formula that made the previous games in the franchise so popular but adds enough to make it one of the best in the series. Making the player-created character the center of the story is a big deviation from the series’ norm but the developers have made it work well-enough in this installment that we might see more of it in the future. The quality-of-life improvements, such as the new character selector filter and the portraits for the character-specific puzzles, also make the game much more accessible and removes some of the inconveniences the previous titles posed. LEGO DC Super-Villains is definitely a fun and entertaining experience for both long-time fans of the series and even those new to the series may find it enjoyable in spite of its simpler mechanics.

Combat and puzzles too simple for older audiences, nothing really innovative.

Final Verdict:
GREAT
LEGO DC Super-Villains is definitely one of the best in the series, with many improvements that not only build on the strengths of the previous titles but also fixes some of the issues they faced. The massive change to player-created characters and the star-studded voice cast makes the game significantly more enjoyable and offers much more replayability than previous titles. LEGO DC Super-Villains may very well end up becoming the benchmark for future games in the franchise.
A copy of this game was provided by Developer/Publisher/Distributor/PR Agency for review purposes. Click here to know more about our Reviews Policy.