Arguably the best game in the series.

I kind of wonder who LEGO Marvel Super Heroes is aimed at. Kids will love it but I can’t help but think perhaps the key audience will be the fully-grown adults who have pored over the Marvel comic books for decades. For them, they’ll be like kids in the proverbial candy store – able to control hundreds(!) of their favourite characters and roam a massive LEGO playground.

Warner Bros and developer TT Games have become masters at transforming huge franchises into LEGO versions, and this is way up there among the best of them. From Indiana Jones and Batman, to Star Wars, Lord of the Rings and Harry Potter, they’ve never failed to capture the charm, comedy and characterisation of each. With Marvel Super Heroes, they’ve certainly “built” on the success of their previous games; both LEGO and Marvel fans can’t fail to be overjoyed by the end result. 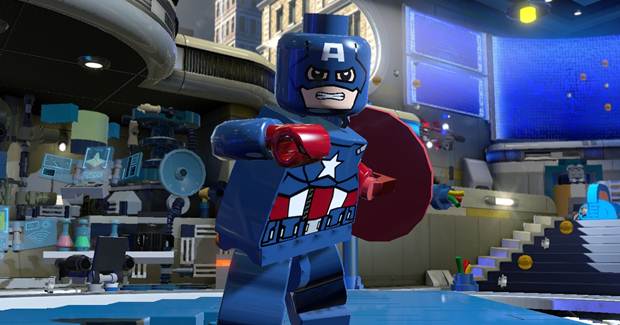 "There’s a veritable feast of Marvel characters on offer from Spider-Man, Iron Man, Wolverine, Captain America and the mammoth Hulk – each armed with their respective webs, lasers, claws, shield and attitude."

There’s a veritable feast of Marvel characters on offer from Spider-Man, Iron Man, Wolverine, Captain America and the mammoth Hulk – each armed with their respective webs, lasers, claws, shield and attitude. There’s even the occasional appearance from the face of Marvel, Mr Stan Lee!

Firm favourites are Hulk and Mr Fantastic, the former able to slam, smash and swipe his way through oncoming enemies, use his extreme bulk to shove obstacles out of the way or mutate to the rather less green Dr Bruce Banner for puzzle solving. Mr Fantastic, meanwhile, is at his bendy best and able to transform into various objects, stretch to reach far off levers or slim down to fit through grates or glide across chasms. Every single character is completely unique and brings their own skills and personality to the proceedings.

Through the campaign, you’ll meet equally-awesome villains too. Venom is residing among the many levels, along with Doctor Octopus, Loki, Sandman, Green Goblin and Galactus. 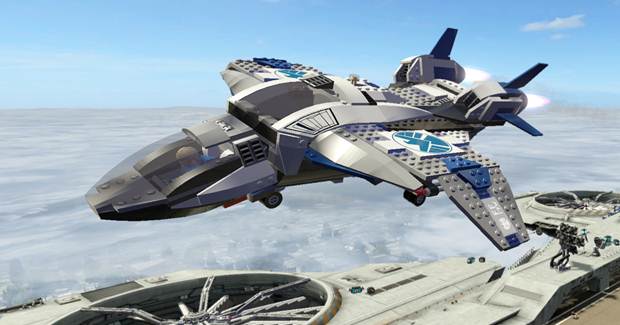 "As ever, a second player can leap into the proceedings at any given time. The puzzles are occasionally tricky in the game and there may be a few occasions where plenty of headscratching will ensue."

If you’ve played any of the previous LEGO titles, you’ll know what to expect. This is a game that’s all about the puzzles, the building of contraptions and collecting hundreds of multi-coloured studs.Each level allows you to switch control between various characters, using their specialist skills to proceed to the next area. Along the way, there are bad guys to defeat and countless items to smash, which spill ridiculous volumes of colourful LEGO bricks and coins about the place.

As ever, a second player can leap into the proceedings at any given time. The puzzles are occasionally tricky in the game and there may be a few occasions where plenty of headscratching will ensue. Once you grasp the basic concepts though, it soon becomes second nature; it’s never tough enough to prove frustrating.

The game’s locations are many and varied, taking you through iconic Marvel settings like the Daily Bugle, Stark Tower, Asgard and Sanctum Sanctorum. It looks and plays really well, especially when you bring a friend along for the ride and work together. It’s instantly clear who each character is meant to be, with their individual personalities and abilities perfectly replicated in this world of LEGO blocks. 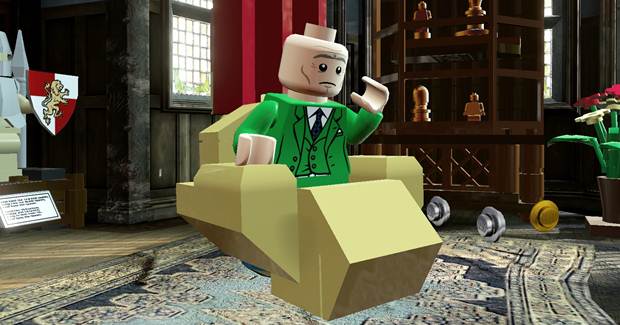 "Unlike the early LEGO games when the characters were mute, the voice acting in Marvel Super Heroes is pulled off perfectly, and there’s a healthy helping of humour thrown in for good measure too."

The graphics are nicely detailed and retain the usual charm. There’s a real sense of depth to the levels, which are all brightly coloured and full of areas to explore and objects to smash. The HUD is minimal, with the characters’ details nestling in the top corner of the screen, along with health bar and the number of nuggets collected. Spend too long procrastinating over a puzzle and a tip pops up at the bottom of the screen, suggesting what you should be looking for or which character is best suited to the task.

Unlike the early LEGO games when the characters were mute, the voice acting in Marvel Super Heroes is pulled off perfectly, and there’s a healthy helping of humour thrown in for good measure too.

As ever, the signposting can be a little unclear, and some may find it tough to find the right route or identify blocks that need to be smashed and rebuilt as part of a puzzle, for example.

But despite this minor flaw, this is a fantastic game that will last you ages – particularly given the Free Play mode, allowing access to that stage with any of the characters you’ve unlocked. Attaining that elusive 100% completion status is certainly an achievement for only the most dedicated of gamers. LEGO Marvel Super Heroes is highly recommended and arguably the best in the series yet!

Charming, fun and humorous with plenty of replay value and oodles of our favourite characters from the Marvel universe. It looks fantastic, plays brilliantly and even allows you to turn Mr Fantastic into a teapot!

Can be tricky in places and is sometimes frustrating. Perhaps a little too repetitive and we have seen this formula a few times now.

On paper, LEGO Marvel Super Heroes could have been a great game… in fact, it’s the best in the series yet!