Lego and Traveller’s Tales are at it again. This time they’re taking on one of the biggest grossing movies in cinema history with LEGO Marvel’s Avengers. Unlike LEGO Marvel’s Superheroes, this game is taking actual events from the Avengers’ movie franchise and doing the best they can with what LEGO’s got. Unfortunately, these bricks just don’t stack up as well as past iteration of LEGO spinoff games. However, there is plenty of fun to takeaway from this semi-game-based-on-a-movie-based-on-a-comic game.

Let’s just clear something up right off the bat: if you haven’t seen at least most of Marvel films that lead up and into the Avengers, this game isn’t for you. It may not be noticeable to those who do not follow the chronology of the films, but the story, plots and scenes are so twisted up in this game it’s insane. But, there’s such little story to consider, that it might be acceptable for some. For the most part, I’m sure those interested in this game would probably be of a much younger age than most gamers looking for a legitimate game to spend some quality time enjoying.

Like most other LEGO games of this caliber, the same mini games, light puzzle solving, and button holding puzzles are stacked in Avengers as well. And still, for myself quite boring. Nothing new or interesting on this part. And like the other LEGO games, it’s quite repetitive to constantly have to switch between characters just to use certain abilities to get certain tasks done. It’s alright to change characters here and there, but this game makes use of character switching quite often. Especially when I found myself using a character I enjoyed, the game would often have me switch to the less fun one because that was the character with the abilities needed most often. But it’s hard to take credit away from the standard formula when the developers are pretty much dumbing down a standard game to LEGO proportions to begin with. All LEGO games are limited in that way. 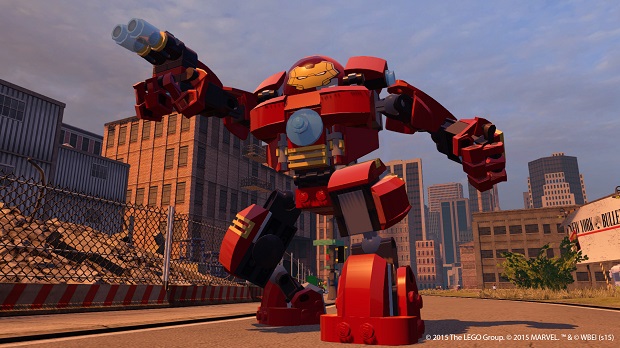 "What is enjoyably new are the combo moves that can be performed between characters whenever prompted, but your characters must be near the second on-screen character."

Locations within the game are actually more than what most people would expect from a standard LEGO game. This is where they went all out on really trying to go for a great atmosphere that truly delivers. Special care was taken in spending time detailing these locations out. As the game starts in the same location as the opening of Marvel’s Avengers 2: Age of Ultron, the same opening cinematic also took place. It was beautifully set to feel authentic and looked identical to the film. Of course, in a LEGO-style world. From scenes that nearly mimic the look and feel of the movies to new sets that are LEGO-centric, there isn’t much that could have been done better in this sense.

Co-op is underutilized in Avengers this time around. It’s more of a sense of going for a movie-experience, per se. Certain boss battles can only be beaten by the character that defeats it in the movie. So if you’re playing two-player co-op the second character is often sitting on the sidelines doing nothing. This is an odd move for a game that relies heavily on humor and family – and by family I mean a family friendly game that should be enjoyed with the whole family in the living room. 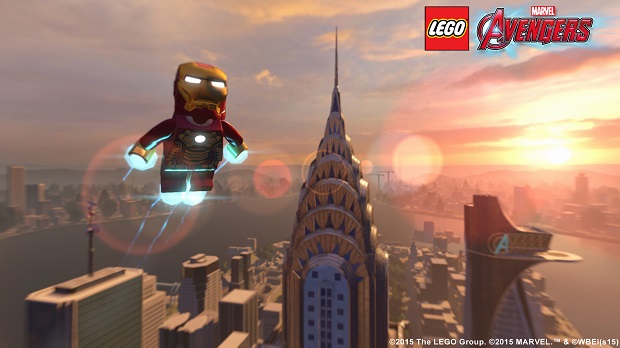 "Co-op is underutilized in Avengers this time around. It’s more of a sense of going for a movie-experience, per se. Certain boss battles can only be beaten by the character that defeats it in the movie."

What’s left after the simple, child-friendly gameplay is a good amount of treasure hunting, looting, discovering secret locations and tons and tons of secrets. There’s always that Stan Lee collectable to find and a great deal of exciting and new things to see that even the most passionate Marvel fan of either the film franchise or comic series’ will find intriguing.

For those looking to relive large aspects of the film, this game is sort of for them. It does have those big moments from time to time, but without a certain, cohesive order that totally bends the time table around, it may be bothersome to some. For those looking for a fun, family friendly LEGO game without the mess of having to pick up all the bricks when playtime is over, LEGO Marvel’s Avengers is the perfect opportunity to enjoy some time relaxing with the family and getting some good laughs in with the kids.

Plenty of collectables, characters and jokes to go around.

Boring, repetitive old puzzles that are the same in all the other LEGO games. Confusing story chronology.

Final Verdict:
GOOD
For a LEGO game, LEGO Marvel's Avengers is adequate but not complete. It has a lot going for it, but it's starting to feel like Call of Duty in the way that it's blurring with all the others in the franchise.
A copy of this game was provided by Developer/Publisher/Distributor/PR Agency for review purposes. Click here to know more about our Reviews Policy.