Leviathan: Warships’ presentation is a mixed bag. First and foremost, the game is represented in somewhat stylized rather than a realistic manner. You’ll see many bright colors, instead of your usual gray, white, brown and black color palettes. I actually found that enjoyable and pleasing to the eye, due to the fact that I am not a huge fan of realistic looking  games. The in-game presentation definitely appealed to me. 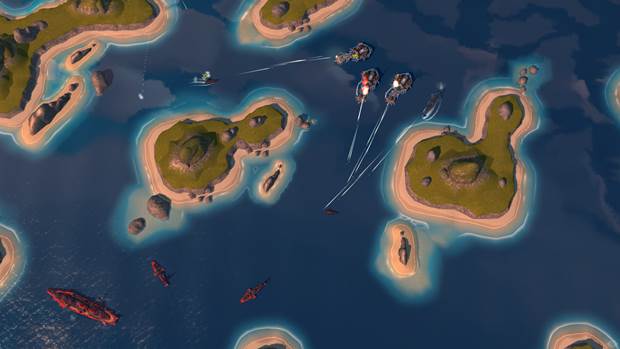 One complaint I have about the presentation of the game is the main menu. The main menu doesn’t fit within the style of the game. When I first saw the menu I thought it was a realistic warship game, but once you get in the game you can clearly tell by the colors that it doesn’t match with the overall style. This is just me nitpicking, so in reality it might not be a big issue for some players.

There is a single-player campaign in the game, however the story is nothing to talk about. It is kind of disappointing that the story is basically non-existent in the game since it could have created a more immersive experience for the player.

"Gameplay in Leviathan: Warships is a bit confusing at first, so don’t expect to just get into the game and win battles."

Gameplay in Leviathan: Warships is a bit confusing at first, so don’t expect to just get into the game and win battles. Thankfully, the tutorial teaches you the basic mechanics of the game including moving and controlling your ships, using weapons and defense tactics. After the tutorial it’s all about just playing the game and trying to adapt as you fight against enemies and face tactical situations.

As the game is turn based, once you’ve made your choices and decided your  tactical decisions, you press the ‘Commit’ button to start making things happen. Once you commit, the action happens for 10 seconds until your enemy start taking their turn. Just like with any other turn based strategy game you will be using the  ‘Commit’ button over and over again. However, if you’re impatient and like quick actions, then the gameplay of Leviathan: Warships may not appeal to you. 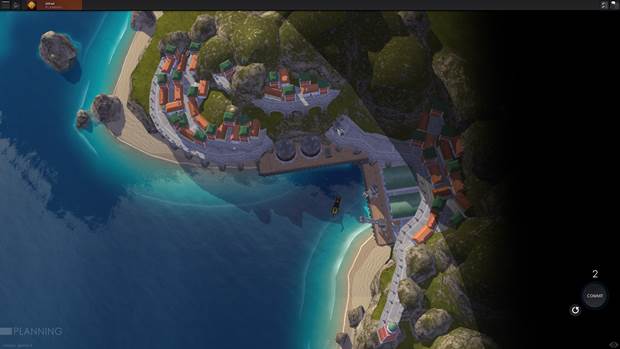 You can play campaign mode by yourself or with a friend cooperatively. The campaign missions vary in different situations. For example, in one mission you’re trying to get across from one side of the map to another, while in a different mission you’re defending bases from incoming enemy warships.

"As a single-player game it lacks a lot of content, there is not much to do at all if you’re playing alone. "

As a single-player game, it lacks a lot of content, there is not much to do at all if you’re playing alone. The main campaign is short and only packs in nine missions. Then there is the multiplayer which is where you will be spending the majority of your time. If you have friends that enjoy tactical turn-based strategy game then Leviathan: Warships should be fun.

Leviathan: Warships is a decent tactical turn-based strategy-combat game. However, the main problem is that these types of games are not for everyone and I am afraid that many people will easily be turned off by the game’s mechanics and pacing of the gameplay.

As I mentioned before, Leviathan: Warships is targeted for a specific audience. Obviously, die hard strategy fans won’t mind the slow pacing of the game. Although, the game does lack solo content and doesn’t really have much to offer to fans of these types of genres.

If you have friends that dig these types of games and are willing to play multiplayer with you, then give this game a shot. However, if you’re looking for an engaging single-player experience then I am afraid you won’t find it here.

Some gameplay elements and multiplayer can be fun, in-game visuals are shiny.

Not a game for everyone, Lacks a single player content, Can feel repetitive at times.

Final Verdict:
FAIR
A decent turn-based strategy game with shiny visuals. However, the lack of single-player content and repetitive gameplay can turn away users.
A copy of this game was provided by Developer/Publisher/Distributor/PR Agency for review purposes. Click here to know more about our Reviews Policy.