Alex Golebiowski of PixelNAUTS speaks with GamingBolt about the recent expanded re-release of the space exploration title.

Originally launching in 2015, Lost Orbit wasn’t the most high profile of releases in that year, but it quickly accumulated a strong a dedicated fanbase, who took to its story, humour, and space exploration gameplay immediately. Four years later, developers PixelNAUTS have launched an expanded version of the game, featuring even more new story and gameplay content, to deliver the definitive Lost Orbit experience. Before the game’s release, we sent across a few of our questions to the developers to find out what players can expect from the expanded content. Read our conversation with Alex Golebiowski of PixelNAUTS below.

NOTE: This interview was held prior to the game’s launch. 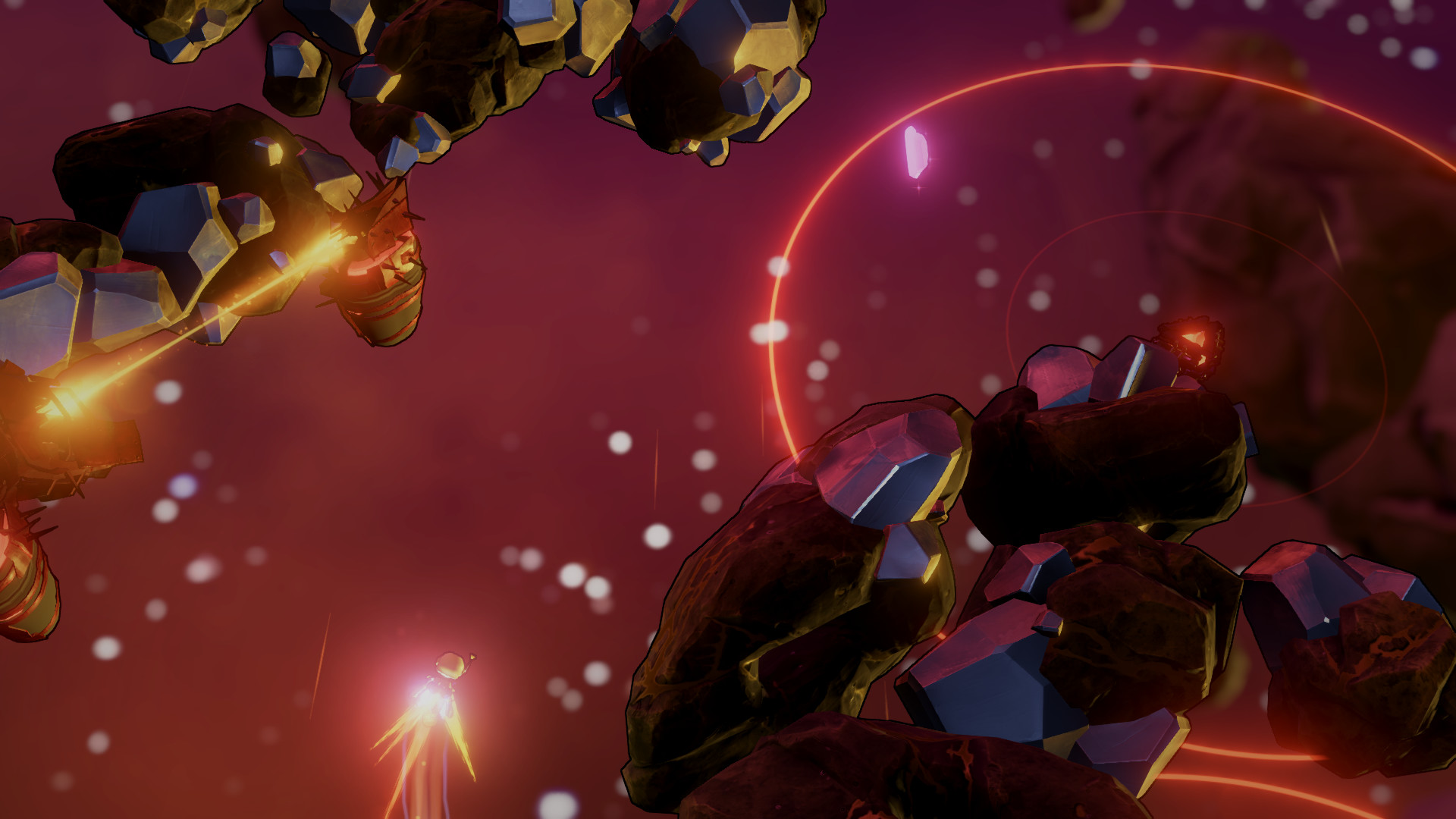 "The game kinda follows our experience as indie devs- we left our AAA jobs and jumped into the unknown. With any story of risk, death and loneliness you need some humour, some way to remember what its like to laugh and enjoy life."

The theme of being alone in space and the idea of blending it with humour is an interesting one- how does Lost Orbit strike a balance between those two?

The game kinda follows our experience as indie devs- we left our AAA jobs and jumped into the unknown. With any story of risk, death and loneliness you need some humour, some way to remember what its like to laugh and enjoy life. Lost Orbit’s main character “Harrison” is stuck out in space with only a jetpack but soon runs into an alien space probe and the two become companions on the journey. Probe doesn’t quite understand Harrison and his human emotions and can be a bit cold, blunt and surly through the journey.

How long can we expect a typical playthrough of Lost Orbit – Terminal Velocity to be?

The main story which covers 5 solar systems and 50+ levels takes about 4-5 hours to complete, depending on how often you die. After that there are 15 challenge levels to tackle for those looking for a more challenging experience, these can take about an hour or two to get through. We also have plans to release more challenge levels later this year.

On top of all that, players who really enjoy the game can try to get a top grade of “platinum” in each level (not an easy task) and can also compete with others for best times on the leaderboards.

How much new content can we expect Terminal Velocity to add over the base game’s release?

The base game had 4 solar systems and around 40 levels. The epilogue is made of 12 new levels and there are currently 15 challenge levels. Our goal was to almost double the content with this new edition.

Can you talk to us a bit about some of the new mechanics being added to the game, and how they effect moment-to-moment gameplay?

The epilogue features a few new mechanics and some new ways to die. First you get the ability to smash into depleted cores and push them into obstacles to cause an explosion. This allows you to use your speed to clear a path and interact with objects in new ways.

You then get a drill. This allows you to blast through asteroids whenever you want, as long as you release the drill and allow it to cool down. This makes the game far more freeing, yet hectic. You cant use the drill non-stop so you will have to time your drills and use it sparingly to ensure you don’t overheat.

We also have new grind rails in the epilogue, hitting these will send Harrison along a path while at times providing him a briefly opportunity to switch tracks and avoid obstacles.

On top of all that we have new ways to die, machines, mines, pirates, laser gates and more. 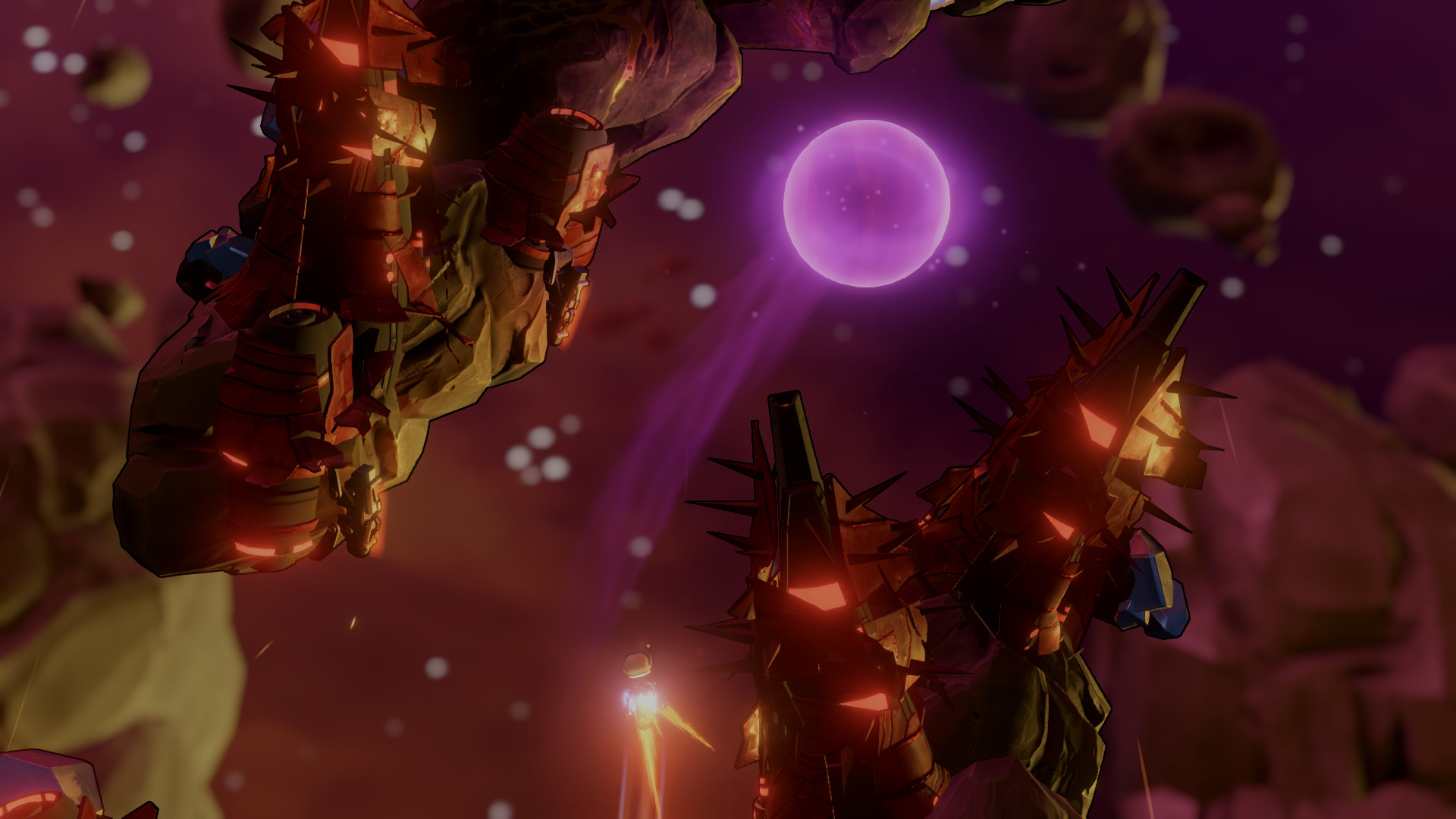 "The new epilogue is extremely dense, we probably could have spread it across a few solar systems."

How meaty can we expect the new levels in Terminal Velocity to be?

The new epilogue is extremely dense, we probably could have spread it across a few solar systems. Each level has new mechanics, setups and obstacles. The story is also much richer than before, the epilogue features a large cast of characters from family members, random survivors, a crew of space pirates and even Harrisons old boss.

Lost Orbit boasted a great deal of variety across its levels in the base game, especially visually- can we expect similar variety in the new levels being added in Terminal Velocity?

We actually polished up the original game in this new edition. We reworked all cinematics and polished the art. Not only does this game look better it always players faster and smoother than ever before. The epilogue takes place in a new solar system, with unique art, chase scenes and even an interior level!

The challenge levels also boast unique and never before seen ways to die!

Do you have any plans for the immediate future as far as adding even more content goes?

We have a plan to add new levels in the next little while and depending on how well the game does we would add more.

Can you talk to us a bit about the epilogue and what sort of a conclusion players can expect it to add to the story?

The story takes off right where it ended. Harrison gets some answers about what is happening and how the people around him are dealing with events. Some are surviving, others are taking advantage. Harrison gets to reconnect with his people and set off on the next stage of his journey. 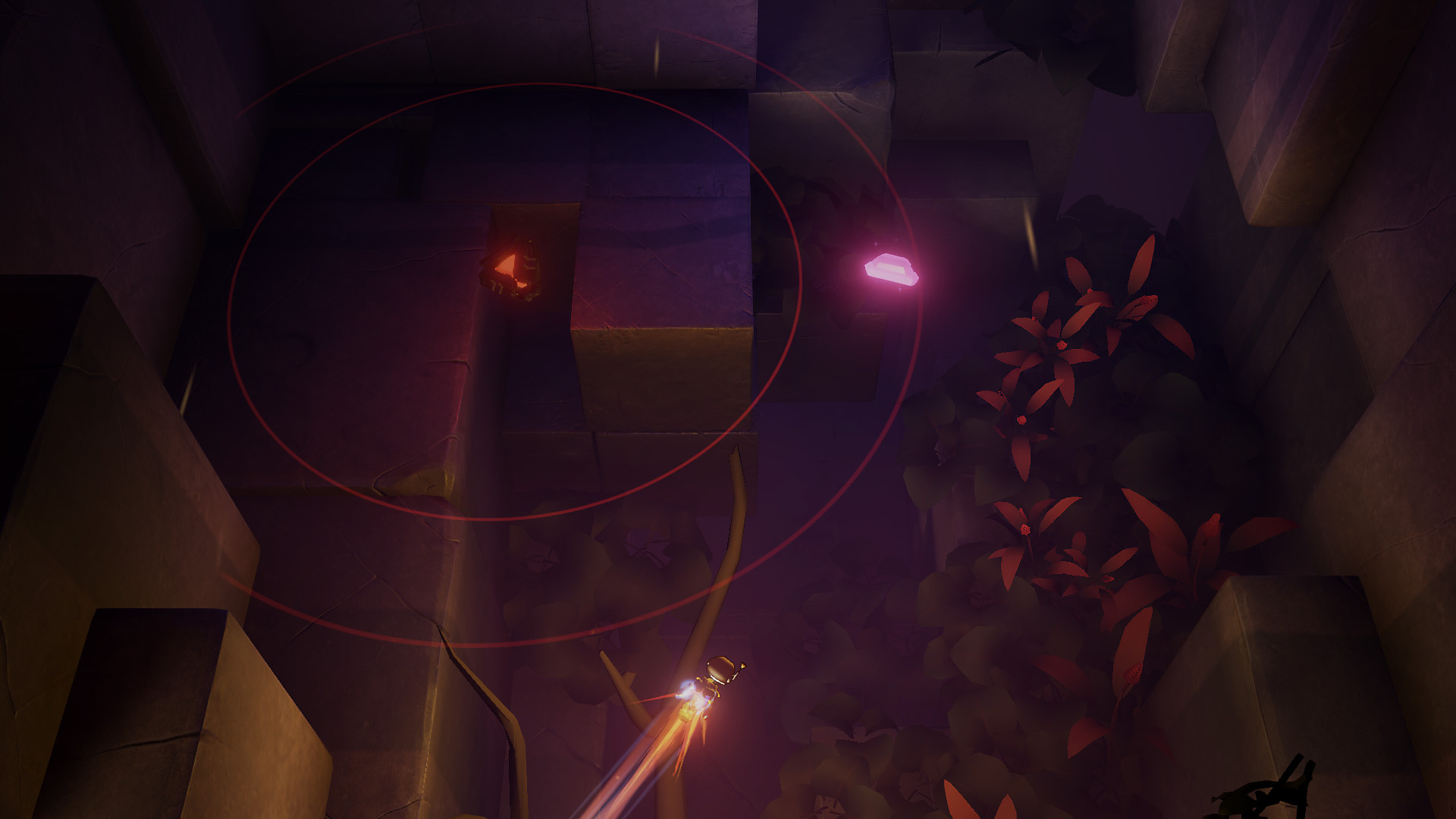 "I find it very welcoming yet surprising how quickly the Switch took over the industry. "

I find it very welcoming yet surprising how quickly the Switch took over the industry. I think it brings something new to the table in the form of an accessible way to play games. There is something special about playing a game on it, I have even purchased games I own on Steam just to play them on a Switch.

As a dev I feel it’s a great place to get your game out and have a better chance at being discovered. There are far fewer games launching each day on the switch, giving each dev a bit more time in the spotlight to showcase their games.

What resolution and frame rate does the game run on on the Xbox One X and PS4 Pro?

We run at 1080p and 60fps on the pros. We didn’t have a chance to really push the game to take advantage of those systems.

What a great choice by both Sony and MS. Load times will never be the same!

The PS5 and Xbox Scarlett will both have a Zen 2 CPU processor which is a major leap over the CPUs found in the PS4 and Xbox One. How will this help you in developing games of the future?

I have a AAA art background and although Lost Orbit was a relatively simple game, I am looking forward to having even less boundaries to make beautiful games without having to spend the budget of a full AAA dev.

Project Scarlett features GDDR6 memory and the PS5 will possibly feature the same. How will this increase in memory bandwidth help you in the future? 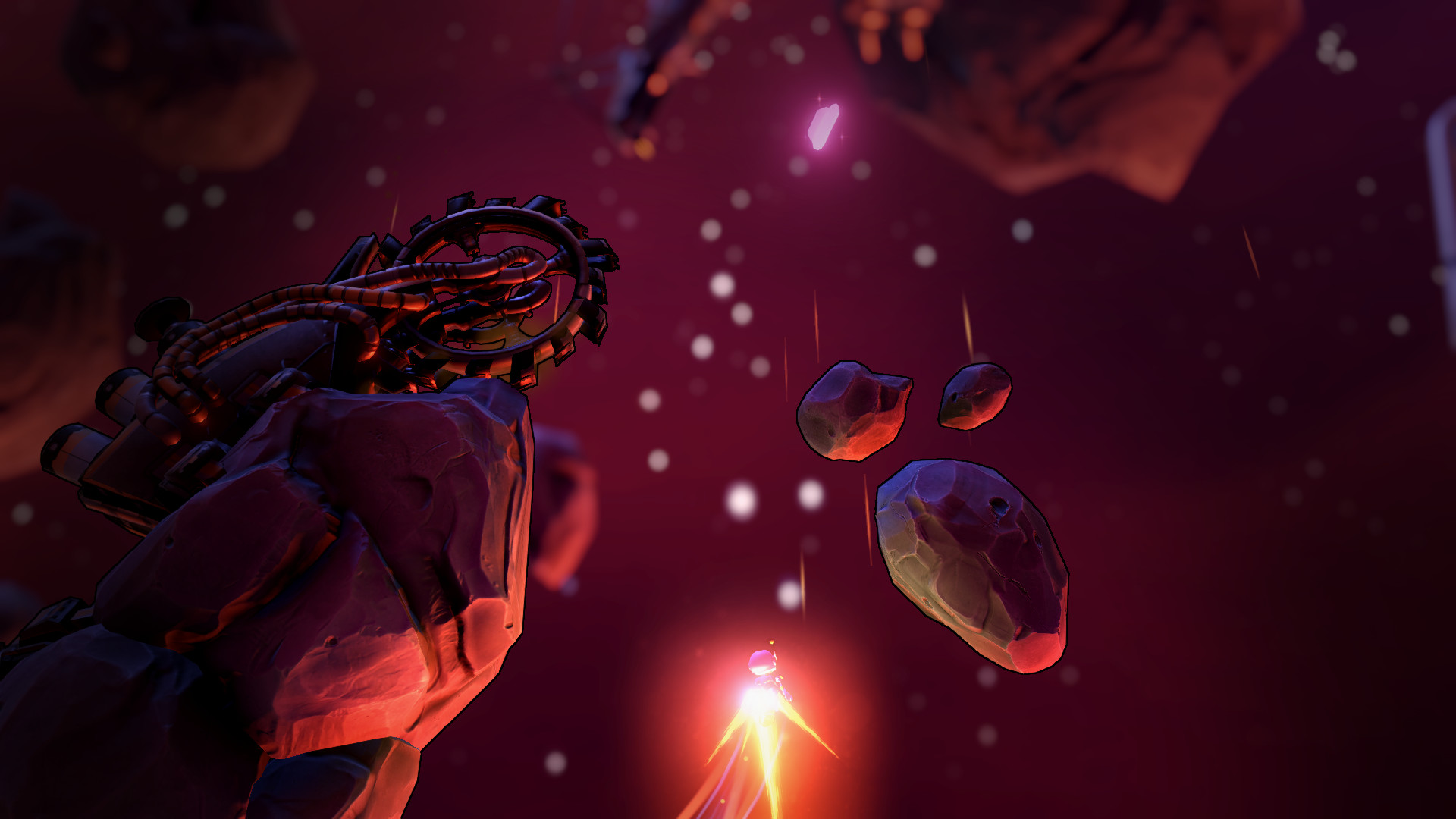 "I have a AAA art background and although Lost Orbit was a relatively simple game, I am looking forward to having even less boundaries to make beautiful games without having to spend the budget of a full AAA dev."

It great knowing you can pick up older games and just play them without having to worry about digging out your old consoles. Plus it allows developers to engage with their fans for a much longer time. Glad that’s a focus this time around!