People looking for new Metroidvania games to play have an embarrassment of riches to choose from these days, but this is the sort of genre where, no matter how crowded it is, if a promising looking new title crops up, you can’t help but take notice. Matte Black Studio’s LUCID is looking like a game that belongs in that group. From its gorgeous pixel art style to the unique way it approaches the Metroidvania structure, from how it seems to be taking cues from the likes of Metroid and Dark Souls to its world, which is looking like it has the makings of a fascinating setting, there’s plenty about LUCID that’s looking promising in these early stages. We recently spoke with the game’s developer and Matte Black Studio’s founder Eric Manahan about the game and what players should expect from it in all of those areas and more. You can read the full interview below. 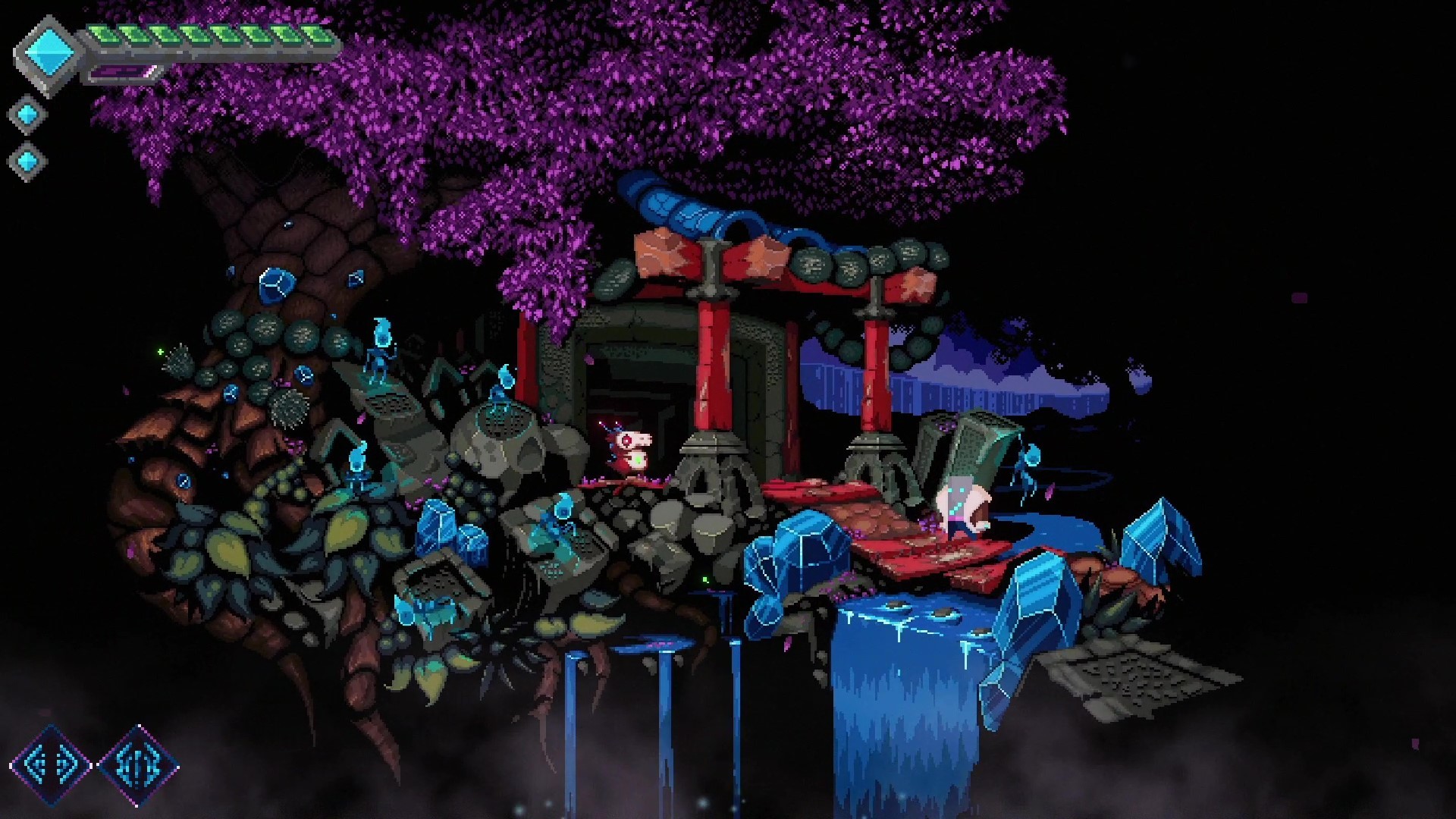 "I began practicing pixel art and animation as a hobby, and along comes a little game trailer for something called Hyper Light Drifter. Its wonderfully stylized new age pixel art was pushing the medium into a place I had never seen before. So of course, I began to emulate it."

LUCID sports a gorgeous art style that strongly evokes old-school sprite-based games. Can you talk us through the process of landing on this aesthetic for the game?

My first ever console was the SNES. My first ever game was The Legend of Zelda: A Link to the Past. From Mega Man X to Super Metroid, I grew up with and love pixel art. Fast forward to 2012—I’m going to college studying architecture, and late one night in my studio, I discover the Iconoclasts demo online. I was blown away that this beautiful pixel art game was being made by one person! This introduced me to the world of indie game development.

I began practicing pixel art and animation as a hobby, and along comes a little game trailer for something called Hyper Light Drifter. Its wonderfully stylized new age pixel art was pushing the medium into a place I had never seen before. So of course, I began to emulate it.

I continued to practice pixel art, but also began paying closer attention to animation. I would study the animations from a game called Duelysts and try to match their fluidity and dynamics.

Over time, my own style began to emerge—an eclectic amalgamation of old and new, with a desire for smooth and impactful animation.

Story and world-building seem like they’re going to be an important part of the experience in LUCID. How heavily will the game emphasize those aspects of its experience?

LUCID will have a vibrant world filled to the brim with endearing characters, rich story, and deep lore. I have been developing the LUCID mythos and universe for nearly a decade.and cannot wait to share it with everyone! Ever since I was a kid, I possessed an affinity for creation myths, mythology, folklore, and world-building a la Tolkien. Story is one of our oldest art forms and I couldn’t resist throwing my hat into the ring!

As for how LUCID aims to deliver this story, I am inspired by games like Dark Souls, Hollow Knight, and Super Metroid, with a dash of Legend of Zelda. The broad strokes of the story will be a part of the immediate game through cutscenes and events. But for those truly curious souls who enjoy fleshing out the world they occupy, item and bestiary descriptions will help fill in the blanks, alongside completing character side quests, talking with NPCs, and of course absorbing the environmental storytelling.

So LUCID will be less ambiguous and easier to digest than, say, a Dark Souls game, but will have a lot of content nestled away needing to be seeked out by the player. I believe devs need to be confident enough that their game is fun and engaging enough that the player will want to seek out their more tucked away content. 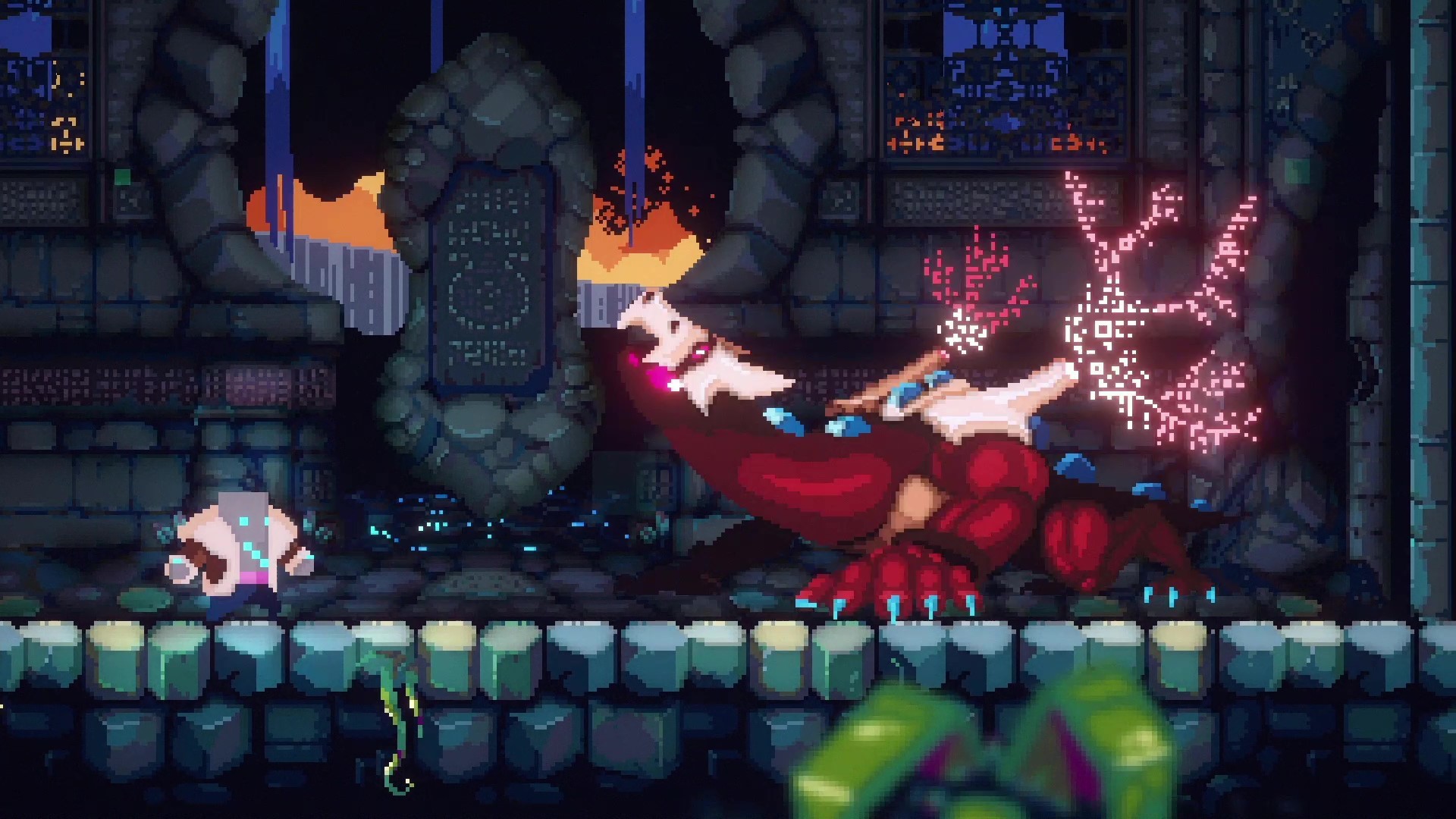 "I am inspired by games like Dark Souls, Hollow Knight, and Super Metroid, with a dash of Legend of Zelda. The broad strokes of the story will be a part of the immediate game through cutscenes and events."

LUCID’s world is looking very promising even from a gameplay perspective. What should players expect from it in terms of its size and environmental variety?

LUCID was designed from the beginning with environmental variety in mind. After the prologue, players can choose to venture into one of five diverse biomes, from the arid wastes of the Badlands to the wintry mountains of the Onyx Ridge.

Environmental storytelling is an invaluable tool in any game dev’s tool kit. LUCID aims to capitalize on every pixel it has to help tell and advance its story.

Being a Metroidvania, what has your approach been to designing LUCID’s world, especially in terms of how interconnected it is?

It is very important to me for the world to feel completely seamless and interconnected. Everything from the enemies to the environment must feel like it belongs and make sense within its context.

LUCID will have many secrets off the beaten path or hidden just out of reach, requiring a particular ability or Crystal Art, in classic Metroidvania fashion. This doesn’t mean backtracking, in a traditional sense, will be required. LUCID is played with the player’s choice in mind. Similar to classic Mega Man games, the player can decide what stage or biome to tackle first. The player chooses where they would like to go, what story to unravel, what problems to solve, in what order they like. In doing so, they are sure to see a path just out of reach, and later remember they now have the power to get there! But without spoiling too much, LUCID is built in such a way to mitigate “backtracking” by way of storytelling.

LUCID is promising tight, precision platforming and combat inspired by the classics. Can you talk more about that, and how that will expand throughout the experience as players acquire more abilities?

Each of the abilities (Crystal Arts) the player acquires will not only enhance combat, but expand mobility. As players become more comfortable using their abilities in tandem and swapping Crystal Arts on the fly, they will discover potent combinations that are required to conquer LUCID’s movement and platforming.

What can you tell us about Crystal Arts and the impact they will have on the way the game is played? How much will Crystal Arts differ from each other in terms of what they offer?

Each Crystal Art offers new options to players both in and out of combat, and finding your favorite one and upgrading its capabilities through Altars and with equipment is one of the most important aspects of playing LUCID. Each one is completely unique in its mechanics, and will offer a vast amount of replayability, depending on which Arts you acquire and upgrade first. Certain enemies and bosses are taken down easier with the correct Crystal Art for the job. This isn’t a “deal 2x damage” scenario, but more like, “that ceiling-crawling boss sure looks like it would want a Crystal Spear in its eye.” 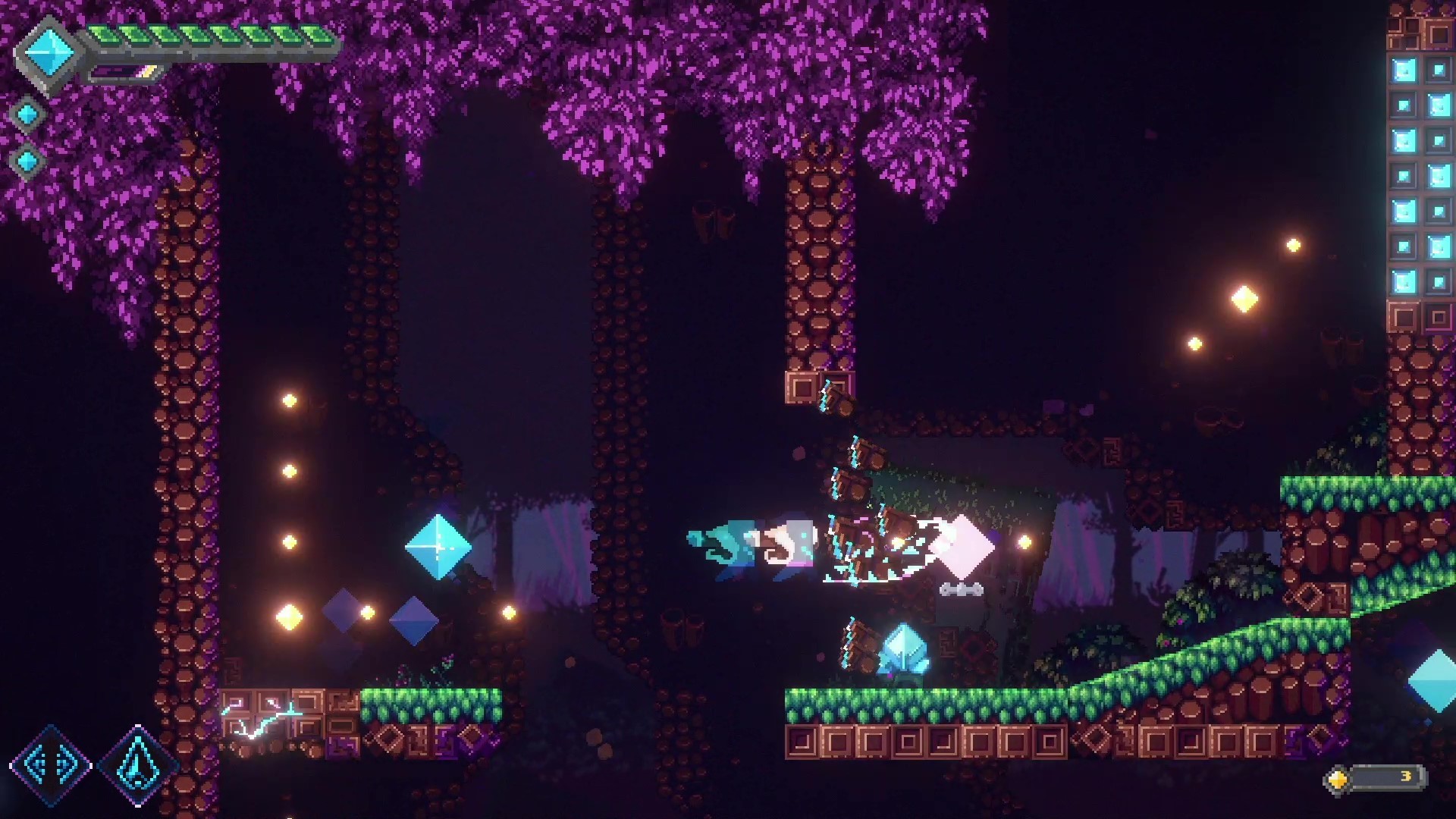 "LUCID will have many secrets off the beaten path or hidden just out of reach, requiring a particular ability or Crystal Art, in classic Metroidvania fashion. This doesn’t mean backtracking, in a traditional sense, will be required. LUCID is played with the player’s choice in mind. Similar to classic Mega Man games, the player can decide what stage or biome to tackle first."

What should players expect from the game where enemies and bosses are concerned, especially in terms of design and variety?

Creating an enormous roster of enemies is paramount; it’s the only way to truly test players’ builds and mettle. There are dozens of enemy types in LUCID, each carefully placed and balanced for maximum effect. Players will learn both from experience and from their personal bestiaries how best to dispatch the foes they face.

What has your approach to difficulty and accessibility been in LUCID?

LUCID is designed to be easy to pick up and challenging to master. There aren’t any traditional difficulty options as such, though players will learn that certain abilities, upgraded or in combination, will significantly mitigate the difficulty. Conversely, players can elect to avail themselves of only the bare minimum and challenge themselves to conquer LUCID at its most difficult.

Roughly how long will an average playthrough of LUCID be?

I’m aiming for a scope akin to Hollow Knight, but time will tell!