Funomena’s Luna may not have launched to much fanfare on PC in 2017, but those who did play it came away really impressed. With vivid imagery and an effective method of interactive storytelling, it’s a game that’s well worth experiencing, especially for fans of the genre. It’s not also available on several VR platforms, including PS4, and recently, we sent across a few of our questions about the game to the development team. Read our conversation below. 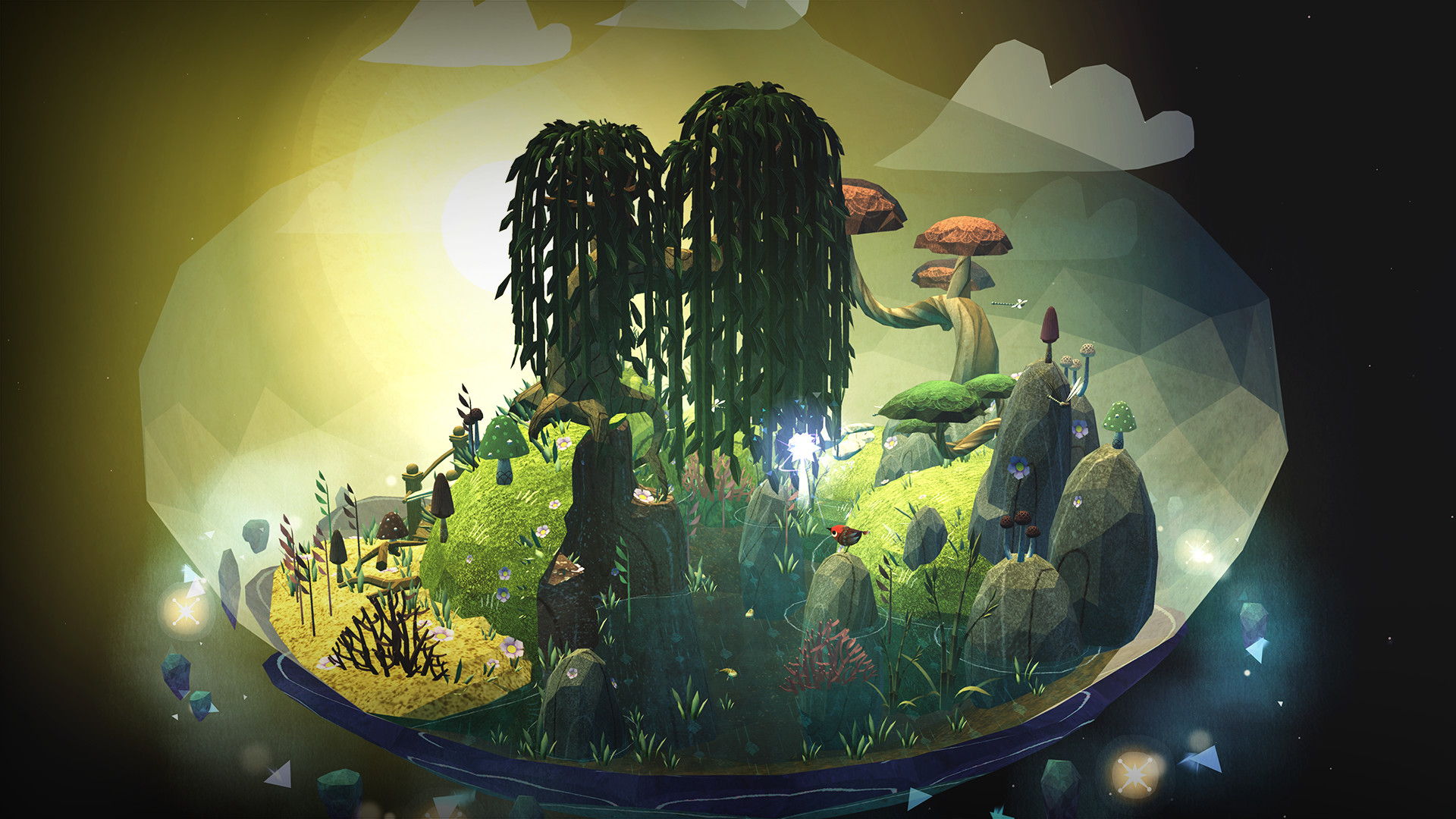 "The experience of the team and the notable games some of us had worked on prior definitely helped in building out an experimental, nonviolent game design. The lessons we learned working on games that primarily evoke strong emotional responses helped center in on the mechanics of Luna’s themes of introspective, but shared healing."

The originality of Luna’s concept and premise is something that has often been brought up since the game’s original PC launch. Can you talk to us a bit about the process of that conceptualization? Were there any particular stories or experiences across any medium that influenced you?

The concept for Luna was an idea that Robin, our CEO and lead designer, had been developing for many years. She wanted to make a game that encouraged reflecting on and letting go of negative experiences. The mechanics of this idea were originally inspired by origami, in which the artist must follow complicated folds and create something new without adding to or damaging the original sheet of paper. Simulating paper folding in 3D turned out to be very computationally demanding, so the mechanic evolved into untangling constellations which had a similarly relaxing feeling. The team stuck with the papercraft aesthetic but developed other thoughtful creative activities for the game like gardening. Ultimately what brought the game together was building delightful sensory feedback into all the game’s interactions to cultivate a sense of discovery and wonder.

Your team boasts talent that has worked on some excellent games in the past, like Journey and Flower. Were there any lessons in particular that you took from any of those games and applied to Luna’s development?

The experience of the team and the notable games some of us had worked on prior definitely helped in building out an experimental, nonviolent game design. The lessons we learned working on games that primarily evoke strong emotional responses helped center in on the mechanics of Luna’s themes of introspective, but shared healing. This was also many on the team’s first professional game release, and the perspective of new voices also helped create a game that was wholly unique.

What was the process of visualizaing and deciding upon the game’s visual aesthetic, which seems like one of its most important and striking aspects?

A lot of the style is pulled from our art director Glenn Hernandez’s work. Bringing it into VR was a challenge because his work for Luna was very stylized and graphic, so we tried various 3D methods to see what could bring the heart of his look into 3D and also create a fun VR experience. 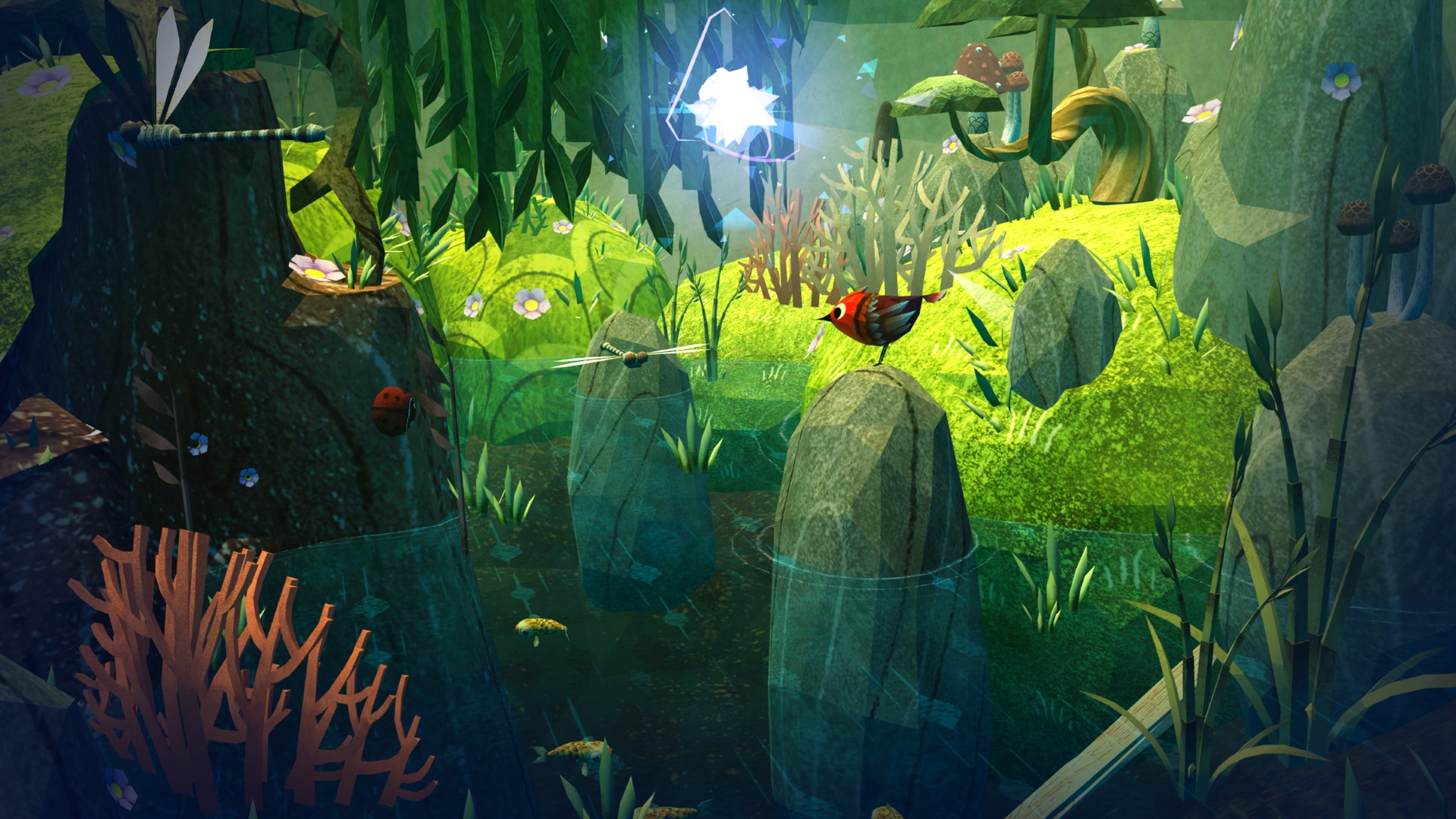 "While Luna was primarily designed as a VR experience, we also released a 2D version for PC and the PS4 version will include both as one title."

Can you talk to us a bit about the puzzle design in Luna?

The puzzle design is meant to be relaxing and meditative, rather than create a serious challenge. The player untangles knots in the constellations to unscramble Bird’s memories of their world. Mechanically it is meant to represent processing negative experiences from your past, to make sense of them and move forward. The player can then bring those reconstructed objects into the gardening levels to heal the world.

Can you briefly talk to us about the narrative premise of the game? How much of a focus does the game place on its the story?

Luna is a fable which follows a Bird, an Owl and the Moon. Owl has fallen in love with the beauty of Moon and wants to bring them to Earth. Owl does this by tricking several animals into eating a piece of Moon, convincing them that their personal issues can be ignored and solved with this one remedy. Bird eats the last piece of Moon, realizes this was a mistake, and goes on a journey to put each piece back into the night sky. Bird does this by singing to the other animals to communicate, and helping them share their feelings. The narrative was left a little bit interpretive to allow players to connect the themes to their own experience, and the game dips back and forth between story and gameplay. The new voiceover narration and gameplay tweaks coming in the PS4 release and Storybook Update to the existing releases of the game enhances it by providing more context

Is Luna the kind of game you can’t imagine as anything but a VR experience, or is there the possibility that we might see it on Xbox One or Switch eventually?

While Luna was primarily designed as a VR experience, we also released a 2D version for PC and the PS4 version will include both as one title. There is a distinct difference between interacting with the environments in VR with motion controls and using a mouse or gamepad, but it is enjoyable either way. We love working in VR and it does lend something special to the game, but we don’t want to limit access to the experience only to VR players. We are considering bringing the game to more platforms but can’t make any announcements yet. 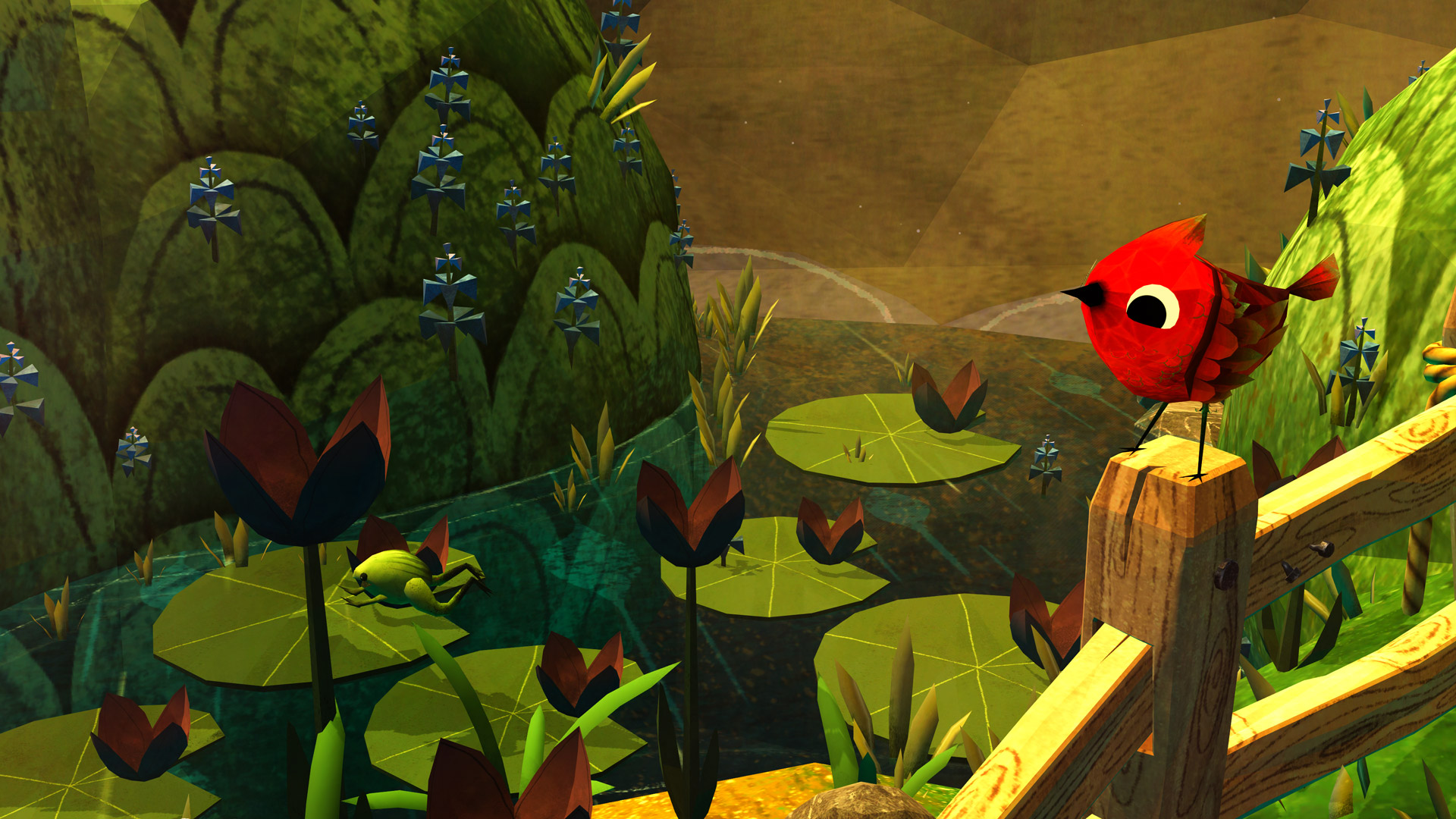 Are you taking advantage of the PS4 Pro’s extra power to deliver better visuals or performance? If yes, then in what ways?

Yes, playing the game on the PS4 Pro will have some slight visual improvements, we’re able to use more particle effects and lighting. They’re additions for extra flair on the more powerful console, but it won’t look radically different and our stylized aesthetic helps the game present well regardless of hardware.