Everything you need to know about Madden NFL 19.

Madden NFL 19 is the next instalment in EA Sport’s long-running American football simulation series. Notably, for the first time in over a decade since Madden NFL 08 in 2007, the game will be launching on PC as well. With improvements to player movements and a number of new additions, EA Sports are aiming for an experience that is more optimized and authentic than ever before.

Being the next instalment in an annual sports franchise, Madden NFL 19 obviously has a shorter development cycle than most games of other genres you would see, and the changes we’re going to see in the game will be mostly incremental. This time around, EA Sports have placed a focus on more realistic player movements, which they’re calling “real player motions”, to add authenticity and more fidelity to the moment-to-moment gameplay, which should see improvements in things such as physics, runs, pushes, cuts, and more. EA Sports’ primary focus is on giving players more control over movement than in previous instalments.

Notably, the series will also be launching on PC, after more than a decade of being absent on the platform. The last Madden game to launch on PC was Madden NFL 08 back in 2007, but EA announced at their E3 press conference in 2018 that Madden NFL 19 will be launching on PC as well. However, the game won’t be releasing on the Nintendo Switch. In light of EA Sports’ other major sports simulation franchise, FIFA, having lent its support to the Nintendo system, some people had expected that Madden NFL would be doing the same. However, that is not the case. 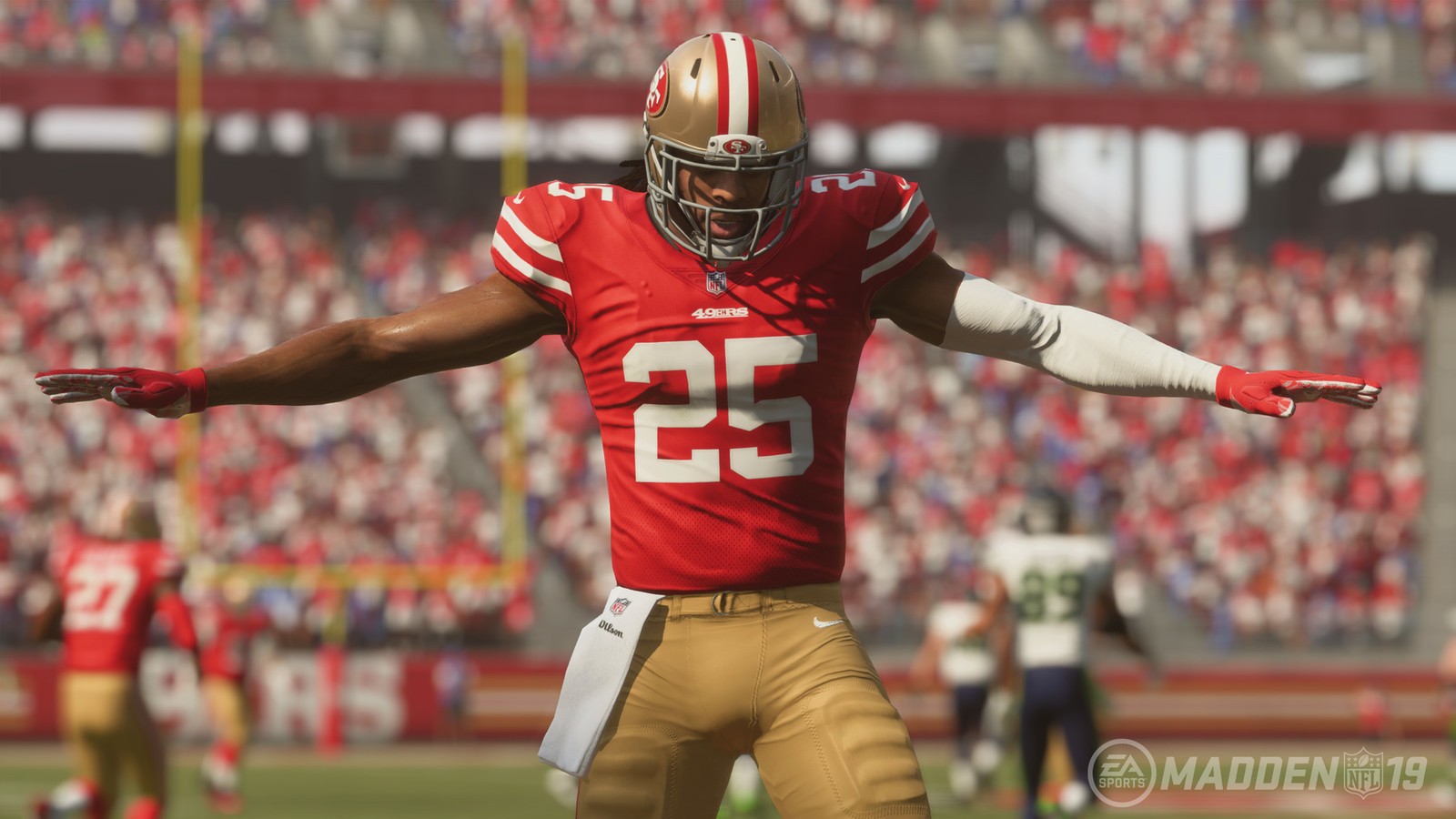 Longshot, which was a single player story driven campaign introduced by EA Sports in Madden NFL 18, will be returning for a second season in this year’s instalment as well. Just like last year, Longshot will focus on the characters Devin Wade and Colt Cruise, and continue their stories. However, EA Sports have promised that this year’s campaign will have a much greater focus on actual football gameplay and NFL-related events. In fact, EA Sports claims that this year’s Longshot will have four times the amount of gameplay than what we saw last year.

In the second season of Longshot, Devin Wade will continue his upward trajectory in his career in the NFL after breaking through last year. He will join the training camp of the Dallas Cowboys, and players will get to see his journey as he looks to establish himself as a known quantity in NFL. In contrast, Colt Cruise’s story will focus a little bit more on off-field narrative, as he looks for another chance to prove himself in the NFL, while constantly trying to balance his ambitions with real life obligations that keep pulling him away. Not much else is known about Longshot at this point. 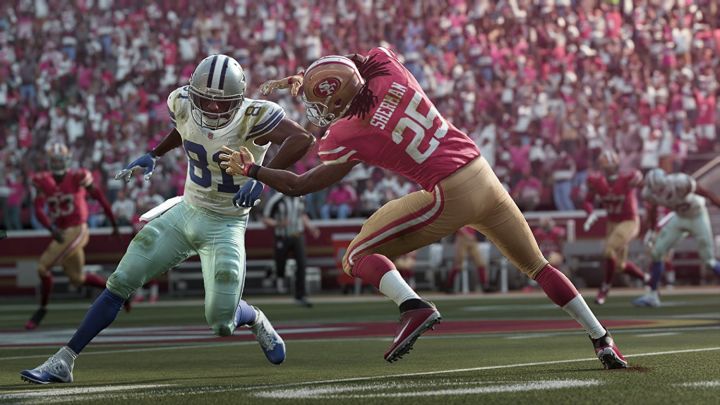 The one feature that EA Sports are perhaps talking about more than any other in this year’s instalment is “Real Player Motions”. The purpose of this is to provide players with greater control over the movement of the on-pitch action, paving the way for more responsiveness, while also adding greater personality to the players on the pitch through more authentic and realistic looking movements. Real Player Motion Technology will allow players to do several things, such as allowing players to push blockers while making runs to give them that extra yard, or making more realistic cut-ups after catches.

As an extension of that, the new feature “One Cut” will allow players to make more realistic cut ups and allow them to make more realistic runs, thanks to more authentic movements, while “Push the Pile” will help players make pushes at the line of scrimmage to provide them with extra yards to aid with runs in tight situations. Then there’s “Hit the Hole”, which will allow the AI to read and identify gaps in defences better than before, hence allowing them make better runs through these gaps. “Zone Coverage AI” is also an important new addition, and a feature that has been requested by players for some time now. This will help upgrade the AI and make it more adept while playing zone coverage on defence. Combined, these features should make for an experience with more tactical depth on the field. 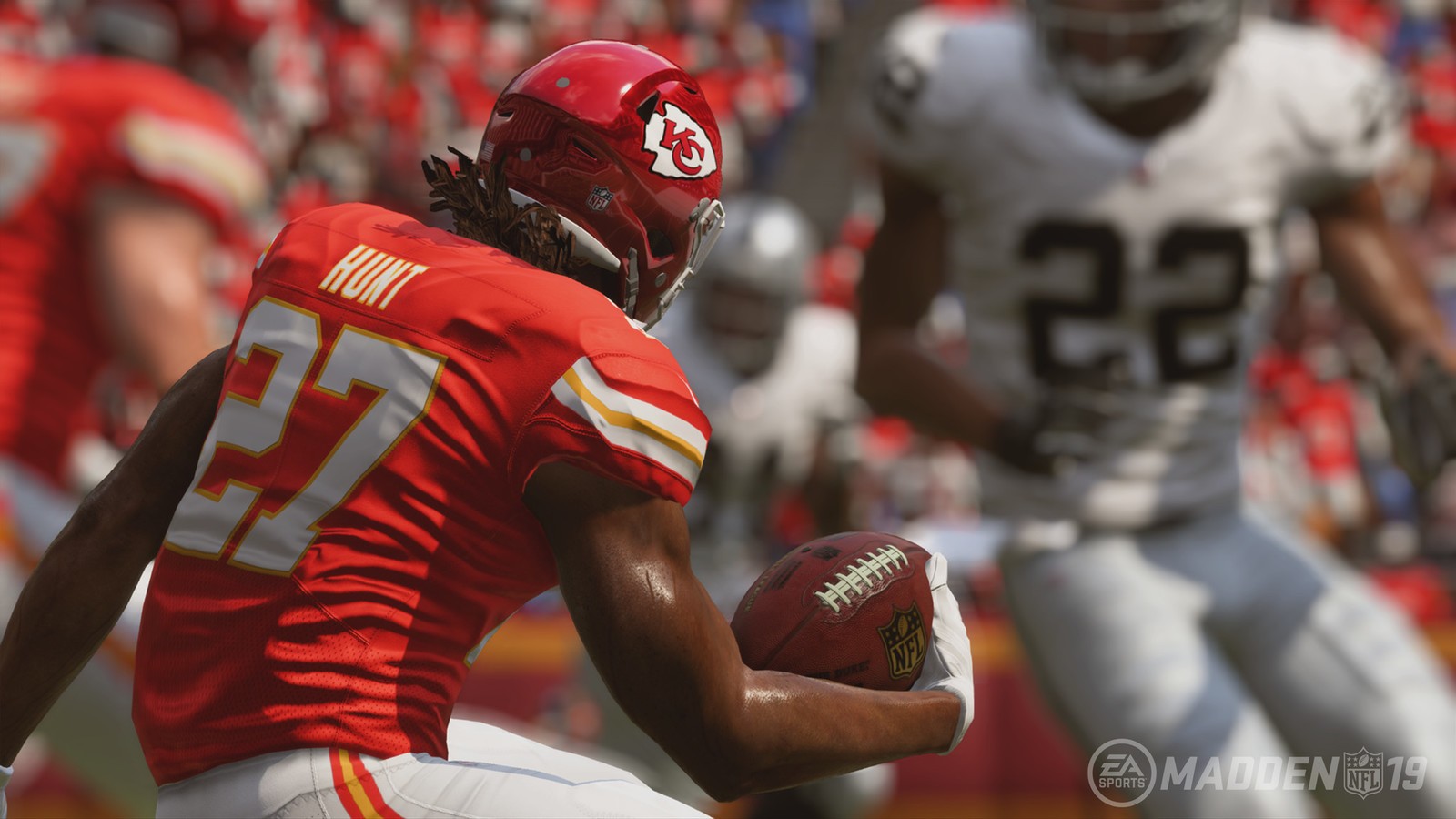 The development team at EA Sports is also introducing some new additions to the already existing game modes in Madden NFL. We’ve already spoken about the basic structure of Longshot, the story-driven campaign, in the Story section of this wiki, but there are going to be a few additions to the mode as well. Players will also be able to take control of Longshot’s main characters Devin Wade and Colt Cruise outside of the mode. For one, you can now control them in Connected Franchise Mode, which will see Wade trying to achieve Super Bowl glory, while Cruise will be attempting to lead his high school football team to success. Both players will, of course, also be available in Ultimate Team.

Speaking of Ultimate Team, on top of the experience you might already be familiar with (and chances are, if you play Madden regularly, you are), the mode will also feature three vs three online matches this time around. On top of that, if you want to experience Ultimate Team without all of its online trappings, you can do that now through Solo Battle, which will be driven by leaderboards instead, and rate your performances based on completion (or non-completion, as the case may be) of daily single player challenges.

Then there’s the Franchise Mode, which makes a return in Madden NFL 19. Franchise Mode will let players choose offensive or defensive play styles as per their preferences or requirements, and will span both multiplayer and single player matches, where you will then be able to put your chosen tactics to the test. EA Sports have also stated that the schemes you choose will be linked to a new progression system that will be based on authentic positioning. The aim of this mode is to let you choose which you want to prioritize- short term success, or planning for long term glory. Franchise Mode will, notable, also include a custom draft class creator, which will allow you to create your own draft classes from both past and present players included in the game’s roster.