Majesty 2 was a great game. Yes, it did have a lot of flaws, some which could definitely could not be overlooked, but it was a great game nonetheless. Majesty 2: Battles of Ardania, the expansion pack of the aforementioned game, tries to recreate the same experience. Does it succeed? Let’s find out in this review. The best thing about BoA is probably its learning curve. Battles of Ardania has been structured, at its core, like a typical Real Time Strategy game, with elements similar to games ranging from Warcraft to Age of Empires. However, Majesty 2: BoA is not half as harsh and unforgiving as the aforementioned games are. These games- AoE and Warcraft- have been designed to cater to the needs of the long-time, hardcore RTS fans. Battles of Ardania, however, is not half as tough. It has a very welcome feel to it, encouraging newcomers to the genre to play more, always teaching them one thing at a time, never making the game too difficult.

This does not mean that hardcore RTS fans will want to stay away from BoA. The game is deep and complex enough for the genre fans to appreciate and enjoy. However, the difficulty can get a bit too easy sometimes, especially in the beginning levels. This can put off some serious gamers.

For example, the resources in Majesty 2: Battles of Ardania come in much more easily than other RTS games, even the original Majesty 2. You just need to have people to tax, marketplaces to build your economy, and trade posts so that trade can flourish. This makes the resources thingie a bit too easy, and your cash reserves take serious hikes at regular intervals. This can allow you to keep numerous Lords (super-powerful soldiers) at a time, which can make battles a tad too easy,

Higher cash reserves means that building your fantasy empire becomes much easier. A larger army, more area ruled by you and thousands of buildings means more residents, which means even more money coming in from tax and trade, and sometimes you end up with so much money, that you simply cannot think of how to spend even half of it. 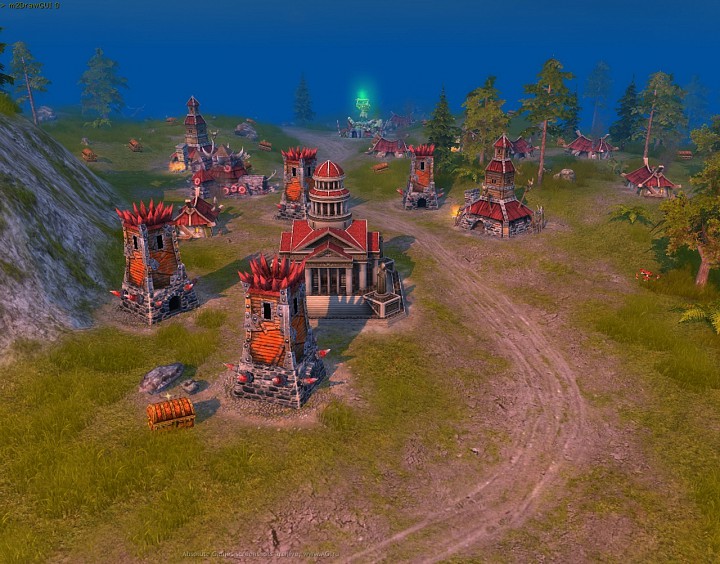 The depth and many layers of gameplay, however, more than make up for the lack of challenge in this game. Quests which ask of you to merge with races such as Dwarves and Elves, or with a certain group that can give a boost of certain powers to your enemies are extremely fun. Basically, each quest is structured quite similarly: you start out with a handful of peasants and residents, build your empire, expand it to overrun other empires in the area, until you complete your objective, upon which the next quest is triggered.

Though this can get a bit monotonous sometimes, it still provides for a decent, fun experience.

Graphically, the game is quite up to the mark, at least enough so, so that it doesn’t look terrible at least. The environments are nicely detailed, though if you zoom in too much, you are bound to see a lot of pixelisation. The sound, though, is on the bad side, with you almost always hearing the same comments from the people of you kingdom and the same soundtracks playing in the background. 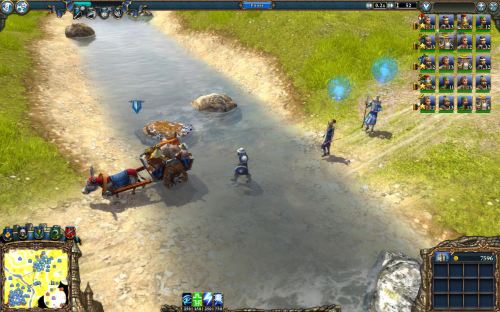 Ultimately, how good is Battles of Ardania? It’s good enough for you to make the purchase, but remember you need to have the original Majesty 2 to play BoA. The game has a few flaws of its own, that may detract from the overall experience, but the game is still fun and deep enough for any hardcore RTS fan to pick up.

Graphical glitches and frame-rate stutters; Sound is not quite up to the mark; Can get too easy sometimes

Final Verdict:
SUPERB
Battles of Ardania is a decent expansion pack of an addictive Real Time Strategy game.
A copy of this game was provided by Developer/Publisher/Distributor/PR Agency for review purposes. Click here to know more about our Reviews Policy.