Mario and Luigi return to the RPG genre to give the role-playing experience the 3DS needs.

Mario is better known for collecting stars and playing golf than for taking part in turn-based battles but, aside from a minor hiccup in the frustrating Partners in Time, the Mario RPGs have all been modern classics. With the recent Paper Mario on 3DS retarding the Paper Mario series even further, it’s up to the Mario and Luigi duo to give you the 3DS RPG you’ve been waiting for.

Dream Team begins with the Mushroom Kingdom’s royal party getting invited to the recently opened Pi’ilo Island resort. Once there, Mario and Luigi wind up unearthing a ancient race of pillow people trapped on the island, along with the evil that snared them there in the first place. It’s a standard story of Mario kicking the snot out of bad dudes. All the Mario bros. staples get a look in, and the narrative is laced with the sense of humour one has come to expect from the series. It’s all fairly silly, but it never fails to raise a smile. 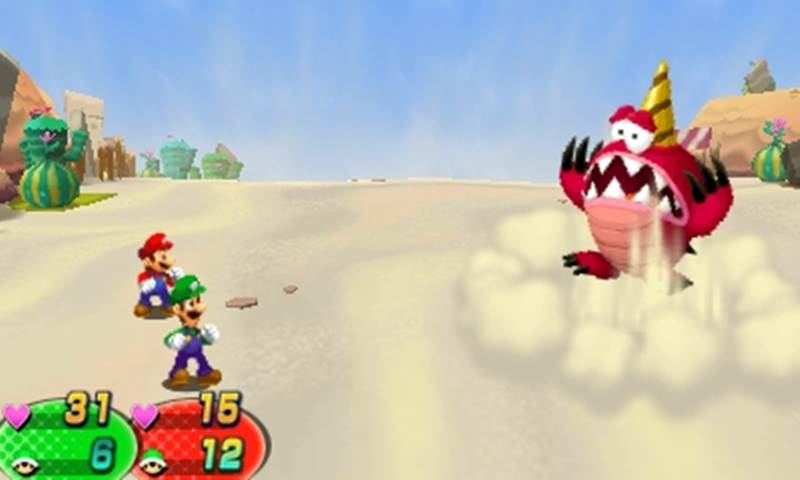 The big gameplay alteration over previous Mario RPGs is the eponymous dream stages. In order to rescue the Pi’ilo folk who remain trapped in the dream world, Luigi must create gates into his dreams that Mario can travel to. This changes up the exploration as, whilst the usual hammer and jump puzzles are present in the familiar isometric landscapes that constitute the real world, the 2D dreamscapes offer different challenges.

"The dream world marks a different set of battle tactics too. Whilst combat in the real world is fairly similar to the previous games in the sub-series, Mario is the only combatant in the dream world, with Luigi merely powering up his moves. "

Mario is accompanied by Luigi’s dream-self and, as Dream Luigi is one with the dream landscapes, Luigi is capable of taking control of various parts of the dream. Unable to distort his surroundings whilst in the dream though, the player must intervene by manipulating the real Luigi’s sleeping body. Luigi lies dormant on the bottom screen, and players must tweak, rub and otherwise manipulate his face in order to progress in the dream. It’s a great mechanic for puzzles, one that is used to full effect throughout.

The dream world marks a different set of battle tactics too. Whilst combat in the real world is fairly similar to the previous games in the sub-series, Mario is the only combatant in the dream world, with Luigi merely powering up his moves. It makes for a slightly different flow of battle that helps keep things fresh. Small tweaks are present in the real world battles as well, with many of the QTE attacks and defences now requiring movement with the circle pad. Couple in new special moves that use stereoscopic 3D and the system gyroscope and you have a game that really harnesses the power of Nintendo’s handheld. 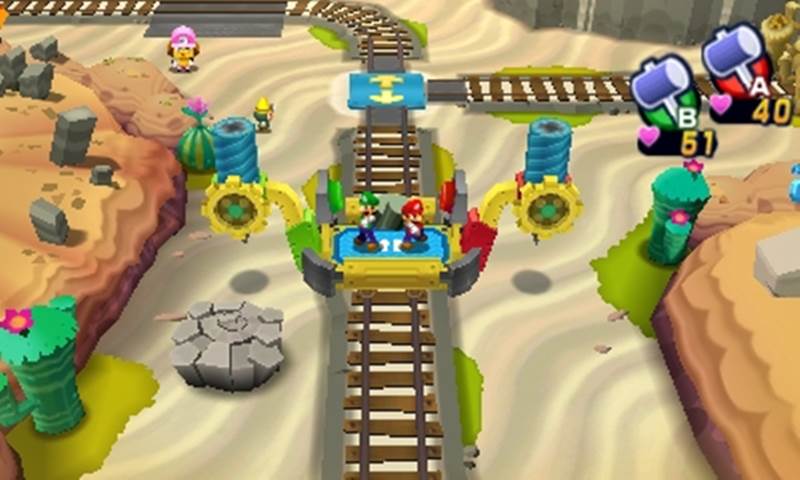 Outside of combat, there is an unmitigated delight in exploring Pi’ilo Island. A multitude of hidden secrets and fun puzzles keep you on your toes. The only thing missing is the notion of customisation in battle. Badges make a return from Bowser’s Inside Story, offering you up to 36 two badge combinations that can grant you special powers in battle.

"Mario and Luigi: Dream Team Bros. is much like the previous Mario RPGs on GBA and DS; part RPG, part puzzle platformer and 100% awesome. "

These certainly offer you tactical options, but they take too long to charge to truly become a staple of combat, and the lack of regular gear upgrades and equipment shops often means you have little customisation options for the Mario brothers.

This isn’t to say Dream Team Bros. is a repetitive game. It offers a huge amount of content on its tiny cartridge, with the shift between real world and dream settings lending the game an engaging variety. It isn’t quite this way from the beginning. New powers and abilities are granted at a slow pace, and a large degree of hand-holding and patronising tutorials stand between you and the more engaging game mechanics introduced later on. Some of the tutorials can be skipped, but many of them are, unfortunately, mandatory. It doesn’t take long for the game to really take off, but this slow opening hacks away at an otherwise excellent pacing. 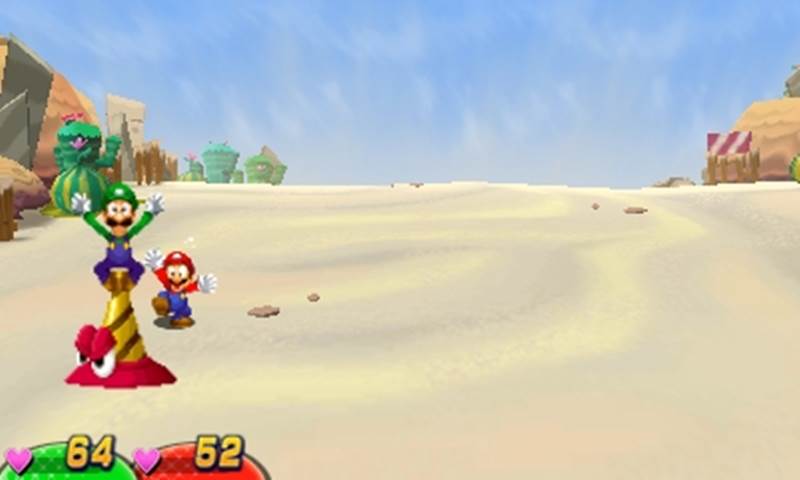 Though the move to Pi’ilo Island promises exotic locales, they aren’t quite up to the standard of the original Mario and Luigi Superstar Saga or the masterful Paper Mario 1 and 2. Still, though the location design may not be the most original, the overall visual polish on Dream Team Bros. is immaculate. The 3DS hardware is put to perfect use with polished sprites, endearing animations and a tasteful use of stereoscopic 3D that is tied to relevant gameplay ideas.

Mario and Luigi: Dream Team Bros. is much like the previous Mario RPGs on GBA and DS; part RPG, part puzzle platformer and 100% awesome. Dream Team doesn’t disappoint and, though it will no doubt be left out of the mainstream hype as its prequels were, those with good taste will find themselves entranced by Mario and Luigi’s latest handheld adventure.

Builds up slowly, Offers too much hand-holding, Not much customisation

Mario and Luigi return in one of their best RPGs yet. Dream Team Bros. delivers fantastic new ideas and uses the 3DS hardware with flair.

A copy of this game was provided by developer/publisher for review purposes. Click here to know more about our Reviews Policy.
Tagged With: 3DS, Mario and Luigi: Dream Team Bros., Nintendo