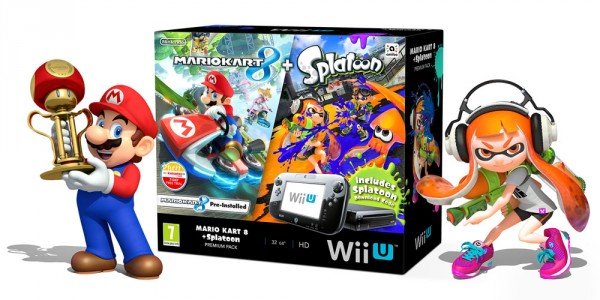 Nintendo is joining the bundles parade too this holiday season. Their throw of the gauntlet? Bundling two of the best and most popular Wii U games together with the console, for just the price of £239.99. That’s right, starting October 30, people on the market shopping for a new Wii U have the chance of also scoring two of the best games on the system alongside it- both, Mario Kart 8 and Splatoon will be bundled with the Wii U for this holiday season.

Mario Kart 8 will come pre-installed on the system, while Splatoon can be downloaded via a download voucher that will be included. The Wii U console in question will be a black Premium Wii U SKU, which comes with 32GB of storage space on board. Splatoon and Mario Kart 8 are both lightweight games, so you should have a good ~20GB on hand even after you download and install both.

Now let’s hope this bundle comes over to North America as well.