Filip Kraucher, producer at FiolaSoft Studio, speaks with GamingBolt about upcoming shooter Matcho and what sets it apart from the crowd.

In a genre as crowded as shooters, new games pretty much have to stand out in some way or another to be able to grab attention. FiolaSoft Studio’s upcoming FPS Matcho seems to understand that pretty well, because on top of making movement and parkour a key part of the gameplay, it’s also making a unique match-3 concept its central mechanic, for combat in particular. We recently reached out to the game’s developers to learn more about what players can expect from it, and learned some intriguing details about it in the process. Below, you can read our interview with producer Filip Kraucher. 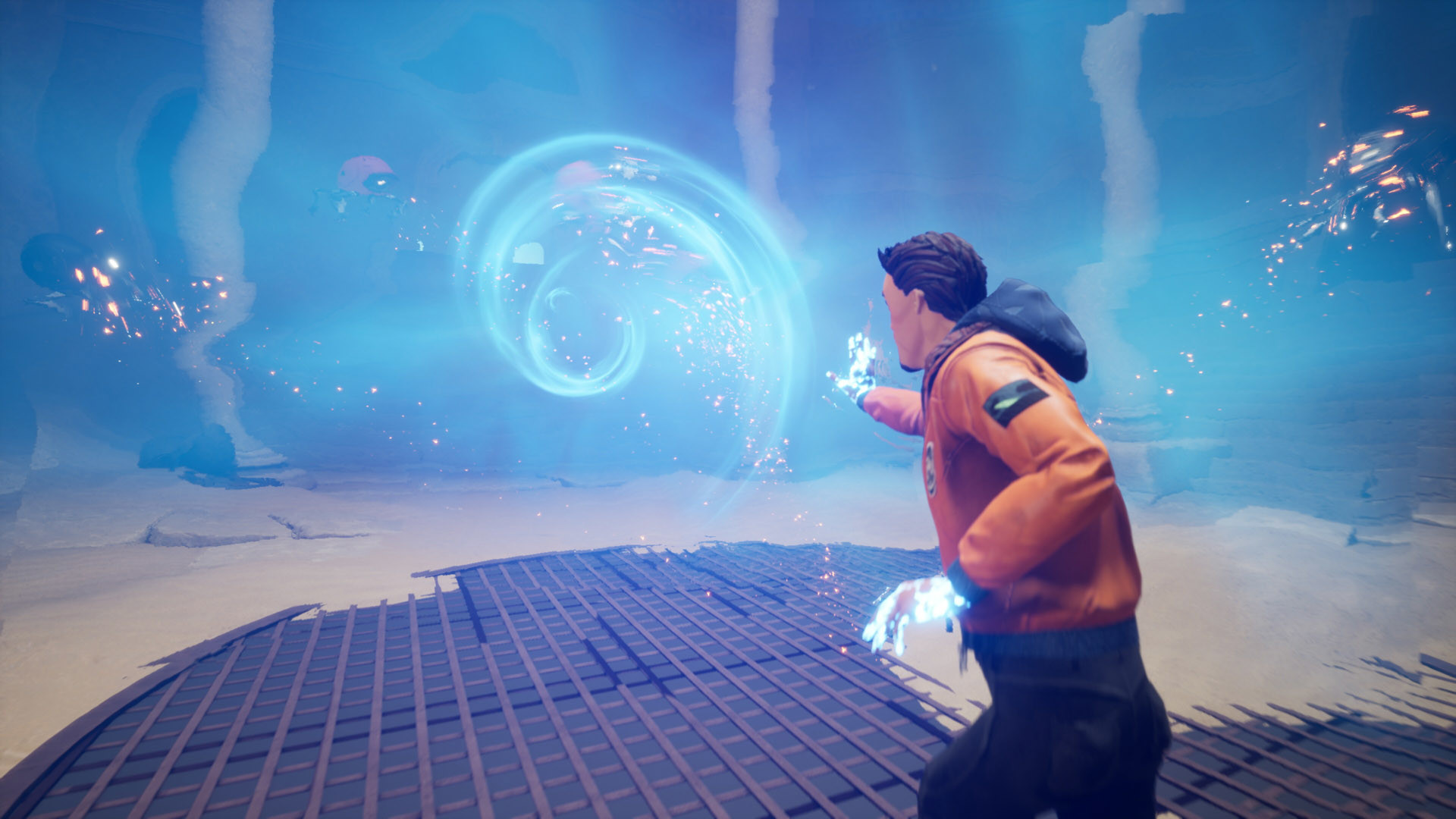 "Someone could argue that some shooters combine enemies with other weak spots or that you need to manage your ammo and weapons, but in our game, the core mechanic of shooting is relatively simple; you start to think more about groups of enemies and how to benefit from that."

The market, as always, is flooded with shooters, but Matcho is going for something very different with its match-3 shooting hook. Can you talk about how that functions and how it changes up the moment-to-moment combat?

Since the basic mechanic forces players to tag at least three enemies of the same color in quick succession, it makes you think about planning your moves and being aware of the enemy’s position differently than a traditional shooter would. Someone could argue that some shooters combine enemies with other weak spots or that you need to manage your ammo and weapons, but in our game, the core mechanic of shooting is relatively simple; you start to think more about groups of enemies and how to benefit from that.

However, we are still pairing that with the traditional design you know from other shooters – traversal, knowing when to keep distance from enemies, quick decisions. We’ve noticed that when players play our game, after some time, they can get into the flow – we are giving players a lot of power (movement skills, ability to shoot quickly) so they can feel “powerful” as they perform elegant combos and feel like when you get in the flow in traditional match-3 games.

How radically will players’ choices affect the game’s story and how it progresses? How much will the game’s multiple endings differ from each other?

Yes, the game has multiple endings, and the script has a solid end. It will differ based on your decisions throughout the game. We are not making indications, though, so unlike the Life is Strange decisions, where the screen is frozen, and it’s highlighted that THIS answer affects anything, in our game, you can only get just the “feeling.”

It is also important to note that our target is not to make the story with tons of choices and multiple outcomes. We want to give the player the power over some decisions, which will define fate for Max, his friends, and the rest of the world. And it’s not the semaphore or left/right decision. It’s important to know that even though the game has these features, the most significant emphasis is still the combat system based on match-3 and FPS merge. We feel those non-linear choices in the story additionally provide funny complexity, but it’s not our main selling point.

When we developed a combat system, we also wanted to feel free. Giving the player freedom of movement was a step toward better tactics opportunities. When you can shoot & match a lot of alien bugs, it’s great that you can also blink/dash in any direction you like, using the double jump or wall-running. Player needs to feel free in the arenas, and it’s so much fun when you can fly around and create massive combos chained together. That’s why we focused so much on it too. It just makes fighting better.

Given Matcho’s parkour mechanics, what can you tell us about how that has impacted your approach to designing the game’s levels?

What we searched after we developed a prototype of the game is how to divide action blocks into proper pacing. We love platformers, and this is our opportunity to create our 3D platformer with a great combat system on top of it. It’s the supplement to the fight system and adventure story. It’s a cool concept to chain parkour movement with power-ups and match-3 combat. 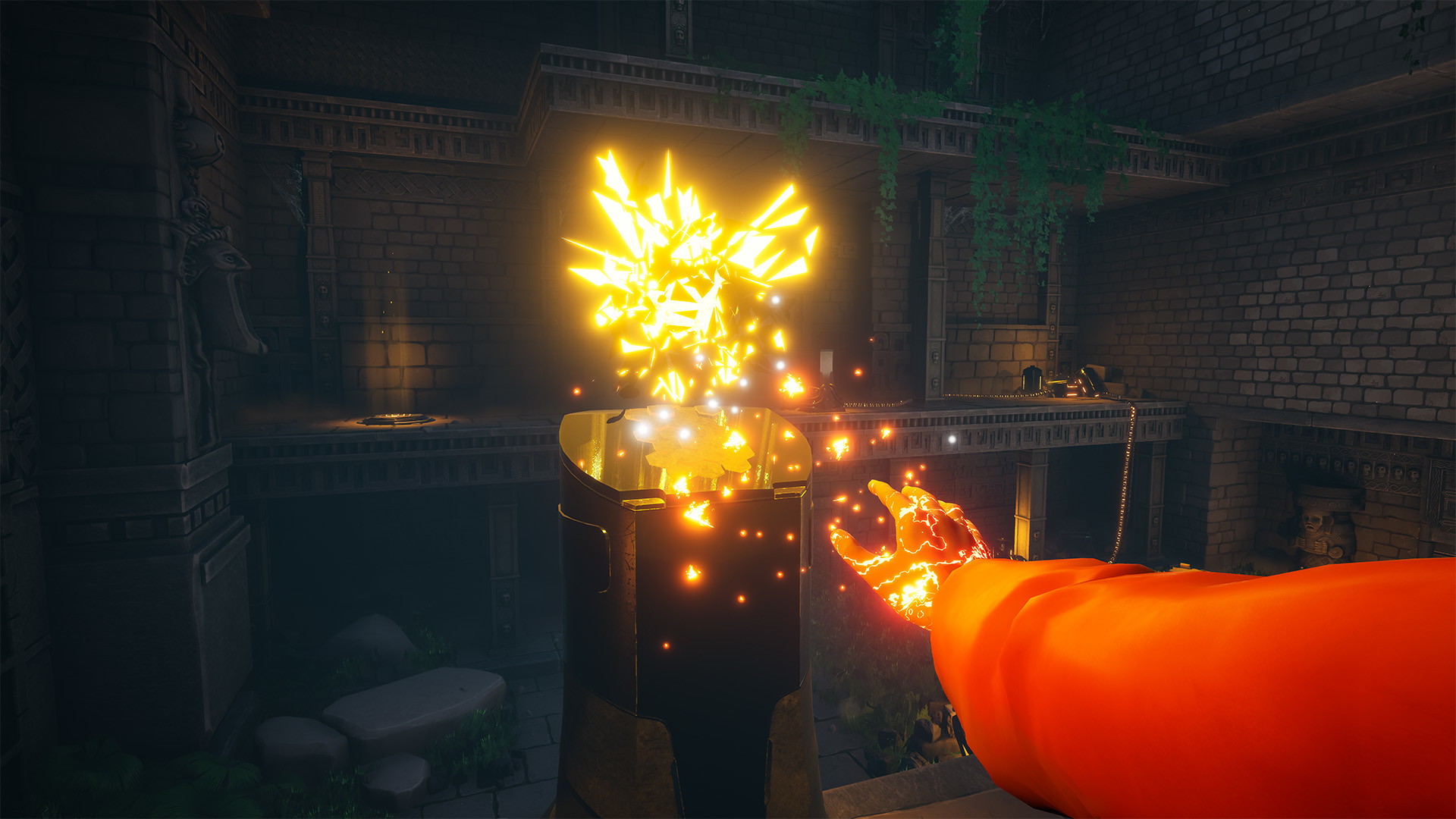 "When we developed a combat system, we also wanted to feel free. Giving the player freedom of movement was a step toward better tactics opportunities."

What’s the progression system in Matcho like? Will players be able to expand upon their combat and movement abilities in several ways while progressing through the game?

In Matcho, we have a single-player campaign mode and an endless mode. They both approach this differently – in the campaign, you’re going to unlock abilities as you progress; new skills and mechanics will be introduced the further you get. In Endless, we’re giving players a bit more freedom by letting them choose skills from a skill tree. That way, we can still control the order in which players unlock some skills, but players can focus on skills that fit their playstyle. Ultimately, we want everyone to be able to play the game with all skills unlocked, as that’s when we feel the endless mode truly unlocks its full potential.

With its focus on multiple characters and non-linear stories, how much of an emphasis does Matcho put on its storytelling from beginning to end?

To be entirely fair, the game’s narrative is linear. So, the missions in story mode are always in the same order, and you will go with Max through various challenges. What’s interesting is the non-linear dialogues happening between the missions. There is the chance to work on some characters’ relationships and change the outcome of their life.

Do you have any plans to add co-op or PvP modes to the game?

The story mode is strictly single-player. But for Endless mode, we are working on 4-player co-op and PvP mode, which will be available after the game’s launch. And if everything goes right, multiplayer will also feature a friend pass. So only one of the four players needs to own a copy of the game.

We target eight hours of gameplay for the story mode. And six additional hours minimum for beating the endless mode. But since it’s endless, you can imagine spending much more time than finishing a basic set of challenges.

What was behind the decision to not long on previous-gen platforms?

We are a small indie studio. We have limited resources. And when we face the decision, we hope it is not hard to imagine that making the game for current-gen and modern PC will be much more seamless for us. We never decided not to release the game on previous-gen platforms. We are just not promising that now, so we can do that later when we are sure that the game runs well on these consoles and we can handle it. So, it’s more about responsibility to the players too. We don’t want to release the game and patch it later with the knowledge that we maybe shouldn’t do it in the first place. 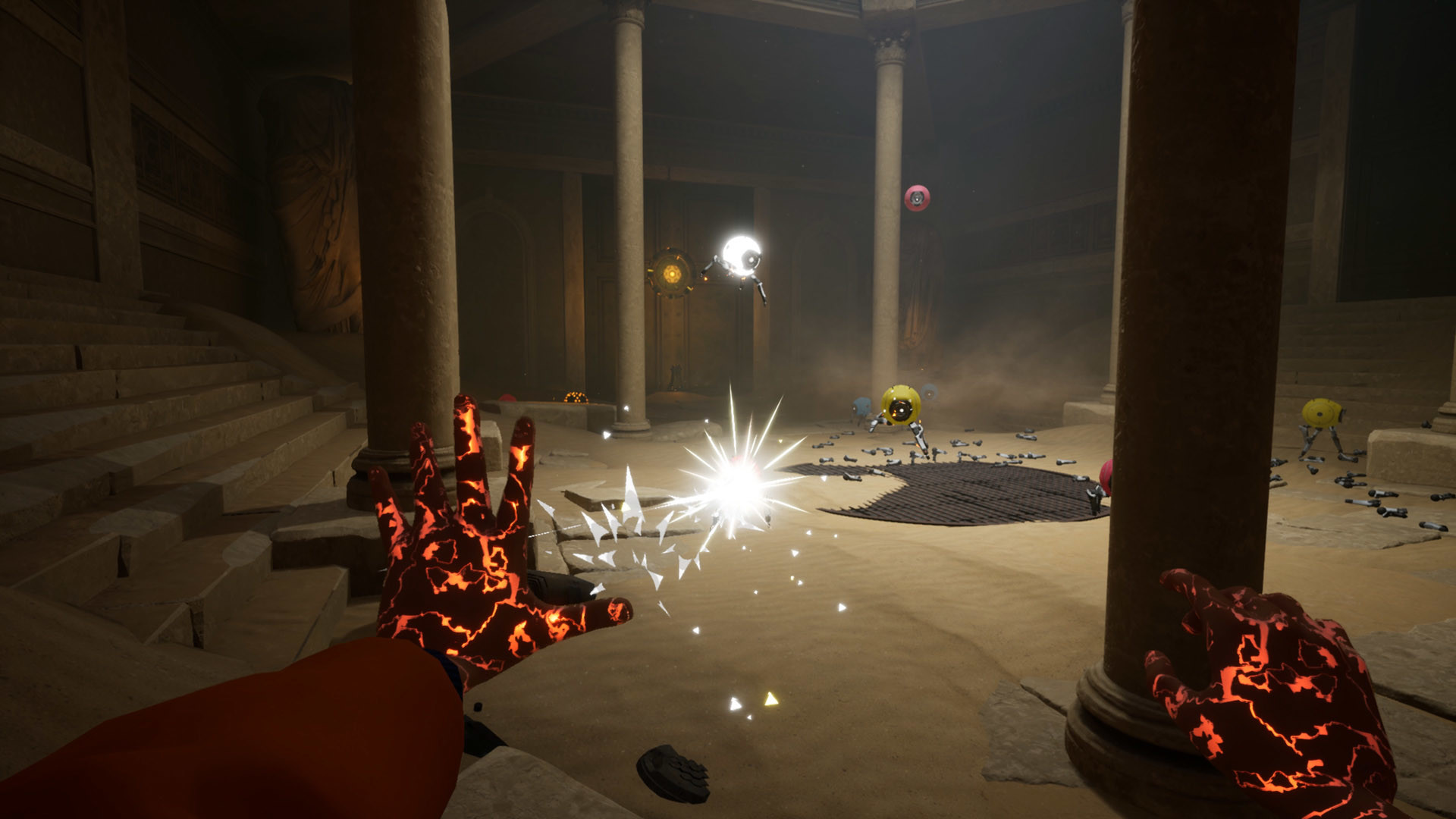 "The story mode is strictly single-player. But for Endless mode, we are working on 4-player co-op and PvP mode, which will be available after the game’s launch."

Will Matcho eventually release for the Nintendo Switch?

This is tied to the question of previous-gen platforms. The Nintendo Switch version, if released, would be stripped of some essential features. So, it’s a no for now. But we are still looking into it.

Given that you have now worked on all the current-gen consoles, I hope you don’t mind answering some questions about their hardware. Since the reveal of the PS5 and Xbox Series’ specs, many comparisons have been made between the GPU speeds of the two consoles, with the PS5 at 10.28 TFLOPS and the Xbox Series X at 12 TFLOPS. How much of an impact on development do you think that difference will have?

We would love to contribute to the discussion, but it’s still too early to answer. We can say that, at least for us, the difference in performance, thanks to Unreal Engine and how close both consoles are, is not so noticeable (for Matcho). The performance is similar. But it’s too early to confirm all the aspects. We are at the beginning of the optimization process. There is still a vast amount of work ahead of us.

Better loading times are always pleasing to see. And we hope that our game will benefit from it too. It’s vital to say that we are not AAA developers. We are glad to see the game is working and stable. Right now, the game loads quickly on all systems where testing.

I have an Xbox Series S personally at home, and it’s not the most powerful machine, but it’s great. We hope we will be able to optimize the game on Series S. It is hard to say which resolution and how much FPS it will take for our game now. But we will have some data closer to the launch of the game.

We don’t have anything to share regarding this yet. But we can see only the benefits of making Super Resolution available to PS5 and Xbox Series X/S players. It will help games get better fidelity to larger screens. Thanks to that, even the most demanding games can potentially run in 4K at 60 FPS, which many game developers have currently dreamed of. 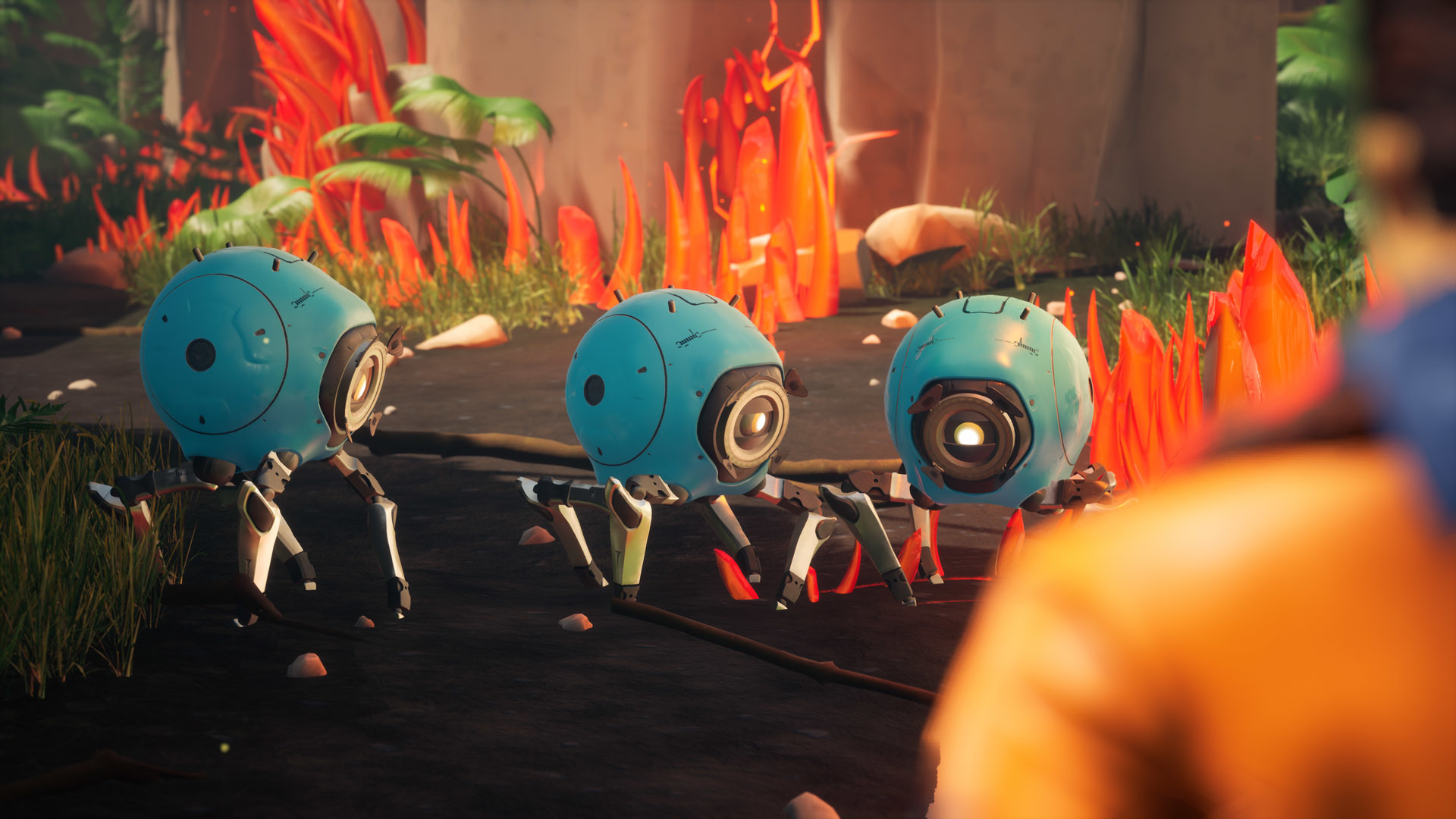 "The Nintendo Switch version, if released, would be stripped of some essential features. So, it’s a no for now. But we are still looking into it."

Our target is to support Full HD resolution at 60 FPS. And based on the various preset settings – if you prefer performance or quality, you can decide to get 4K at 30 FPS or upscaled 4K at 60 FPS. But as stated above, Super Resolution could potentially change this.

Do you have any plans to optimize the game for the Switch Deck?

We have one Steam Deck in our studio. And we also like the Nintendo Switch. But again, we are also a small team whose primary focus is to release the game on PC, Xbox Series X/S, and PS5. Later down the road, we can focus on optimizing the game so much for all the devices we think of. But in six people, we will focus right now on delivering the game to the three announced platforms.