Reactor – Online. Sensors – Online. Weapons – Online. All systems nominal in Piranha Games’ take on the MechWarrior franchise. MechWarrior 5 is a blast for fans who are familiar with the mechanics and music of mech combat- but for any player looking for something fresh to try out this winter season, this title might not suit your fancy for various reasons.

The year is 3015, and conflicts have erupted within the Inner Sphere, a piece of space dominated by colonized planets. These tribulations have called for contracts to hire mercenaries to do the dirty work, for conflict zones have disturbed the peace among the people. After a devastating attack on a friendly base, you will rise from the rubble of trouble and make your way across stars to take up objectives and fight off the opposing forces wreaking havoc on the people. 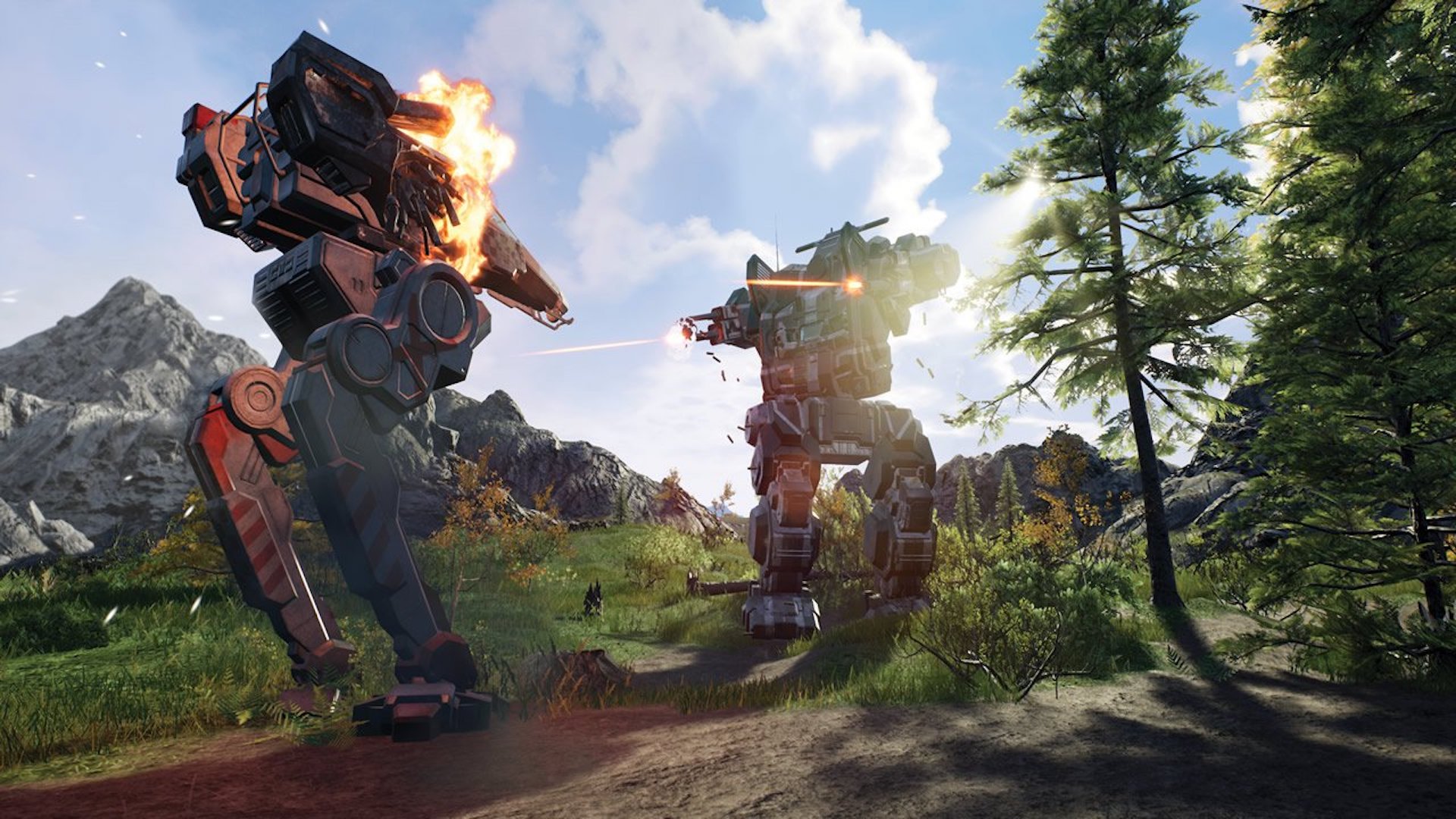 "MechWarrior 5 is a blast for fans who are familiar with the mechanics and music of mech combat- but for any player looking for something fresh to try out this winter season, this title might not suit your fancy for various reasons."

Piloting your gigantic mech amid the war-ridden battlegrounds is an invigorating treat, even for someone who isn’t too accustomed to mech simulators. The very act of entering a BattleMech and gunning out copters, tanks, and other enemy mechs makes the game feel fresh and alive, especially with the have AI pilots fighting alongside you and help you unleash more chaos on foes. Though the overall gameplay experience can get stale after a while, with 51 different types of BattleMechs featured in the game to customize a great deal,  there is at least some variety and freedom for player expression.

There’s also a pretty neat and simple economy system in place, which sees players working out their funds to adjust expenditures such as space travel fees, salaries for crew members, negotiating for contracts to progress the campaign, all while also coming up with a way to plan out future trips and missions without going broke in the middle of space. It works well and it gives the game another layer to work with when managing your supplies and mechs.

The main narrative that serves as the backdrop for MechWarrior 5 sees you stepping into the shoes of a commander of a mercenary company, and it is up to you to oversee the progress and growth of this company, as you travel across planets and take on jobs from those that seek assistance against enemy attacks. Sadly though, that’s all there is to it. From there, you accept contracts and talk to a few NPCs, and there’s some cursory story stuff here and there, but for the most part, MechWarrior 5 is largely concerned with getting you to customize and mess about with your stored BattleMechs and then take them out into the field to cause some mayhem.

And even though it helps that you can hire AI pilots – who help spice up the adventure aspect of space warfare – ultimately, none of the objectives handed by the game really have any heart to them. It’s a case of style-over-substance, with not much heart being put into the story, and it seems to mostly just be there as a backdrop for the action. It’s not a terrible flaw, but it adds to the repetitive nature of accepting a contract, going on that mission, and taking what you get from either a successful win or an agitating death or failure. 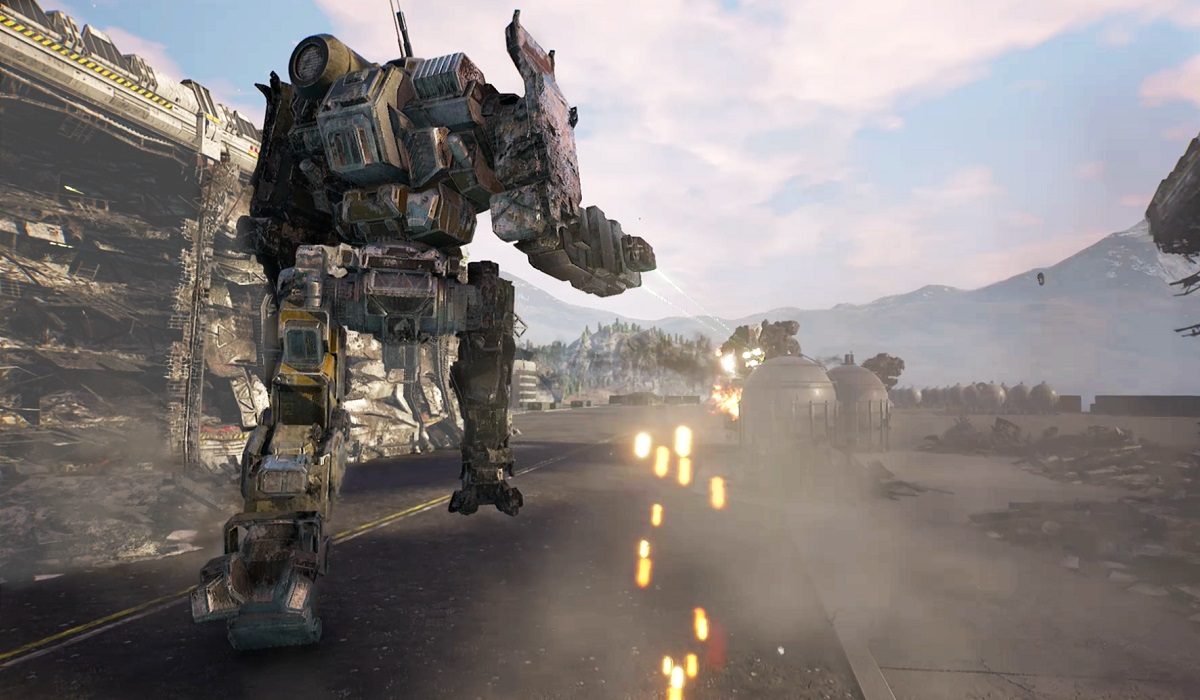 "It’s a case of style-over-substance, with not much heart being put into the story, and it seems to mostly just be there as a backdrop for the action."

Where MechWarrior 5 doesn’t falter is with its soundtrack and sound design. The OST is an odd mix of synth piano keys and guitar riffs, and it’s strangely fitting for this particular title. There’s the distinctive synth loop that can be heard throughout the game, and to complement that the intense percussions, which, when, played during intense combat sequences, certainly ratchet up the atmosphere.

All the machine gun and missile firing sounds loud, just as it should, and as you’re stomping through environments in your mech suit, the sound design contributes a great deal toward lending that much more authenticity to all the carnage you’re unleashing with your weapons. Shooting down a gunship and watching it burst into flames while your allies destroy any straggling enemies, with guitar riffs blasting in your headphones in the background, is as fun as it sounds. These moments are the purest essence of the game, and without a doubt the highlight of the experience.

Unfortunately, when it comes to the graphics of the game, the frame-rate tends to drop when the action is getting too hectic during combat, such as when too many explosions or destructive effects are being show on-screen. Performance issues aside though, MechWarrior 5: Mercenaries looks pretty good, with gorgeous environments that look even more detailed and beautiful through the first person cockpit PoV. Each biome and location feels unique in its presentation, to the extent that during my playthrough, I was almost reluctant to switch to third person view and possibly miss out on all the details. With a nice infusion of old school inspiration with modern visionary, MechWarrior 5 achieves an interesting visual aesthetic- it’s just a shame that it’s often let down in combat by the aforementioned frame-rate dips. 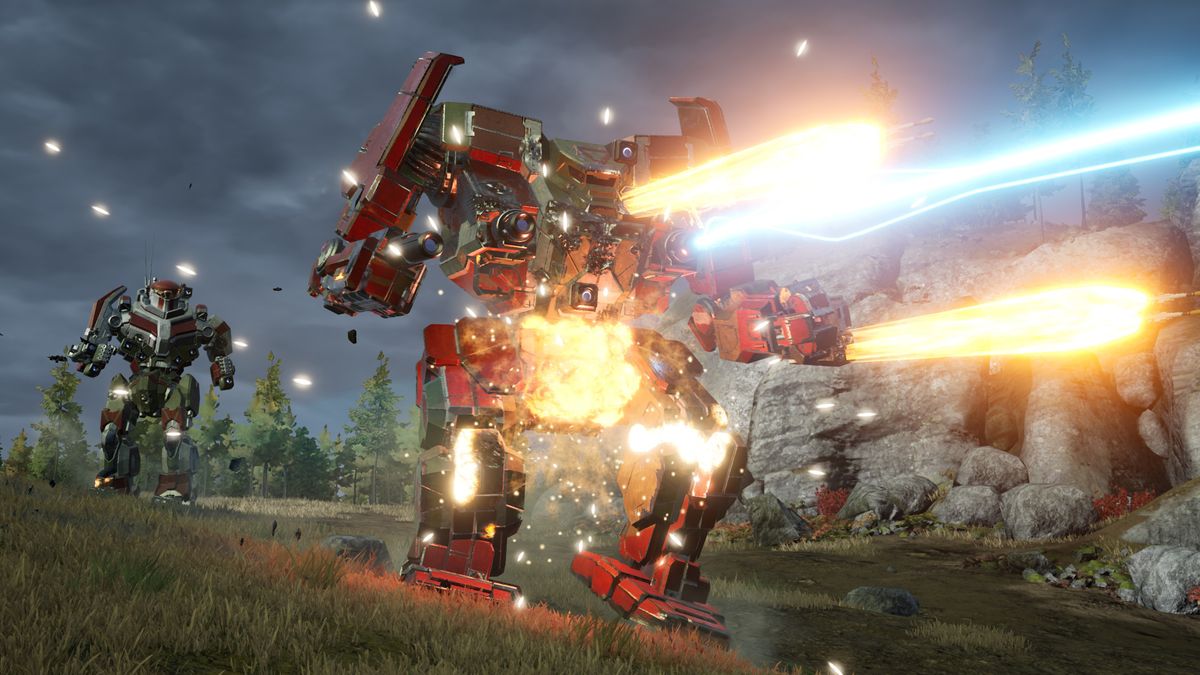 "With a nice infusion of old school inspiration with modern visionary, MechWarrior 5 achieves an interesting visual aesthetic- it’s just a shame that it’s often let down in combat by the aforementioned frame-rate dips."

For those looking for replayability in MechWarrior 5, something that will come in very handy is the Instant Action mode. Instant Action allows youto generate you own scenarios with different biomes and game types to fit to your liking, within the game’s given parameters. With other players and/or AI pilots, you can select any mech of your choosing to bring into battle- and you just go from there. From the smashing insanity of Demolition to the track-and-kill objectives of Assassination, when played online, MechWarrior 5 transforms into a sandbox mech shooter that can potentially deliver a lot of enjoyment.

While Instant Action can uplift the replay value of the game though, the slow progression of the single player experience is enough to turn one away from the repetitive nature that comes with the title. The story doesn’t do enough to make you care, and though customization and combat are fun, other issues like frame-rate drops or the repetitive mission design hurt the game a great deal. For fans of pure mech action, there’s enjoyment to be found in MechWarrior 5, but by and large, this is a game with a lot of unresolved issues that ultimately hold it back from being anything more than passingly fun.

Piloting a mech is pretty cool in first-person; Soundtrack fits nicely with the action.

Final Verdict:
FAIR
For fans of pure mech action, there's enjoyment to be found in MechWarrior 5, but by and large, this is a game with a lot of unresolved issues that ultimately hold it back from being anything more than passingly fun.
A copy of this game was provided by Developer/Publisher/Distributor/PR Agency for review purposes. Click here to know more about our Reviews Policy.