I must admit that one of the major reasons I game is due to a game known in fan circles as Metal Gear Solid. Now that also means that I am one of the biggest fans of the person who made it. Yes, I am talking about Mr. Hideo Kojima. Our UK out reach coordinators Joseph and Alex got lucky and got a chance to meet with the legend. Check out the images and their experience.

When the opportunity came for us to meet Hideo Kojima, and Yoji Shinkawa, at the signing for the latest release Metal Gear Solid – Peace walker, you’d better believe that we were excited to go and meet them.

For the small few who are somehow unaware of just who Kojima and Shinkawa are, then hang your head in shame. Kojima is infamous for his work as creator and director of the Metal Gear Solid Series, as well former vice president of Konami. Shinkawa, on the other hand, is a famous artist and character designer, famous for conjuring the design for metal gear solid’s main protagonist, Snake. 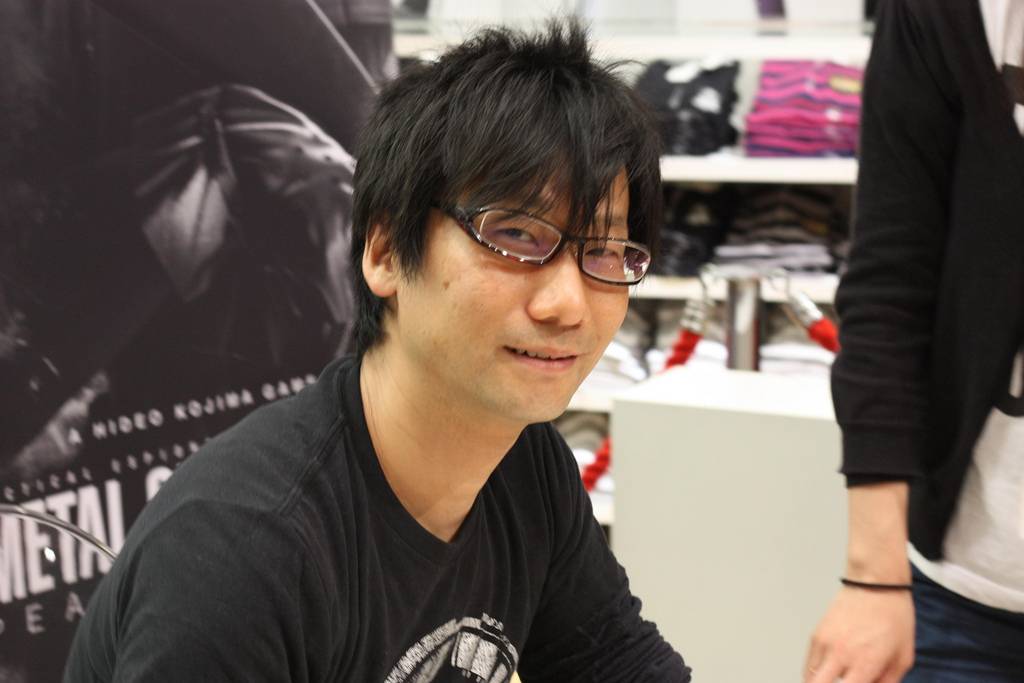 As you can see from the Job descriptions of them both, we definitely had our work cut out. After asking the several security guards, we heard that people had even been queuing up to the event since 10pm the following night; we got there at 9am on the day, and weren’t allowed entrance at all. However, luck was on our side and 30 minutes before Kojima and Shinkawa were to stop signing, we managed to sneak in, ironically.
After ditching our sneaking suits, and cardboard boxes (MGS pun. Hah hah…) we got to meet the infamous twosome. A couple of handshakes later, photographs, signatures, and awkward silences, we got our hands on Peace Walker. Peace walker, was released on the 18th of this month, and was very nice to play, graphically; it was very well done, with graphics closely resembling that of metal gear solid 3. As for its game play, it was astounding. From the 5-10 minutes we could actually play the game, gathered that it would be as big as the rest of the series.