Metal Gear Solid 5 The Phantom Pain Is An Unfinished Game, Had A Chapter 3 As Well

It seems like Episode 51 was not the only thing that was cut from The Phantom Pain.

Metal Gear Solid 5: The Phantom Pain is a fantastic stealth action game. As I noted in my review, the gameplay mechanics are unique, something that will keep you hooked for hours. However the story feels unfinished and it ends abruptly. Around the game’s launch we got to know that Mission 51 that was cut from the final game, explained Liquid Snake and Big Boss’s intentions further. However it seems that Mission 51 was not the only thing that was removed. A whole chapter was removed as well.

The game currently has two chapters that are titled Revenge and Race. However according to users at Facepunch forums who extracted data from the gane’s files have revealed that there was supposedly a third chapter as well, titled Peace. We are not sure what that chapter contained except that the title card was found in the game’s files. Furthermore, textures of The Boss (clearly evident by that S shaped scar) were found in the game.

That is not all. I have been following the game ever since its announcement and after completing the game, I have observed that several scenes which were shown in the pre-launch trailers never actually made it to the game. For example the burning village scene and Snake screaming in the E3 2014 trailer, African child soldiers being trained by their master and a prisoner getting shot from the E3 2013 trailer, the mission based in Africa which was showcased in the TGS 2014 demonstration along with the PS4 cardboard box are no where to be found in the game.

This is indeed disappointing that despite being an extremely polished title, the story elements of the game along with an entire chapter were dropped. There may be even more chapters that were possibly dropped. Who knows at this stage? And honestly we may never know the truth behind these questionable edits. Ever game undergoes content and gameplay editing for refining purposes but in The Phantom Pain’s case, the edits are fishy. Something happened during the game’s development which affect the vision of the title.

It’s rather funny that despite all the heavy cuts, The Phantom Pain is still a remarkably fantastic game. It begs the question: What was the original vision behind the game and how much of that we are seeing in it? A question that perhaps will never be answered. 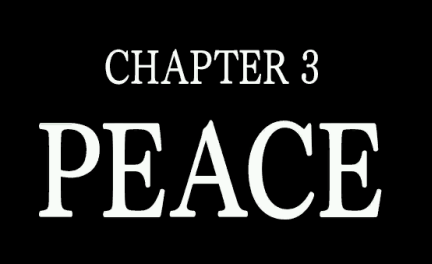