Let me start this article by saying this once again, I am a huge Metal Gear Solid fan and when I watched Metal Gear Solid: Philanthropy a couple of weeks back (I know I am late), it got me all excited and I decided to do an interview with the folks at Hive Division, the people behind the movie. I was able to get in touch with Valentina Paggiarin from Hive Division and the full interview is below for your reading pleasure.

GB:  Metal Gear Solid: Philanthropy is easily one of the best fan made movies we have seen in recent times. Where did you got your inspiration from?

Giacomo Talamini, and his long-time friend Gianluca Longo, decided to shoot the movie as a hommage to the saga they loved so much (especially Metal Gear Solid 2, who was a total inspiration to them). The result was The Prologue.

After this output, Giacomo wanted to “move on” and enhance the quality of their production, but they both understood that it was harder than they expected: it was Giacomo who decided to go on with the project, while Gianluca followed another path (still, they are great friend and share an insane passion about movie and cinema in general). He gathered a new team, set up Hive Division and he started working a new team that could deliver a better product…

GB: The movie is a non-profit venture for Hive Division. Is there any specific reason as to why it was kept that way? Our personal feeling is that Philanthropy is a must see considering the fact that there are not too many great video games based movies around and could have garnered more fans if it were to be screened in a cinema.

Metal Gear Solid: Philanthropy was born as a bet: we wanted to learn making movies out of nothing with a decent quality. Nearly NONE of the team was skilled in movie-making. We all had several professionality, but we were very young (20-25 years old) and we wanted to learn as much as we could. For this reason, we decided to invest our time to work together on this project, “exploiting” somehow the fact that it was based on a famous videogame to gather attention and to gather new people. It worked fine (although not everyone in the team has played or loves MGS, me for instance… I am a hardcore videogame player, but… I mean, MGS is not MY favourite, you understand me…).

Since we have never received any official communication by Konami, we knew that we could not sell a product with their trademarks (Solid Snake, Metal Gear) even if EVERYTHING in the movie is original (even the concept design of the Praetorian, the Metal Gear model that you can see in the final phase). 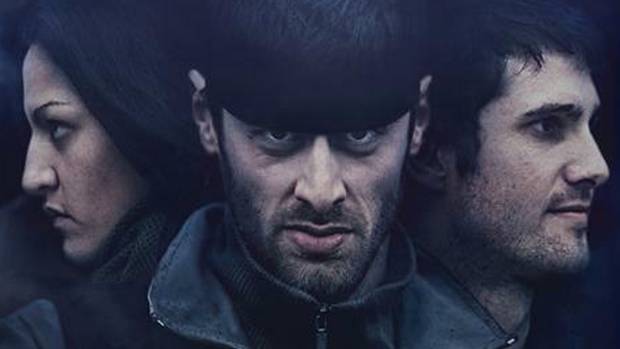 GB: According to the information we have, Hive Division invested almost €10,000 Euros (£9,000 GBP/$13,000 USD) in production. How difficult was it to work under that amount of restriction and converting that in to successful results?

Those €10,000€ (more or less) are the hypothetical expenses that we sustained, considering also the lent equipment. That is: everyone in the group spent some money for coming to the shooting, bought some equipment, spent money for the website domain… That estimate include the cost of the cameras we used to shoot (Panasonic HVX) and that were lent to us by a couple of friend (on of them is Mattia Gri, the DoP of the movie who used his own working equipment, the other one was provided by ARVmusic, a music production house). So, it was hard, because we had to face the fact that, in most cases, we didn’t have the proper equipment or propps for what we were doing, but we found a lot of support and, anyway, we used the money we earned working on commercial projects (not that much, actually) both to live together and to buy the very necessary things (costumes, lights, etc.).

We could work with such a small amount of money because all the team worked for free and out of passion: that was the “highest” cost we could avoid (paying professionals that worked with us for free) and that was possible because all the team had a lot of fun working on the project. They had such fun that now they are totally willing to work together again… and we are satisfying them with brand new and original projects to work on right now!

GB: How difficult was it to fill the cast considering the fact that a movie based on Metal Gear Solid needs strong characters?

Ok that was hard. Very hard. Giacomo Talamini, the director, didn’t want to be the protagonist, but he spent nearly one entire year looking for a suitable actor… We received VERY awkward proposals and CVs… I mean, it was HARD to find someone for the role of Solid Snake, so Giacomo decided he himself was the best pick. Also because it was safer: since we could not pay the actor, we had to be sure that he was going to stay until the end!

The other actors are people that Giacomo met during his life and they are theatrical actor or VERY skilled friends.

They have been amazing because they shoot in VERY difficult conditions, in uneasy places, giving their best, bringing their own costumes and repeating the scene as much as possible to match Giacomo’s requests. Unluckily, we didn’t have much time during the shooting, so they could not be trained properly, but they were always available, generous and… great! Consider that the actress, Patrizia Liccardi, LENT her house for TWO YEARS to Hive Division to make us complete the movie (we needed a place to work together). You can understand HOW much they were involved in the project!

It was hard to find them, but they were a perfect pick 😉

GB: One of the things that I really appreciated about the movie was the outstanding camera work. It is indeed pretty close to what we see in MGS games. Did you guys actually played a lot of Metal Gear before you took any shots?

Giacomo is indeed a great fan of the series. As you know for sure, the camera work is very important for Kojima, too, and Giacomo tried to re-create that in the movie. By the way, Giacomo’s inspiration is not only MGS: he likes directors such as Michael Mann and Mamuru Oshii, and I am sure that a couple of sequences, in the movie, are a hommage (conscious or unconscious) to their style.

GIacomo did not play MGS before the shootings, he just played it a lot in the past 😉

GB: Philanthropy has its own unique story line, why did the team at Hive Division never went for the original plot from the games considering that it is something that the fans are aware of?

The interest of the team in the project was also caused by the original story: people was interested in how Giacomo re-created the MGS world without actually copying it. Moreover, the plot of the game is the plot of some videogames, and there are some major “issue” when adapting a videogame story for a movie: for instance, if Snake were alone during all the movie, it could be quite boring for the spectator (while in a game, where you are acting and playing, you don’t have this kind of limitation).

It was also a “test”, because we are now working on our original stories and Giacomo gave a try writing one himself. 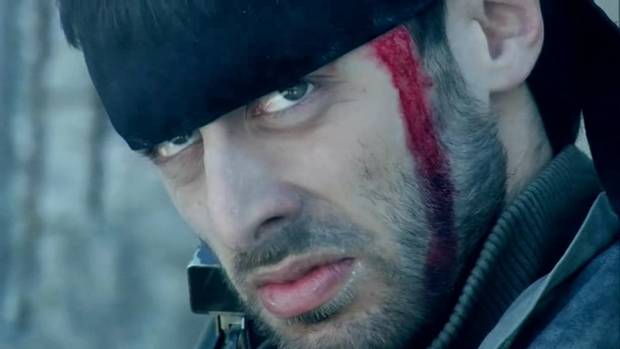 GB: Did you ever think that the movie might get a negative reaction since it introduces new characters which were actually not present in the game?

Yes, that was a risk. But it was a necessary risk, since we could not make a movie with only one character (Snake) who is quite a taciturn and a loner.

Luckily, we didn’t receive any criticism about the characters (Leclerc is quite appreciated, actually)!

GB: The movie ends with a cliff hanger with lot more questions left at the ending of Philanthropy. Can we expect a sequel very soon?

The two sequels to this movie are already written. Unluckily, we cannot afford another fan-production of 2 or more years without a direct feedback from Konami. We may start and then be stopped in the middle of the production, and that would be awful.

We know that we cannot leave everybody waiting for “what will happen next”, so soon or later we will “disclose” the story, somehow!

By the way, all the team would be enthusiast of working on the two sequels, so if we will have the chance, we certainly will! 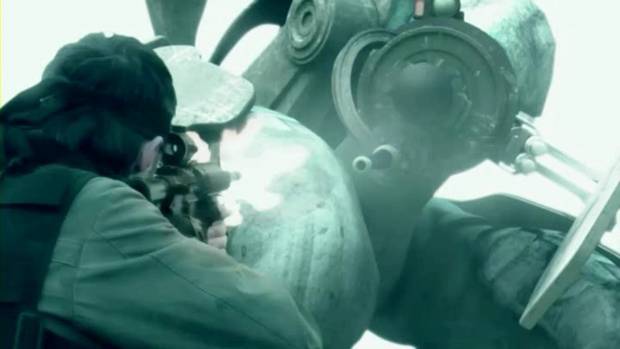 GB: Is there any other project Hive Division is working on? If yes, will you like to share some details with us?

Yes, we are now working on three different projects.

We are working on two visuals-demo of our projects: those are trailers that should represent in a nutshell the essence of the projects. Visualization, characters, style, themes, and so on. One of this visual is the story of two Italian soldiers during WWI (yes, World War I, not II), so not sci-fi.

The other one is a high-profile science fiction movie trailer, set in 2051, in Venice and it is about… Wait! You are a journalist! I cannot tell you all this!

The third project is a full-lenght movie we want to shoot next year: we found a couple of AMAZING locations that are at our disposal (legally, if you ask it) and so… We are writing the script and we’ll start the pre-production phase in January.

Of course, all this with NO BUDGET at all! We are looking for financers and founds, though, and, by the way, we have the team and we will work on our project no matter what!

I’m sorry I cannot telly you more, but we’ll talk about everything on our website, little by little, I promise!

GB: Is there anything else you want to tell us about Metal Gear Solid: Philanthropy?

Making the movie has been a great experience: we met a lot of awesome people, we worked hard, we learnt a lot.

We are still amazed of the answer the Net gave us: warm, enthusiast, critic and exciting. We hope that other people will do the same, since making movies out of nothing IS possible, and I am sure that if people understand this, independent movies will grow again and again!

We also want to thank everybody that lend us a hand (supporting us, lending us equipment, allowing us into locations, asking for interviews): the interest and curiosity of people all around the world was fundamental to us!

We thank the team at Hive Division and specially Valentina Paggiarin for giving us chance to interview them. For the full movie and more information check out here, http://www.mgs-philanthropy.net