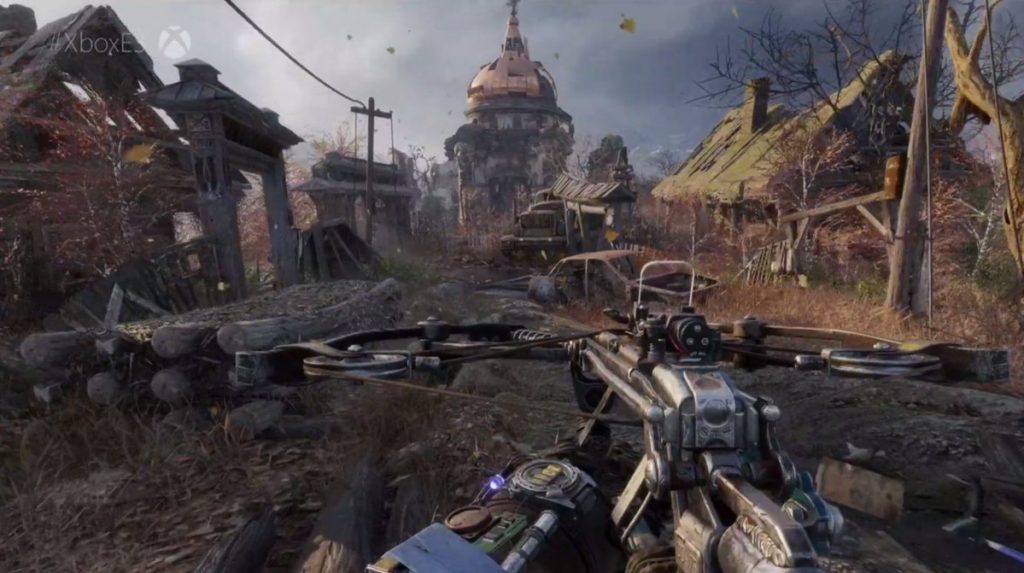 Metro Exodus is the newest game by the creators of Metro 2033 and Metro: Last Light. The game was announced during Microsoft’s E3 press conference earlier today, and was confirmed to be running in 4K on the Xbox One X.

The game looked amazing- it actually looked like a Fallout 4 with graphics that aren’t utterly terrible, and the action looked to be dynamic and immersive. It’s signature Metro, but realized in the next generation- it will be really great to play one of the most atmospheric shooter series of all time, but in 4K and HDR.

No release date was announced, and we also don’t yet know whether the game will be exclusive to Xbox, or if it will also be hitting the PS4. Stay tuned to GamingBolt, however, and we will keep you posted on all the news and coverage from E3, including from Microsoft’s E3 Xbox press conference as well.